It’s the start of the new year, and that means Epcot’s Festival of the Arts is just around the corner! 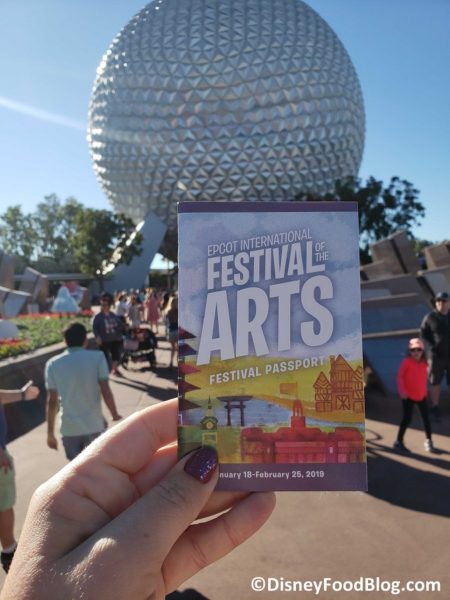 Epcot’s 2019 Festival of the Arts Passport

Although we’ve given you a look at the Disney on Broadway Concert Series, dining packages, workshops, and food coming to the festival this year, we’ve got another sneak peek to share with you!

The Food Studios booths have started to pop up around the World Showcase (and we are so ready to get our snack on!). There are officially 12 booths at the festival this year!

Booths like the Goshiki Booth set up near the Japan Pavilion have begun to make their way into the park! And, of course, they say coming soon! This year, Goshiki will be serving up Taiyaki, a Sushi Donut, Vegetable Gyoza, Nigori Sake Cocktail, and more. 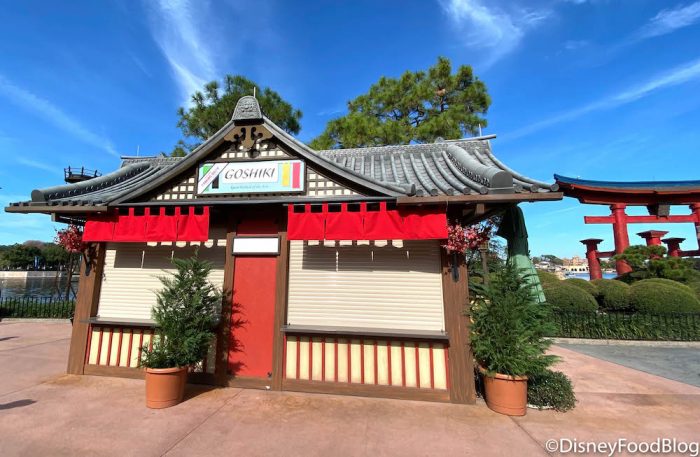 Check out the FULL Festival of the Arts MENUS here!

Aaaand, we also spotted the L’art du Cuisine Française Booth near the France Pavilion too! Guests can try the Crème de Brie en Petit Pain, Tomate Farcie Faҫon Paul Bocuse, Moelleux Aux Chocolats Valrhona, and Frozen French Martini at the booth. Are you as hungry as we are now?? 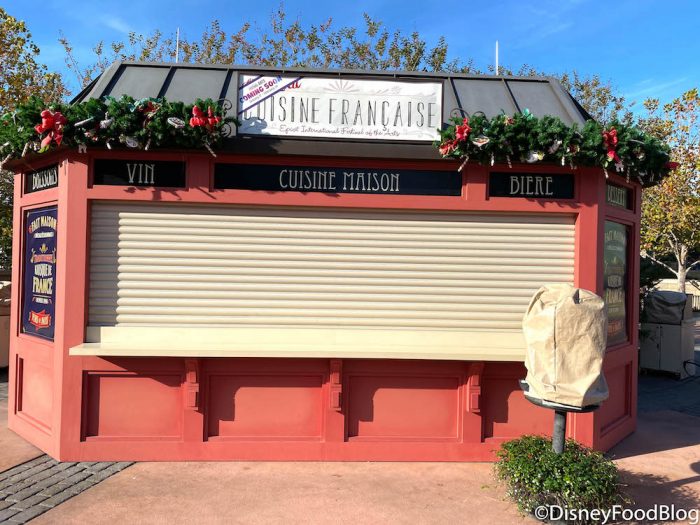 In case you’ve never been to the Festival of the Arts (which you should ASAP!), the event celebrates the Culinary, Visual, and Performing Arts with lots of food, artwork, music, and activities that the whole family will enjoy! This year’s festival will be running from January 17th through February 24th, 2020.

Check out the FULL MENUS for the Food Studios coming to the Epcot Festival of the Arts HERE!

Will you be going to Festival of the Arts this year? Let us know in the comments below!