Is it just our imagination, or did we just spot the CUTEST new treat at Disney California Adventure?! 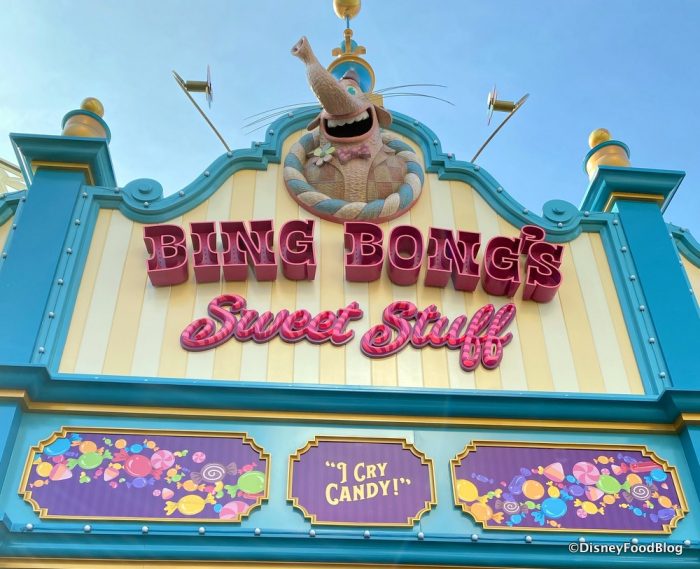 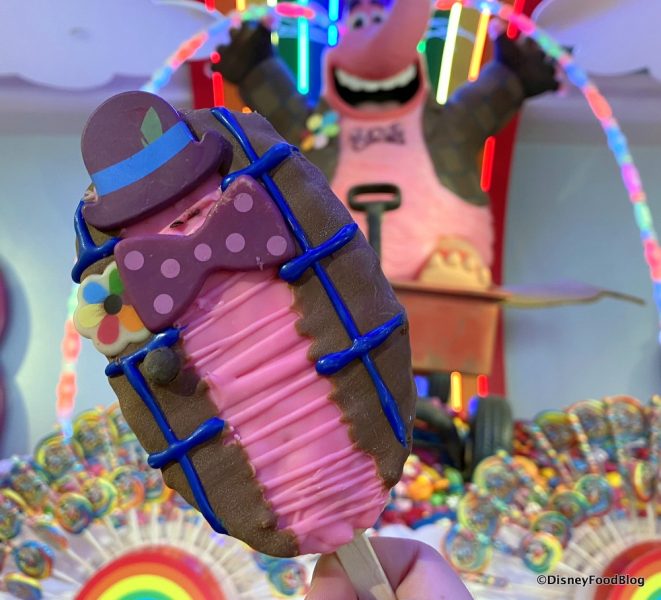 Okay, so his formless body does slightly resemble a hot dog bun if you blur your eyes a little, but that only makes him more entertaining! Besides, the Bing Bong Krispy Treat really reminds us of one of our other favorite treats, the Bing Bong Caramel Apple. 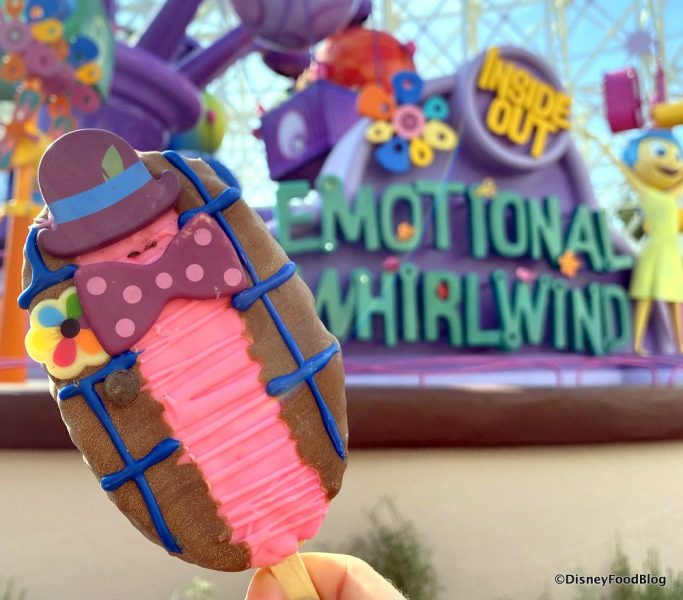 Biting into the Bing Bong Krispy Treat, we really enjoyed the sweetness that came from the white and milk chocolates mixed with the marshmallow from the krispy treat! Unlike the Mickey Donut Krispy Treat we spotted earlier at Disney California Adventure, this one isn’t filled with peanut butter, but it’s still delicious! 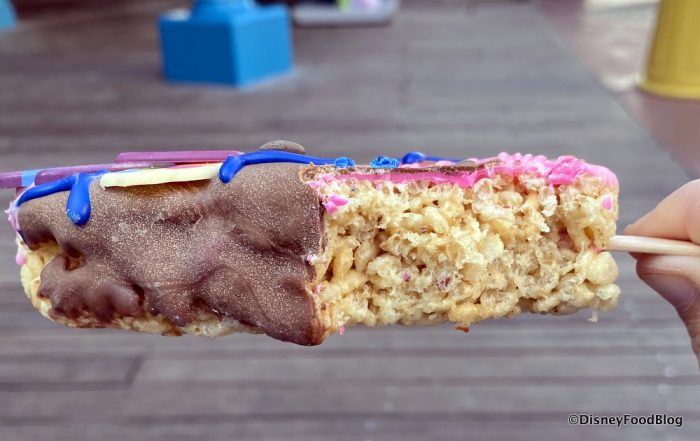 You can pick up the Bing Bong Krispy Treat from Bing Bong’s Sweet Stuff Confectionery in Disney California Adventure for $5.99!

What do you think of the new Bing Bong Krispy Treat? Let us know if you’ll be trying it in the comments below!

« No Bundts About It! This New Polka-Dotted Cake in Disneyland is Absolutely Adorable!
It’s Almost Time to Celebrate — The Lunar New Year Booths and Decorations Are UP in Disney California Adventure! »