So you’re up on the history of the Disney Parks and how your favorite rides came to be after binging The Imagineering Story and Behind the Attraction a million times on Disney+. But what about the rides that could have been? 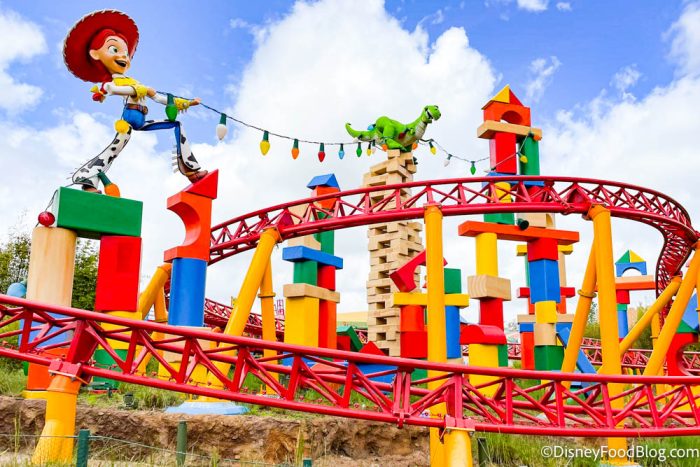 We’ve been doing a little digging into some of the AWESOME attractions that were never built in the parks. (Trust us, you’re going to wish you could ride these!!) So, put your head back, face forward, and hold on because these never-built Disney attractions are WILD.

The Nightmare Before Christmas

If you’ve ever wanted to travel all the Halloween Town to visit Jack Skellington and Sally, the proposed The Nightmare Before Christmas ride would have taken you on the spookiest trip EVER. Originally planned as an attraction next to Disneyland’s “it’s a small world,” you would have sat in a flying coffin and soared through the story of The Nightmare Before Christmas. Although it would have been AMAZING (can you imagine a life-size Jack animatronic in a flying Santa sleigh?!), Tim Burton disagreed to the attraction before it was built. 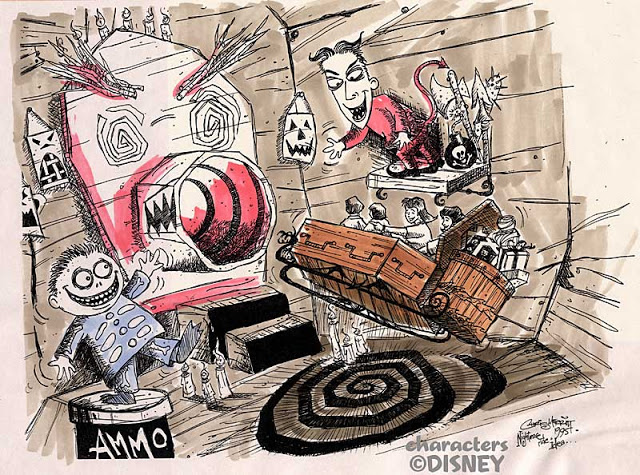 You can still experience some of the ideas from the original concept in the Haunted Mansion Holiday overlay every year in Disneyland. However, we still wish the ride inspired by the hit film could have been built. Nowadays, it could easily be a popular E-ticket ride (but we’d wait forever in a line for this one!!).

We’ve seen a few revamps come to the World Showcase before with Frozen Ever After and the Canada Far and Wide film. And, the Japan Pavilion almost saw a huge update and an even bigger mountain! The pavilion would have received an incredible renovation with the Mt. Fuji Roller Coaster that was planned. The track would have run on the inside and outside of the mountain — like the Matterhorn Bobsleds in Disneyland. 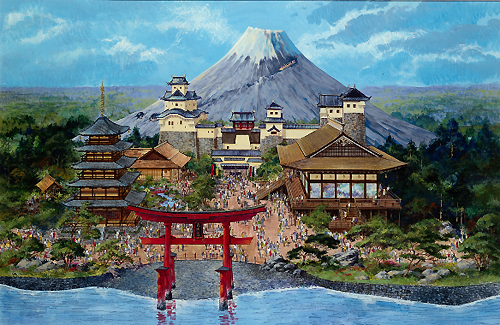 While it would have been Epcot’s first roller coaster (which is now the Guardians of the Galaxy ride coming soon), the idea fell apart due to Disney’s involvement with Kodak. Since the photo company sponsored Disney World, it wasn’t too keen on their rival, Fujifilm, having prospects of being affiliated with Disney. Sigh, we’ll just daydream about the ride that could have been…

Also in the World Showcase, the Rhine River Cruise could have been Germany’s main attraction. The boat ride would have taken guests down the Rhine, Tauber, Ruhr, and Isar Rivers to visit the Black Forest, Cologne Cathedral, and Oktoberfest. 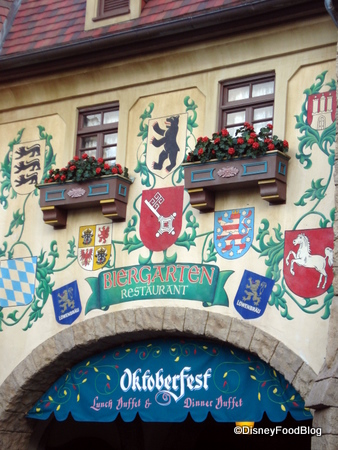 Unlike the Mt. Fuji Roller Coaster, though, the Rhine River Cruise’s concept got farther along. You can actually still spot the ride entrance and the building that would have held the boat ride next to Biergarten!

Atlantis: The Lost Empire happens to be one of THE most underrated Disney films ever made (Michael J. Fox is the lead, people!!). And, it was just the idea that Disneyland almost used to modernize the original 20,000 Leagues Under the Sea submarine ride. 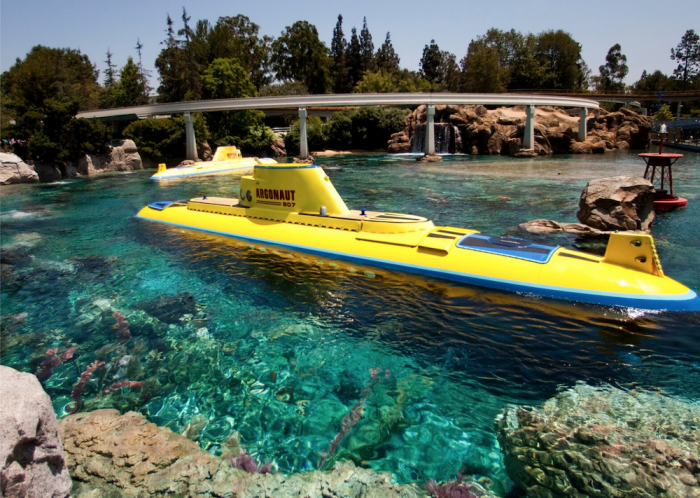 The submarine ride was going to be pretty interactive as it let guests use a mechanical arm to grab gold coins and gems on the “sea floor.” However, the film didn’t do as well as Disney had hoped (it deserved more), so the idea was scrapped in favor of the Finding Nemo Submarine that opened years later.

Before Frozen Ever After, there was the Enchanted Snow Palace (well the idea, at least). The dark ride inspired by the Snow Queen story (sound familiar??) would have been placed in Fantasyland. The boat ride would have taken guests through a river of melted ice under the Northern Lights. The scenes would’ve featured frost fairies, snow giants, trolls, polar bears, and other Arctic creatures. 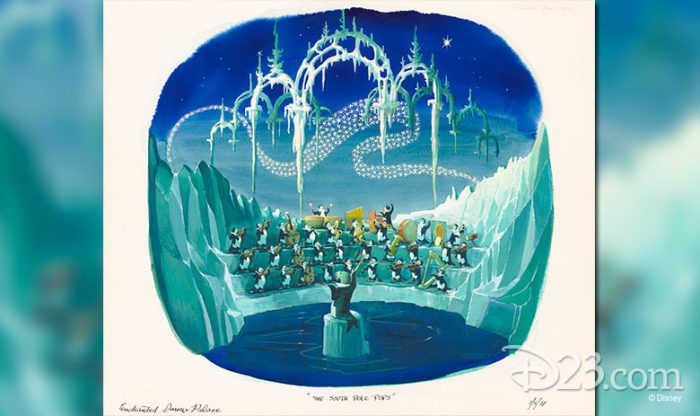 Although the ride would have been super cool, there was a call for roller coasters and thrill rides in Disneyland instead. While the Enchanted Snow Palace was switched out for Space Mountain and Big Thunder Mountain Railroad, a LOT of the ideas from the original concept were brought over to the Frozen film and Frozen Ever After in Disney World.

Speaking of Disneyland, did you know that there was almost an entire land inspired by Jules Verne and H.G. Well’s books? Discovery Bay would have been located in Disneyland with an array of unique rides that you can STILL read all about! One of the most well-known rides is actually around today, at least in spirit. Professor Marvel’s Gallery would have been a carousel theater show that featured whimsical and wacky scenes and characters. Two of the prototypes ended up getting reused and changed from Professor Marvel and his dragon sidekick into the Dreamfinder and Figment at Journey into Imagination in Epcot! 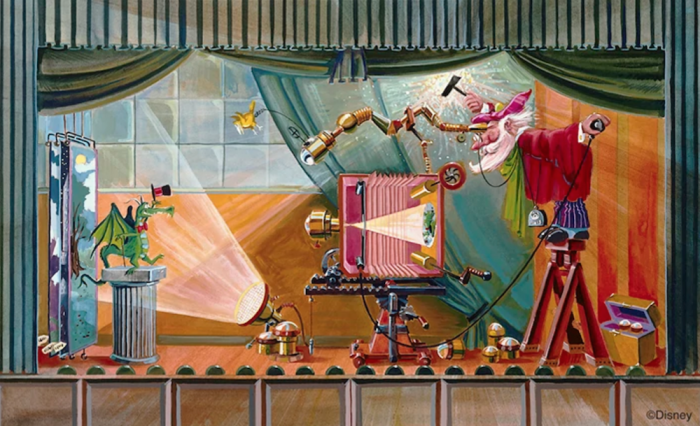 There was even an idea for a television miniseries called The Discovery Bay Chronicles that would have told the story of how Jason Chandler founded the fictional land. Although the process for building Discovery Bay and its rides was pretty far along, the movie The Island at the Top of the World that was inspired by Jules Verne bombed in theaters. At least we still have our favorite little purple dragon that came out of Discovery Bay’s long-lost creation!

When we got our first car, we couldn’t help but want it to be like Herbie the Love Bug. Although we might not be able to have a magical car, the proposed attraction would have taken you on a race through a track inspired by the films! 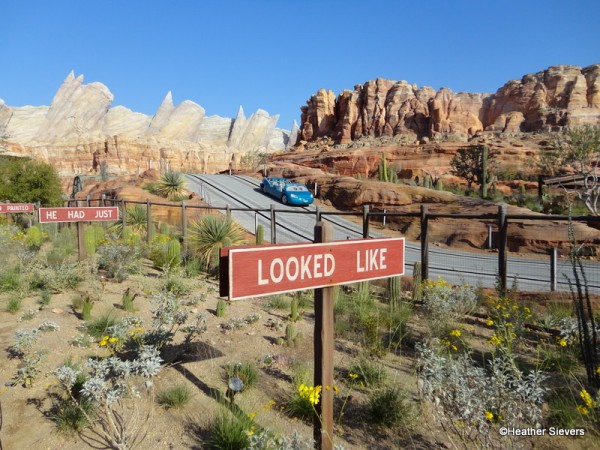 Guests would have hopped into Herbie cars that skipped across water, climbed up the Golden Gate Bridge, and finally split in half at the end of the ride. But we’re still happy to get our racing fix with Test Track or with Radiator Springs Racers! 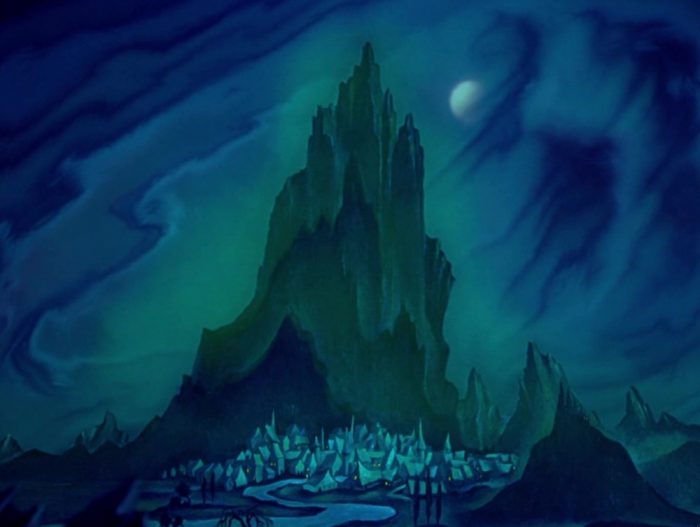 Although it wasn’t decided whether the ride would be a roller coaster or log flume, Bald Mountain would have seen several Disney Villains come together to pursue guests on their journey through the eerie ride. All the twists and turns would lead to the grand finale where you’d encounter the big, bad Chernabog, which would be AH-MAZING. In a final drop, you’d escape all the villains and exit the best Disney ride ever made (we assume ;D ). While the ride was originally thought to be too scary, we think that it would fit right into the parks now with Expedition Everest, Tower of Terror, Rise of the Resistance, and the Guardians of the Galaxy: Cosmic Rewind. 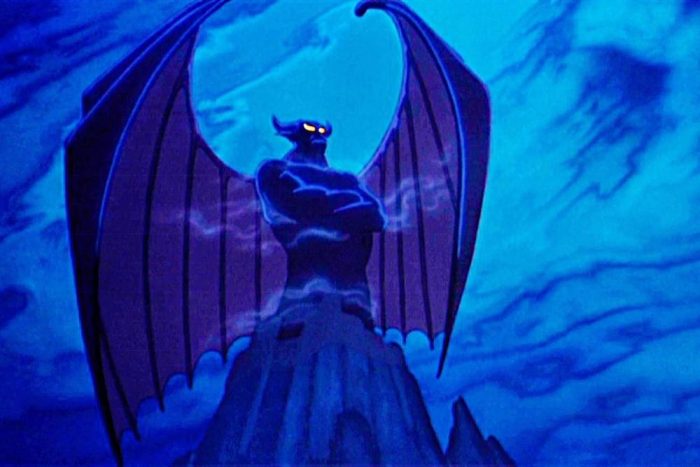 Honestly, we just want all of these rides to make their way into the parks. We know Disney has their hands full with Tron and the Guardians coaster, but we’d be pretty thrilled if we ever saw any of these old concepts come to life!

What Disney ride do you wish had been made? Let us know in the comments below!

« Disney Recipe: Learn How to Make Disney’s Grilled Three-Cheese Sandwich from Woody’s Lunch Box!
Chill Out AND Give Back With These Disney Coolers! »