As Disney World prepares for Magic Kingdom and Animal Kingdom’s reopening on July 11th followed by Epcot and Hollywood Studios on July 15th, we’re anxiously awaiting further details on the new reservation system which is being implemented to help limit each theme parks’ capacity!

And while Disney has reached out to APs with a word of thanks recently, launched a new AP webpage, and has confirmed the parks will reopen for a special Annual Passholder preview before opening to the general public, we also know APs will be required to have a reservation if they wish to visit.

We noticed Disney World has updated its Annual Passholder admission calendar today to reflect this recent change. The website also suggests APs check back to see if your desired date and park are available. 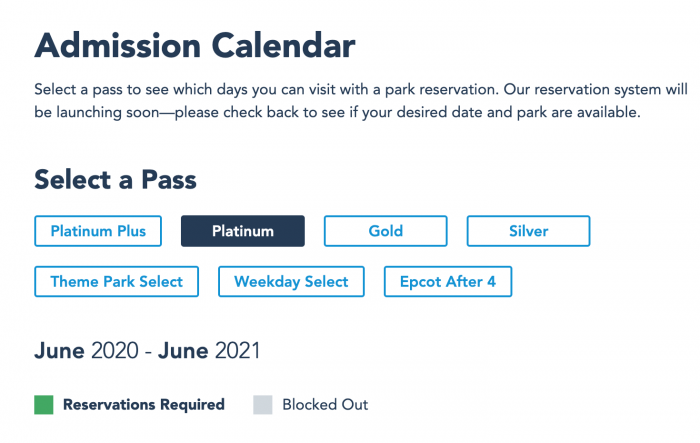 Days that are now shown in green now mean Disney World Annual Passholders will need to obtain a reservation before entering the theme parks. For Platinum Plus and Platinum APs, all dates from today through June 2021 are now showing green. Of course, these dates are subject to change once Disney World begins operating at its normal capacity again. 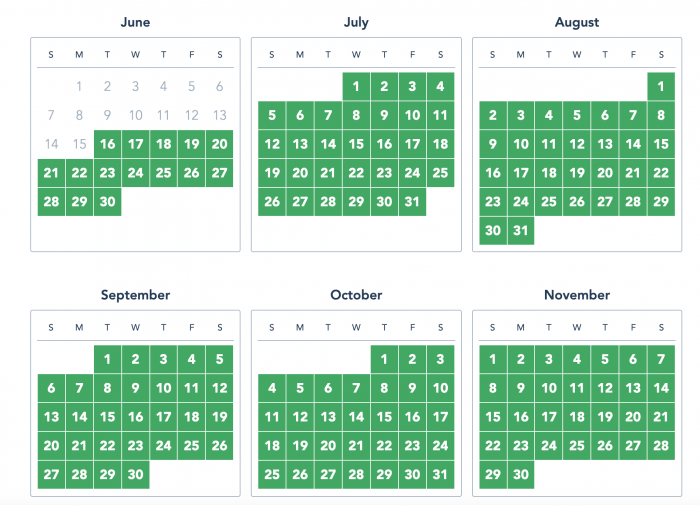 Any applicable blocked out dates are also still in effect based on the Disney World Annual Pass you have. As you can see, Silver members are still blocked from using their annual passes until August 7th. 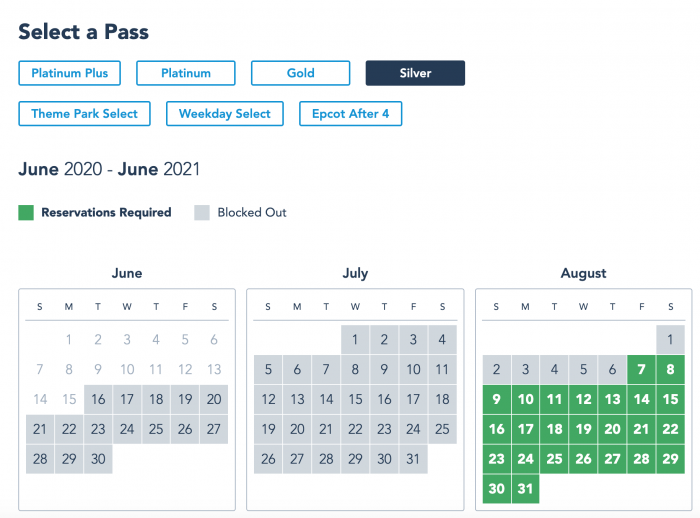 Could Annual Passholders get extra days added to their passes after the parks reopen? Learn more here!

Are you an Annual Passholder? Let us know if you’re hoping to attend Disney World’s early preview for APs in the comments below!

« FIRST LOOK at the New King Arthur Carrousel Minnie Mouse: The Main Attraction Series
The Disney Dining Plan Is Canceled, So Here Are the BEST Ways to SAVE When Chowing Down in Disney World »