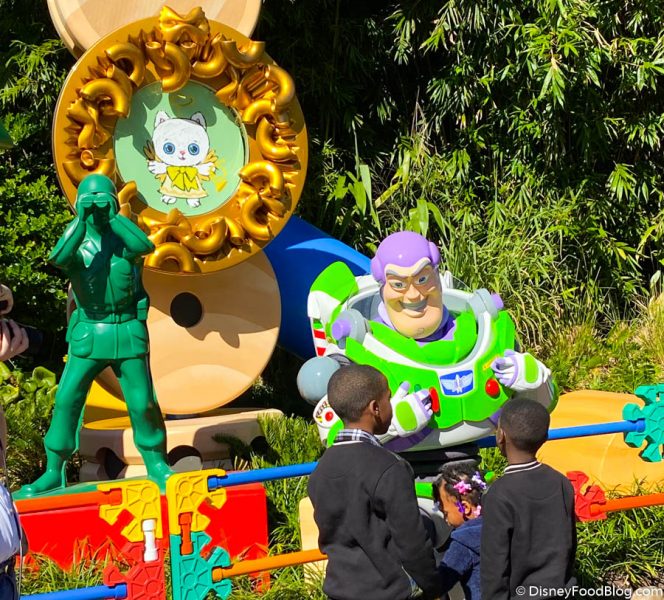 Since Disney announced that many of our favorite entertainment options would be unavailable (shows, parades, and character meet and greets) we’ve been wondering how we’ll interact with characters and performers in the reopened parks. Yesterday, we learned that characters will be VERY present in the reopened parks, and today, we’ve got even MORE info!

Yesterday’s news introduced the idea of special character cavalcades in Magic Kingdom, characters cruising through the waterways of Animal Kingdom, processions through Epcot, and motorcades through the streets of Hollywood Studios. “You never know when a party of your pals may come by, so be prepared for plenty of surprises!” 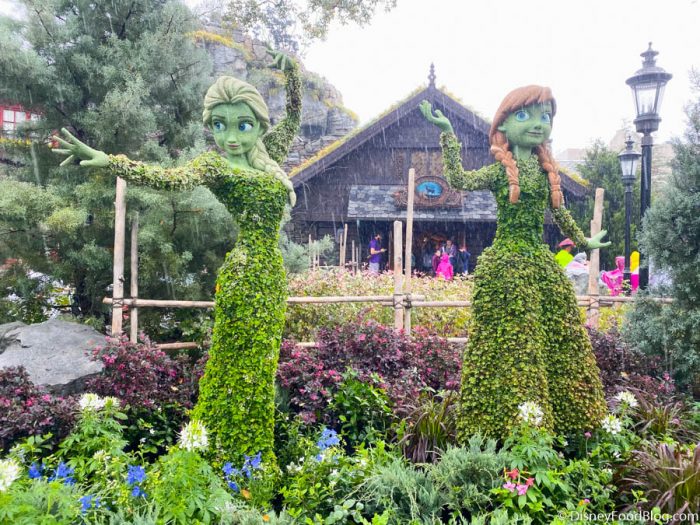 Anna and Elsa at Epcot’s 2020 Flower and Garden Festival

Now, Disney is getting even MORE specific about character interactions! You might have seen the way the Star Wars Stormtroopers are currently interacting with guests from a distance in Disney Springs; we’ll be seeing a lot more of that kind of encounter in the parks.

Specific characters we might see include Buzz Lightyear after we rocket through space in Tomorrowland, a captive Jack Sparrow in Adventureland, Anna and Elsa venturing on a journey (“Into the Unknoooooown”) around World Showcase, and members of the Resistance hiding out in Star Wars: Galaxy’s Edge.

And music lovers, rejoice! Some classic musical acts will be returning, too. We already knew about the return of Mariachi Cobre and the JAMMitors in Epcot, but Disney also just announced that we’ll be seeing Main Street Philharmonic in Magic Kingdom too!

We’re pretty excited about the return of some of our favorite characters and performers. It will be interesting to see how the modified experiences work in the park. As always, stay tuned to DFB for the latest updates!

Click here to learn more about character experiences in a reopened Disney World!

What do you think of this new way we’ll be meeting characters? Tell us in the comments!