We took a trip to Downtown Disney in Anaheim today! We had to get back and see what was new since its grand reopening a few days ago.

So we’re back and taking a look at all that’s new in dining and merchandise. Let’s go!!

We noticed MORE UMBRELLAS since our last time here. Hooray! This is a relief because we can always use more shade from the sun! 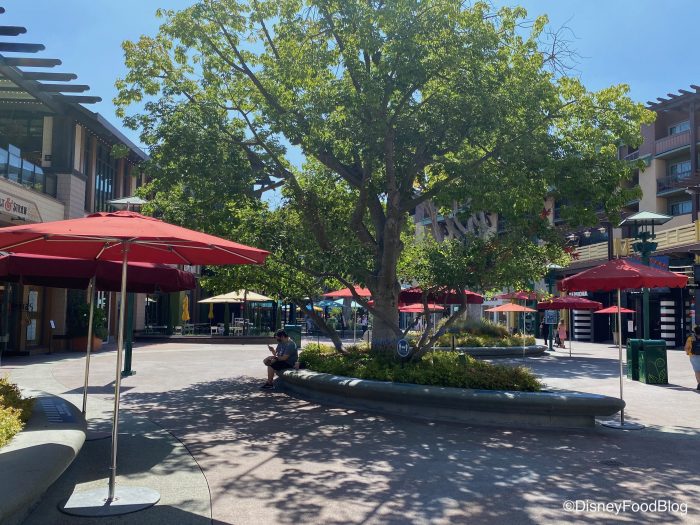 This should help keep everyone cooler as they wait in standby lines for shops or just a place to take a break.

It looks like a few of the Downtown Disney restaurants are preparing to open soon.

We caught this sign outside Ralph Brennan’s Kitchen Express. 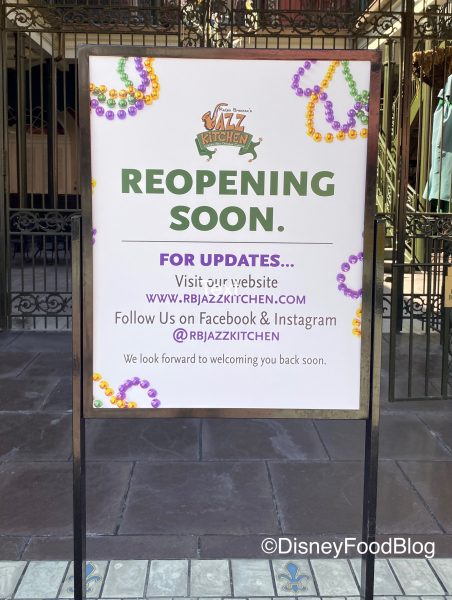 Tortilla Jo’s also had a sign saying it was opening soon. 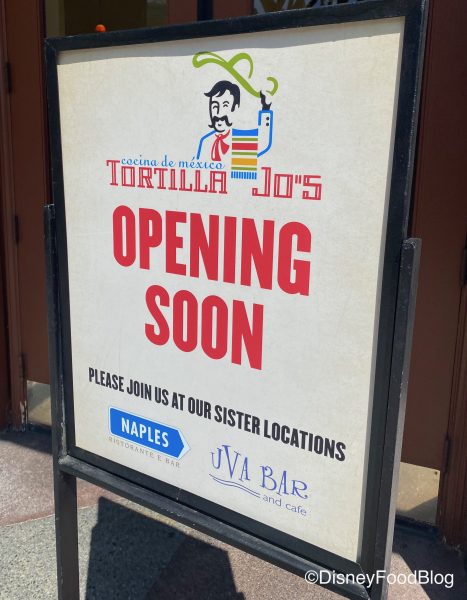 Downtown Disney’s Tortilla Jo has a sign saying it will re-open soon.

There was still plenty of DISNEYLAND 65TH ANNIVERSARY MERCHANDISE available at World of Disney! We found racks of t-shirts and baseball hats for sale! 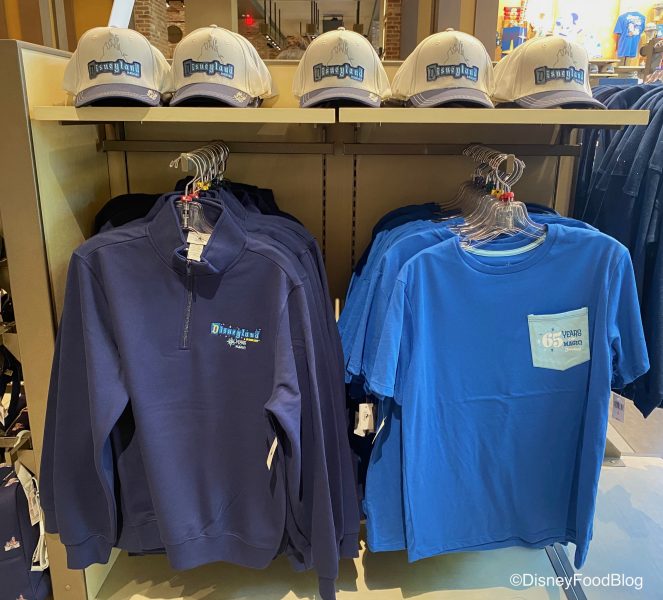 And plush Mickey Mouse dolls as far as the eye could see! 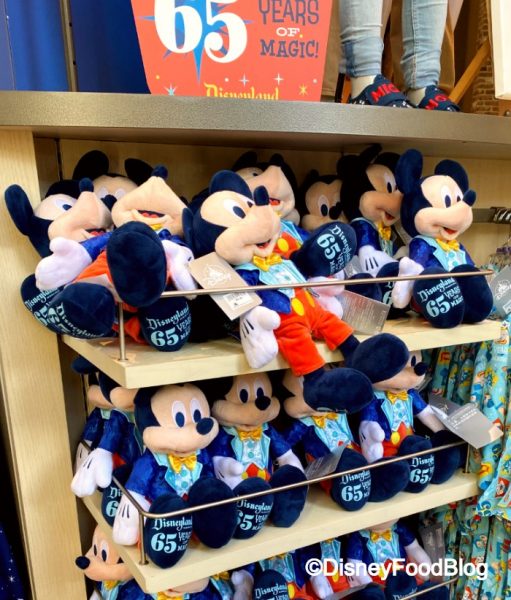 There was NO SHORTAGE of 65th Anniversary Minne Ears, either! 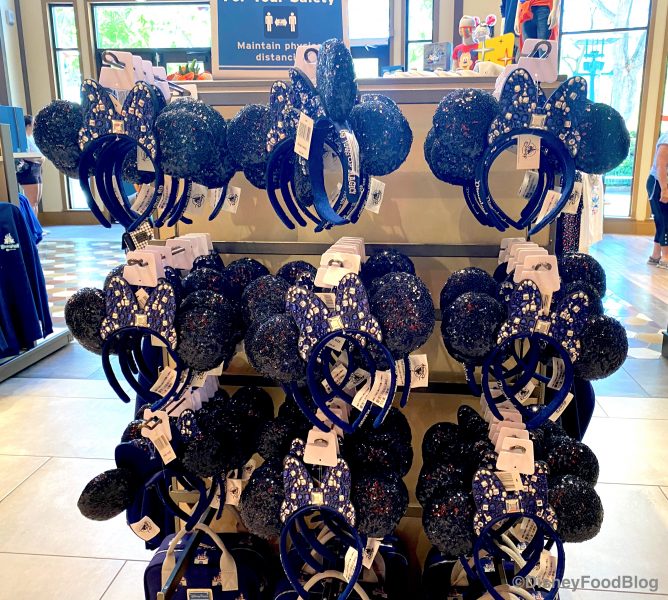 Minnie Mouse Ears for the 65th Anniversary of Disneyland

Look at all that bling! Some of this merchandise also hit shopDisney today!

We popped into the Dress Shop to see what was hanging and we found the incredible Jungle Cruise Dress for $128. 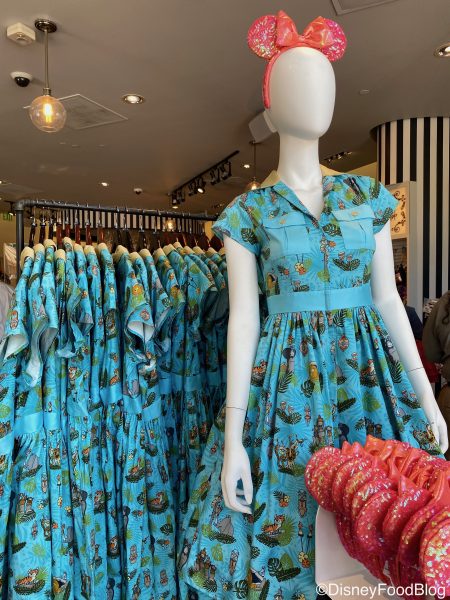 Jungle Cruise Dress at World of Disney in Downtown Disney

The Her Universe Cropped Shirt was also available at The Dress Shop. 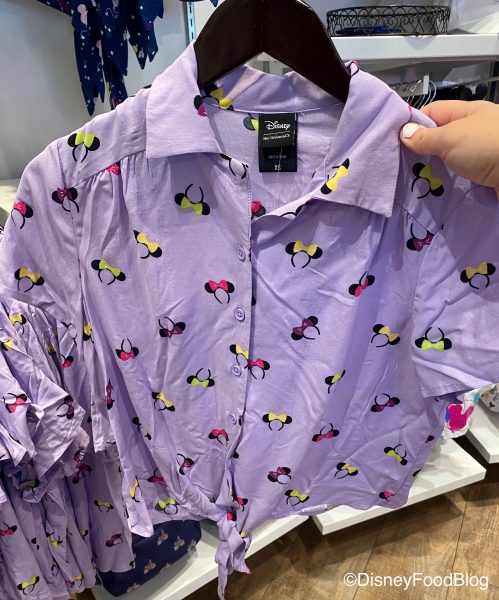 We rounded the bases and slid into Pin Traders where this Disneyland baseball hat is a HOME RUN! 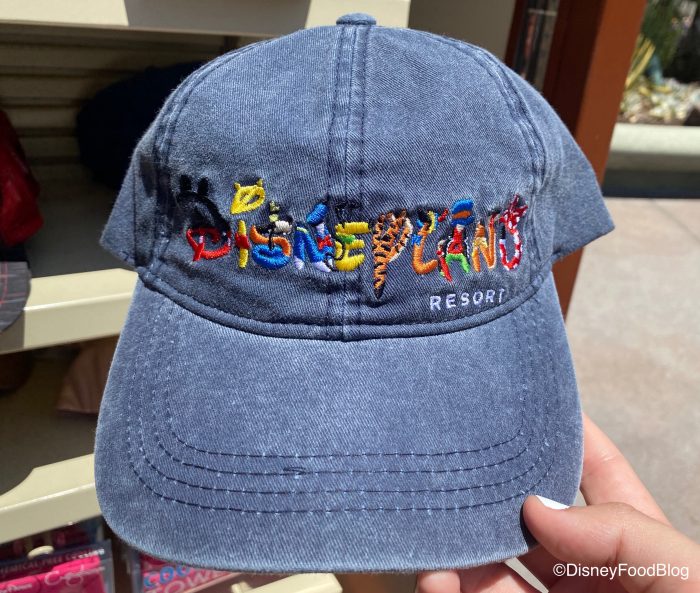 The $27.99 hat has letter designs inspired by classic Disney characters including Mickey Mouse, Donald Duck, Goofy, Tigger, and MORE! We can’t get enough of this cap!

We will be back soon to keep checking on all the changes and new merchandise items at Downtown Disney. Stay tuned for more!!

Click Here For More Downtown Disney News, Including PHOTOS From The GRAND RE-OPENING!

What are you looking forward to seeing again in Downtown Disney? Share your thoughts with us in the comments!

« How Do Disability Access Services Work NOW in Disney World? We’ve Got the Details!
Homecomin’ Shine Bar + Social in Disney World Has a Bright and Shiny New Addition! »