Why did rope drop matter pre-closure?

Before the parks closed, most guests would not arrive the moment a park opened each morning. In fact, the average guest would typically arrive a few hours AFTER park opening, whether that is because they had a breakfast reservation or they simply wanted a few extra hours of snoozing. This meant that the early guests got the chance to ride the most popular ride a time or two before the huge crowds arrived! 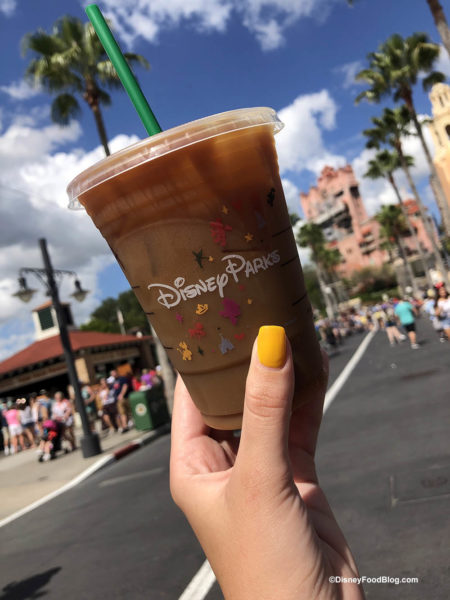 Nothing beats a cup of coffee first thing in the morning at Disney World!

Each park handled rope drop a bit differently. Magic Kingdom had a welcome show at the castle and guests could linger on Main Street, U.S.A. for some time before official park open for the day. Other parks would have ropes blocking off entrance to certain lands, or even the whole park. 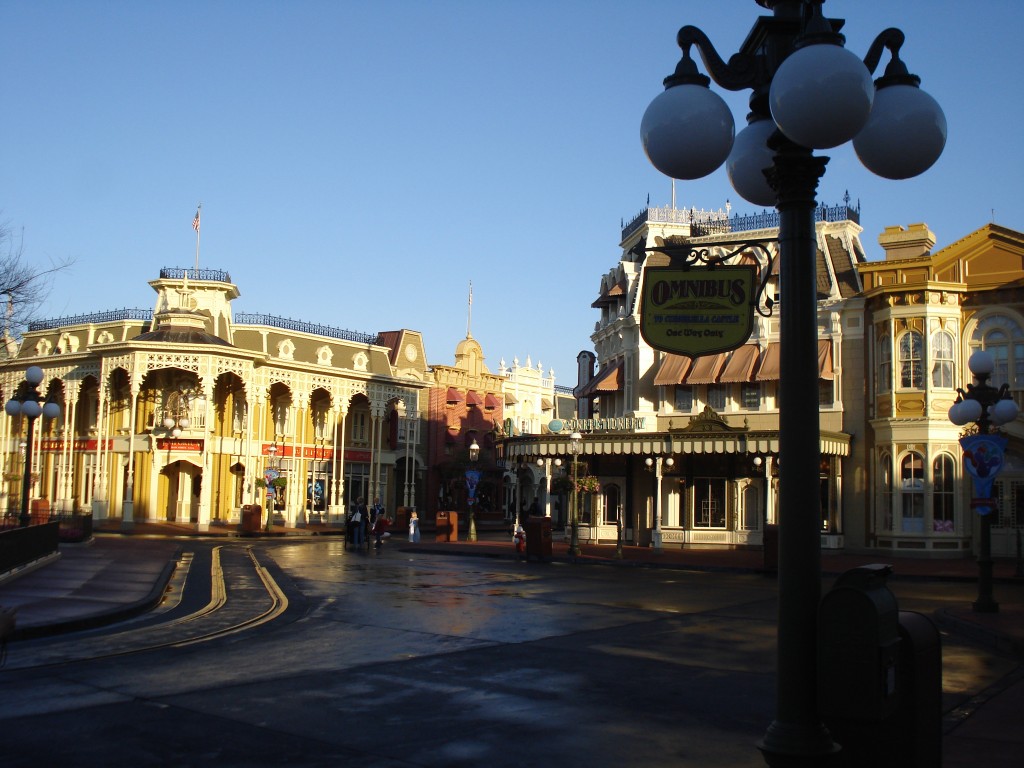 Those who frequently conquer rope drop know that they can typically score a few hours in the parks with lower crowds, meaning that those popular attractions can be checked off of those “to do” lists earlier.

Read more on what exactly “Rope Drop” is (and its history) here!

What have our rope drop experiences been like since the parks began reopening?

From what we have experienced thus far, we have gotten the feeling that Disney is discouraging guests from congregating at the front of the parks like they used to when experiencing rope drop. Disney’s transportation hours have been limited, and guests have not been allowed to park in parking lots until right before park opening times. 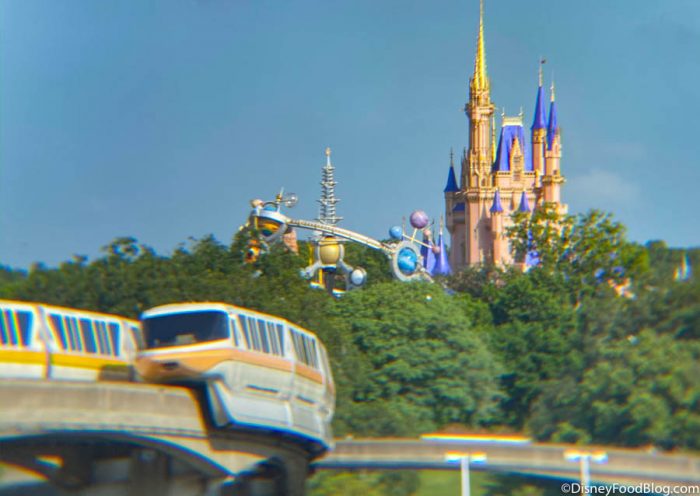 On a morning where Magic Kingdom opened at 9AM, the monorail began operation at 8:30AM, which doesn’t leave you with a whole lot of time to get inside the park early in the first place! And on a morning where Animal Kingdom opened at 8AM, we were not allowed into the parking lot until 7:40AM! Those parking lot hours also create a backlog of cars trying to enter at the same time, as we saw at EPCOT. 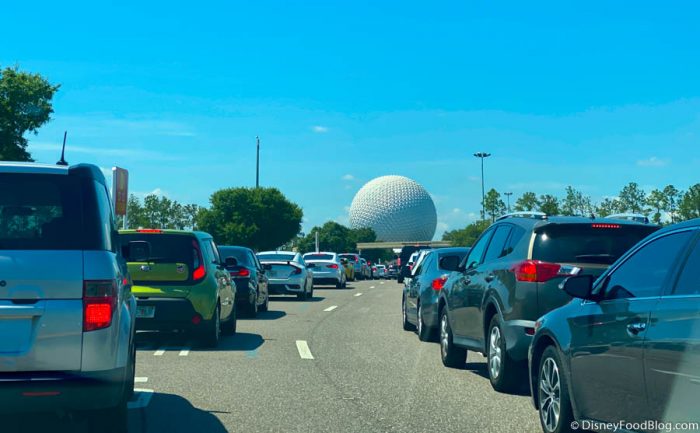 When you factor in steps like walking from your car to the park, and going through security screenings, odds are high that you may NOT make it into the park in time for rope drop right now. This may be intentional in an effort to reduce crowding and large groups at the gates.

So is rope drop still a thing? Well, yeah, they still open the parks. But Disney is definitely discouraging the crowds gathering early — sometimes hours early — for park opening.

See what our earliest experience was like getting to the reopened parks for rope drop here!

Is rope drop still worth waking up for?

In our experience since the parks reopened, being the FIRST guest in the most parks doesn’t have a lot of benefit. With limited capacity in the parks, it’s not difficult to experience every ride in a day; and most rides you’ll be able to ride multiple times in your day. Wait times across the board have been SIGNIFICANTLY lower on many popular attractions due to the limited capacity, including Flight of Passage in Animal Kingdom, which we have regularly seen at a FIVE MINUTE WAIT! 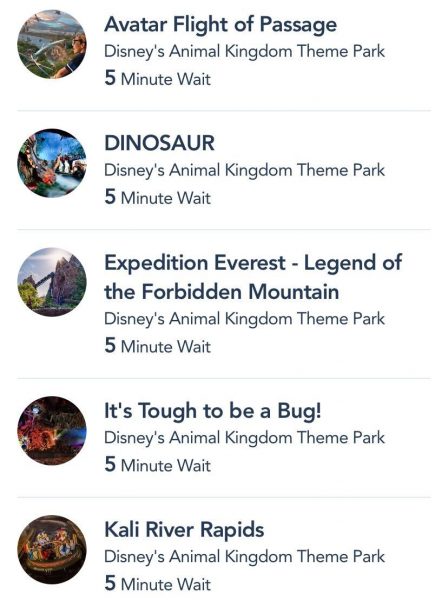 Animal Kingdom Wait Times as of 4PM on July 11th

With parking lots opening later, and Disney transportation running at limited capacity, rushing to be first in the park could be a much bigger hassle than waiting an hour and arriving a bit later.

Plus being at the park first thing could actually be less than ideal since that initial rush of guests getting in first thing in the morning can cause crowding and backups. If you want to avoid crowds as much as possible, we recommend arriving around one hour or later after the parks open. You should still have plenty of time to ride everything you want to ride, even at Magic Kingdom! 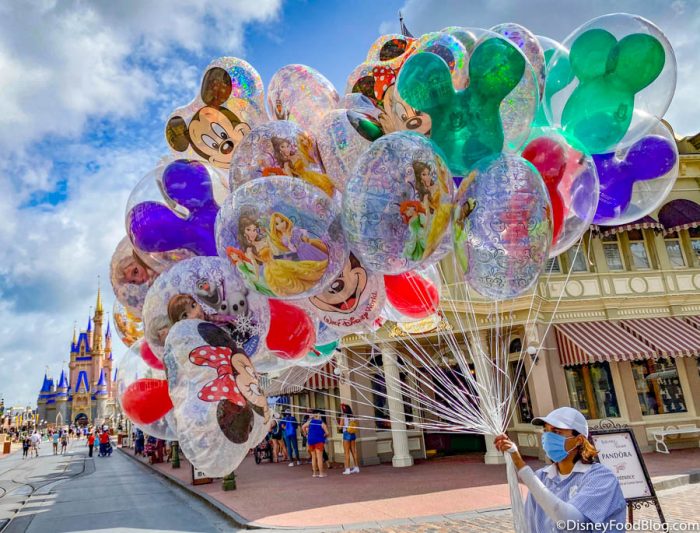 Keep in mind that Disney has suspended any morning shows that typically take place at park opening. Specifically at Magic Kingdom, there are no morning castle shows to welcome guests in the park, making “rope drop” much less of an event than it was prior.

Check out what the crowds looked like on Magic Kingdom’s grand reopening day here!

What about Hollywood Studios?

Does it make sense to skip rope drop every day? We have one BIG exception to this rule. If you are visiting Disney’s Hollywood Studios, we STILL recommend you try to make it into the park for rope drop. This is for a couple of reasons. 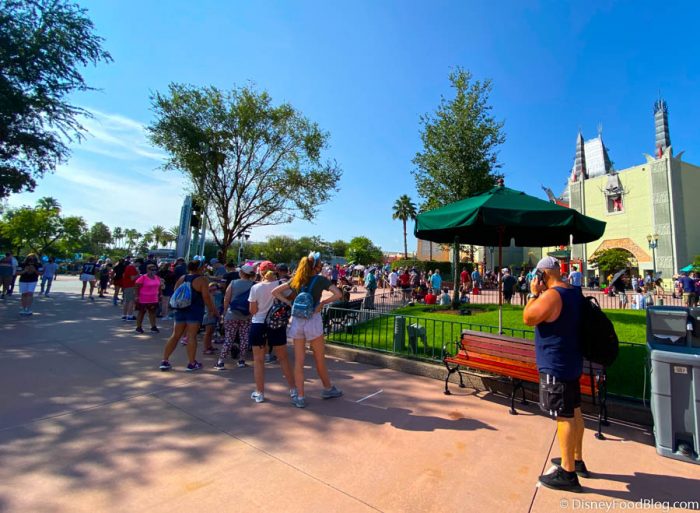 First, in our experience visiting the theme parks, Hollywood Studios felt very different than the other three parks. In fact, Hollywood Studios felt more like it did pre-closure than any of the other theme parks we’ve visited. This may be because of the number of sought-after rides AND various pinch points throughout the park where crowding can occur, but it definitely FELT more crowded.

With no shows or entertainment available at Hollywood Studios for the time being, that leaves only the rides for guests to check out. With fewer rides and shows to occupy guests, we saw significantly longer wait times at Hollywood Studios, especially for Mickey and Minnie’s Runaway Railway, which we’ve seen fill up its queue and have to turn guests away! 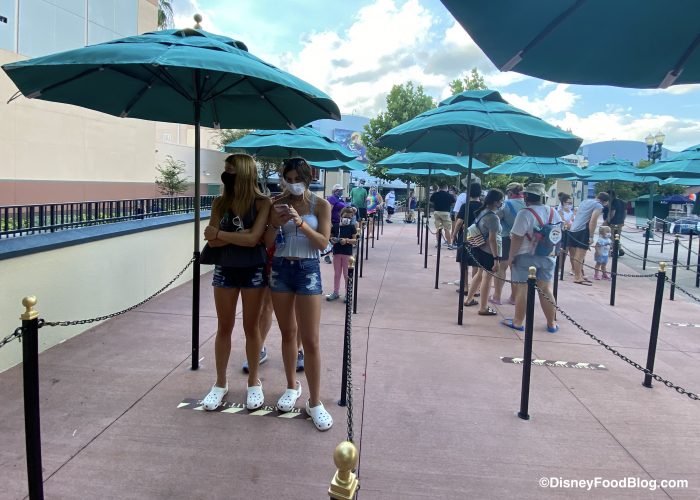 Then there’s Rise of the Resistance. This is still the most popular attraction at Disney World, with those coveted Boarding Groups back and up for grabs.

And they are just as coveted as they were pre-closure. Those Boarding Groups are STILL being snatched up like hotcakes at Hollywood Studios, with each of the distribution times filling up in a matter of minutes (or less!).

If you want to increase your chances of riding Rise of the Resistance, then it would behoove you to be at Disney’s Hollywood Studios BEFORE the official park opening time so that once 10AM on the dot hits, you’ll be INSIDE the park and can try for your first of two attempts at the elusive boarding groups (if you don’t get one, you can try again at 2PM!).

See what it’s like to ride Rise of the Resistance at a reopened Hollywood Studios here!

Overall, Disney World is certainly treating rope drop a little differently than it has in the past. Once a challenging yet fun way to kick off your day, it’s now almost not worth it unless you want to try your luck at a 10AM Boarding Group for Rise of the Resistance.

But overall, due to limited capacity in the parks, it is generally VERY easy to ride every ride you want on a given day, so don’t stress if you can’t make it inside the gates at opening!

Do you typically take advantage of rope drop when you visit Disney World? Do you think you’ll continue to do so while capacity is limited? Let us know in the comments!

« This New Star Wars Book Will Be Connected to a Fan-Favorite Character!
We’ll Save You a Spot By the Pool! You’re Gonna Want These NEW Towels We Found in Disney World! »