A few months ago, Disney announced layoffs in the Parks, Experiences and Products division of the company that would be affecting approximately 28,000 Cast Members.

We recently learned that many performers at some of Disney World’s biggest shows and attractions have been laid off. Now, Actors’ Equity Association, which represents many of these incredible actors and singers, has issued a statement regarding these layoffs.

Actors’ Equity Association has issued an official press release in response to the layoffs affecting many of the performers which they represent in Disney World. Specifically, this statement was issued after Actors’ Equity signed a “memorandum of understanding with Walt Disney World regarding layoffs of most of their Equity member employees. ”

The statement is from Kate Shindle, the president of Actors’ Equity Association, and reads: “Our hearts go out to all the cast members at Walt Disney World…Disney has made it clear that our members would face work reductions since they announced layoffs of nearly 28,000 employees. That does not make this news any less painful. These reductions are another tragic reminder that until the virus is brought under control with a national strategy for masks, testing and contact tracing, everyone who works in the arts needs help like extended pandemic unemployment insurance and federal COBRA health insurance subsidies.” 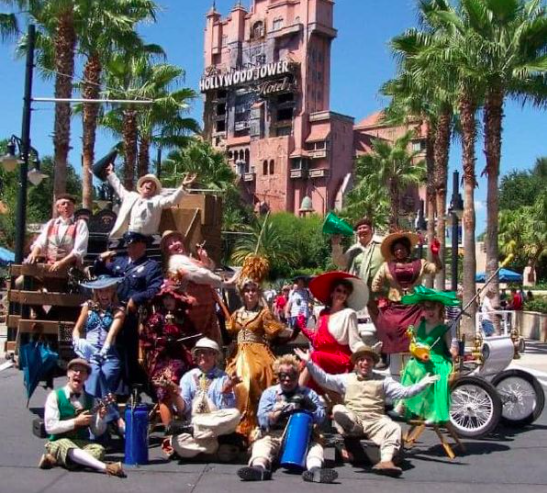 According to the press release, prior to the pandemic, about 780 Equity members were employed at Walt Disney World, either full time, part time, or seasonally. Currently, only around 60 Equity members are working or about to return to their work in the parks. About 720 Equity member workers have now been laid off.

The new Memorandum of Understanding signed by Disney and Actors’ Equity specifies that these laid-off Equity members will maintain recall rights until the end of 2021.

We’ll keep an eye out for any more updates regarding the layoffs taking place in Disney and let you know if we spot any more information.

Click here to get more information about the layoffs, look at resources for Cast Members, and see how YOU can help.

« Get Baby Yoda in Almost Every. Room. In. Yo. House. With this New Merch!
What Exactly Is “Vegan Lobster” and Why You’ll Want to Eat It in Disney World »