Well, it was ANOTHER rainy day at Disney’s Animal Kingdom! 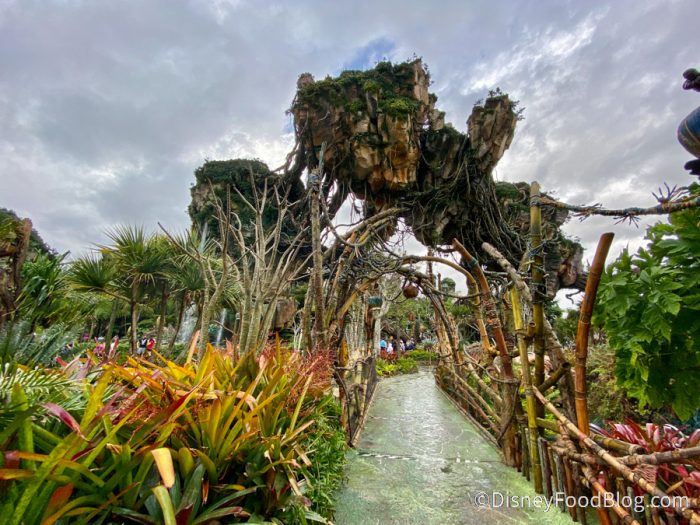 Pandora is just so breathtaking, even in the rain

But we’re never going to let a little rain spoil a day at Disney World, so we made our way around the park to see if we could find anything new since our last visit (which was, ironically, rainy, too).

So we’ve passed by this ice cream cart a million times, but only just stopped to REALLY look at it recently. And we found some interesting details on it. Not only does it have talking animals on it, but it also says “Baridi Baridi.” 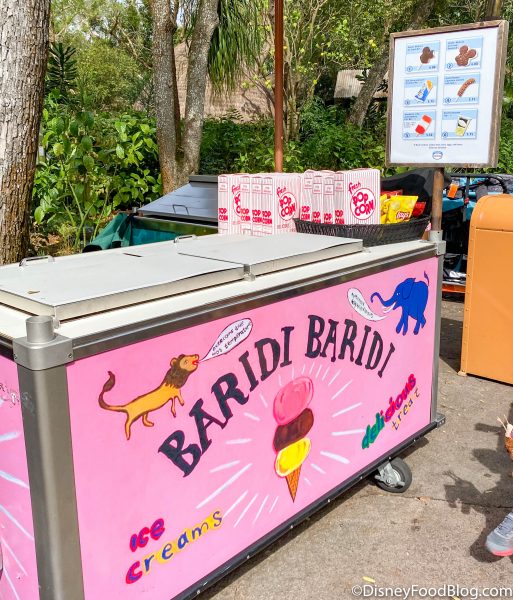 What does that word mean?

So what does that mean? Well, the word “baridi” means “cold” in Swahili. So this is cold cold ice cream, which is exactly what we want on a hot and humid rainy day in Disney World. The more you know… .

You’ve Seen This Word in Disney World, But Do You Know What It Means?

Although the rain kept crowds light, the line for the Harambe Fruit Market was LONG. But we did find a Hidden Mickey in the seating area. 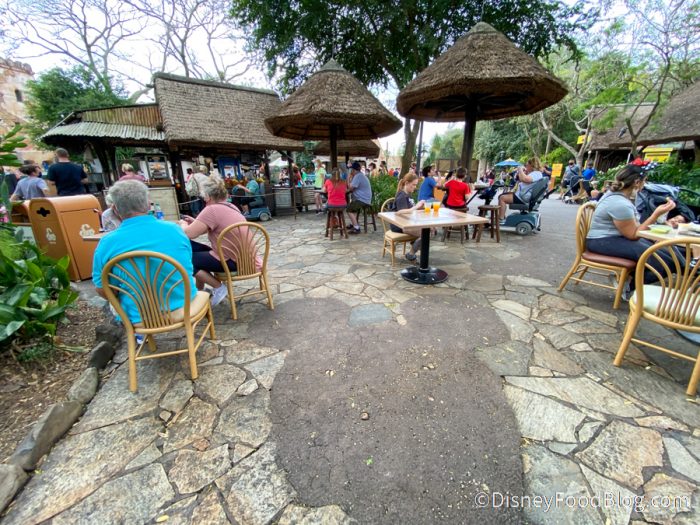 So the wait was totally worth it.

Shoe Showdown of the Century

So we’ve seen Disney Crocs EVERYWHERE, but there’s a new game in town, the Disney x Native shoe collection. And we saw a display that literally had Crocs and Native shoes side by side like it was the battle of the century. 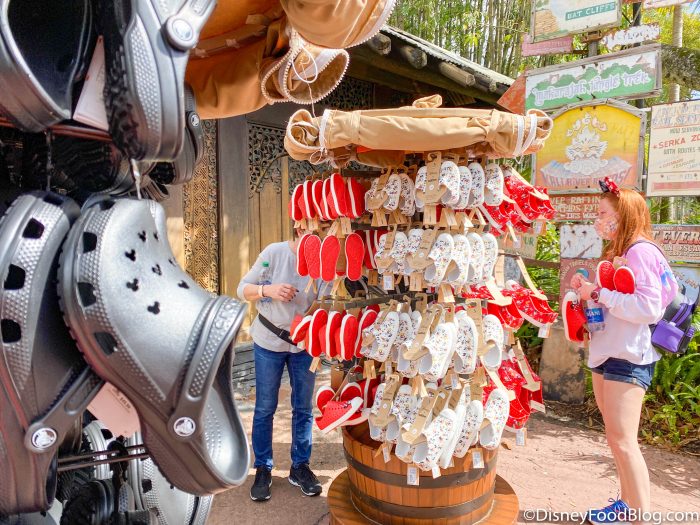 Do You Know About the Bitter Rivalry Forming in Disney World? 😉

We know not everyone lives in hot Florida, so beanies are a MUST this time of the year. So we found one for The Mandalorian fans — it’s The Child Beanie from Disney’s Mandalorian Streetwear Collection. 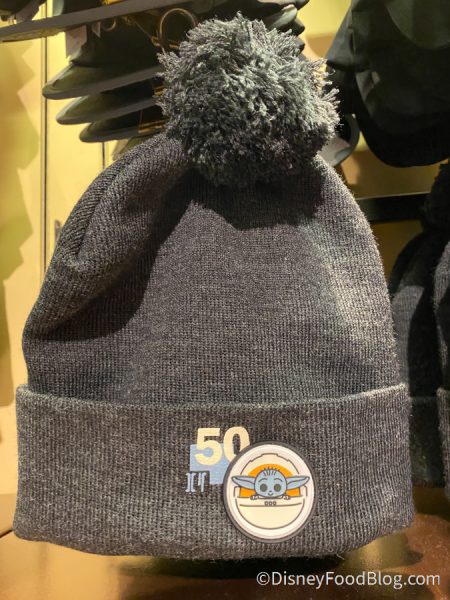 Sweet Baby Yoda on a beanie!

The beanie even has a pom pom on top!

PHOTOS: MORE From The Baby Yoda Streetwear Collection Has Arrived in Disney World!

It seems like a new Disney Dooney & Bourke collection launches every week. And there’s another one coming soon, but this one features the Skyliner! We found a “coming soon” display. 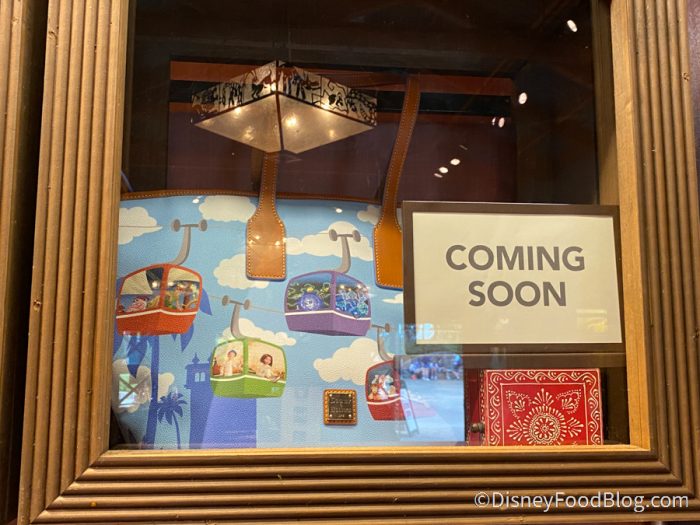 We were just wandering through the Asia Market and noticed that there are money trees in Animal Kingdom! We guess mom and dad were wrong about that, right? These are little trees made with chinese coin “leaves” knotted onto wire that represents branches. 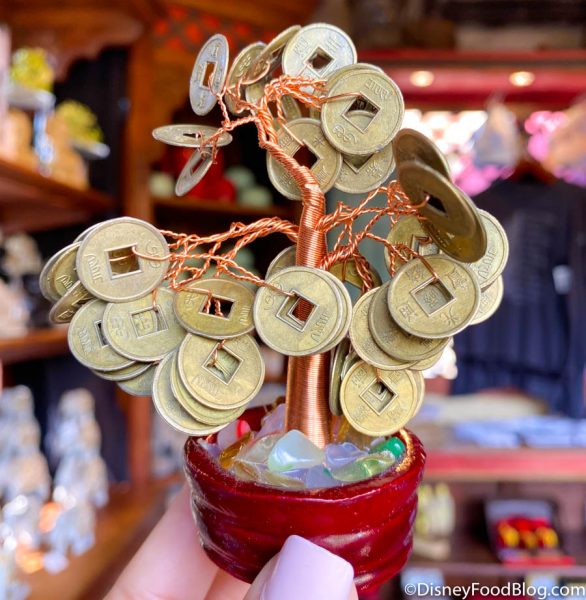 Money DOES grow on trees…

Even better? This money tree is supposed to bring you good fortune!

Heads Up! There Are MONEY Trees in Disney World!

We first saw the Medallion Machines over at Magic Kingdom, but you can get medallions made for $5 each at Animal Kingdom, too! 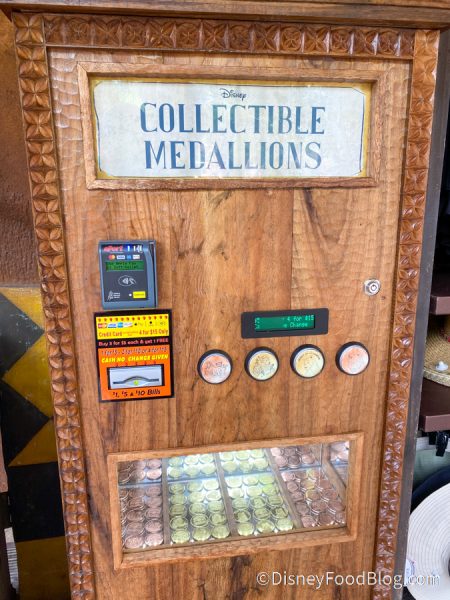 These print out characters from The Lion King — of course!

The $5 Disney World Souvenir You Don’t Know About

There is plexiglass EVERYWHERE at Disney World right now. And now, there’s a little bit more. Chester & Hester’s added a divider to the plexiglass so that they can now have four registers open, rather than just two. 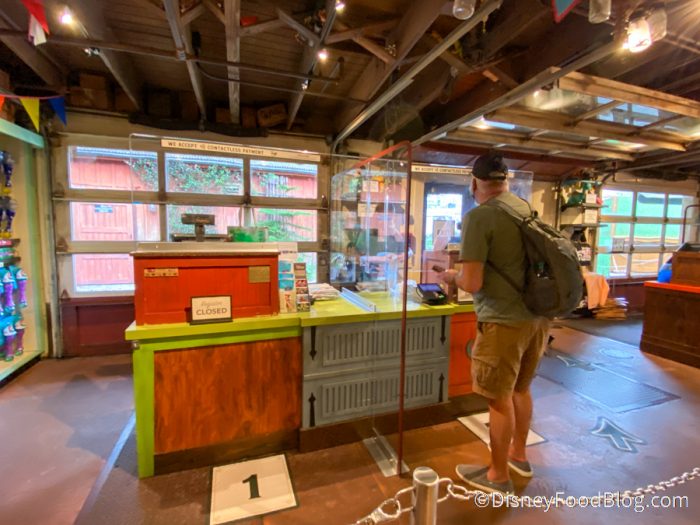 Whatever works, right? This will make checking out a little faster, for sure!

So there was a 40-ton pile of sand on the Discovery Island Stage! But what is up with THAT MUCH SAND? Well, Disney Imagineers are creating a Raya and the Last Dragon sand sculpture. How cool is that? 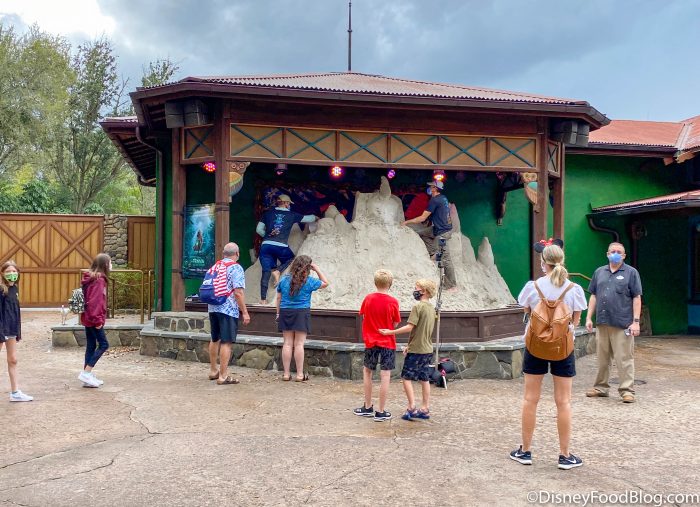 It’s a work in progress

There is still a LOT of work left to do — but we’ll keep checking on it and getting photos for you! We can’t wait to see what it looks like all finished!

Can You Guess What This 40-Ton Pile of Sand in Disney World Will Become?

So WandaVision is a HUGE deal right now (and yes, we’re obsessed!), but we were still surprised to see a full-on WandaVision bus when we were leaving Animal Kingdom. 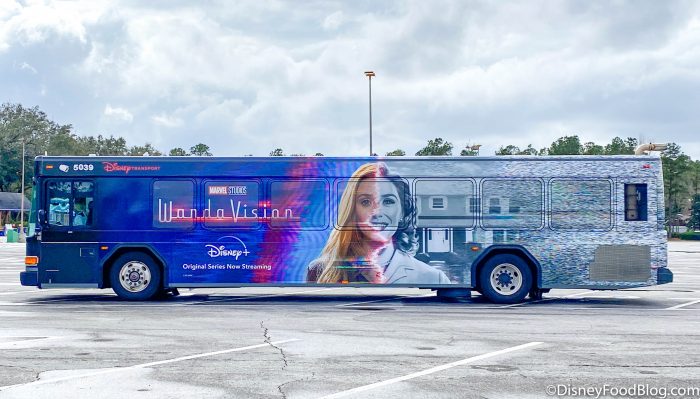 It’s WandaVision… on a bus!

The bus is covered in the WandaVision promotional art. So yes, the hex has officially expanded to Disney World. Wait, are we in the hex now? Have we been transformed into sitcom characters?!?!?!?! 😲

The WandaVision Hex is Now Taking Over Disney World Buses?!

So that’s how we ended our day at Animal Kingdom, wondering if our lives were real and if we were just humans caught up in Wanda’s hex. But it doesn’t matter because we’ll be back at Animal Kingdom soon with even more updates — even Wanda can’t stop us!

Have you been to Animal Kingdom recently? Let us know in the comments!

« A California Bakery Clearly Loves Disney Desserts As Much As We Do!
Dear Disney, Please Stop Giving Plants Eyeballs »