Transportation is a BIG piece of any Disney World trip, and sometimes that includes getting to and from the airport.

Disney has announced that the Magical Express airport shuttle will be discontinued in 2022 as we get ready for the debut of the train between the airport and Disney Springs in the future. Now, we’re taking a look at just what it might cost to be a passenger on this train and what that means for your vacation!

What is the train to Disney World?

Brightline, a railway company, is actively constructing a new high speed rail line to bring passengers from the Miami, Fort Lauderdale, and West Palm Beach stops that already exist on its Florida line to Orlando. And this will include a stop in Disney Springs.

According to announcements thus far from Disney and Brightline, the connection from West Palm Beach to Orlando’s airport is expected to begin passenger service in 2023 (previously it was set for a 2022 opening).

The expansion from Orlando International Airport to Disney was previously targeting a 2023 opening. But according to The Orlando Sentinel, passenger service from the airport to the Disney Springs station is now slated to start in 5 years. That means guests may not be able to ride on those trains until 2026. 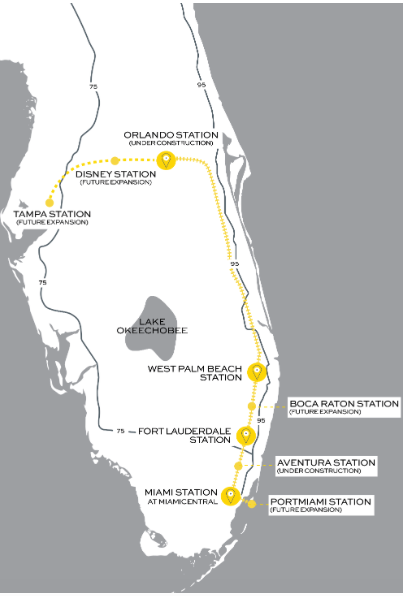 Of course, all of these dates are subject to change. Over the past few months, we’ve gotten a number of updates about the status of this train route. We’ve seen some reports indicating that construction of the train segment from the airport to Disney Springs could begin by the first quarter of 2024 (still lining up with that potential 2026 opening). At one point in 2021, decisions regarding its train route were delayed indefinitely. There’s been quite a bit of discussion about what route the train will take from the airport to Disney World, including one that would go along State Road 528 to International Drive.

We’ve seen since updates regarding the placement of certain train tracks at the Airport and details about just how many stations the line might have once completed. We’ve also seen some plans indicating a potential spot where the station may be placed in Disney Springs. 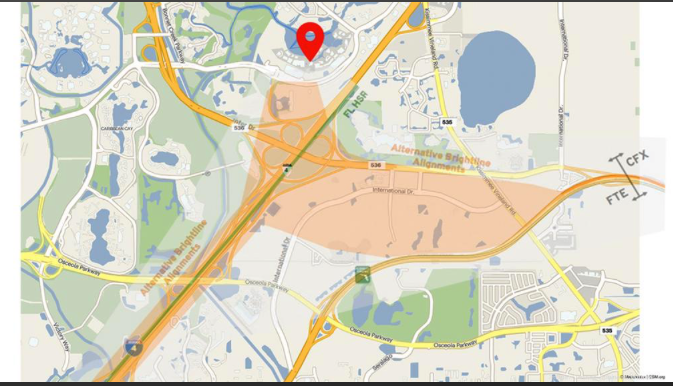 For Disney visitors, the construction of the Brightline train will eventually mean a rail connection to many South Florida cities and the Orlando International Airport (MCO) — a valuable travel tool with the discontinuation of the Magical Express. But it’s something guests will have to wait a number of years to experience, so it’s important to arrange for alternative transportation from the airport to Disney World in the meantime.

Want to learn more about the Brightline Train? Click here!

How much do current and proposed Brightline train tickets cost?

To figure out how much the MCO to Disney Springs route could cost passengers, we’re going to take a look at some of the Brightline ticket prices for existing rail lines and how that translates to the shorter trip.

For the one-hour and 12-minute train ride between Miami and West Palm Beach with a stop at Fort Lauderdale around the 30-minute mark, a Brightline ticket will cost you between $22 and $37 depending on a variety of factors, including what service you choose. That’s just for a one way trip.

The round trip cost is about $44 for the “smart” choice, and $74 for “premium.” This is based on the dates we looked, so keep in mind that these prices are subject to change. 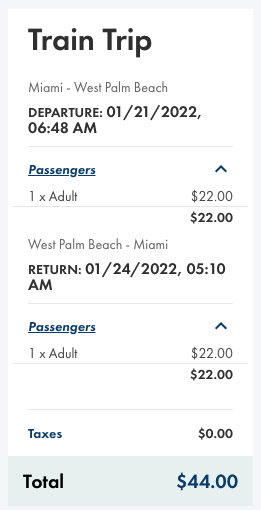 The trip from Miami to Orlando Airport will take around 3 hours and is set to cost around $100 per ticket. The price does seem to scale appropriately based on mileage considering Miami to MCO is about three times the mileage of Miami to West Palm Beach and will cost approximately three times as much.

See what the construction on the airport train to Disney World looks like.

So, how much will the train between Disney World and the airport cost?

Based on that math, we can come up with some idea of how much a base price for the train might be. It is about 18 miles from MCO to Disney Springs. So, if we scale that based on the $29.5 average per 75 miles price, we’re looking at just over $7 per ticket. For reference, a rideshare at time of writing costs approximately $30 to $60 or more from MCO to Disney Springs.

On top of that, it is possible that Disney and Brightline will strike a deal. The Magical Express was a free perk for guests staying at Walt Disney World resort hotels. That was a huge deal for many guests, especially those with families of all ages not looking to deal with the hassles of renting a car.

Disney hasn’t said anything concerning if they could strike a deal with Brightline to transport guests to and from Walt Disney World, but it’s certainly possible. If Disney were to negotiate a deal, Brightline service could be free for those with a confirmed reservation as an added resort perk, or they could offer a reduced price for Disney World hotel guests.

There is also a chance that this line will be in high demand, so it may go the other way and come at a premium. This will be difficult to discern until the line is complete and we know how many trips Brightline is running each day.

We’ll be sure to keep a close eye on news from Brightline and from Disney about this project. It certainly would be a GREAT perk to have a quick and (possibly) FREE train ride from the airport to Disney Springs.

But then how do I get to my hotel with my luggage?

The next question that a lot of our readers are asking is this: How do I get from Disney Springs to my hotel with all of my luggage? Your first thought might be to take a bus to your Disney World Resort hotel from Disney Springs after disembarking from the Brightline train. But Disney’s policies note that “No luggage or alcohol of any type is permitted on Walt Disney World Resort buses.” Disney would likely have to change their rules to make this possible.

Even so, Disney buses are not equipped to carry lots of luggage…they’re made to handle lots of people, but not a bunch of suitcases. 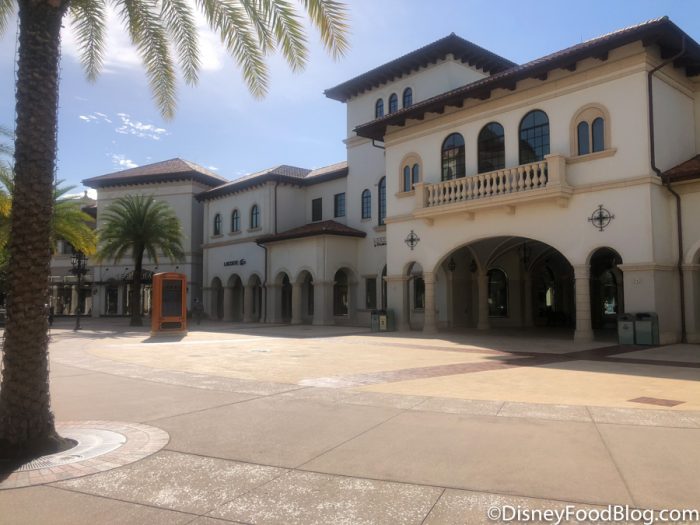 This question also hasn’t been answered by Disney, so here are some potential outcomes. One option is to create a Magical Express-type bus coach service from Disney Springs to individual Disney World hotels. This could be a paid service, or could replace Magical Express as a free service (which would cost Disney less than the original Magical Express service most likely, since the distances covered would be much shorter than they were with Magical Express from the airport).

Disney could also reinstate Minnie Vans, their branded rideshare service, with a dedicated fleet to take train passengers to hotels.

Finally, Disney could do nothing — assuming guests will take rideshare services or just lug their suitcases onto the already crowded Disney transport (assuming Disney ultimately allows the luggage on their buses). Regardless, this is going to be a problem, and Disney will have to figure out how to respond.

Click here to see more of our thoughts on how Disney World might get guests to their hotels from the new airport train.

Stay tuned to DFB to make sure that you’re up to date on all the latest news with this project. We’ll be sure to update you as we hear more about the opening time, the price, and the length of the train trip, and how you’re supposed to get to your hotel afterward!

Will you be taking the train between MCO and Disney World? Tell us in the comments!