A MAJOR change is coming to airport transportation in Florida! As you may have heard, Disney’s Magical Express service is ending in January 2022. But you won’t be stranded at the airport. There are still options to get you to your hotel, and one of them is a new high-speed train. The Brightline train will take guests from the Orlando International airport to a brand new Disney Springs train station.

The plan is still very much a work in progress and is now expected to open around 2026. While we wait for a progress update, we thought we should talk about how this new train will change Disney World! Will it make things easier? Harder? There’s a lot to consider, so let’s break it down!

There are still a lot of unknowns with the Brightline train system, so bear in mind that, as more details come forward, guests’ impressions of this new option could change for good or for bad — time will tell. First, there’s the luggage issue. Will guests have to take their luggage from the airport to their resort themselves? Will Disney deliver your luggage to your room from the airport? This is still up in the air! 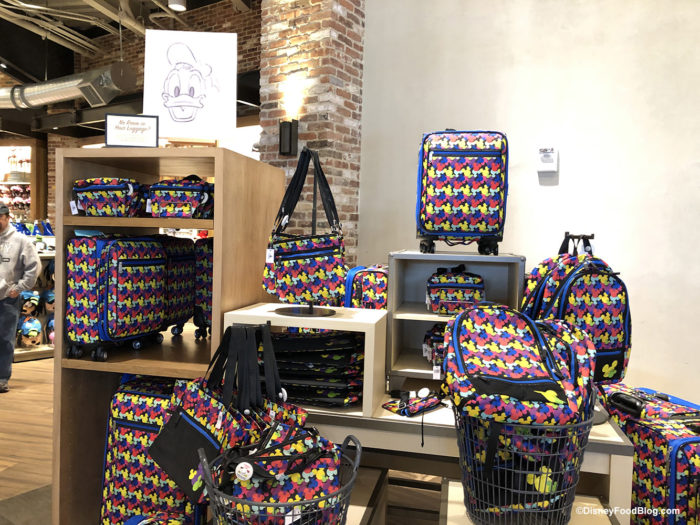 What will happen to your luggage when you arrive at the station?

Then, how will guests get from the Disney Springs train station to their resort? It seems likely that guests will have to take a bus (either dedicated for arriving guests or the normal resort buses that shuttle to and from Springs) or a car/rideshare service to get to their resort. 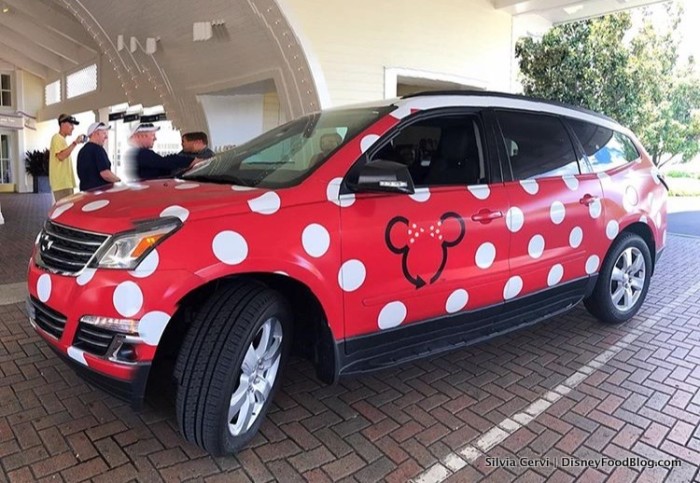 Either way, this adds an extra step to the process of arriving at Disney World, meaning guests should expect that it will take a little longer to get to their resort. No matter what Disney decides, it will probably take a little extra planning to figure out the logistics of your arrival day. It won’t be as simple as sitting on the Magical Express and getting off at the door to your hotel.

The Brightline train will have stops in West Palm Beach, Fort Lauderdale, Miami, and Orlando. With the additional stops on the line, Florida locals might take advantage of the train and plan more day trips to Disney World. 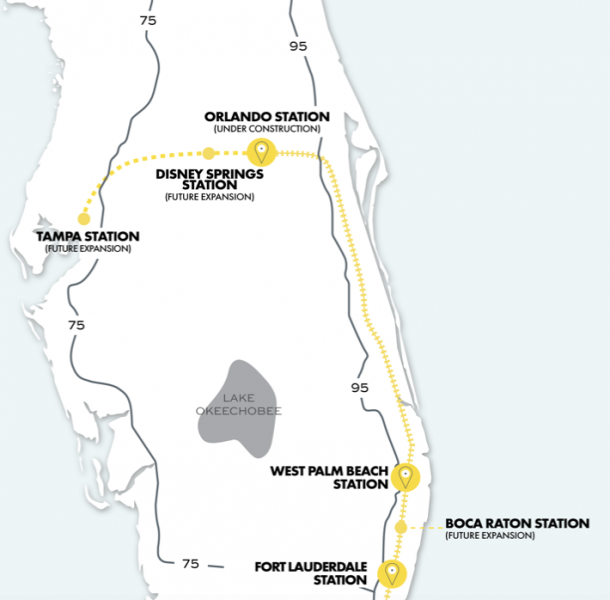 Brightline reportedly is also planning on creating a stop in Tampa, further connecting the major cities of Florida to Disney World! For those living in Miami, for example, the train will likely be seen as a faster and cheaper alternative to driving to Disney World. 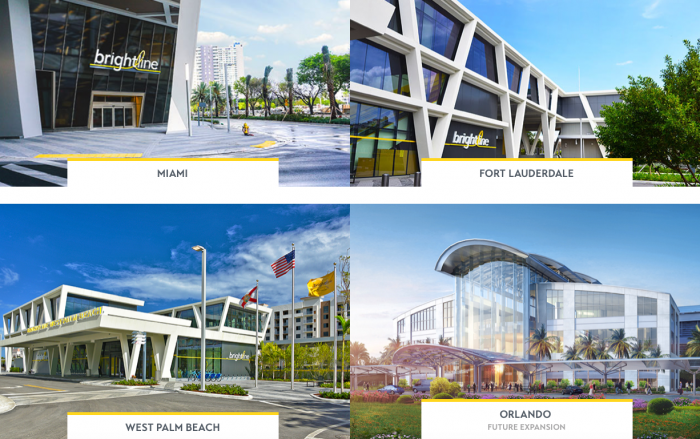 Now that Disney has so many new Annual Pass options for Florida residents (when available!), the idea of taking a quick trip to Disney World is probably pretty enticing to people living near Orlando, and the train adds to the benefits!

Keep in mind that Disney’s park pass reservation system makes sure that none of the parks exceed capacity, so even with potential new guests, the crowds shouldn’t get any bigger.

As we mentioned, the Disney Springs station is just one of the many stops on the new Florida line. Could the convenience of traveling from Orlando to Maimi via train cause people to shorten their Disney vacation and opt for a few days at the beach instead? 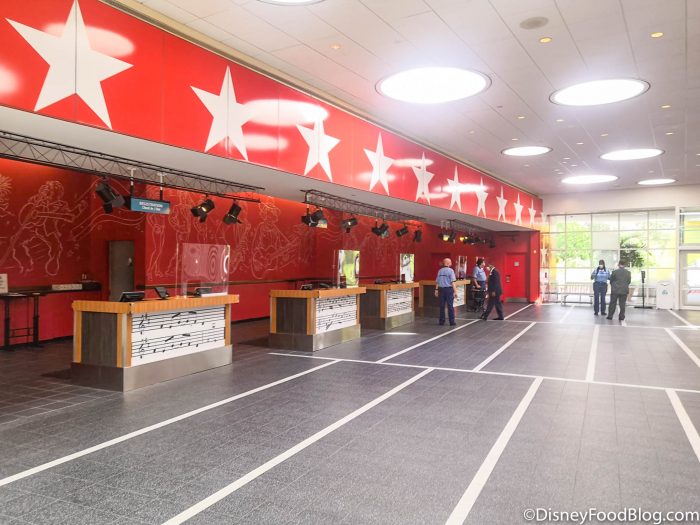 Would you shorten your Disney vacation for a trip to the beach?

Over in California, many people spend a few days at Disneyland, then take a train to other cities! Between the increasing costs of a Disney vacation and the new train stops, maybe people will spend less time in Disney World!

No Need for a Rental Car

Some people used to prefer renting a car from the Orlando airport and driving to Disney World. While a car provides a little more freedom, it is also pretty expensive! 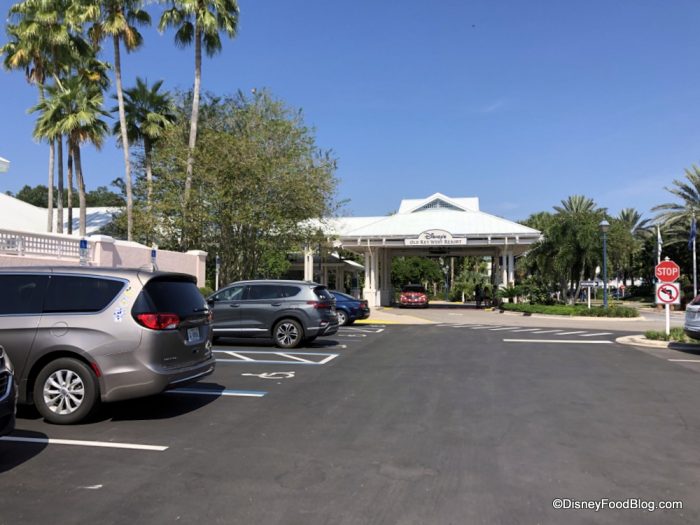 Parking is convenient but expensive!

For example, consider the cost of the rental car itself, gas, and theme park and hotel parking fees — it adds up quickly! With the high-speed train, guests might not need a rental car anymore. 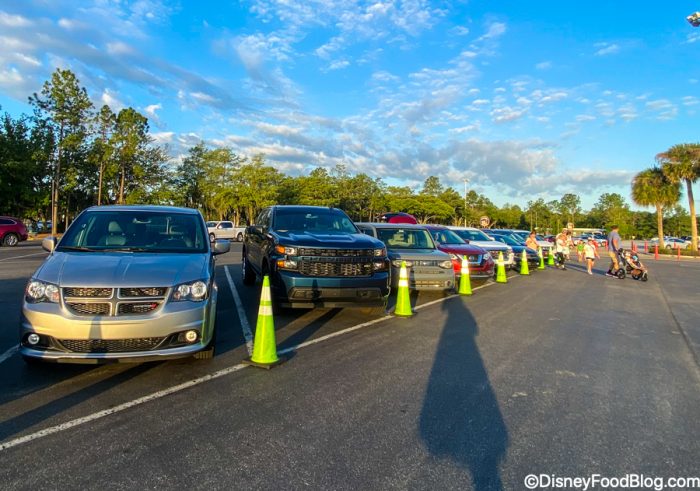 It’s still unclear how the pricing will work out for a train ride from the airport to Disney Springs, so it’s hard to weigh the difference at this point. Either way, some people might prefer to have someone else worry about the driving while they’re on vacation! We could see the new train being a popular option for those larger travel groups, like school bands, dance groups, and sports teams. With a train, you won’t have to worry about all of your travel parties getting in the same car, van, or bus. There will be plenty of room to keep everyone together.

Renting A Car Could Cost MORE Than Disney World Tickets: Here’s Why

We asked our readers how they felt about the train, and many are excited to give it a try! On the other hand, many people are upset that Disney’s (free) Magical Express service is no longer an option. 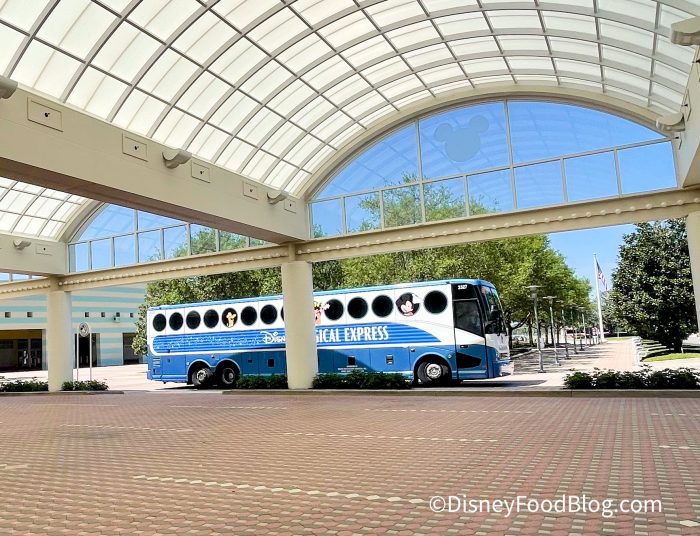 You will be missed 💙

Now that there are so many extra services and costs associated with a Disney World vacation, a ride on the Brightline train is yet another expense that people must account for in their budget. Could this mean that people will make cuts in other areas of their vacation to afford a trip to Disney? 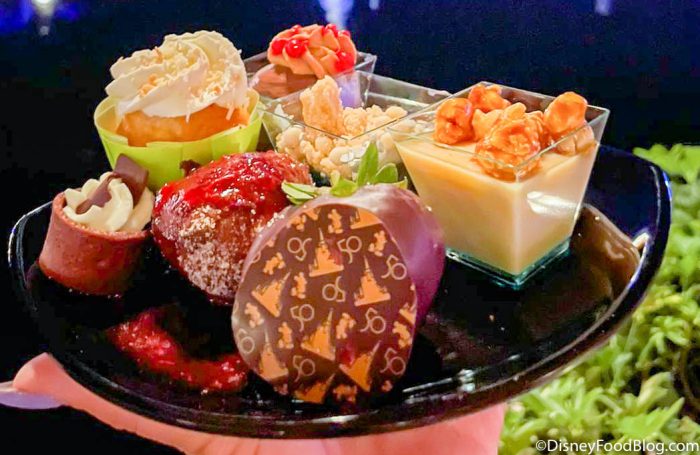 Does the budget allow for a dessert party?

If people can only spend so much on their vacation, they might decide to stay at a less expensive hotel, stay off-property, or skip a dessert party or after-hours event to make up for the new added expenses.

As you can see, there are several pros and cons to the new Brightline train system! It will be nice to have another option for guests to get to Disney World from the airport, and we’re excited to review all of the details as they’re released. We still have a ways to go before the train is fully operational, but we’ll be sure to keep you updated with progress updates! In the meantime, be sure to stay tuned for all the latest Disney news!

How will the new train impact YOUR future Disney vacations? Let us know in the comments!