Disneyland Park and Disney California Adventure Park are set to reopen on April 30th, but when they reopen not all rides and restaurants will be available.

We Can’t Wait to See This Castle Again!

We’ve shared a look at the restaurants and rides that are confirmed to reopen, but missing from that list are some pretty popular rides including Disneyland’s Matterhorn Bobsleds. So, what’s going on with these rides and when might they reopen? We got a bit of an idea today.

Earlier today, we shared how Grizzly River Run is not set to reopen with California Adventure Park on April 30th, and instead is listed on the Disneyland refurbishment calendar for a little while.

Well, now we’ve got a better idea about what’s going on with some of the rides that aren’t set to reopen at Disneyland Park. Starting on April 30th, the Disneyland refurbishment calendar shows that Buzz Lightyear Astro Blasters, Jungle Cruise, and Matterhorn Bobsleds will all be closed for refurbishment. 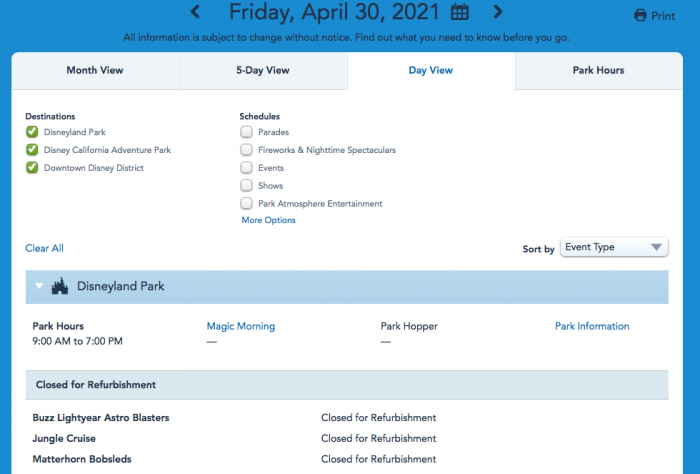 Here’s What Things Look Like on April 30th ©Disneyland

On June 26th, however, Buzz Lightyear Astro Blasters no longer appears on the closed list. So, we expect that the ride may be able to reopen on that date. 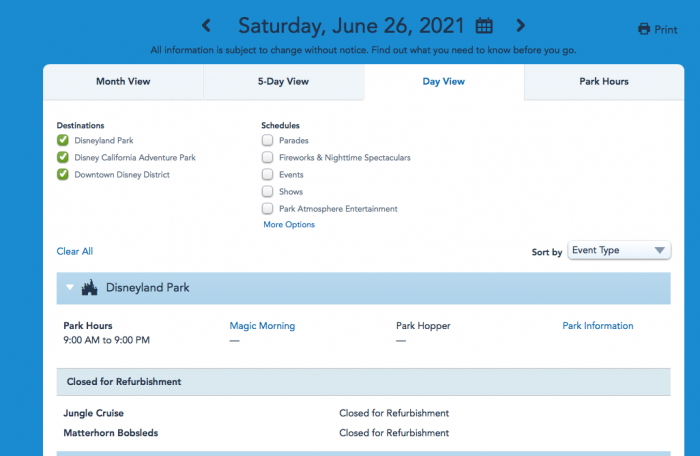 And on June 29th, both the Jungle Cruise and the Matterhorn Bobsleds are off the refurbishment list! We’re expecting both to reopen on that day. 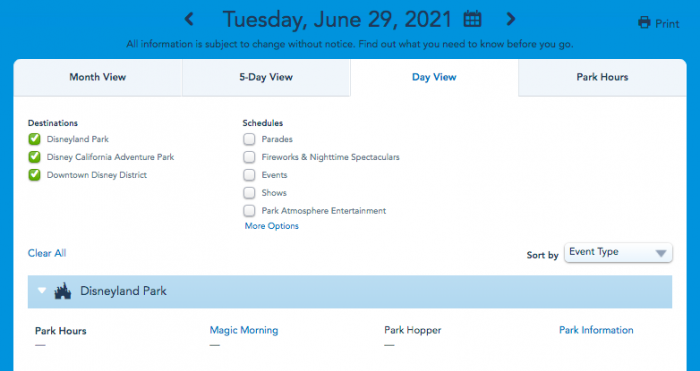 The closure of the Jungle Cruise makes sense as the Disneyland version of the ride will be getting some re-theming, just like the ride out in Disney World. 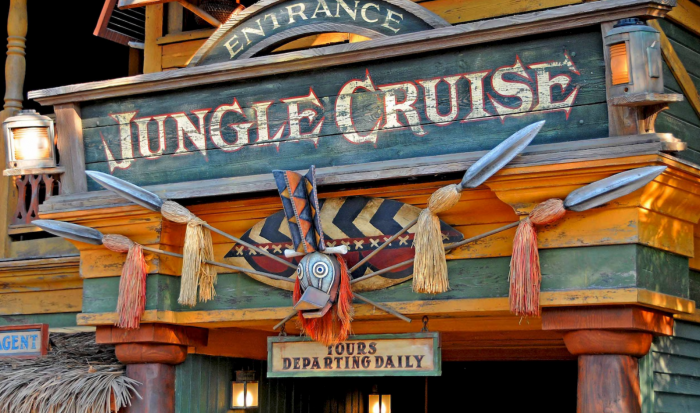 Time to Go on an Adventure! ©Disneyland

The re-theming includes the addition of a cohesive storyline, new characters, changes to some existing scenes, and an added depth to the ride’s backstory.

At Disney World, the ride is being kept open as the changes are being made. In fact, we’ve already seen some things changed in the queue, Trader Sam removed from the ride, and some BIG pieces taken out of one scene! But, it appears the ride will remain closed for some time over at Disneyland.

Click here to see everything we know about the changes coming to the Jungle Cruise!

We’ll continue to keep an eye out for more details about these ride refurbishments and let you know what we find.

Will you be visiting Disneyland when it reopens? Tell us in the comments!