What a truly glorious time it is to be a Star Wars fan! 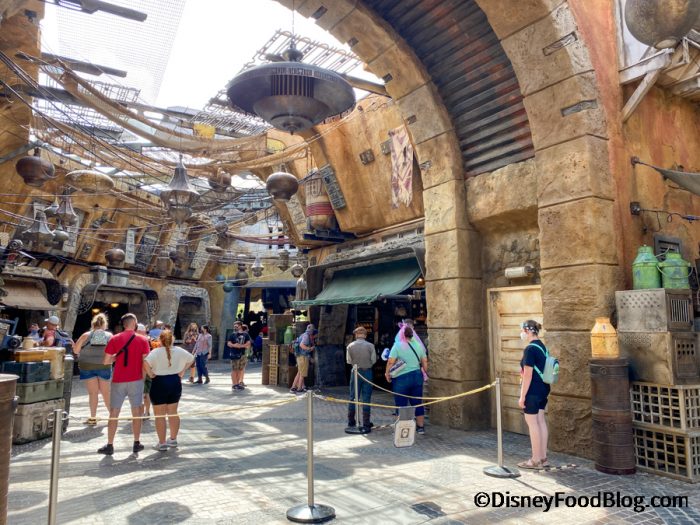 Not only is the Disney Cruise Line planning a Star Wars-themed lounge for the Disney Wish, but a newly released book is giving us ALL kinds of details on the Galactic Starcruiser hotel, which is easily one of the most anticipated Disney hotel…ever?

While we wait (and wait…and wait) for the launch of the Galactic Starcruiser at Disney World, we’ve been excitedly monitoring each and every new detail, from aerial shots of construction to behind-the-scenes renderings of guest rooms! 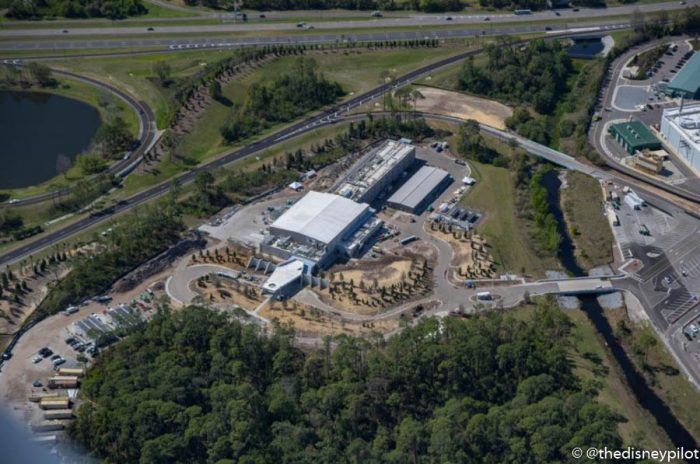 Now there’s a breathtaking new book that’s SPILLING so much Star Wars tea, and we’re drinking every sip! When we first got a look at The Art of Star Wars: Galaxy’s Edge, we were instantly obsessed with fascinating details on Galaxy’s Edge restaurant ideas that never fully happened (umm animatronic bartenders?!). 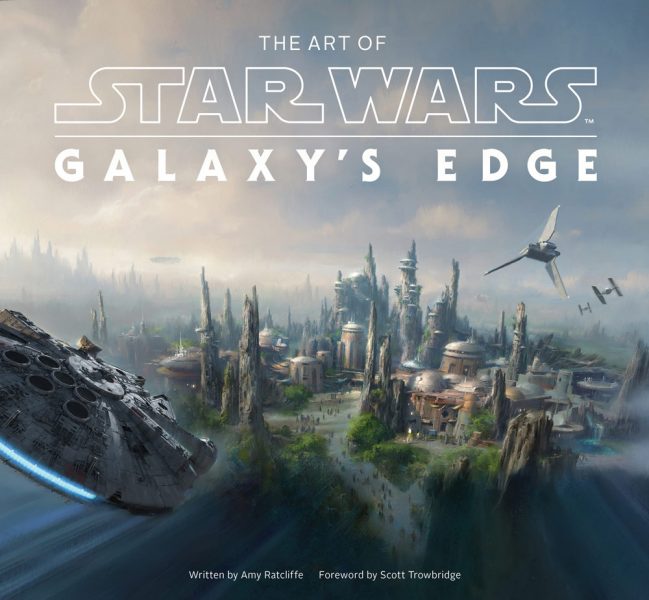 As we explore more of the book, we’re uncovering SO MUCH more about Galaxy’s Edge, and most interestingly, the Galactic Starcruiser! 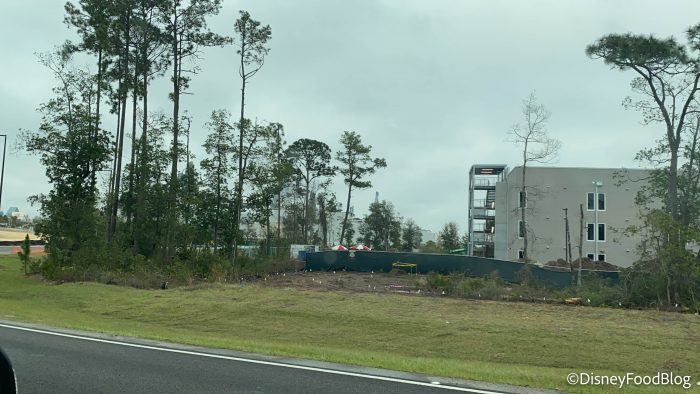 For starters, we got a peek at a previously unseen rendering of inside the hotel/ship, called the Halcyon, and it looks like something blasting through space in another galaxy far far away. 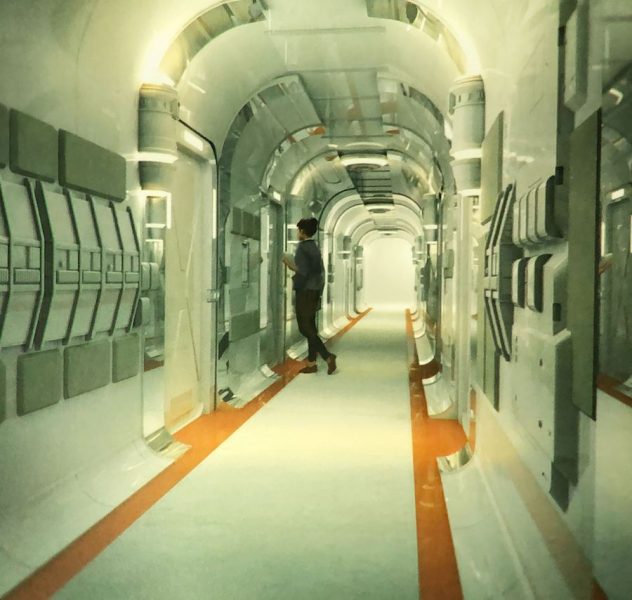 In the book, Imagineers talk about how they wanted the Halcyon to look sleeker and more “well-heeled” than Galaxy’s Edge, which they describe as “dusty” and “grainy,” like the “Route 66 of Star Wars.” Love it.

The photo below was in the Star Wars Hotel section of the book (referred to as Boarding the Halcyon) and shows a restaurant with what appears to be a show. Does that look like a Star Wars dinner show to you?! Disney has NOT announced that this restaurant is coming to the Galactic Starcruiser, but we’ll be on the lookout for any announcements.

Originally, Galaxy’s Edge was supposed to have a dining show, but it was later cut! According to this same book, the restaurant would have been called Kalikori Club. It would have operated out of a “covered two-level bathhouse” and was meant to be almost like a speak-easy or hidden club, part of the under-the-underground world. A Twi’lek woman was meant to be the owner and entertainment. Hmmm….that description kind of looks like the photo below.

Could we be getting a dining show experience at the Star Wars Hotel? We’ll have to wait and see! Share your thoughts with us though! 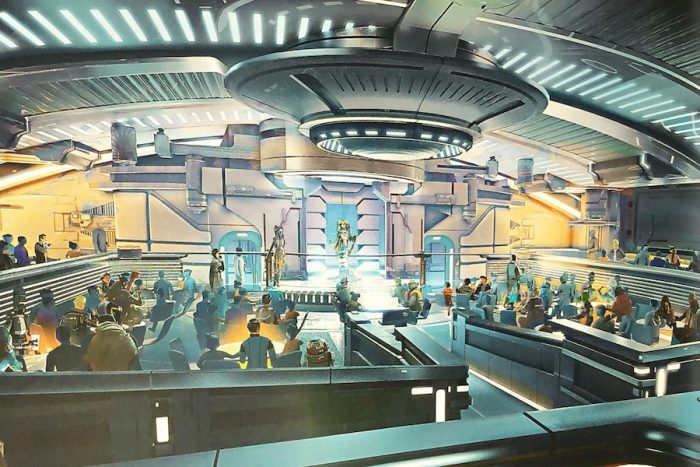 In the book, you can also see some of the art for The Sublight Lounge which IS confirmed to be on the Galactic Starcruiser. The book refers to this photo as Cantina Sabacc Table. 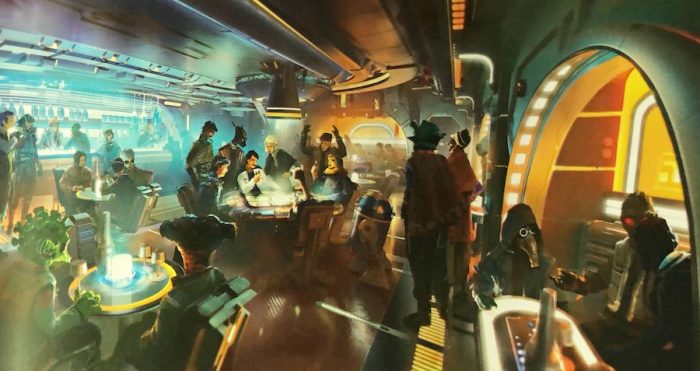 While specifics on the restaurant — and many other aspects of the Galactic Starcruiser — are still hush-hush, it’s SUPER cool to get these sneak peeks into the Star Wars world through this beautiful new book, which you can purchase right now from Amazon for $37.54!

In the meantime, we’ll continue to sift through the book for more details, and keep you up to date on any and ALL Galactic Starcruiser news from Disney World!

YOU Think Disney’s Star Wars Hotel Will Cost 10K and Your Firstborn Child!

What do you think the Galactic Starcruiser restaurant will be like? Let us know in the comments!