It’s May 4th and that means it’s Star Wars Day (because May the FOURTH be with you)!

We kicked off the day with some thrilling news about Disney World’s upcoming Star Wars Hotel, and now we’re in Disney World reporting LIVE on all the fun celebrations. Follow along with us!

We will be updating this post throughout the day, so be sure to check back!

At the Hyperion, Animation, and Hollywood Popcorn Carts in Disney’s Hollywood Studios today and tomorrow, you can try the Interstellar Sweet and Crunchy Popcorn for $7.19. 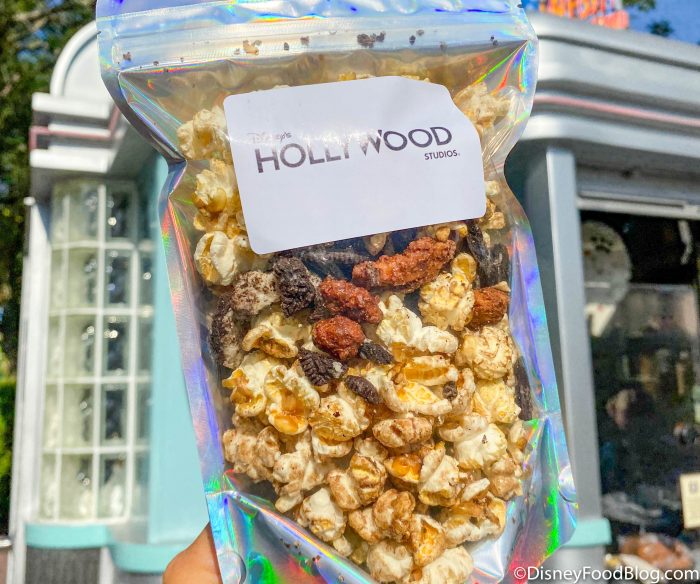 Get ready for a mix of Popcorn, Oreos, and Red Pepper Pecans. Warning! This combo is SPICY.

Click here to see our REVIEW of the popcorn!

We also get to be reunited with the Lightsaber Churros today!

These churros sure look pretty cool with those lightsaber hilt holders, but they taste pretty average.

And who knew that space funnel cake meant black and white funnel cake with strawberries, space dust, and candy rocks? You can try out the Galactic Swirl Funnel Cake at Epic Eats.

But how did it taste!? Turns out…pretty good.

Click here for our review of the funnel cake! 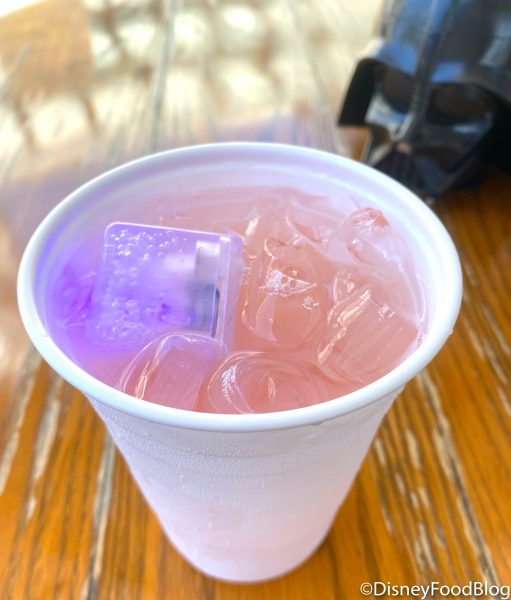 Darth Vader Peeping in the Back

You might want to try the Jettison Juice at the Backlot Express, ABC Commissary, PizzeRizzo, and Rosie’s All-American Cafe.

Click here to see our review of the Jettison Juice!

For a sweet and alcoholic drink, we tried the Cosmic Rum Punch at Oasis Canteen.

This wasn’t our favorite cocktail we’ve had in Disney World, but it might appeal to those who like sweeter drinks.

Want to see our review of the Cosmic Rum Punch? Click here!

One of the most eye-catching snacks we’ve had so far is the Dark Side Chocolate Creation at Backlot Express. This is a snack for those who have always wanted to eat Darth Maul. Wait…is that anyone?

Did you know you can drink out of Darth Vader’s helmet? 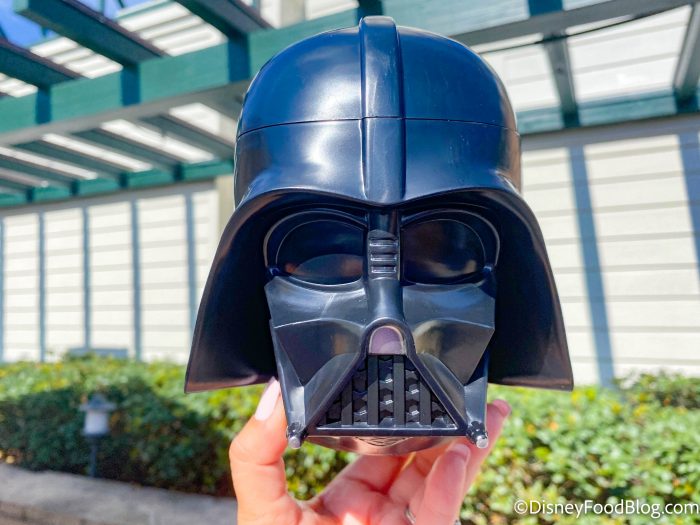 Well, the first thing we noticed when we arrived at Disney’s Hollywood Studios this morning was that there were a LOT of folks looking to snag some Star Wars merchandise. 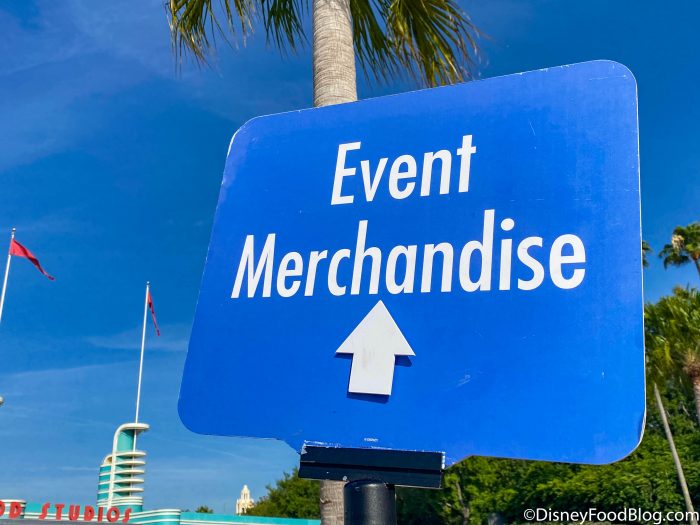 Time to Get Shopping!

We had to scan into a virtual queue to be able to snag the merchandise at select Hollywood Studios locations and right at 9AM, there were already 849 PARTIES ahead of us. 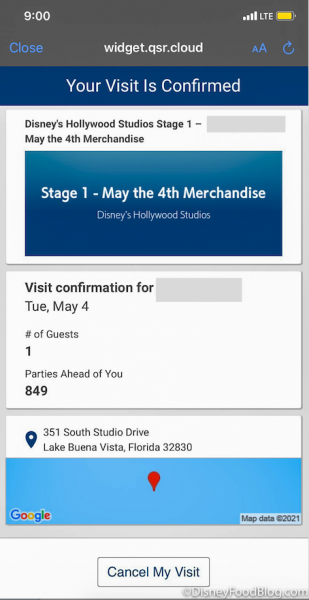 Whew! It seems like there’s QUITE the demand for these new items!

Click here to learn more about the virtual queue process! 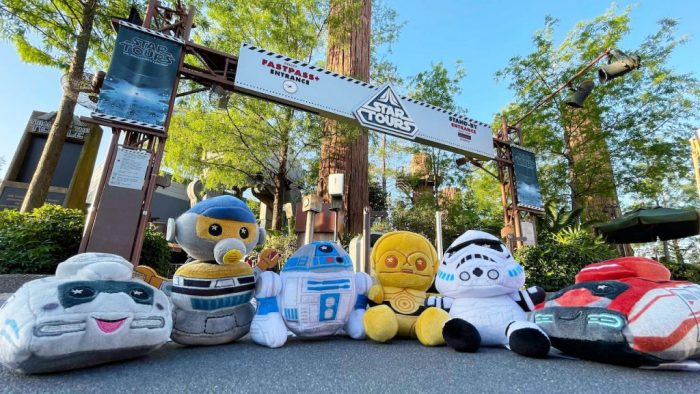 Want to see more of the new Wishables? Click here!

While we waited our turn, we were able to pop into Celebrity 5& 10 to see the Star Wars Starbucks Been There Series featuring mugs inspired by Tatooine, Batuu, and Endor. 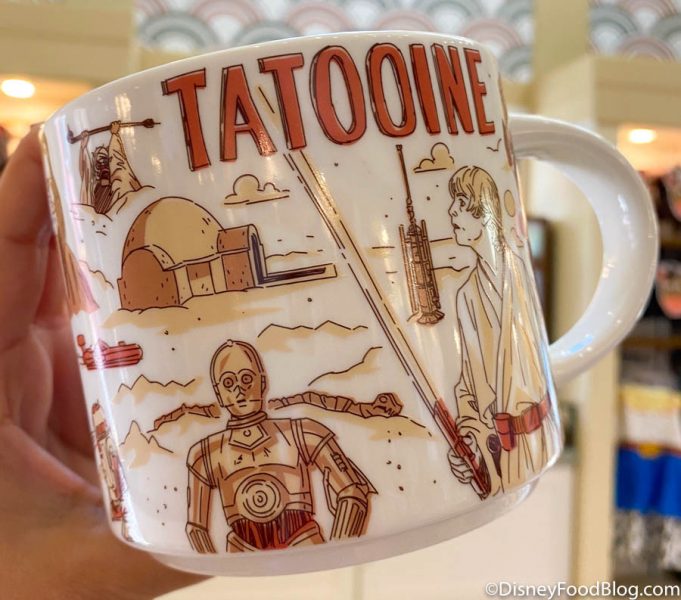 We weren’t able to spot the Endor Mug in Disney World just yet but it IS available online!

And did you know even MORE exclusive merchandise is coming to Disney World next month? 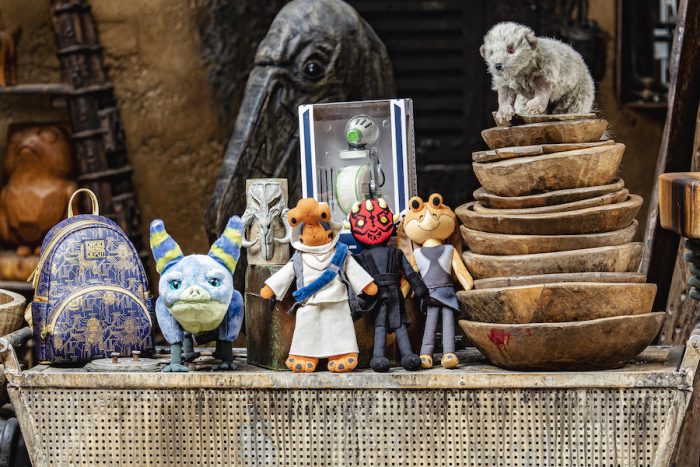 Don’t judge us, but we have our eyes on the Jar-Jar Binks Plush.

Want to learn more about this coming merch? Click here!

We headed into Walt Disney Presents this morning to check out a surprise display of the upcoming Star Wars Hotel — the Star Wars: Galactic Starcruiser! 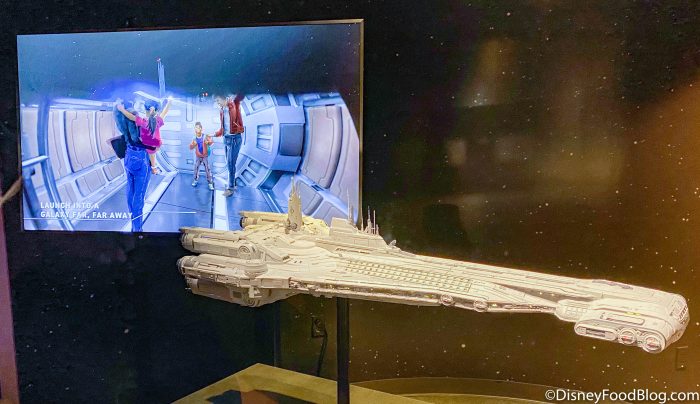 We Can’t Wait to Learn More About This Experience

We’re pretty excited to learn more and more about this experience over the next year.

For a limited time in Disney’s Hollywood Studios, get a look at a model for the Halcyon starcruiser! 💫 pic.twitter.com/OJNCvyNVrV

It’s pretty neat to be able to take a look at the model of the ship.

There’s certainly a lot of exciting stuff happening for Star Wars Day! Remember, we’ll be updating this post ALL DAY so keep checking back to see ALL the festivities!

How are you celebrating Star Wars Day? Tell us in the comments!