And you know what that means — loads of great deals on lots of Disney stuff. We have already shared deals for kids and Marvel fans along with the best deals and items under $10. But if you’re a Star Wars fan, this is your lucky day — because we’ve looked through all the great deals and found discounts and sales you’ll want to grab!

The first thing we found was kind of a throwback! Does anyone else remember the YouTube video that went viral about the lady who bought a Chewbacca mask? It brought her so much joy!! We think you each need your own, and we found one on sale for Prime Day! 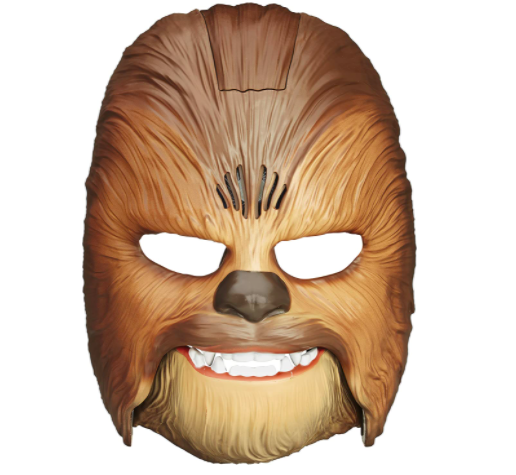 Next is the Star Wars: Destiny card game, where you and another player duel with heroes and villains from Star Wars! It’s best for older kids and adults! 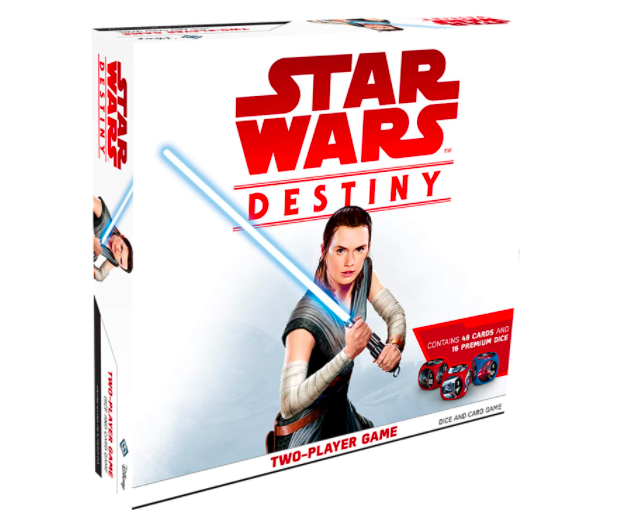 If you’re looking for something more for the kids, we thought this Star Wars picture book, A Jedi You Will Be, looks adorable! 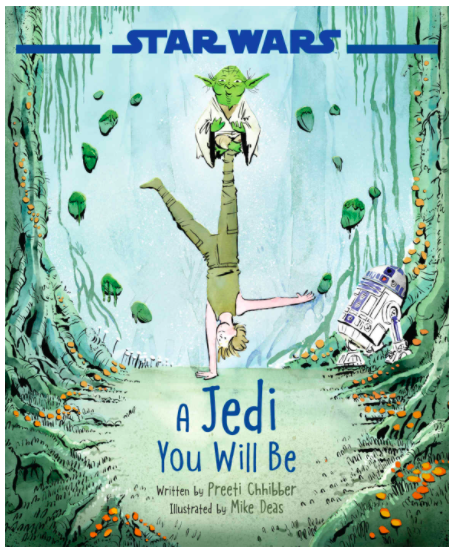 It’s an illustrated story narrated by Yoda himself! The hardcover book is originally $17.99, but it’s on sale for $11.99, just for Prime Day!

Buy the A Jedi You Will Be Picture Book Here!

For kids who are a little older, the Star Wars Myths and Fables book might be closer to their level! 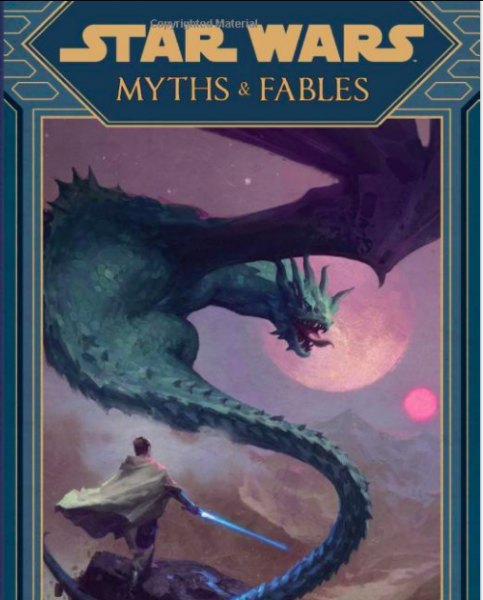 The hardcover book is full of beautiful Star Wars illustrations and myths from the Star Wars galaxy, and it’s on sale for $15.99, down from $17.99!

If you’re into saving our planet (not just the one that’s far far away), these reusable Star Wars-themed food storage bags are a great way to get started! 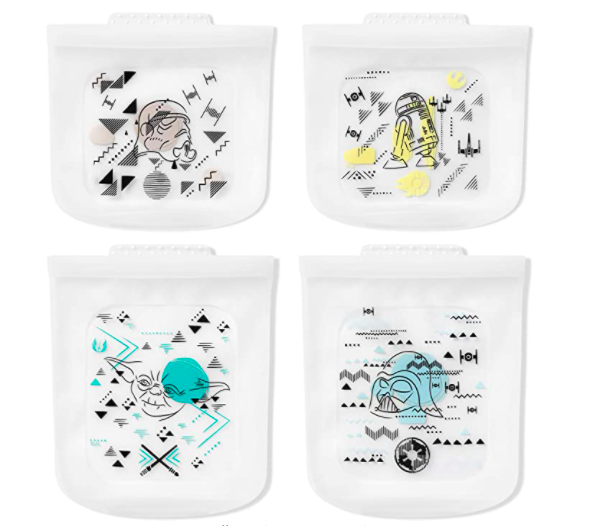 The set comes with four platinum-grade food storage bags that are microwave, dishwasher, and freezer-safe! Two are sandwich-size bags, and two are half-gallon size bags, and all four have cute Star Wars designs on the front! The bags cost $42.00, down from their original price of $59.99!

For all the little Darth Vader fans out there, we found an awesome Star Wars bike! The bike is a 12-inch Huffy with a Darth Vader mask on the front! 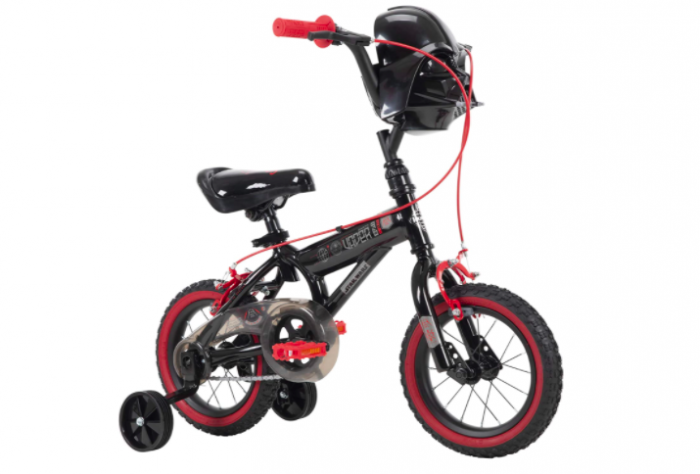 Speaking of Star Wars vehicles, we found a smaller one for the Lego fans! This Lego A-Wing Starfighter set comes with two figures and a ship with firing missiles and retractable landing gear! 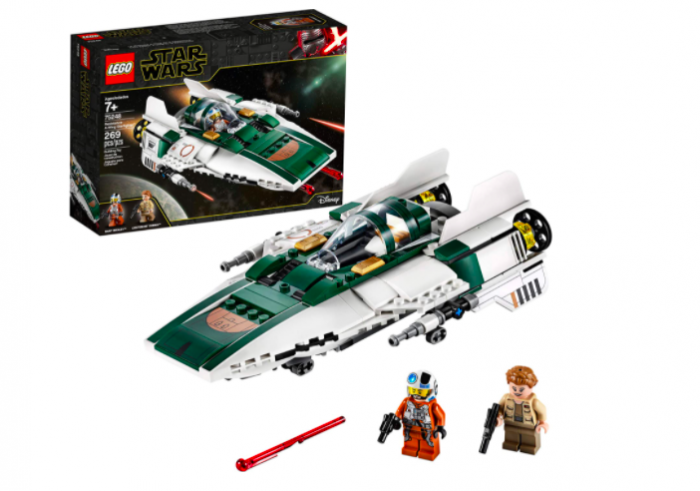 This is kind of a big deal because you probably know that Legos get really pricey! But this set is on sale for just $18.99, down from $29.99!

If you’d rather not build your own Star Wars vehicles, there’s this Millennium Falcon ship, complete with figures!

Any Funko Pop! collectors out there?? We found a figure of Han Solo and a Tauntaun on sale! 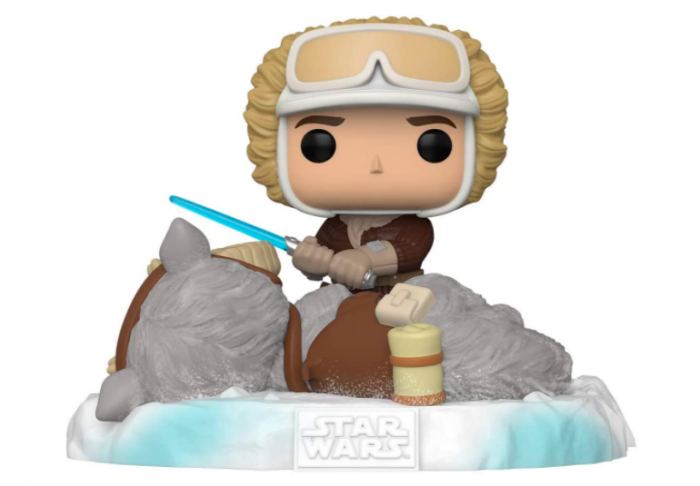 Finally, if your kid is more into the Dark Side of the force, we think they’d love these Kylo Ren and First Order Trooper Walkie Talkies! 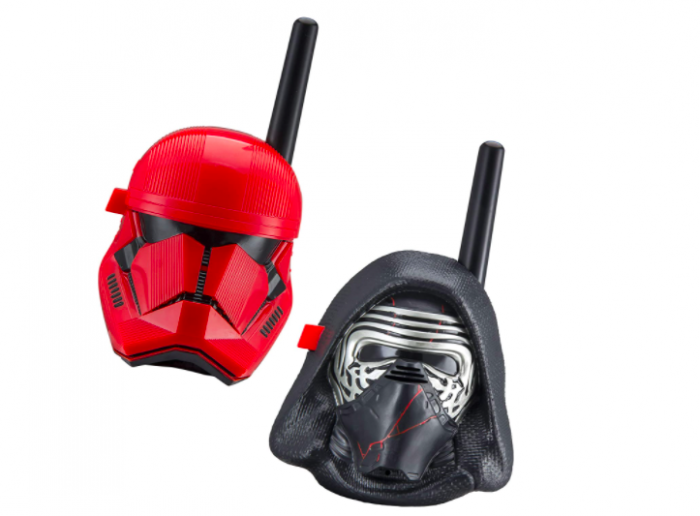 The walkie-talkies are battery-operated and have an extended range. They were originally $16.99, but they’re on sale for $8.29!

So May the Force Be With You today while you’re shopping Prime Day! And we’ll let you know what other great Disney deals we find, too!

Click Here For 10 Disney World Essentials You Can Get on Amazon!

Did you find any great Prime Day deals? Let us know in the comments!

« There’s a Magazine With Over 50 SECRET Disney Recipes on Amazon
La Cava Del Tequila Debuts a NEW Margarita in EPCOT! »