We’re excited about many of the new projects coming to Disney World soon, but if there’s one that intrigues us the most, it would probably be the new Star Wars Hotel! 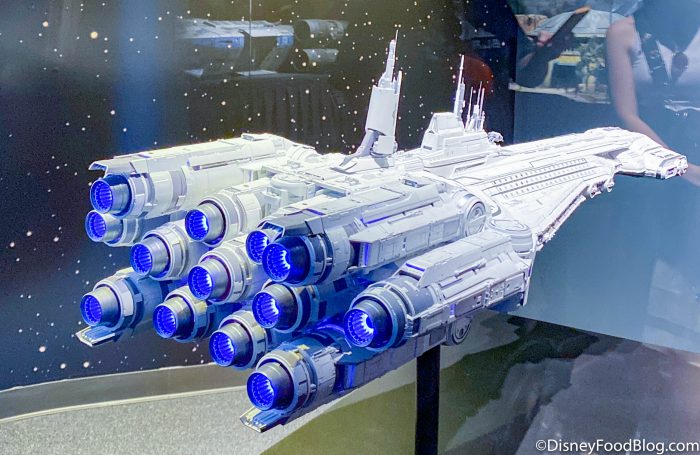 Star Wars: Galactic Starcruiser is set to open in 2022 and it’s unlike any other Disney Resort. It’ll be similar to a cruise ship experience, where guests are “onboard” for two days. However, there are also many interactive elements of your stay — and today we got a fresh look into what it’s going to be like!

This afternoon, Disney released the new poster for the resort and shared a very in-depth look at all the elements of the concept art! There’s a lot to unpack here, and some of it gives a bit more information on what we can expect on the Halcyon. (That’s the ship’s name!)

Let’s start by looking at the four characters in the middle of the poster. Each is participating in their own tasks and seems to have their own goals, just like guests the guests will while staying at the Galactic Starcruiser. Whether you choose to join the First Order, train like a Jedi, or go rogue, you’ll get to make your own decisions as a traveler and write your own story throughout your visit. Also…do you spot that smoking drink?! We are SO here for it!!

Next, you may want to note that Kylo Ren and Chewbacca appear at the top of the poster. Looks like we’ll be seeing some fan-favorite characters on our voyage! And with both the First Order and the Resistance present, we have a feeling there’s going to be a showdown. 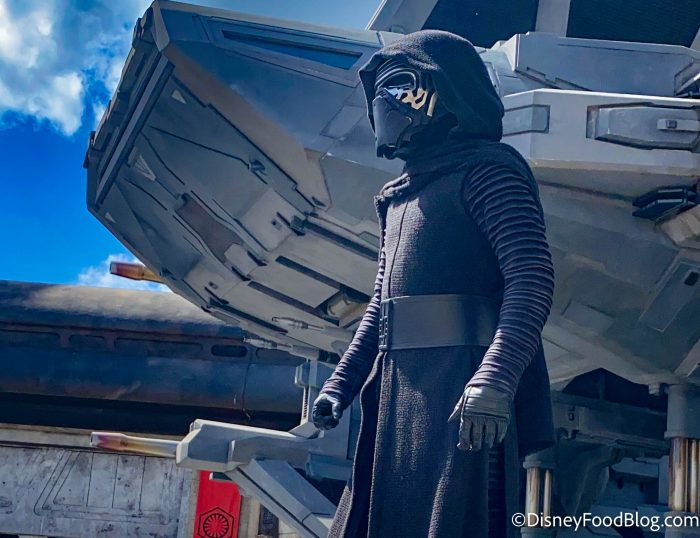 In the middle is an R-series astromech droid, similar to R2-D2. However, this guy doesn’t look like any other droid we’ve seen before! To put it in Disney’s words, it looks like he’s got a few extra “bells and whistles.” Will we encounter this droid onboard? Will we get to build one like it? We’ll have to wait and find out! 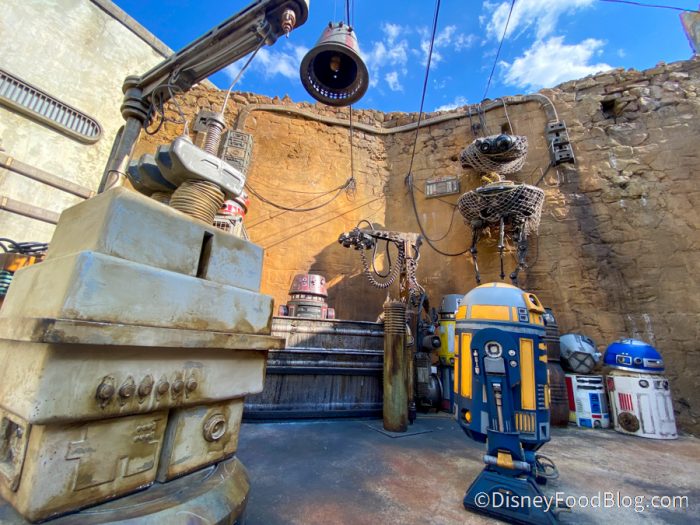 We’re wondering what the droid is all about!

The bottom left corner shows a photo of a family eating a meal in the Crown of Corellia Dining Room, the ship’s premier restaurant. The food they’re munching on seems to be pretty unusual, which is nothing less than we’d expect from a starship! We’re excited to get a peek at the menus, maybe we’ll get more “space food” like in Galaxy’s Edge. 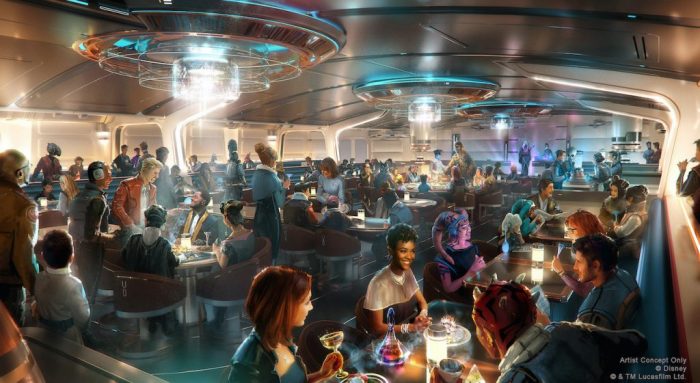 Concept Art for the Crown of Corellia Dining Room ©Disney

And finally, in the bottom right corner of the poster is a passenger wielding a lightsaber. We’ve already been told that we’ll be able to participate in lightsaber training on the ship, but now Disney has noted that “as part of your experience, you’ll face off with a training remote similar to how Luke Skywalker once did and learn the lightsaber’s ancient ways.” Training like Luke Skywalker? This gets cooler and cooler!

We’re expecting more information on the Star Wars: Galactic Starcruiser very soon. Disney plans to share interviews with Imagineers and lots of details on what guests can expect to find onboard. We’ll be on close watch, and we’ll pass along all the updates as soon as we get them!

Here’s What You Should Know About the Galactic Starcruiser Hotel!

Do you plan to book a stay at this resort? Let us know in the comments!

« Disney Plans to Release Groundbreaking Star Wars Hotel Updates SOON!
VIDEO: Is This the BEST Way to See Happily Ever After Fireworks in Disney World? »