We know it’s important to plan early for trips to Disney World! 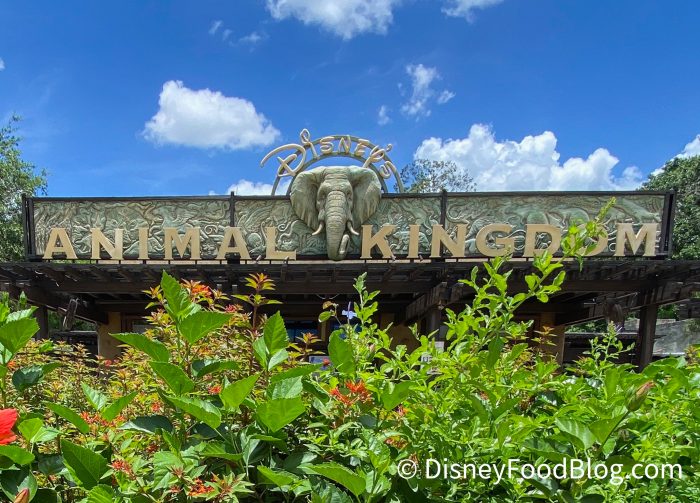 There are dining reservations, park pass reservations, and plans for each day to think about! We try to keep you as updated as possible with all the news and announcements from the parks! Disney just released their hours through October 9th, and we’ve got them here to show you!

We’ve already seen the park hours through September 25th, and now there are a couple more weeks available to see each park’s hours at Disney World! 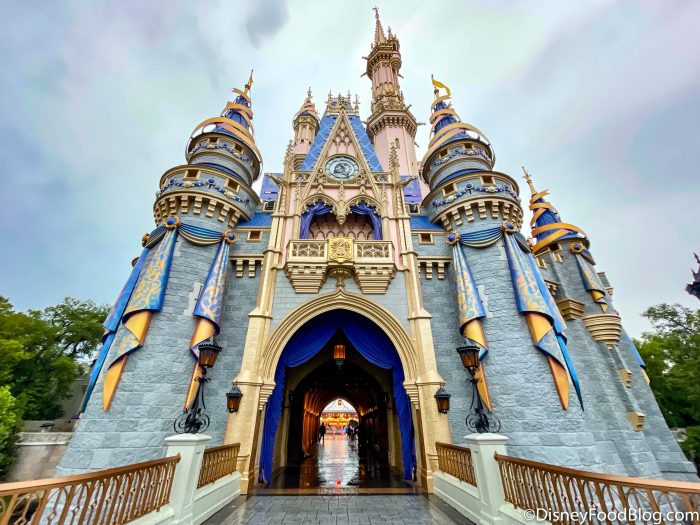 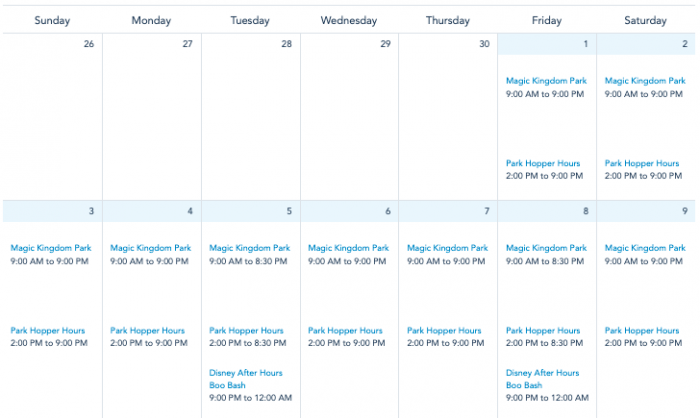 Moving over to Disney’s Animal Kingdom, this park will be open from 8AM to 7PM each day from September 26th through the 30th. 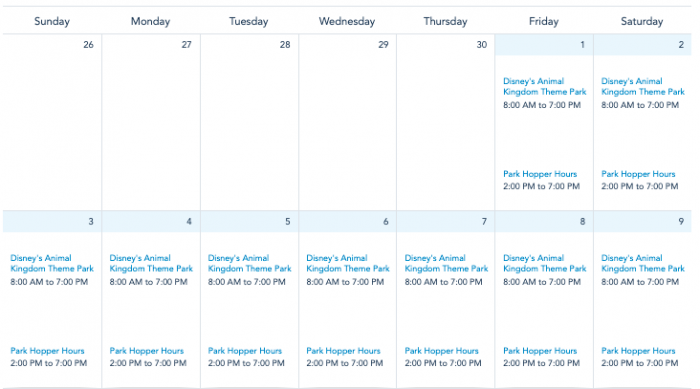 If you’re heading to EPCOT, that park is open from 11AM to 10PM on September 26th and 11AM to 9PM on the 27th through the 30th. Remember that the EPCOT Food & Wine Festival is open as long as the park is on those days!

In October, EPCOT is open from 11AM to 9PM on each day from the 1st through the 9th. 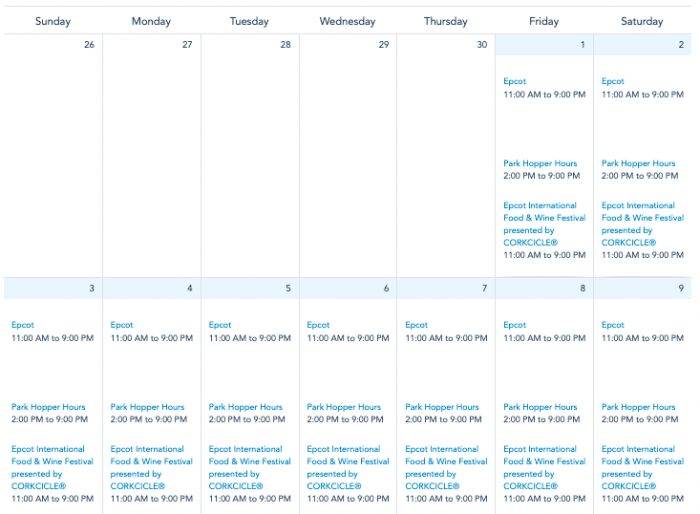 In October, you can head in to Hollywood Studios from 9AM to 9PM on each day from the 1st through the 9th except October 6th, when the park is open from 9AM to 8PM. 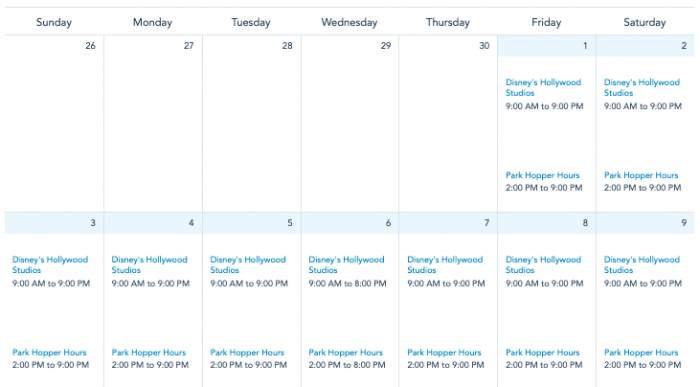 Finally, we looked at Disney Springs! The Springs are open from 10AM to 11PM each day from September 26th through the 30th.

Hours can always change at Disney World, so keep an eye on the calendar and keep following DFB, because we’ll let ya know as soon as we do!

Click Here to See Which Dates are Sold Out for Disney’s Boo Bash Event!

When are you heading to the parks next? Let us know in the comments!

« Disney World Just Had Its HOTTEST Day of the Year — What Does Next Week Look Like?
More Park Hours Extended for Disney World! »