Welcome back to DFB, friends! It’s time for another What’s New at EPCOT! 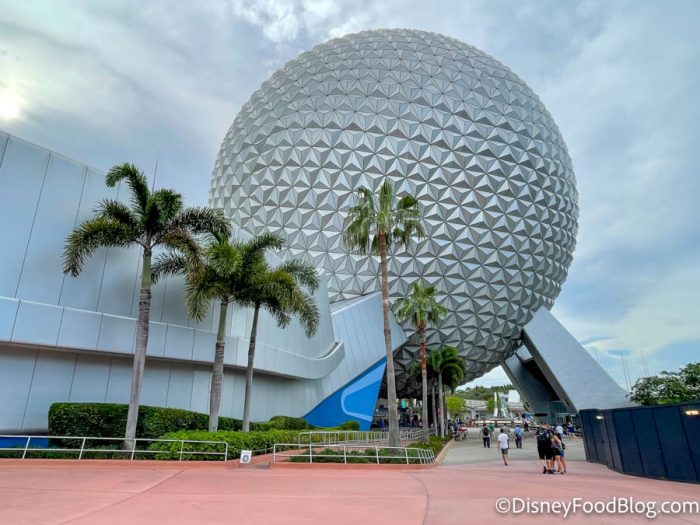 Let’s check out what’s going on in EPCOT!

The Food & Wine Festival may have kicked off earlier this month, but that doesn’t mean that there aren’t other things to look forward to beyond the delicious booths! And, we’ve got plenty of new dining, construction, and merchandise updates to share with you! So, what are you waiting for? Let’s jump right on in!

Recently, we’ve spotted some price increases at restaurants around World Showcase including Teppan Edo and Tokyo Dining, and this week we saw more menu changes at dining locations in the Japan Pavilion. The first was at Katsura Grill where you can order up from a selection of sushi, teriyaki dishes, udon, and more. 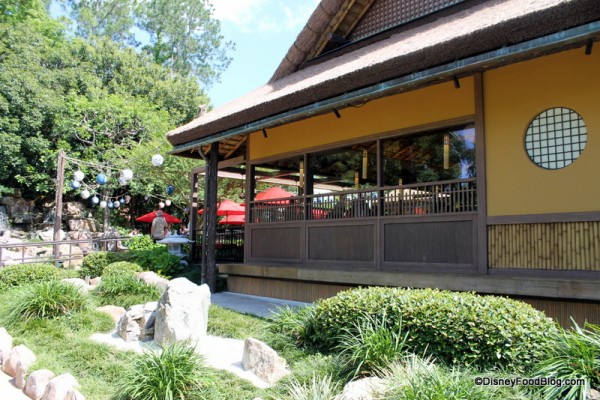 So, what exactly are you going to be paying more for? Well…it’s a lot. Price increases include: 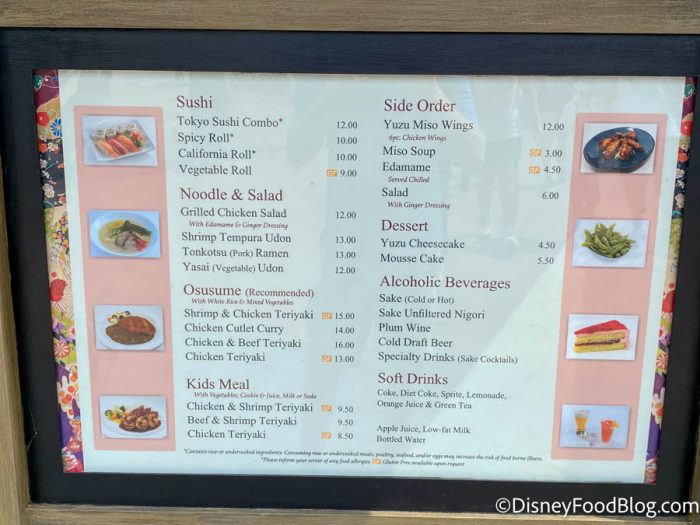 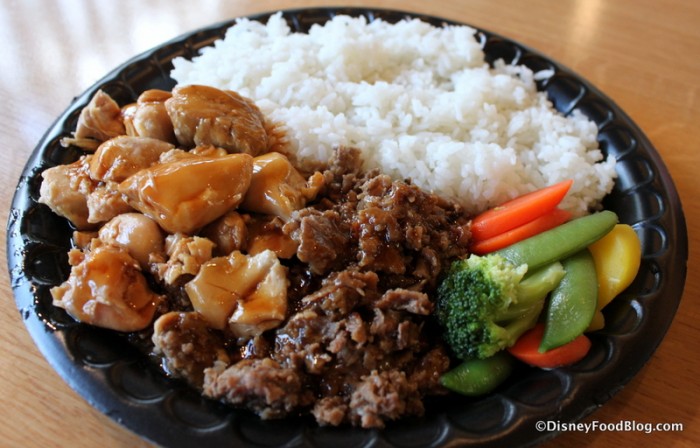 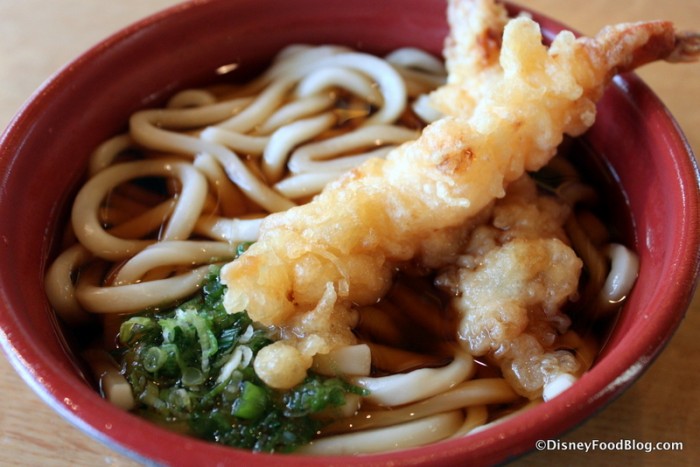 But, those aren’t the only changes you’ll spot on the menu! There are also a few things that have been removed (and one new addition!) including: 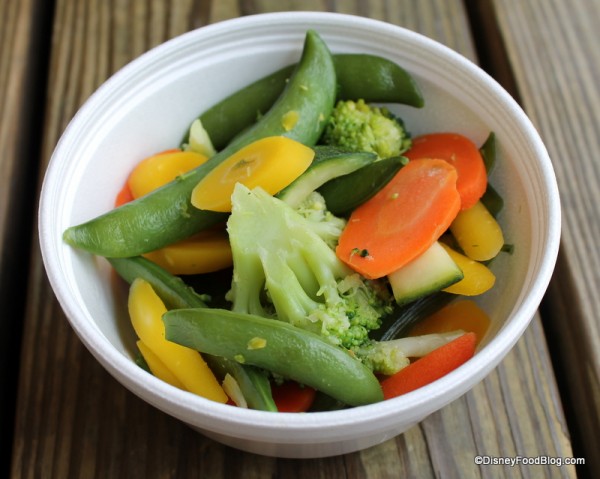 So, be prepared to shell out some extra cash if you’re planning to stop here for a bite on your trip around World Showcase.

Check Out More Details on the Price Increases HERE!

The other restaurant that saw some menu changes in the Japan Pavilion is Kabuki Cafe where you can pick from a small selection of sushi and drinks. 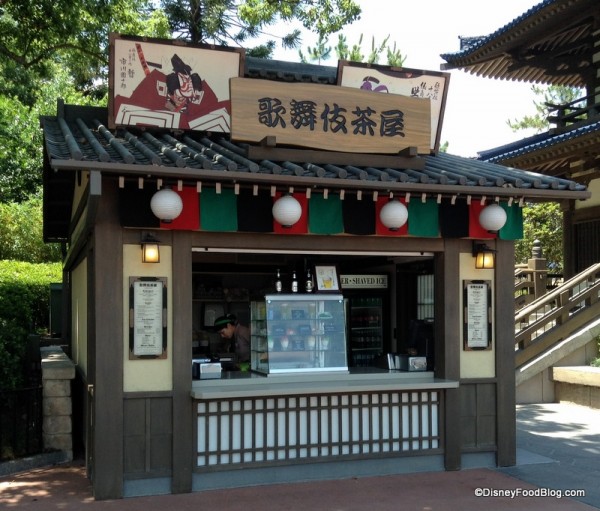 So, first, let’s cover the price increases on the menu. They include: 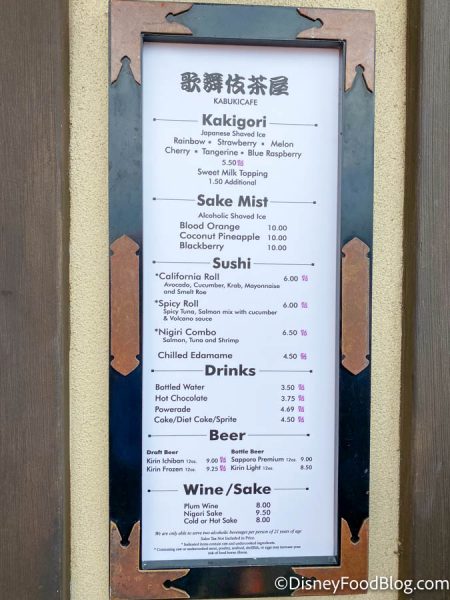 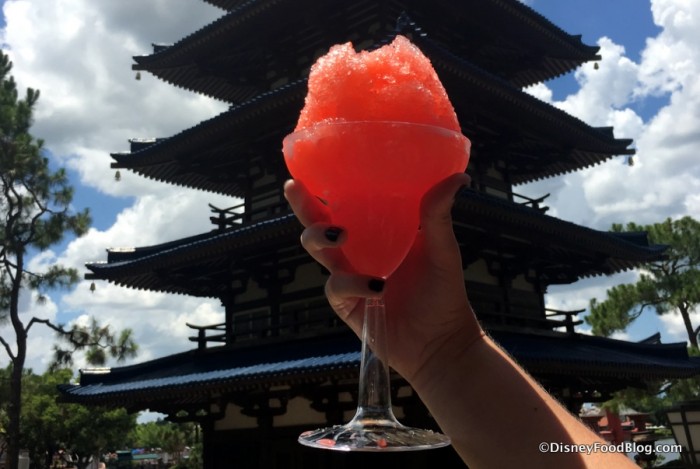 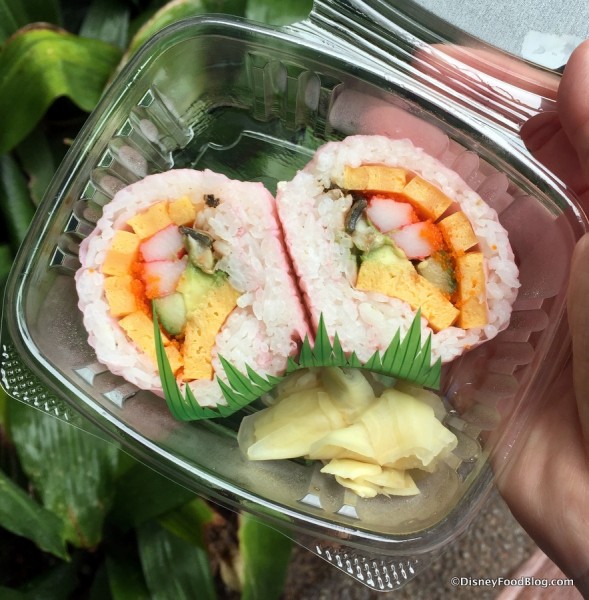 As for the other changes, you’ll no longer find both the Assorted Ramune Japanese Sodas or the Asahi Super Dry Bottle on the menu.

After a VERY long closure, the EPCOT Monorail line officially reopened to guests on July 18th and it’s been taking guests between the Transportation and Ticket Center ever since! Well…kind of! Last week (only TWO days after the monorail opened) it experienced a short closure and when we were visiting, there was another temporary outage. 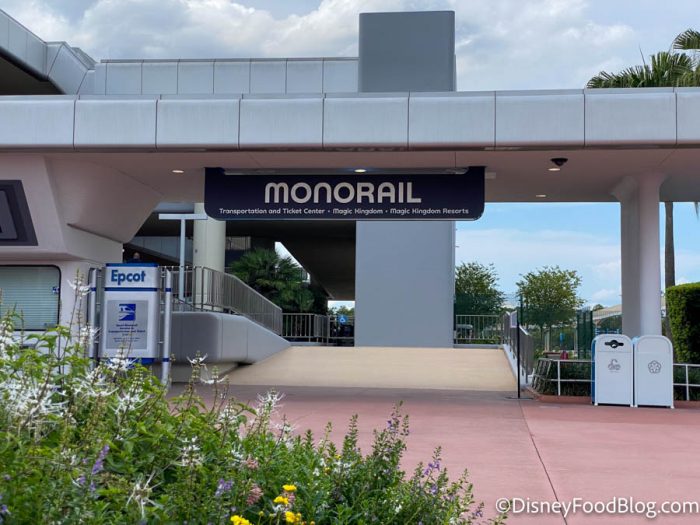 But, unlike the closure last week, this one didn’t last long and it was back up and running pretty shortly after closing.

And, all remnants of the previous Flower & Garden Festival are starting to disappear in the park! Disney transforms the greenery that lines the bridges to World Showcase with flowers during the springtime festival every year (and they even did it on the My Disney Experience app too!), but it looks like it’s time to say goodbye to orange, yellow, pink, and red flowers… 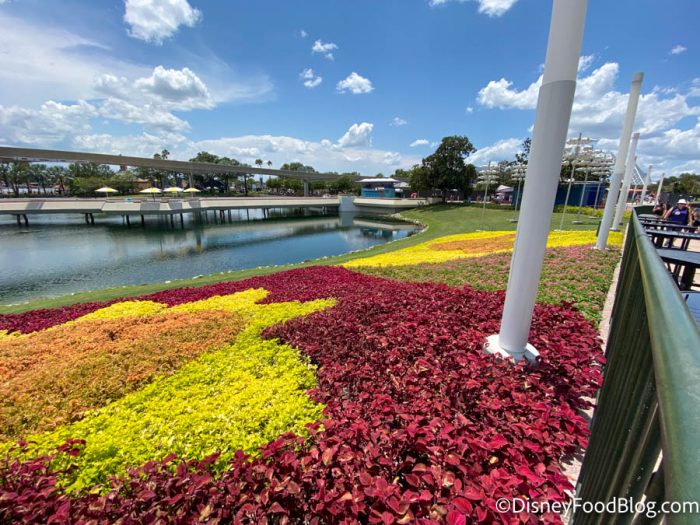 Some are still filled with flowers…

…because almost all of them have been removed and we’ve been left with a view of dirt. 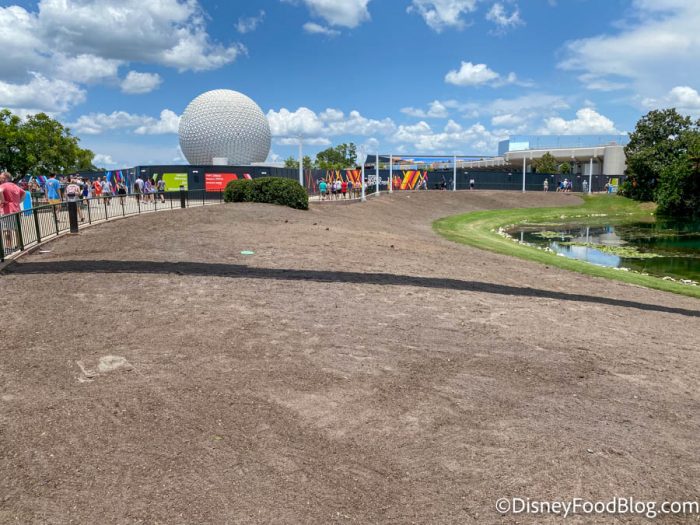 But others have been cleared

Disney normally transforms the space into something entirely different after the festival, so we’ll keep an eye out for what’s to come in this area!

Of course, we took a little break from the heat to do some shopping and noticed that there was a NEW Limited Edition MagicBand in Mouse Gear celebrating the upcoming Marvel movie, Shang-Chi and the Legend of the Ten Rings. The band itself is red and has the master of Kung Fu and Brother Hand on one side… 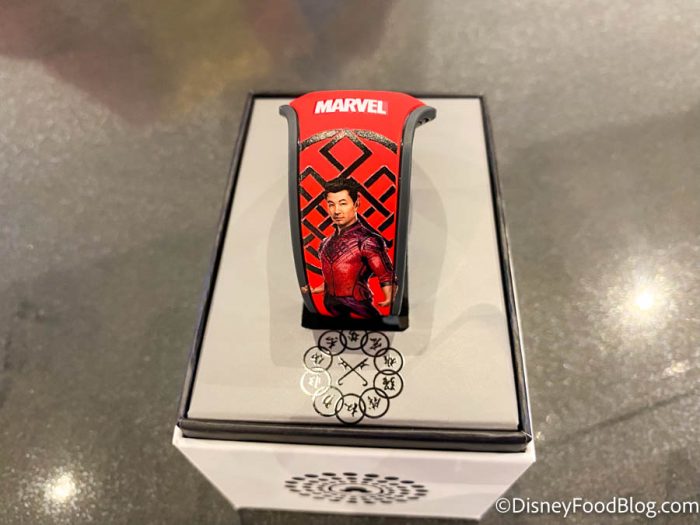 …and other details from the movie on the other, including “Shang-Chi.” Now, because this is a limited edition, Disney will only be selling 1,500 of them and, according to Cast Members, they are going fast. So, if you’d like to get one for yourself, you might want to hurry! It’ll cost ya $39.99. 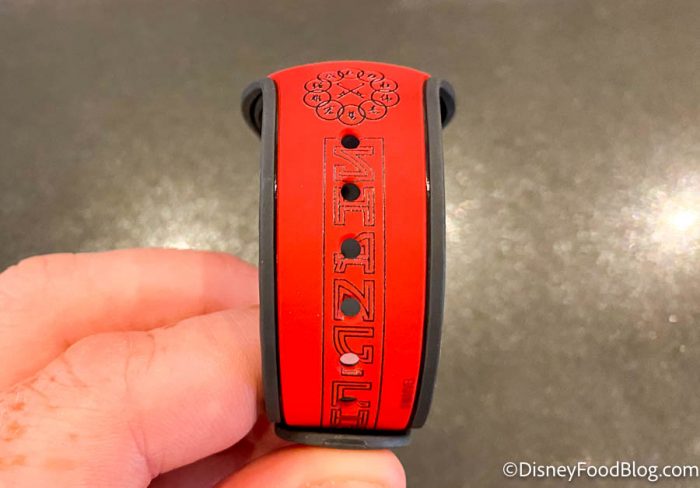 And, we spotted a new Floral Disney Tumbler on the shelves! The pink water bottle is covered in a floral pattern (with Mickey Mouse mixed in, of course) and says “You had me at Walt Disney World” on one side. 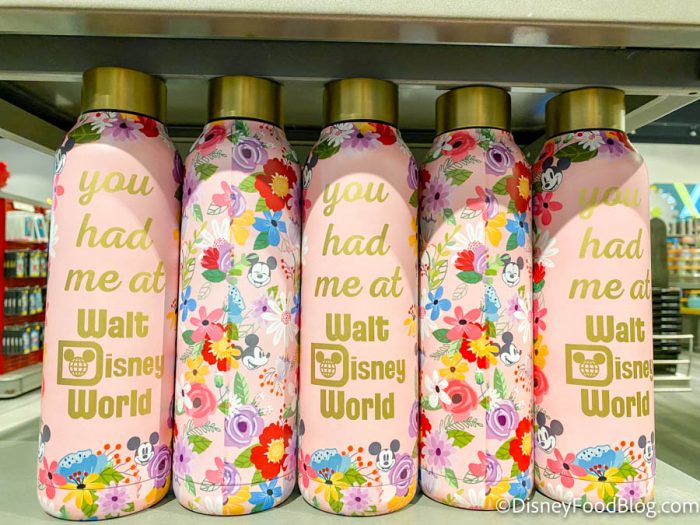 It’s available at multiple stores throughout Disney World and costs $27.99.

Click HERE to Check Out the NEWEST Pair of Minnie Ears in Disney World!

Well, that’s it for all of the dining, construction, and merchandise updates at EPCOT! Of course, we’re always keeping an eye out for more so be sure to stay tuned to DFB for more!

When was the last time you visited EPCOT? Let us know in the comments!