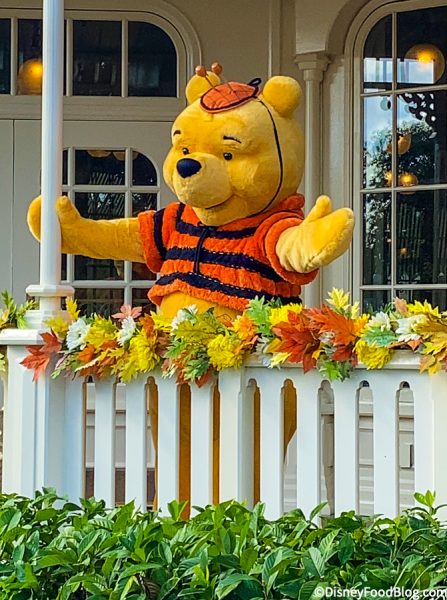 As fall approaches, we’re preparing for the start of BOO Bash, the 50th Anniversary, and new nighttime firework shows (R.I.P Happily Ever After). But we’re not the only ones preparing as fall decorations have already started popping up in Magic Kingdom! Overnight, Disney’s classic spooky (and adorable) pumpkins arrived on Main Street in the Magic Kingdom!

We’ll start off by saying hello to some happy faces above Casey’s Corner. Is that Mickey Mouse’s face we spy on the right? 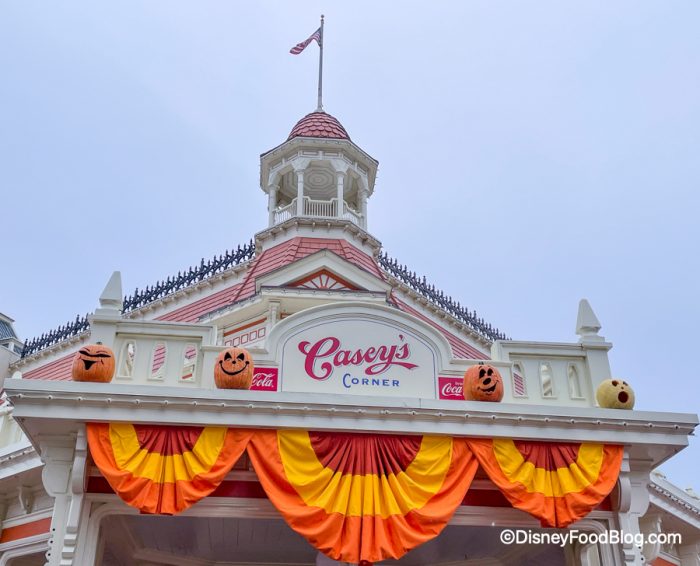 Across the way, we had to share this adorable trio of pumpkins sitting at a table and chairs! They look like such a happy family, but do you think they’re talking about us up there? 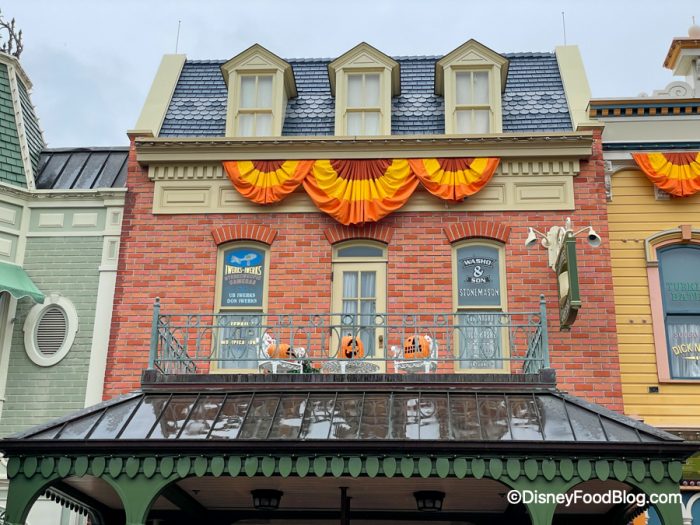 Oh, to be a Main Street pumpkin sitting with his friends in Magic Kingdom…

Over by the Emporium, we have three more smiling faces sitting in a row! 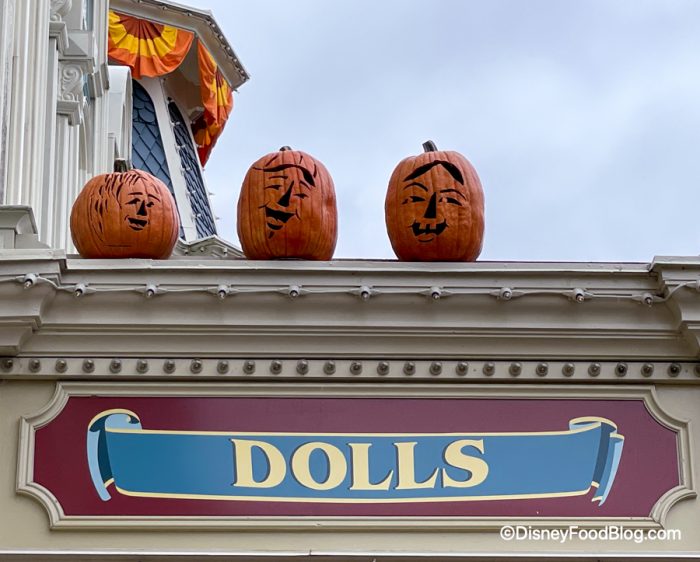 The Main Street Confectionery is decorated with lots of pumpkins! We love that classic pumpkin grimace! 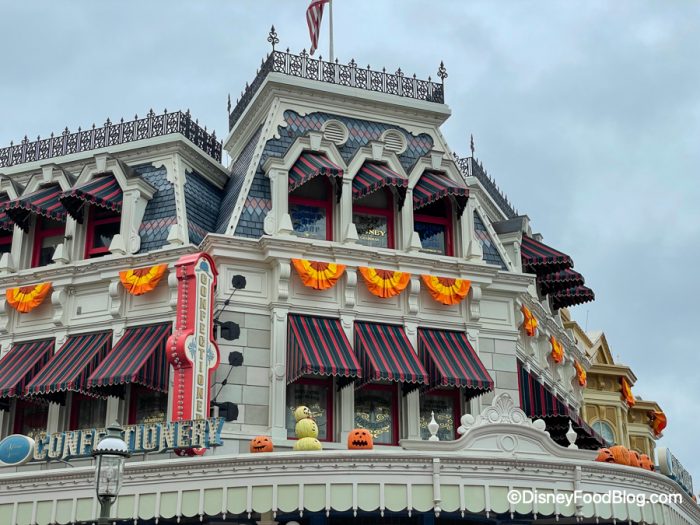 The Plaza Restaurant has some singing pumpkins on display — do you think they’re singing “Boo to You?” 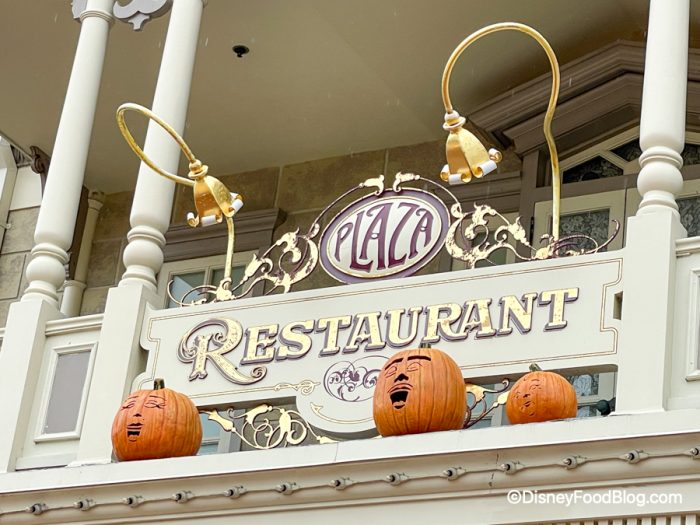 Hey, Emporium entrance pumpkins…are you ok? These guys both look like they’re going through some stuff… . 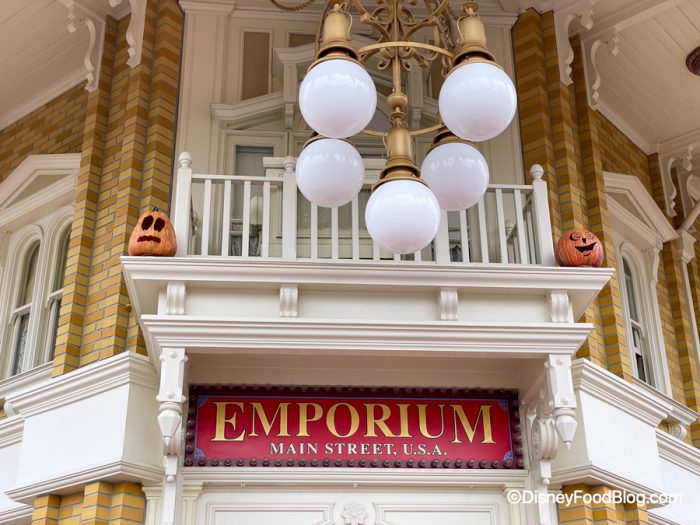 Some friends welcoming you into the Emporium 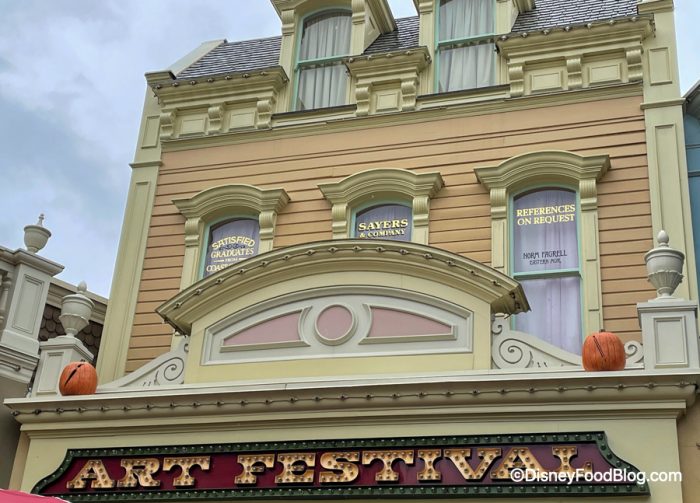 Now, take a guess as to where this pumpkin is located on Main Street… 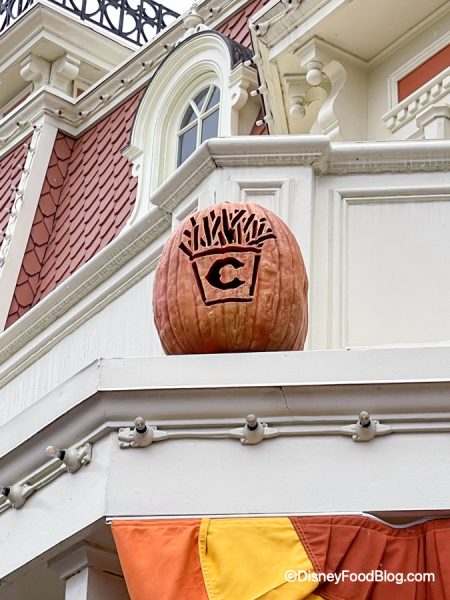 Can you guess where this pumpkin sits?

…you probably guessed it! Casey’s Corner has two pumpkins featuring some signature baseball treats in honor of the classic Disney restaurant. 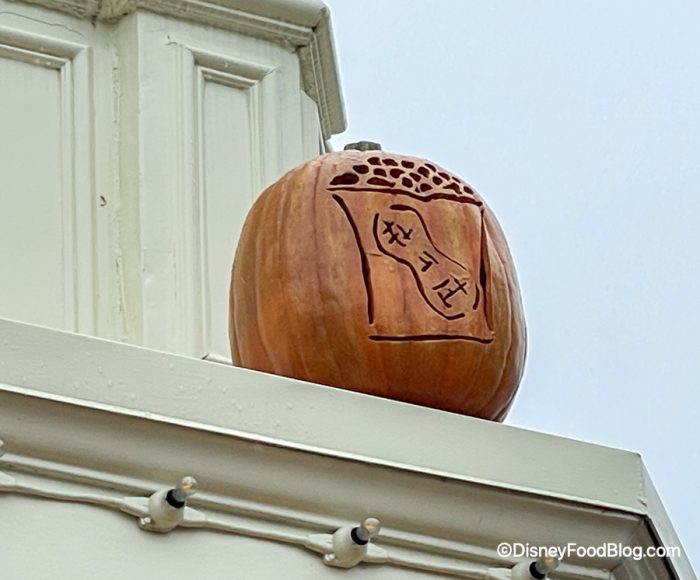 Nothing says baseball like a hot dog and peanuts!

The City Hall pumpkins seem to be going through a whole range of emotions! Maybe guest relations can help them out! 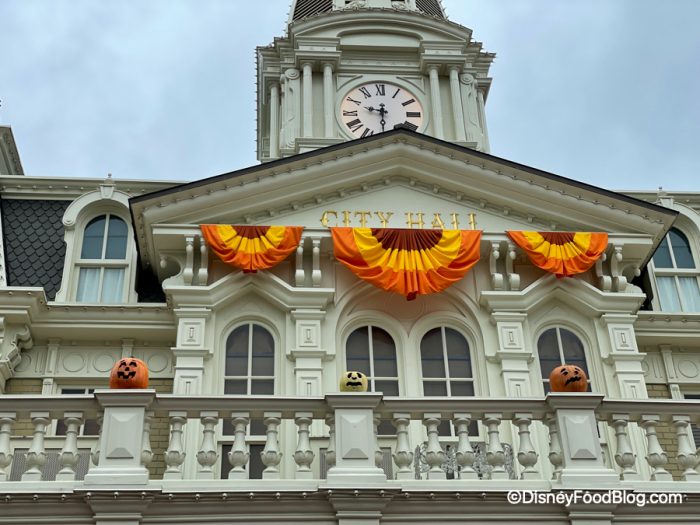 And that concludes our guided photo tour of the new pumpkin decorations on Main Street! We can’t wait for more decorations to arrive in the Magic Kingdom! Until then, stay tuned to DFB for more Disney park news, announcements, and more!

Check out the NEW Magic Kingdom Park Map With LOTS of Updates!!

Are you excited about Halloween in Disney World? Let us know in the comments!