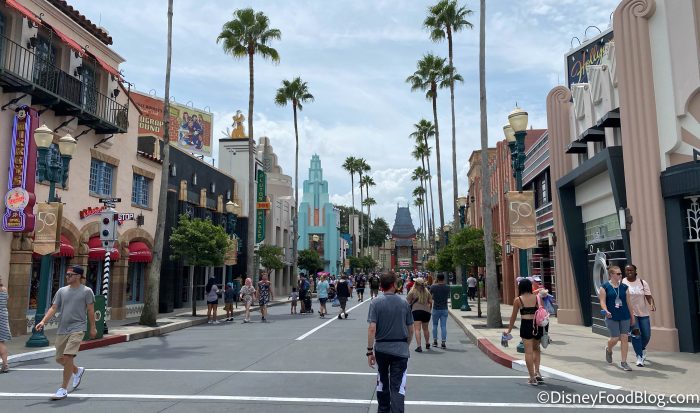 After trying new Halloween treats and then the hustle and bustle of Labor Day, we went back to Hollywood Studios to see what’s new. So let’s dig in!

We spotted a new store makeover happening, a few new merchandise items, and much lower crowds.

At Once Upon a Time, we discovered construction and painting going on outside of the store, and the building is currently covered with a royal blue material. 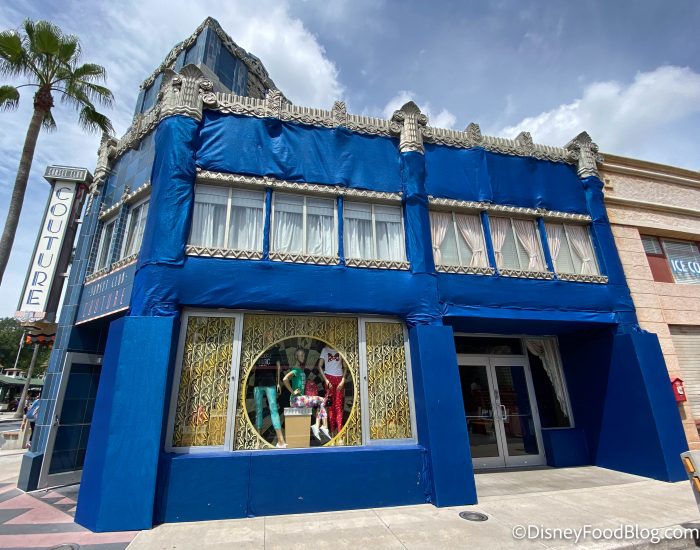 The blue color actually looks kind of nice with the yellow window accents! 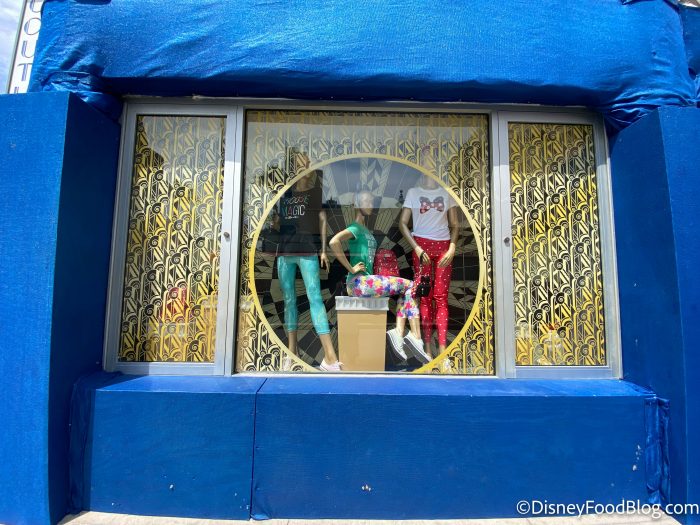 In Keystone Clothiers, we found a new What If…? figure for $49.99. What It…? is a new Marvel series on Disney+, in which different stories are imagined for existing Marvel Characters. The Hydra Stomper is from the “What If….Captain Carter Were the First Avenger?” episode in which Peggy Carter takes the super solder serum. 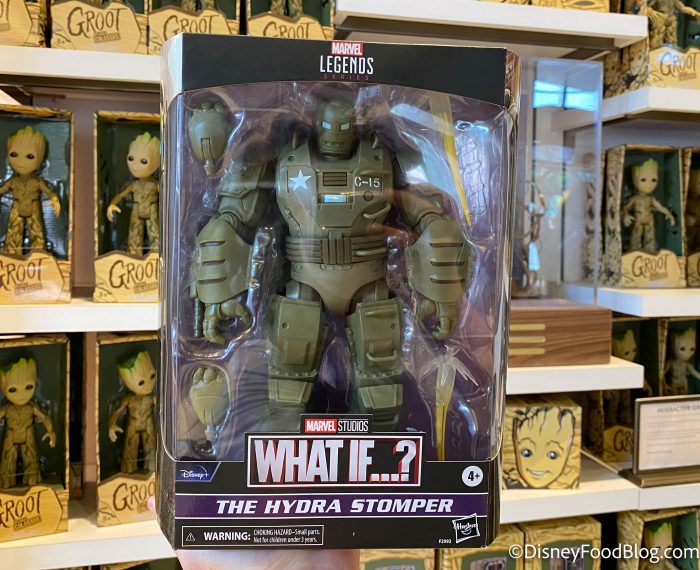 What It? Hydra Stomper

Instead of becoming Captain America, Steve Rogers then wears the Hydra Stomper suit to, well, stomp out the Hydra. This figure costs $49.99. 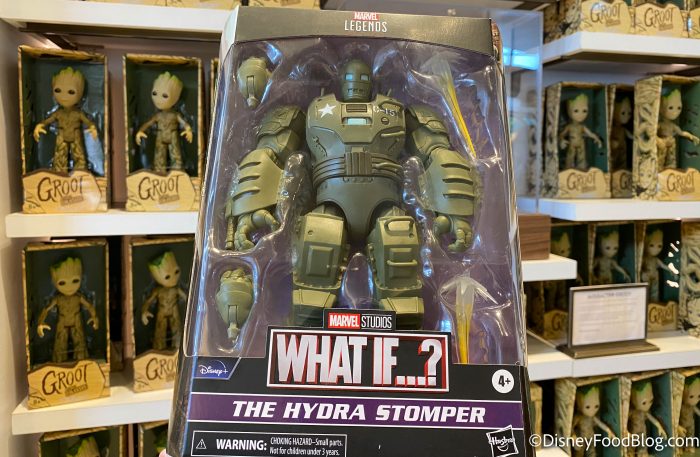 We also found a new blue Nike hat at Once Upon a Time, with a classic embroidered image of Mickey along with “Athletic” and “Mickey Mouse.” 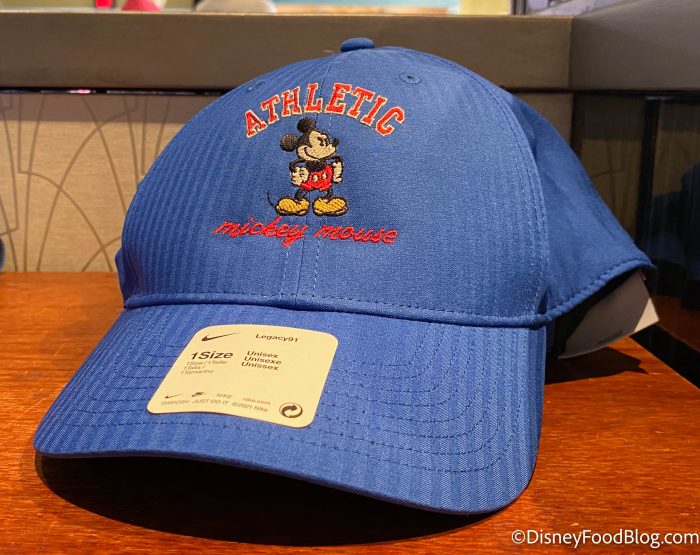 After Labor Day, crowds went down quite a bit. The park was not as empty as we’ve seen recently, but it was a big decrease from the Labor Day weekend crowds. 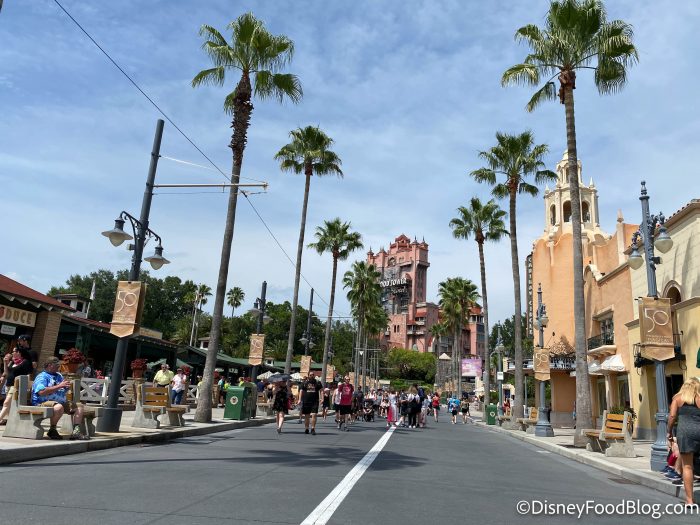 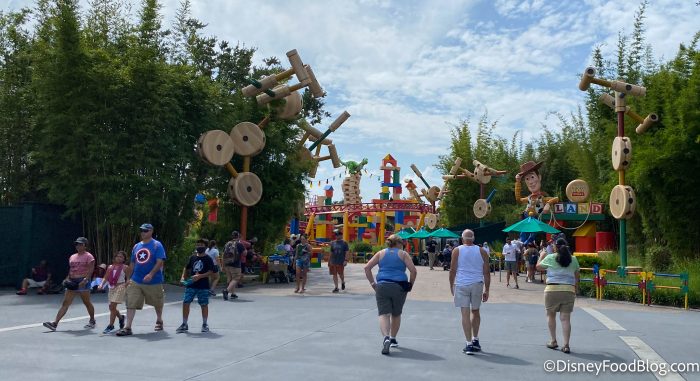 …and Star Wars Galaxy’s Edge was much calmer too. 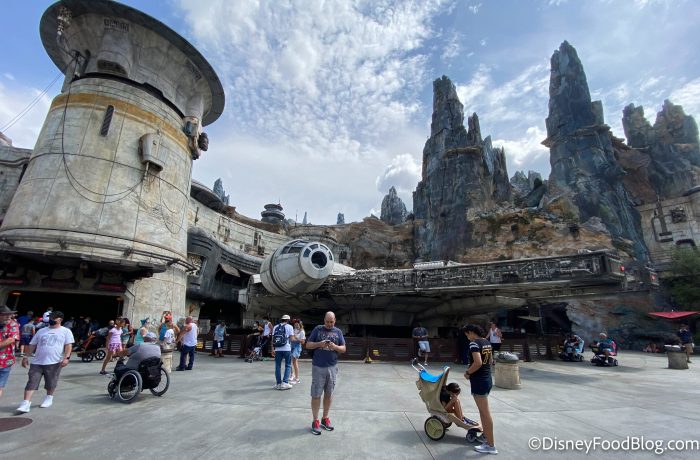 Crowds were able to stay pretty distanced, too. 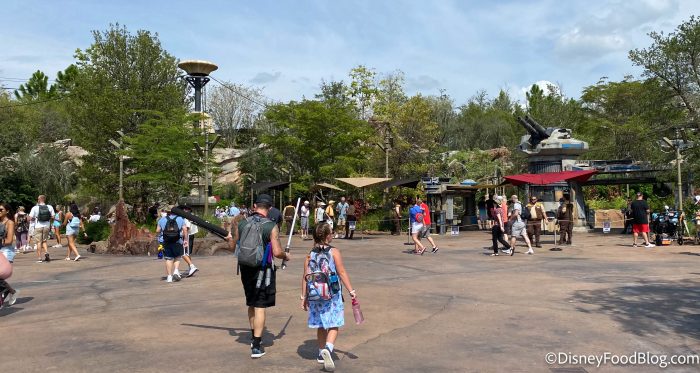 And that’s what was new in Hollywood Studios! Keep reading DFB for more Disney Park updates and news!

For once we suggest running to Pizzerizzo in Hollywood Studios!

Were you at Disney’s Hollywood Studios this week? Tell us in the comments!