Hello on this fine Monday morning. We are not okay. 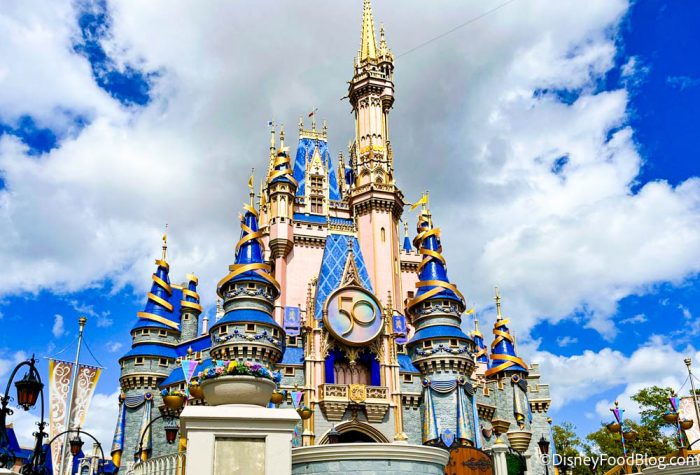 Disney has been releasing a lot of incredible Minnie Ears headbands recently, including Mickey Pretzel Ears, sparkly Tomorrowland Ears, and even Orange Bird Ears. But today, they’ve officially outdone themselves with FOUR brand-new DESIGNER Mickey Ears headbands! Be prepared — these gorgeous ears do NOT come cheap. Check them all out here!

Disney and Coach just teamed up to release a new collection of merchandise in honor of Disney World’s 50th Anniversary. This collection has a LOT Of new items, including a backpack, several purses, a hoodie, and more.

More of the Coach 🐎 collection

But what we were MOST excited about were the four NEW pairs of Mickey ears that came out as part of this collection! Each of the four ears represents a different Disney park, with one for Walt Disney World, one for Disneyland Resort, one for Shanghai Disney Resort, and one for Disneyland Paris.

The Disney Coach 🐎 Collection arrived in the parks!

Each set of Mickey ears is leather with various decals and patches on the ears. The logo for the park they represent is embossed on the back of one of the ears, and the park’s opening year is embroidered on the side of the headband. 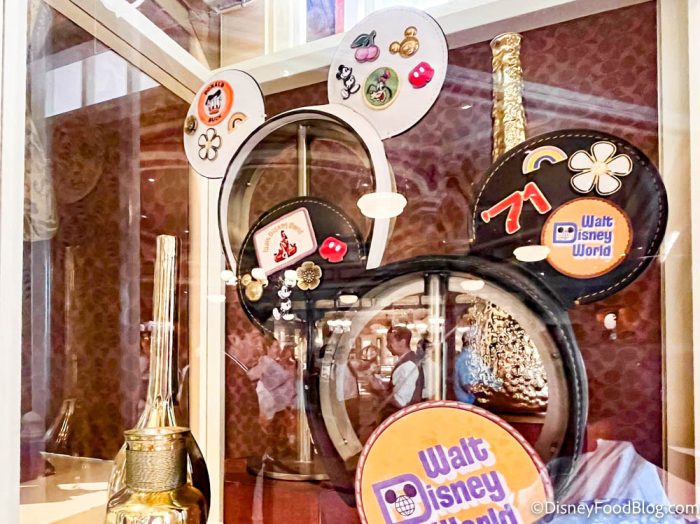 The black Mickey ears represent Disney World, with gold stitching and decals of Mickey, a rainbow, a couple of flowers, and ’71, among other designs. There are also patches with various logos of Walt Disney World on the front. 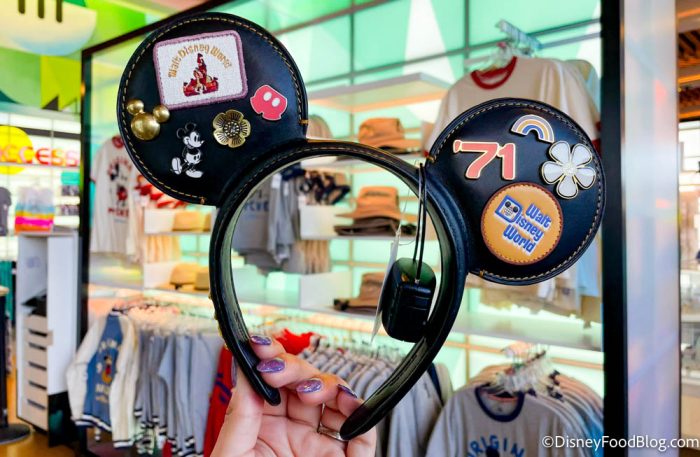 On the back, check out the embossed design of Cinderella Castle! 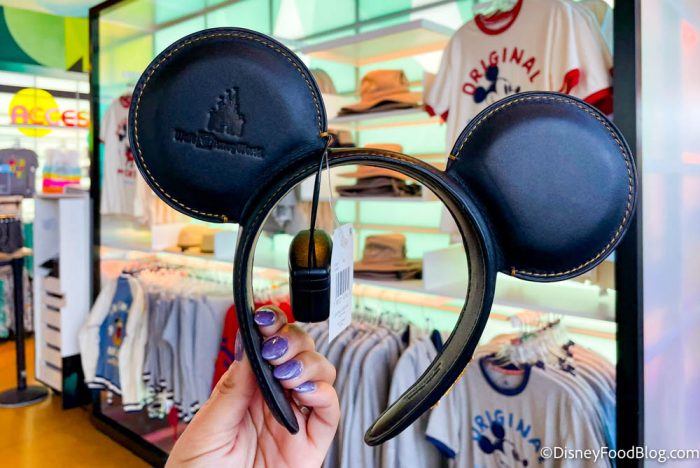 Back of the ears

The side is embroidered with 1971 in gold thread, which is the park’s opening date. 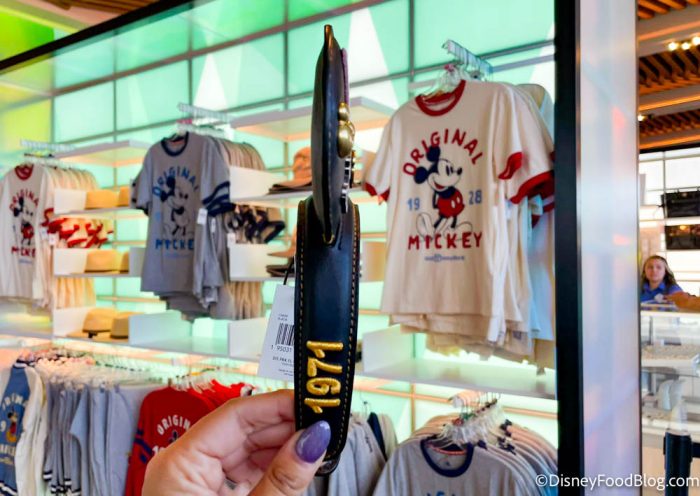 The white Mickey ears are for Disneyland, with decals of flowers, Mickey, and some cherries. There are also patches featuring Goofy and Donald Duck. 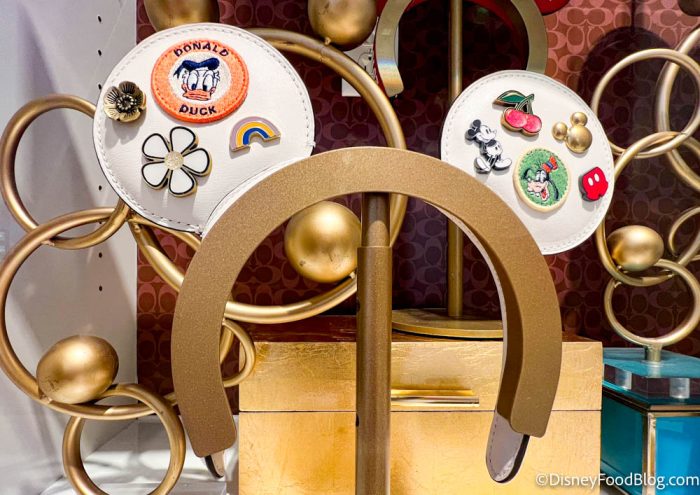 These ears are embroidered with Disneyland’s opening year of 1955 in blue on the side. 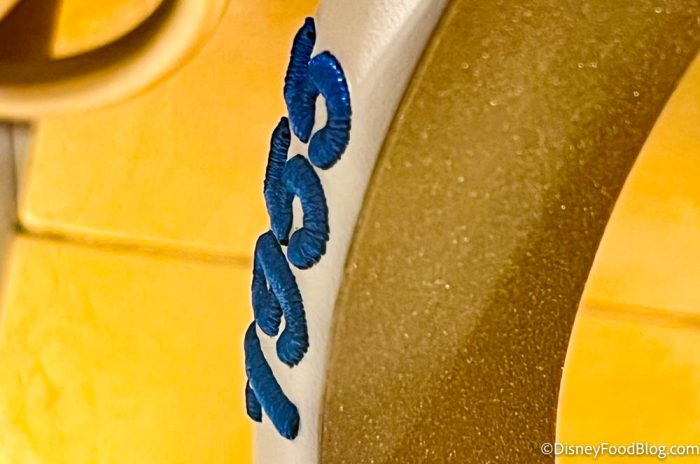 Good news! You don’t have to go to the parks to get these ears. They’re available for pre-order on shopDisney now! They cost $295 online, which is the same price that we saw in the parks.

Shanghai Disney Resort is represented with red Mickey ears, which have some of the same decals as the Disney World and Disneyland ears. These, however, also have a Minnie Mouse bow decal and a patch featuring Minnie as well! 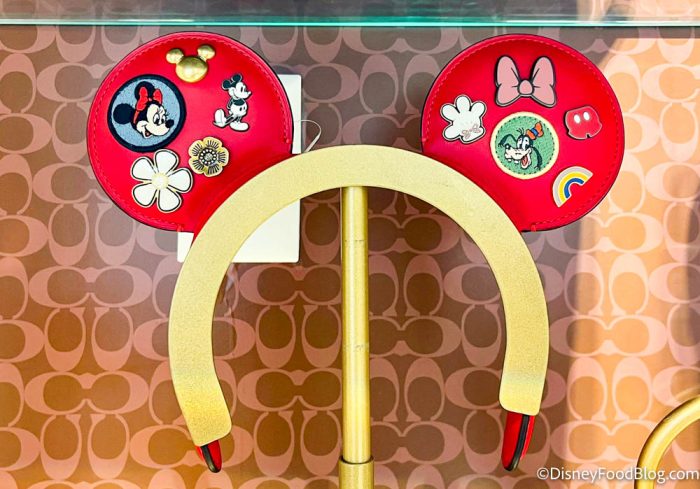 The side is embroidered with the park’s opening year of 2016 in white thread. 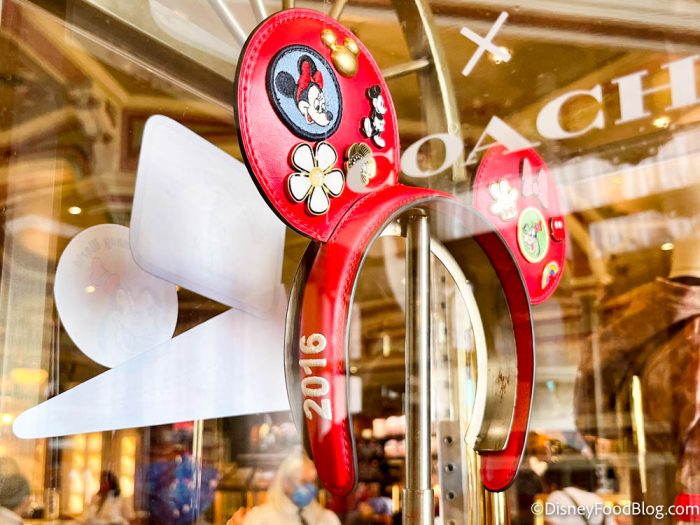 These ears are also available for pre-order on shopDisney now, for $295.

And Disneyland Paris is represented with the yellow Mickey ears. These ones have decals of Mickey’s iconic red shorts and Minnie’s white glove! There are patches for Donald, Minnie, and Goofy. 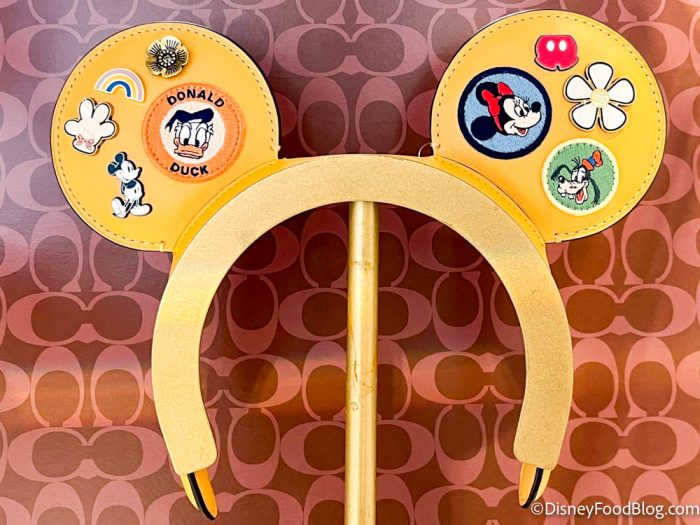 The side is embroidered with the park’s opening year of 1992 in white thread. 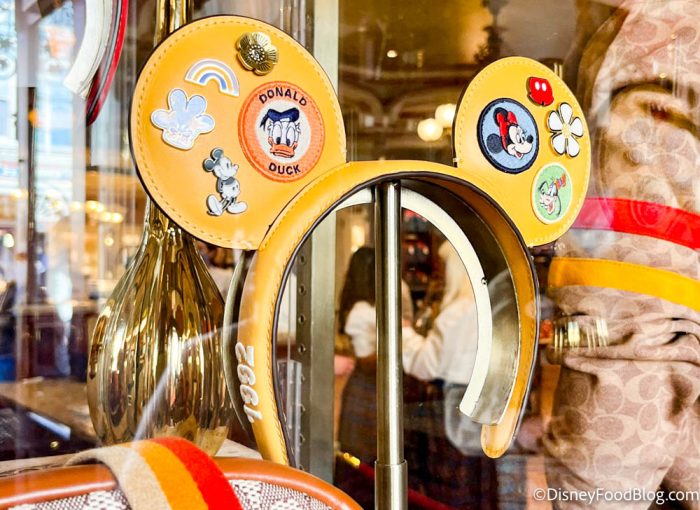 The Disneyland Paris ears are also on shopDisney for pre-order now. They’re $295 online as well!

Each set of ears is $295. We spotted the new collection inside Legends of Hollywood in Disney’s Hollywood Studios, Uptown Jewelers in Magic Kingdom, Discovery Trading in Disney’s Animal Kingdom, and Creations Shop in EPCOT (although, of the four new ears, only the Disney World Mickey ears were available in Creations Shop). 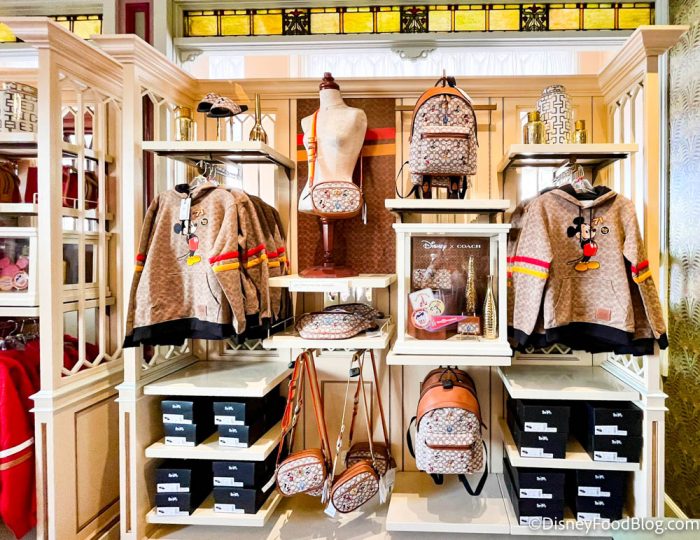 We saw three of the four ears online for pre-order at shopDisney, and we’ll be sure to let you know when we see the last pair appear as well! Keep following DFB for more news about the latest Disney merchandise.

Click here to see more Minnie ears that you can get online now!

Which set of new Mickey ears is your favorite? Let us know in the comments!