If you want to celebrate New Year’s Eve in an epic way, Disney World can be an unforgettable place to ring in the new year! 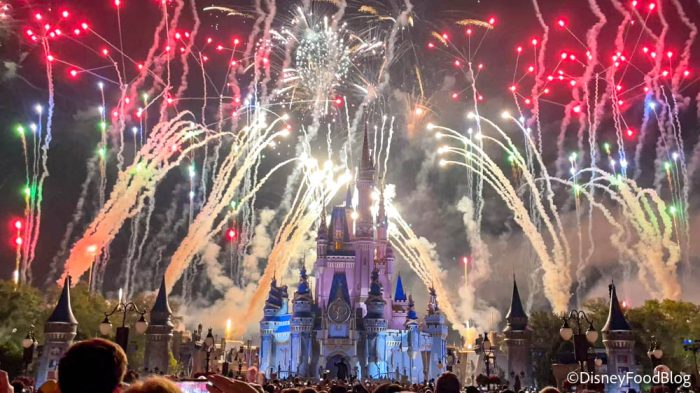 As long as you’re okay with crowds, you can start 2023 off with a bang in Disney World, but the caveat is that Park Pass Reservations fill up FAST. But to help with your plans, Disney just released park hours for the week of New Year’s Eve! 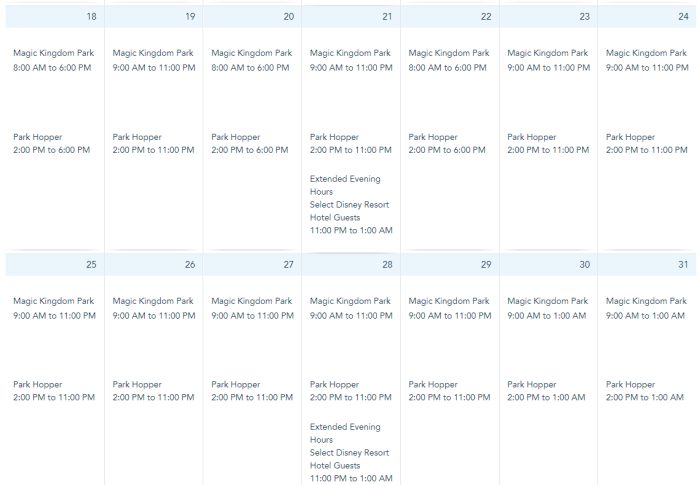 For select Disney World hotel guests, Magic Kingdom will be open for Extended Evening Hours on December 28th from 10PM to 12AM.

Over at Hollywood Studios, the park will be open from 8:30AM to 9PM from December 25th to the 30th.

The only Disney Park that won’t be open until midnight on New Year’s Eve is Animal Kingdom, which will be open from 8AM to 8PM from December 25th to the 31st.

Now let’s discuss one of the most important pieces of visiting Disney World on New Year’s Eve.

You need valid park admission and a park reservation to enter a Disney Park and we STRONGLY recommend getting your Park Pass secured for New Year’s Eve as soon as possible. You can make reservations now — and Magic Kingdom is already sold out on New Year’s Eve for both theme park ticket holders and Disney World hotel guests. 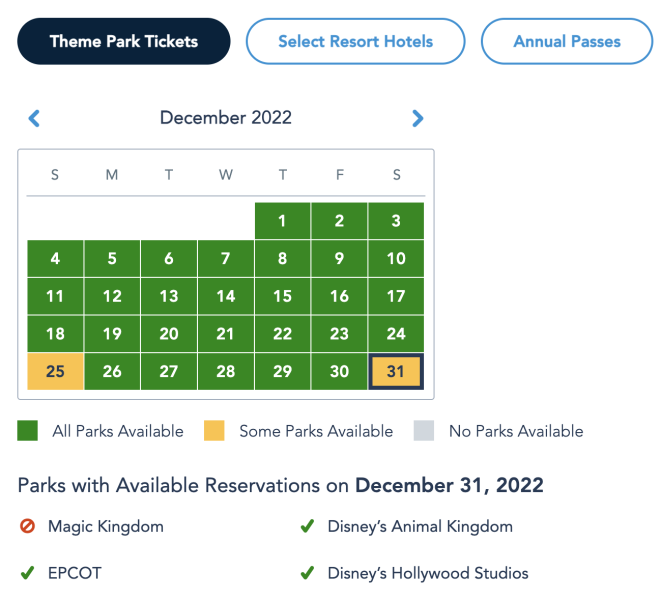 The only Annual Pass with valid admission on December 31st is the Incredi Pass, which appears to have open availability on New Year’s Eve at this time. We will keep you updated if any of these options change. 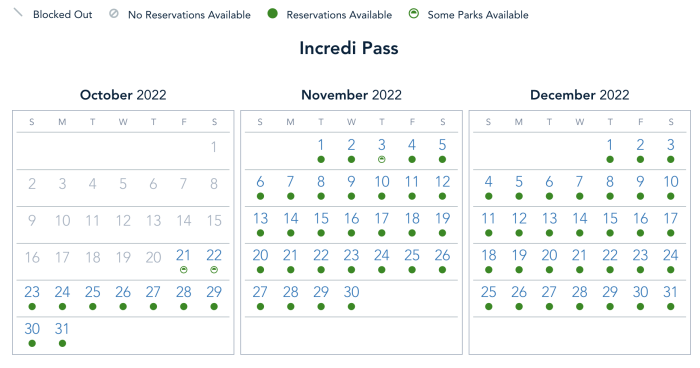 Disney does allow Park Hopping after 2PM (as long as you scan into your park reservation first) but New Year’s Eve is one of those days that could potentially hit capacity, which means you may not be able to Park Hop into Magic Kingdom. You can call 407-560-5000 to find out before you Park Hop on New Year’s Eve, but you can also ring in 2023 at midnight in EPCOT or Hollywood Studios! 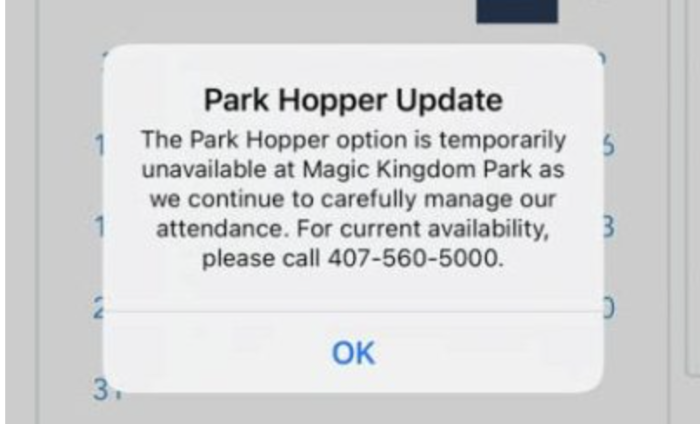 We’ll be keeping you updated on Disney New Year’s Eve news. Keep following DFB for all your Disney World updates!

Are you planning on visiting Disney World this New Year’s Eve? Tell us in the comments!

« The Ultimate Guide to Tipping at Disney World
SHOWTIMES Announced for Fantasmic! Return in Disney World »