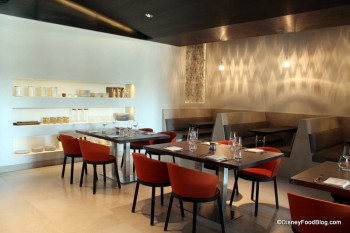 But even in this sleek setting, Disney characters occasionally get in on the fun in the mornings at the “Good Morning Breakfast with Goofy and His Pals” buffet breakfast on Thursday and Saturday mornings, as well as select Tuesdays. When Goofy isn’t visiting for breakfast, the menu features a la carte selections in addition to the buffet.

Interested guests may book the Good Morning Breakfast with Goofy and His Pals by calling (407) 313-7777.