McDonald’s is certainly a breakfast staple. We know that we can roll through that drive-thru on a busy morning, and in a matter of minutes, have a hot breakfast sandwich and some hash browns in our hungry hands. 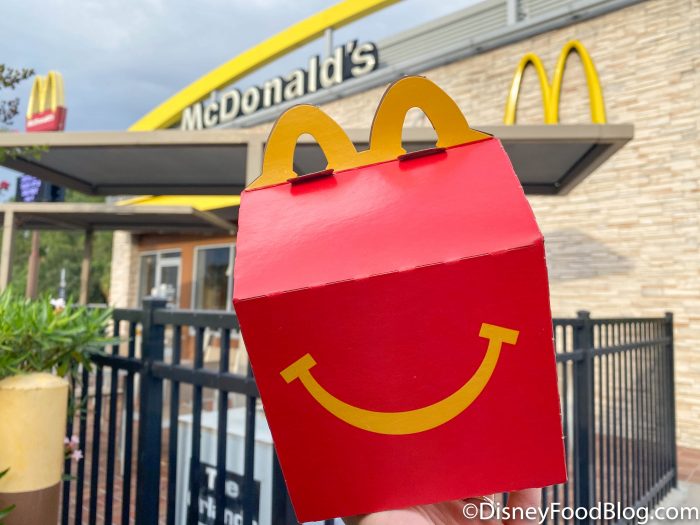 But sometimes, we want something sweet in the morning, right? That’s why items like our beloved Mickey Waffles exist! And now McDonald’s is satisfying our sweet tooth with a throwback item.

END_OF_DOCUMENT_TOKEN_TO_BE_REPLACED

The 2018 Epcot Food and Wine Festival starts SOON and we’re SO excited!

As part of our countdown we’re making a list of all the food and beverages that we MUST eat and drink at this year’s Festival and we’re adding items from today’s featured booths: the Festival Center Wine Shop, Shimmering Sips Mimosa Bar, and Taste Track (which is usually a seasonal kiosk but is joining the Festival this year)! These three booths are the NEW booths for this year’s Festival and we can’t wait to visit them!

I don’t know about you, but I’ve been on the hunt for a good Cheese Danish.

And why is that? Well, because one of my favorite treats — the Biggest Cheese Danish You Ever Did See — may soon be losing its home, and I don’t know what’s going to become of it. You see, it’s located at one place, and one place only… the Writer’s Stop in Disney’s Hollywood Studios. Trouble is, that location is closing to make way for construction of the new lands coming to the Studios: Toy Story and Star Wars. (While the spot may have a brief respite, we can’t believe it’s long for this “World” in its current state.)

While the other signature snack at Writer’s Stop — the Carrot Cake Cookie — is (and hopefully will remain) available at Sweet Spells, I know of no other home for the monster-sized Cheese (not to mention Apple and Cherry) Danish you can find there.

So, yeah… I’m on a hunt. And it’s led me to another park entirely: Magic Kingdom.

Welcome back to the Cheshire Cafe in Fantasyland.

You remember Cheshire Cafe, right? It was a pretty low-key locale until the arrival of Gourmet Cake Cups — a heavenly cupcake-meets-parfait-meets-mountain-of-frosting that — for reasons we’ll never understand — is no longer served here. END_OF_DOCUMENT_TOKEN_TO_BE_REPLACED

If you’ve picked Disney’s Hollywood Studios as your first stop of the day, with plans to swing by your Resort’s Grab-and-Go to pick up a Cheese Danish before making your way to the park… may I offer a word of advice?

It’s not that it’s a bad choice, per se. There’s not a thing wrong with the standard cheese danish available across resort food courts. It’s fine. But it’s nothing compared to the Cheese Danish waiting for you at the Writer’s Stop.

We’re big fans of Writer’s Stop around here for a couple of reasons. Reason One: it offers a nice respite thanks to its out-of-the-way location in the Streets of America and low key coffee shop/bookstore vibe. It blends in so seamlessly in this area filled with TV and movie set false fronts that a lot of people don’t even realize it’s an operating snack stop. The casual bookstore-and-coffee-shop vibe inside invites you to meander and browse for a while. Reason Two (ok, maybe this should be Reason One 😉 ): it’s home to the famous Carrot Cake Cookie! We love this legendary snack so much that we’ve yet to sing the praises of the danish pastries available in this stop, because it’s so hard to resist the Call of the Cookie.

But since there really is no better way to start a day than with an enormous pile of cream cheese doused in icing, today is the day that the danish gets its due. I’m obviously focusing on the Cheese Danish, but you can often find END_OF_DOCUMENT_TOKEN_TO_BE_REPLACED