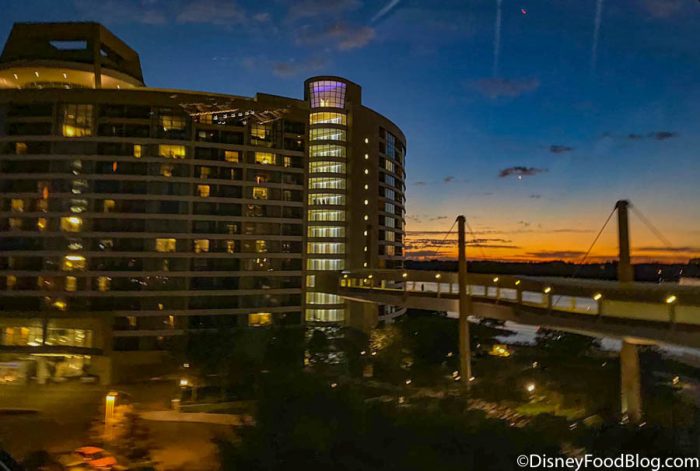 We’ve had a blast checking out the specialty merchandise, new details, fun snacks, and more! You might have seen our reviews of Steakhouse 71, but that’s not the only new table service offering at Disney’s Contemporary Resort. California Grill has also gotten a bit of a revamp!

END_OF_DOCUMENT_TOKEN_TO_BE_REPLACED

Chefs de France is located, of course, in none other than Epcot’s France Pavilion. If you’ve been reading the DFB for any length of time you already know that France is a must-visit Pavilion when it comes to dining options in the World Showcase, what with Counter Service and snack showstoppers like Les Halles Boulangerie Patisserie and L’Artisan des Glaces, as well as signature drinks like the Grand Marnier Orange Slush.

But the longtime favorite we’re visiting today is one of the Pavilion’s two Table Service restaurants (the other being Monsieur Paul, the signature dining option). And “longtime” is definitely the operative word, as Chefs de France has been welcoming guests since the park’s opening.

But that doesn’t mean things have stayed exactly the same over the years. In fact, our recent visit was due to some changes at Chefs de France that we wanted to check out for ourselves. The change includes a new menu, and we made a midday Advance Dining Reservation to scope out the situation. END_OF_DOCUMENT_TOKEN_TO_BE_REPLACED For our next course, my husband had the fruit salad and I had the yogurt parfait. Both came with adorable END_OF_DOCUMENT_TOKEN_TO_BE_REPLACED