We’ve been noshing our way around Disney World’s holiday snacks and treats and we just can’t get enough! 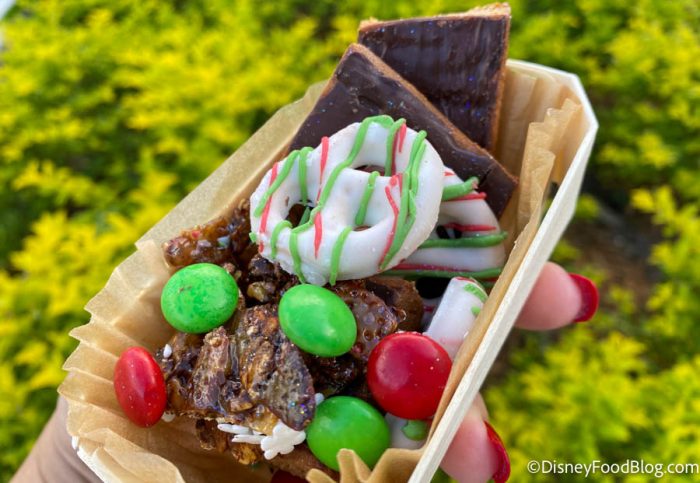 From Chocolate Peppermint Bark to Reindeer Food to a Spiced Cookie shaped like a moose, we’ve tried it! But we’re not done yet — so we just headed over to Amorette’s Patisserie in Disney Springs to try a NEW holiday treat!

END_OF_DOCUMENT_TOKEN_TO_BE_REPLACED

is the quick service spot at Disneyland’s Grand Californian Hotel & Spa. It’s designed to reflect the spirit and style of camping, and after a brief refurbishment that began in September, we’re happy to report that White Water Snacks has reopened! Here’s a look at the refreshed space and the grub we can’t wait to try! Our Disneyland correspondent Heather (follow her adventures @DiningInDisney) took a stroll through White Water Snacks to grab a treat from the Get Your Ears On celebration (we’ll take a second look at that in a bit!). END_OF_DOCUMENT_TOKEN_TO_BE_REPLACED

Many Disney fans have a special place in their hearts for their favorite parades and fireworks shows. And for a whole bunch of us, the Main Street Electrical Parade pulls at our heartstrings big time. And now that it’s back at Disneyland — welcomed by a TON of amazing MSEP themed treats? We HAD to get there!! The glittering spectacle features innumerable lights, fan-favorite characters, and catchy, fun music. Beloved since its first appearance at Disneyland Resort way back in 1972 and its subsequent appearance in Disney World in 1977, the Main Street Electrical Parade is pretty universally adored.