One reason to really love Halloween season is all the great Haunted Mansion merchandise that turns up this time of year!

Haunted Mansion isn’t seasonal, though — it’s to be celebrated the whole year round! And we’ll be sipping from our Madame Leota sipper and wearing our Haunted Mansion shirts well into next summer and fall!

END_OF_DOCUMENT_TOKEN_TO_BE_REPLACED

Last week, we showed you how you could be the afterlife of the party with the new Haunted Mansion “Bust a Move” shirt! 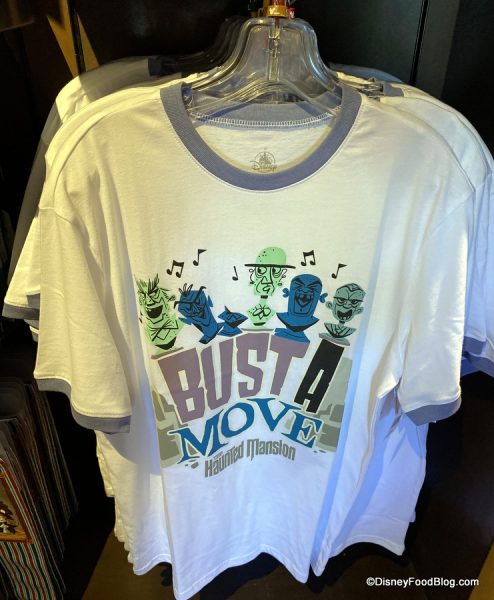 But now you can bust out a whole matching outfit with the new Haunted Mansion Singing Busts MagicBand we’re about to show you!

END_OF_DOCUMENT_TOKEN_TO_BE_REPLACED