Here at DFB, we’re not ones to shy away from a challenge when we see one! Especially when it’s a sweet one! 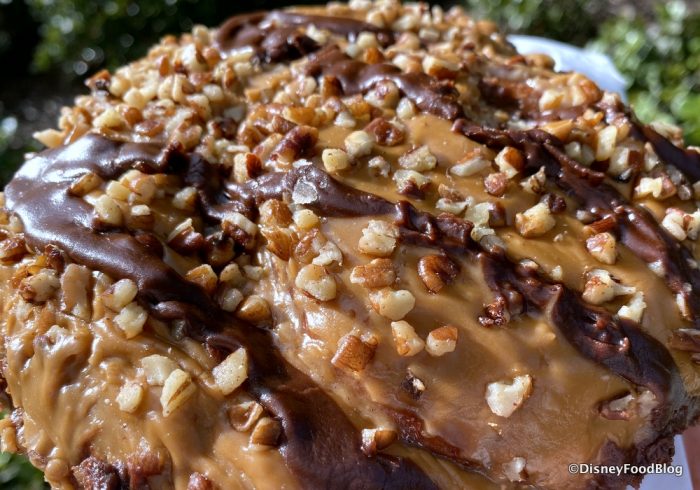 So when we laid eyes on this BIG-AS-YOUR-HEAD cinnamon roll at Disney World today, it was GAME ON! 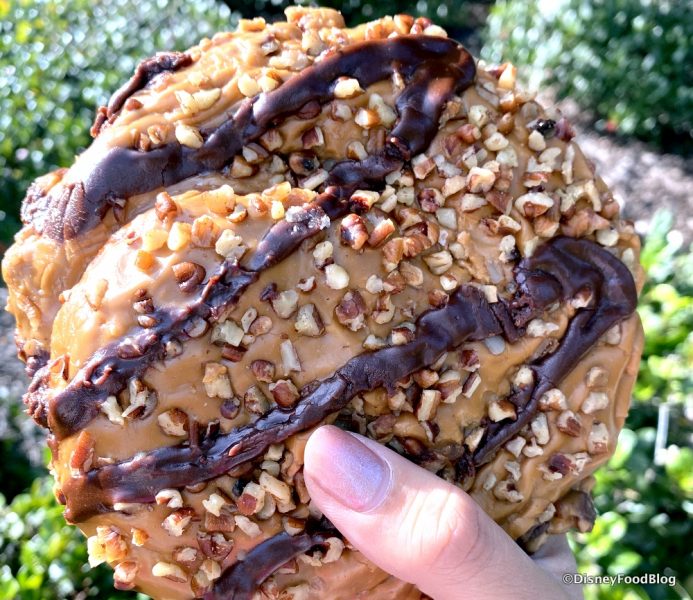 Get the recipe and instructions for making the Main Street Bakery’s famous cinnamon rolls at home HERE!

This ONE is truly one for the ages, folks! In lieu of icing, the new-to-us Turtle Cinnamon Roll is glazed with creamy caramel, drizzled with milk chocolate, and sprinkled with pecans! It’s so ridiculous, we have our suspicions that an evil genius must’ve created it. 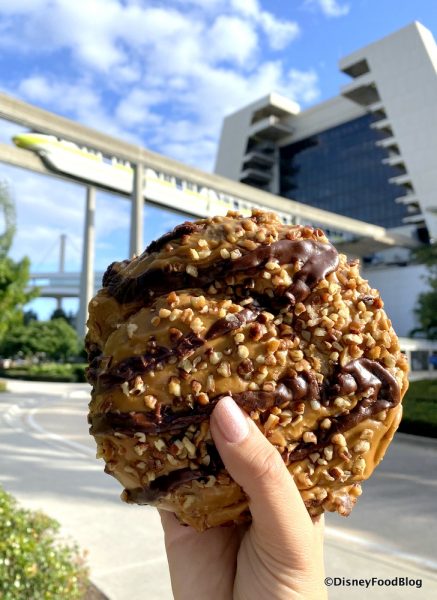 Biting into it, you can’t really taste the cinnamon, but you can definitely see the flecks of it on the outer edges! The Turtle Cinnamon Roll is VERY caramelly, and every now and again the chocolate comes through, but it mostly tastes like caramel! The pecans add an awesome crunchy texture to the cinnamon roll which is soft and doughy. And did we mention it’s MASSIVE? A family could survive on it alone for a week probably? Alright, just kidding…but seriously, for $4.99, this treat is HUGE!!! 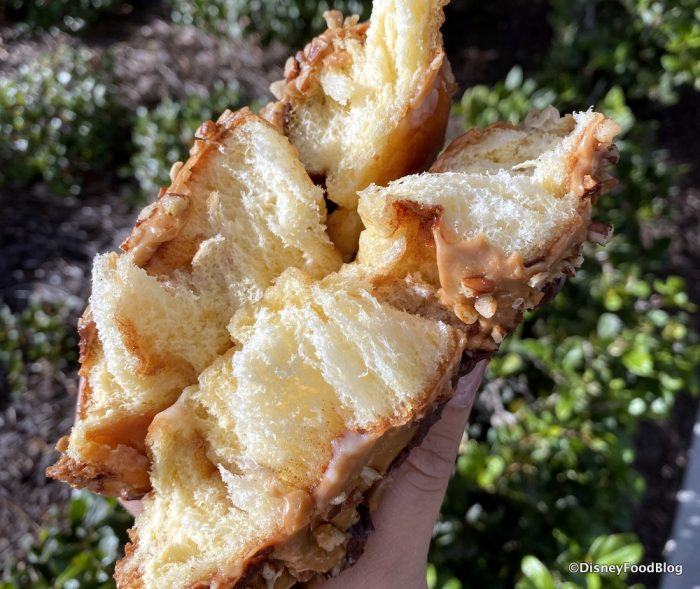 We found the Turtle Cinnamon Roll at the Joffrey’s inside Disney’s Contemporary Resort.

If you wanna challenge yourself to one, make sure you swing by in the afternoon as they don’t always have the Turtle Cinnamon Roll in the mornings! You got this! And if you don’t see it there, it may pop up in other Joffrey’s bakery cases across property!

Do you think you’ve got what it takes to take on the Turtle Cinnamon Roll at Disney’s Contemporary Resort? Let us know if you’re excited about trying this treat in the comments below!

« Pucker Up! Sour Cherry Beignets are BACK in Disneyland!
Snack Alert! The Lemon-Blueberry Lunch Box Tart is BACK in Disney World! »