Galaxy’s Edge is open on both coasts, and we cannot get enough of Rise of the Resistance and Smugglers Run!

While the park attractions are incredible, we’ve got a way you can go to a galaxy far, far away in your own backyard (and we’re basically about ready to move in).

Magic Jump has created a bouncy castle named the Star Wars Millennium Falcon Experience (and, boy, is it an adventure). 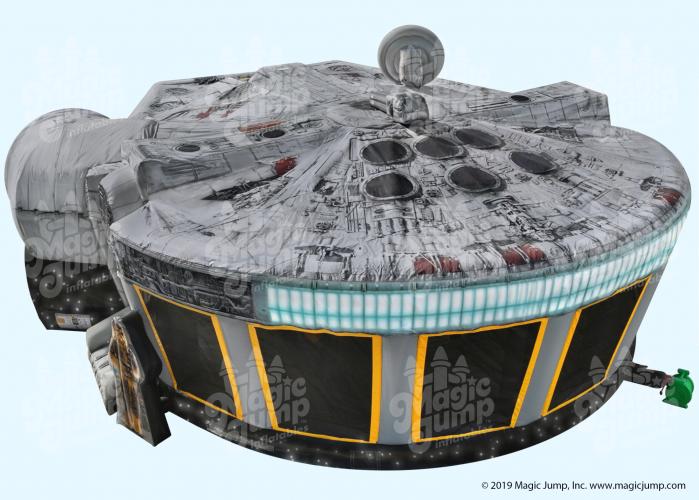 But, this isn’t your typical bouncy castle — you practically can go on a journey through the ship that made the Kessel Run in less than twelve parsecs. While the outside is made of actual graphics of the Millennium Falcon from the Star Wars franchise… 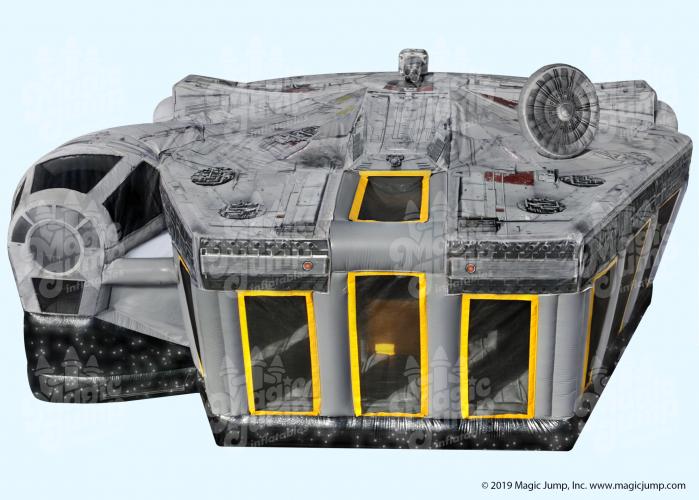 …the interior is a wonderland of the greatest hunk of junk in the galaxy (along with some of our favorite characters)! Magic Jump says that “Passengers will encounter a Chewbacca inflatable as they enter and an R2D2 inflatable replica and C-3PO graphic as they jump their way around the ship.” Plus, you’ll even get to pilot the Millennium Falcon (sorry, Smugglers Run) before popping down a small slide to play a game of Dejarik with your crew members! 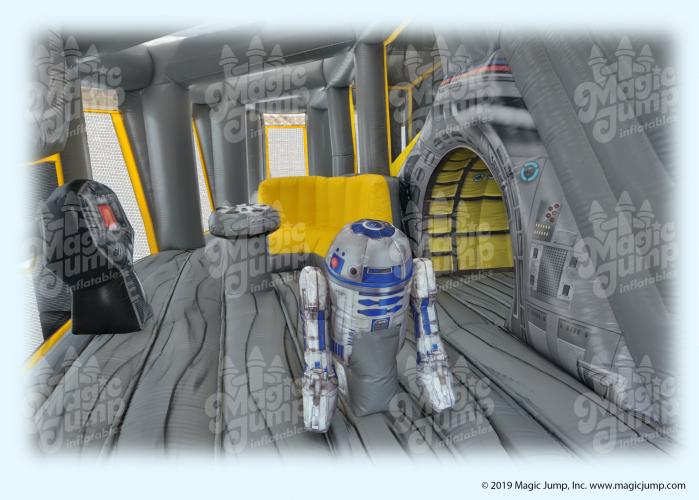 To add a li’l extra thrill to your trip through hyperspace, you can tackle inflatable pop-up obstacles like a bunk, holo-map (featuring a holographic image of the Death Star), and a storage container in the main cabin. And, you can defend yourself against the Empire or the First Order by manning the laser cannon turret or stepping to the climber/slide in the middle of the ship. Make sure to look up, Rebels, ’cause the ceiling hatch also has graphic of an epic battle between TIE fighters and a Star Destroyer! 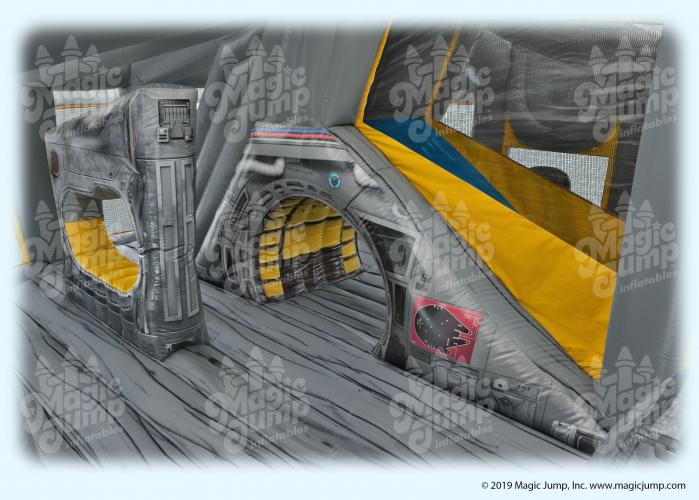 Sounds awesome, right?? Well, the Star Wars Millennium Falcon Experience is available for a cool $9,495 (!!!). So, unless you’ve made bank as a Bounty Hunter, you might be stuck daydreaming about the bouncy space ship instead of actually buying it. You can check out a sneak peek of the Star Wars Millennium Falcon Experience on Insta and purchase it with some of your hard-earned credits online on top of all the other themed bounce houses from Magic Jump!

Do you want to add the Star Wars Millennium Falcon Experience to your backyard? Let us know in the comments below!

« NEWS! Guest Experience Team Members Now at Your Service in Epcot!
FINALLY! The Best Phone Case EVER (imho) Is On Its Way To Disney Parks! »