Ah, Disney World — the Most Magical Place on Earth and, potentially, also the place with the most construction barriers on Earth! Okay, okay, maybe we’re exaggerating; but there is a LOT of construction in Disney World right now. Just think about all of the different refurbishments we’re seeing around the parks! 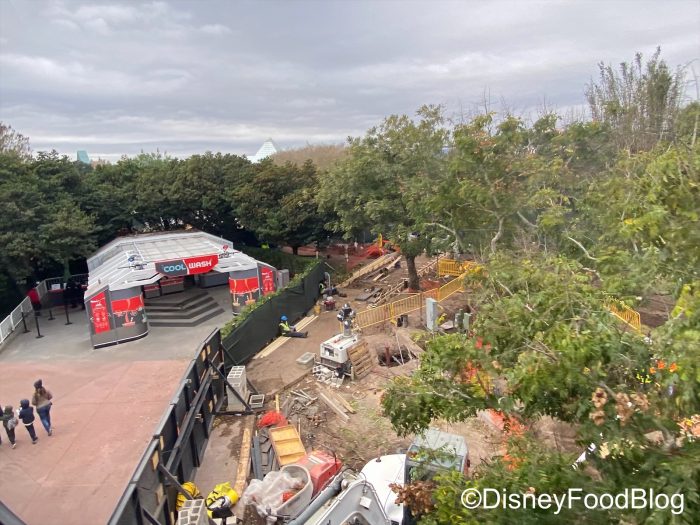 Well, we like to be on top of the closures and construction and upcoming stuff so that YOU guys know how to plan around all of it. And that means keeping an eye on the building permits and patents that Disney World files.

Sometimes we see permits for work that’s visible in the parks, like for the upcoming Regal Eagle Smokehouse in Epcot or for the maintenance on Splash Mountain in Magic Kingdom. However, a lot of the permits and patents we see are for work that isn’t visible to the public…yet! So, here are a few secret, backstage updates that you CAN’T see in Disney World!

While the permits are often vague, the information can be pretty telling as to what’s going on behind the scenes. 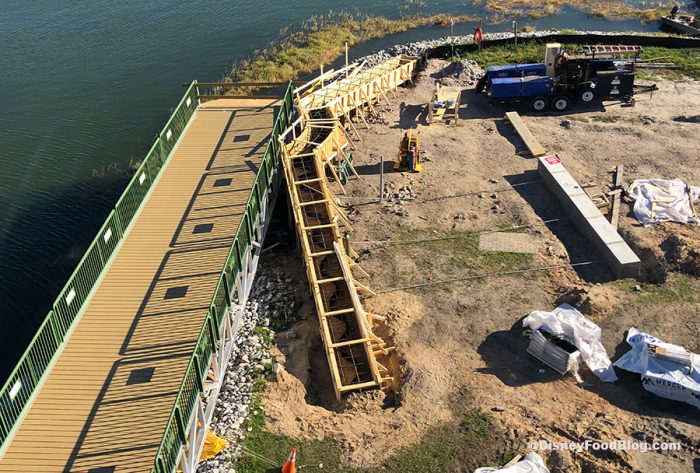 On January 17th, we spotted TWO permits filed for work over at the address for Mickey Shorts Theater in Hollywood Studios. The first of the permits was for “show-set elements added to [an] existing structure.” With the opening of Mickey Shorts Theater coming up on March 4th, it makes sense that they’re closing in on some of the creative elements of the building. 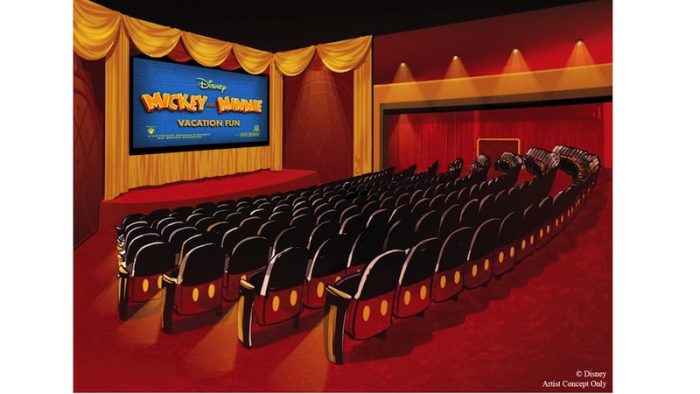 Speaking of creative elements, the other permit for Mickey Shorts Theater indicated the installation of graphics from a signage company. So, new signage is going up around the theater, behind the scenes. We can’t wait to see it!

There is nearly always construction going on at Disney World’s Resort hotels, so we pulled out a few of the most interesting projects to talk about. First, there’s a whole new building going up at Fort Wilderness Campground! The permit is for a “Back of House” building at Fort Wilderness so it’s likely administrative! 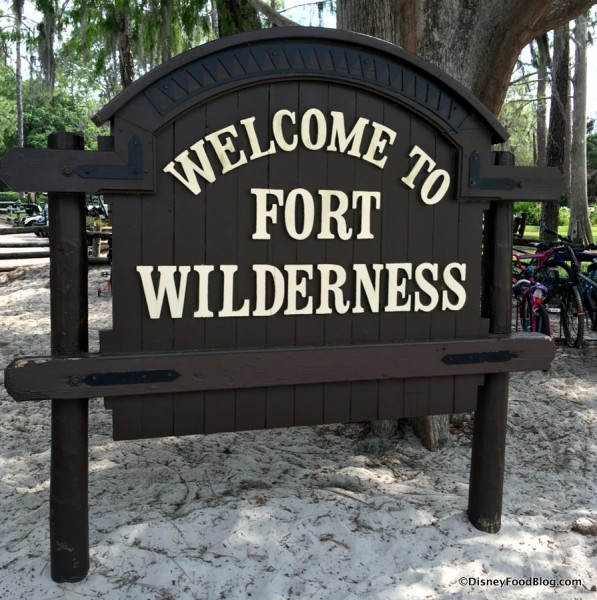 And we’re finishing up our round-up of permits in Disney Springs! We found a permit for Le Cirque du Soleil where Disney World has contracted a service to install new graphics for the upcoming show! We can’t wait for the opening of Drawn to Life that’s coming in March. With such a close opening date, we can’t help but think that these graphics are finishing touches! 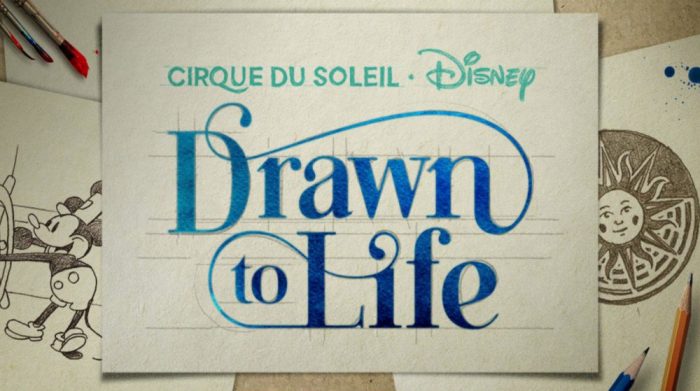 Sure, Notices of Commencement give us all of the info on current construction projects at Disney World, but we also like to keep an eye on invention patents to see if we can spot any FUTURE projects. As a company on the cutting edge of tech, Disney tends to come up with a lot of inventions (many of them related to the film industry), however, we occasionally spot a patent that could apply to the parks!

First off, we spotted a patent for Image Customization Using a Persona. Essentially, this device would allow the creation of a customized photo experience using augmented reality. A user could select a persona like “cowboy” or “ninja” (or even “Rey” or “Indiana Jones!”) and then pose for a picture. The AR would then apply a costume to the person, whatever pose they’ve chosen. Here’s a figure that sort-of explains the process, but if you’re still confused, don’t worry! 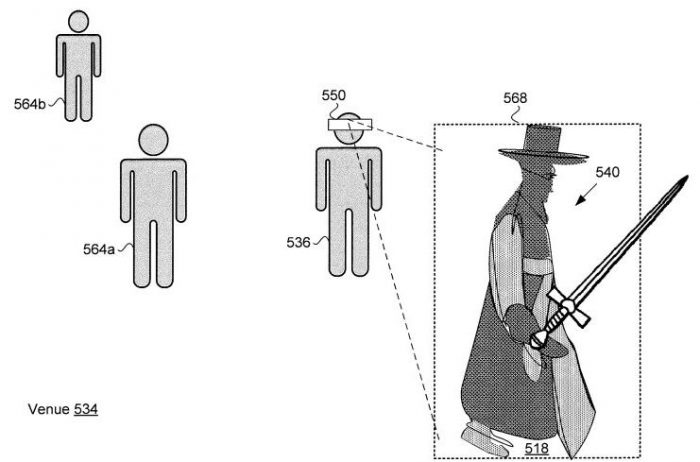 The good news is a prototype of this invention already exists! Check out the below image for how a person in an AR costume would appear. Remember, the costume is fit to the pose, he hasn’t posed within the costume! It’s pretty neat stuff. 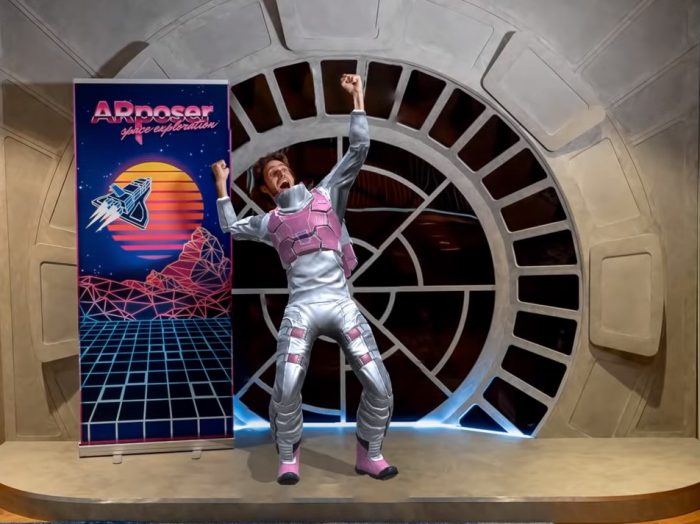 As for how this patent could be used in the parks? We could totally see a guest-facing experience where you could wear the costume of your favorite character for a souvenir photo. Of course, we’re just guessing as this invention could just as easily be used in film, but it would be really cool to see something like this in the parks! In Epcot’s upcoming Play Pavilion perhaps? We’ll have to wait and see!

Pepper’s Ghost in a Vehicle

Another interesting patent we’ve found recently is for Auto-Stereo Imaging for Viewing in a Vehicle. That’s a pretty tech-heavy way of saying “Portable Pepper’s Ghost.”

“Pepper’s Ghost” is a practical effect using mirrors and light that Disney uses a lot to make it look like there’s a holographic or ghostly figure in the room. You’ve seen a pretty big example in the ballroom scene of Haunted Mansion. All those dancing spirits? They’re Pepper’s Ghost!

This new invention would allow a Pepper’s Ghost effect to move along with a ride vehicle creating the opportunity for some pretty cool effects. The patent includes a few examples. In the below image, you can see a Pepper’s ghost projection of a fun fact above a real elephant. 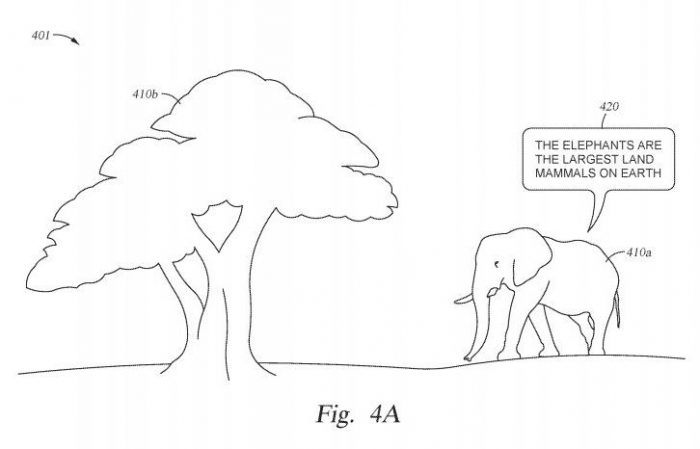 Potentially, as you rode along a ride, Pepper’s Ghost could make all kinds of images appear in front of the real scene that your ride vehicle is passing. The patent even includes the opportunity for gesture controls! So, a user could scroll through fun facts or aspects of the Pepper’s Ghost projection just by moving their hands. We’d love to see this used on an attraction in the park and can’t wait to see the ways that Disney applies this technology. 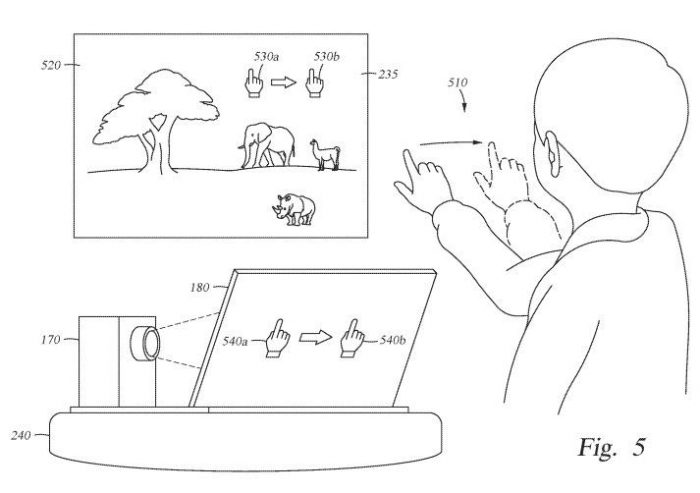 Fun fact! One of the inventors behind the Pepper’s Ghost patent also worked to help make Lenovo’s AR Experience “Jedi Challenges” a reality. This AR gaming headset came out in 2017 and allows a player to engage in lightsaber battles with 3D Star Wars characters like Kylo-Ren or Darth Vadar. Because of limited replay value, “Jedi Challenges” is no longer for sale by Lenovo but you can find it from various third-party sellers online still! 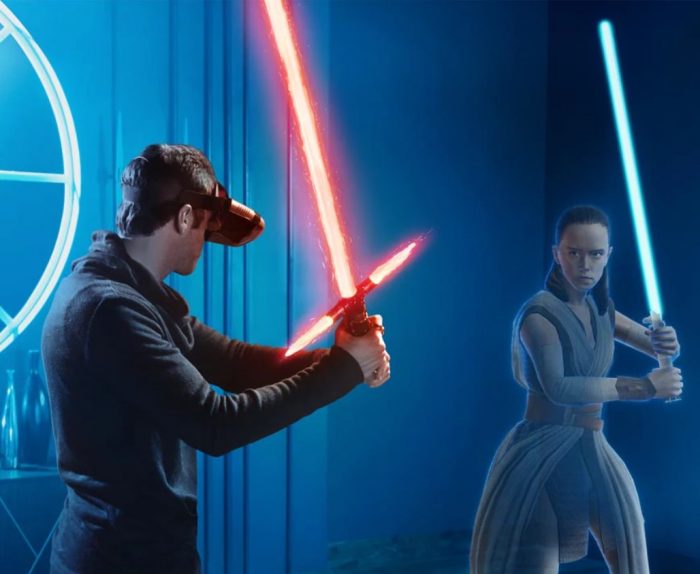 The reason we bring this up is that the tech used for “Jedi Challenges” looks awfully similar to the concept art for the Lightsaber Experience onboard Star Wars: Galactic Starcruiser, sans the headset. Maybe a similar form of AR or Pepper’s Ghost will be used! Disney is constantly coming up with new innovations, so the Lightsaber Experience could be entirely different from either of these recent technologies — but we can’t wait to find out!

And there you have it! That’s our check-in on some of the more interesting…and sometimes mysterious…permits and patents that Disney has filed recently! As always, we’ll keep an eye on the behind the scenes side of things to see if we can spot any good info to help inform your trip planning. Until next time!

What do you think some of these mystery permits are for? Do you like hearing about some of the behind the scenes construction in Disney World? Let us know in the comments!