It seems Future World isn’t the only thing that’s a little tricky to navigate at Epcot right now!

Beauty and the Beast Sing-Along Theater

But while we’ve been figuring out how to wrap our heads around the maze of construction walls that is Future World right now, we’ve just found out Epcot’s cutting back the hours on some of its shows and experiences!

While previously, Disney World’s website reported the last showing for The American Adventure was slated for 9 PM, starting February 23rd, the final performance will start at 8:15 PM instead! 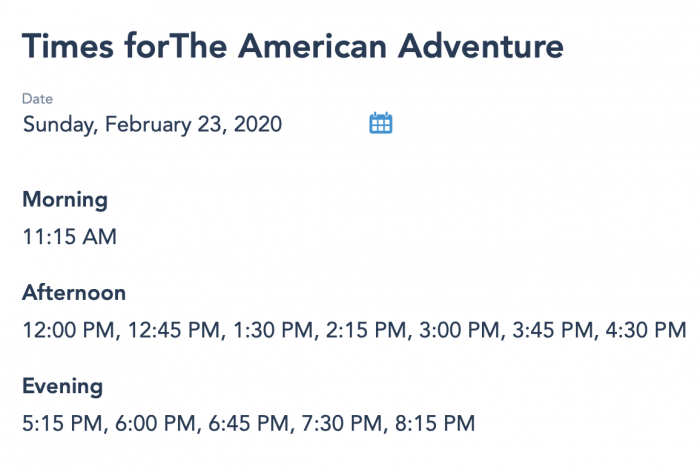 Our friends waaaay up North have also cut back their showtimes for Canada Far and Wide! The last showing will be at 8 PM starting February 23rd! 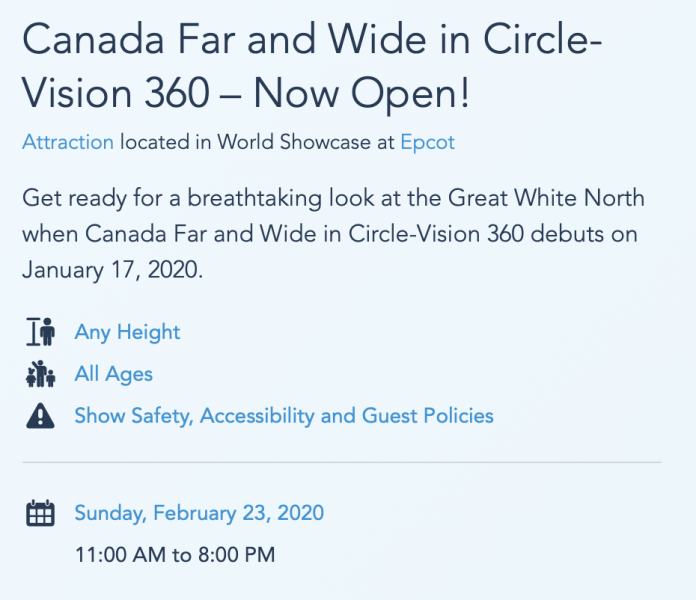 Get the details on the new Canada Far and Wide here!

Also starting February 23rd, the last screening of Awesome Planet will be at 8 PM — that’s an hour earlier than it is currently! 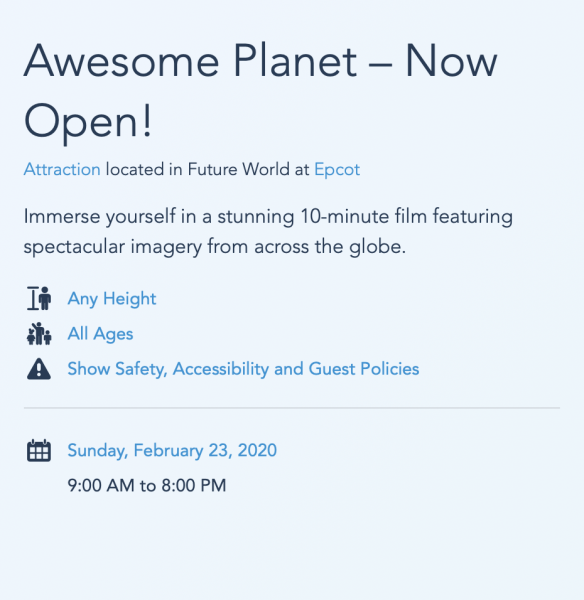 Kidcot Fun Stops, the hands-on learning stations you’ll find throughout Epcot, will now be wrapping up at 8 PM starting on February 23rd as well. 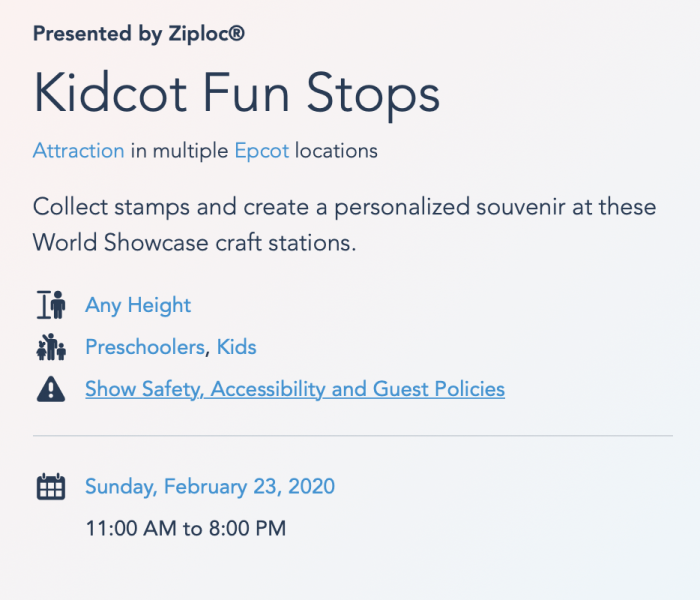 Meanwhile, Reflections of China will also conclude for the evening with its last showing starting at 8:15 PM starting February 23rd! 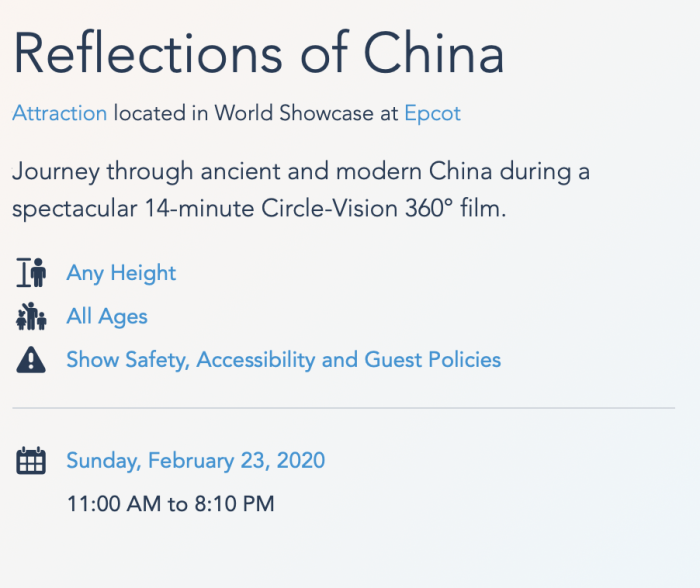 The remastered Impressions de France has an already super-limited run already now that it shares a theater with the Beauty and the Beast Sing-Along, but starting February 23rd, you’ll only have from 6:30 PM to 8:00 PM to enjoy it! 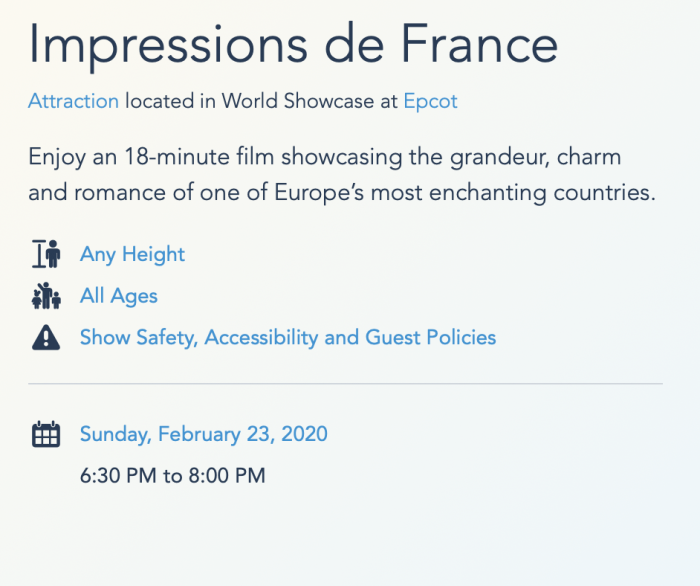 And lastly, the final performance for the new Beauty and the Beast Sing-Along will be 6 PM instead of 7  PM starting February 23rd! 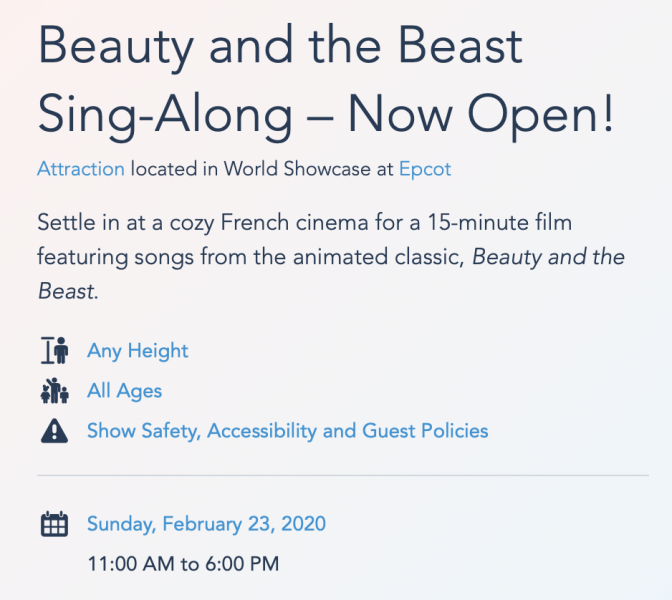 Learn more about the new Beauty and the Beast Sing-Along here!

We can’t be certain how long these changes will be in effect for, but we checked the times on the Walt Disney World website all the way through April for the Beauty and the Beast Sing-Along times and found the final show was scheduled for 6 PM every evening.

We’ll let you know if we see more Epcot attractions following suit, but for now, you might want to think about shifting some of your advance dining reservations around if you were hoping to catch any of these shows in the evening!

Why do you think Epcot has reduced the hours of these attractions? Let us know in the comments below!

« CONFIRMED! We Finally Know How Long Soarin’ Over California Will Be Back at Disneyland Resort!
NEW Disney Princess Half Marathon Exclusive Merchandise! »