While Disneyland is famous for churros and pretzels, it’s also a great place for some fritters! 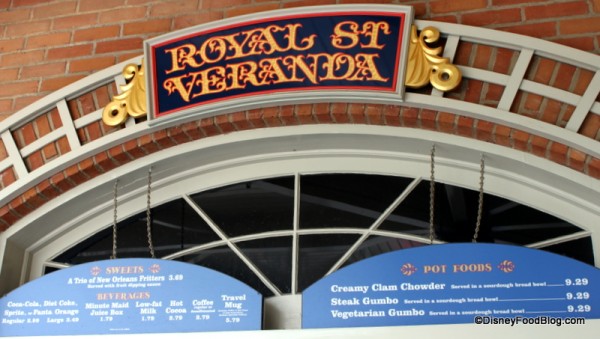 The newest treat in the parks is a sweet take on a classic treat you are going to want to check out (Fruity fritters?? Um, yes pls).

While we’ve previously tried the Cure All Fritters for the Haunted Mansion Anniversary, the Royal Street Veranda is now frying up Berry Cheesecake Fritters! 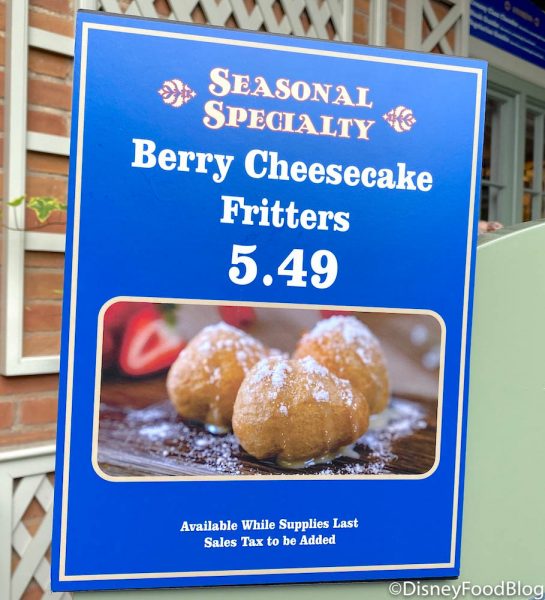 These fritters have a fresh strawberry filling, which is fried and then topped with powdered sugar! And, they even come with a cheesecake frosting dip for a lil extra sweetness. (Plus, you know we couldn’t avoid making a Hidden Mickey!! ;D) 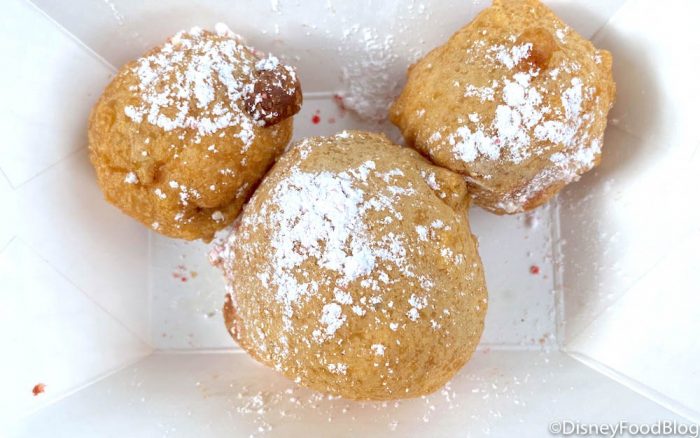 Although fritters usually might have a jelly or jam filling, the Berry Cheesecake Fritters come with freshly sliced strawberries. Buuut since the fruit is warmed, they have a strange texture that we didn’t love too much. While the outside is crispy, the fruit on the inside is quite mushy (so we would have liked the jelly better instead, tbh). 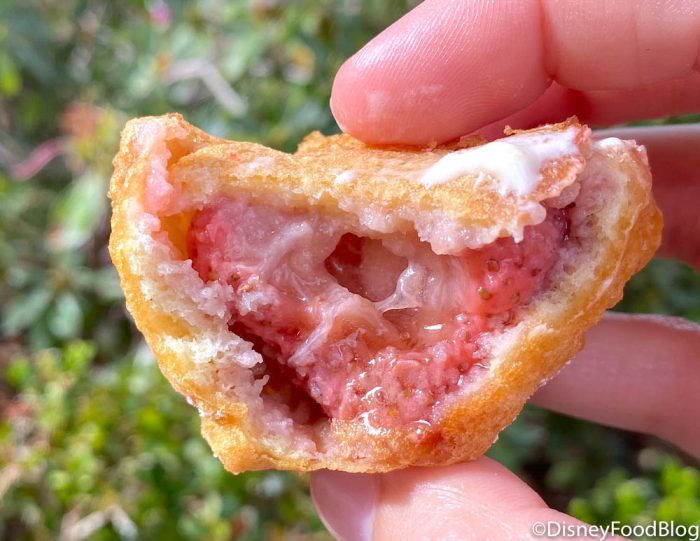 The dip, though, is the best part of the fritters! The cheesecake flavor is on the lighter side, so the dip reminds us more of a cream cheese frosting (which we totally can’t get enough of!). It adds an extra bit of sweetness to the fried batter that ties the fritters together a bit more. 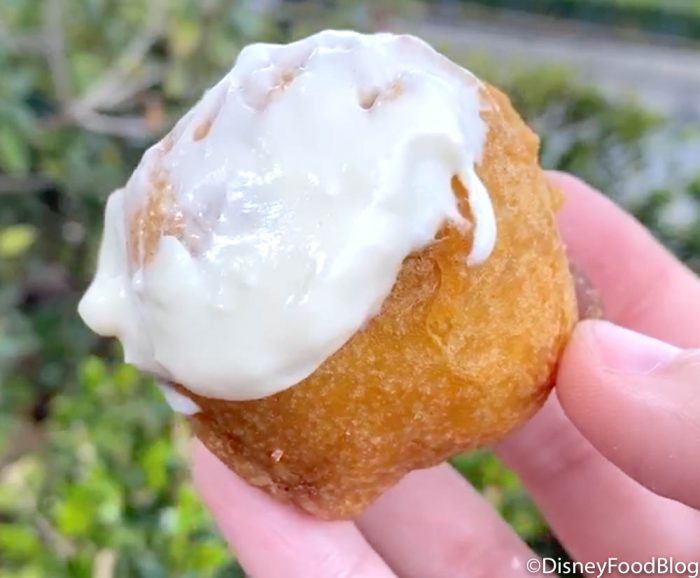 If you really love fritters or you just want some of that cheesecake dip (guilty as charged), you can get the Berry Cheesecake Fritters for $5.49! 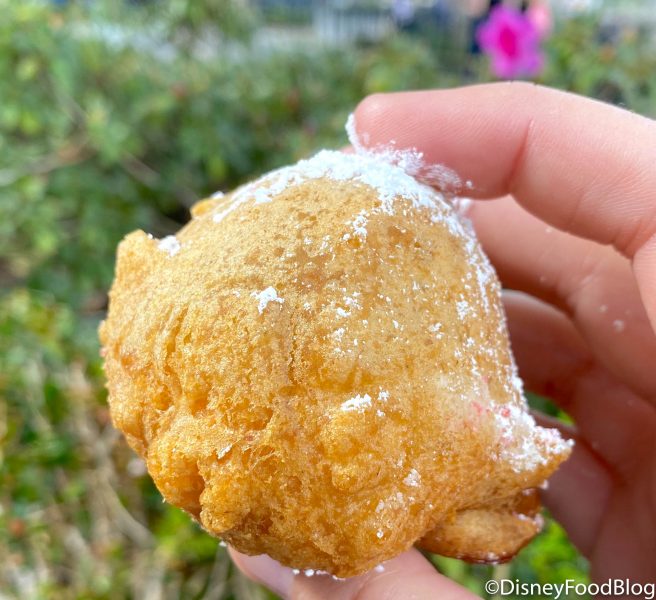 And, you can check out the Candy Shoppe Sundae for another dessert while you’re in the area!

Have you tried the Berry Cheesecake Fritters yet? Let us know in the comments below!

« Review! You Have to Check Out the CRAZY Candy Shoppe Sundae in Downtown Disney!
You Can Live Your Disney Princesses Dreams with these New Dresses on the Disney Cruise Line! »