We’re back at Star Wars: Galaxy’s Edge during the grand reopening of Disney’s Hollywood Studios! 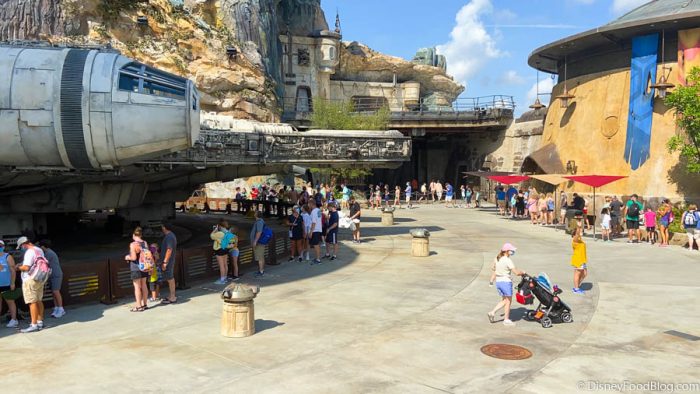 We’ve been checking out what’s new and different since Disney World reopened. We kicked back with a Carbon Freeze at Oga’s Cantina and battled the First Order on Rise of the Resistance. Now, we’re ready to pilot the fastest hunk o’ junk in the galaxy and tell you all about it.

So, what is Millennium Falcon: Smugglers Run like? Let’s run it down.

The queue is very similar to many lines we’ve seen across Walt Disney World. Social distancing markers are placed throughout the line to keep travel groups separated. 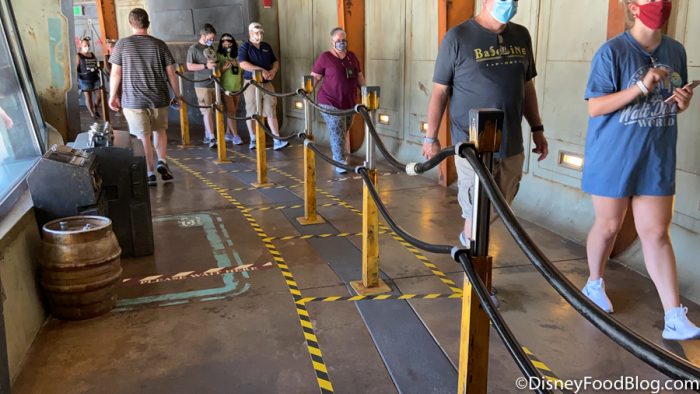 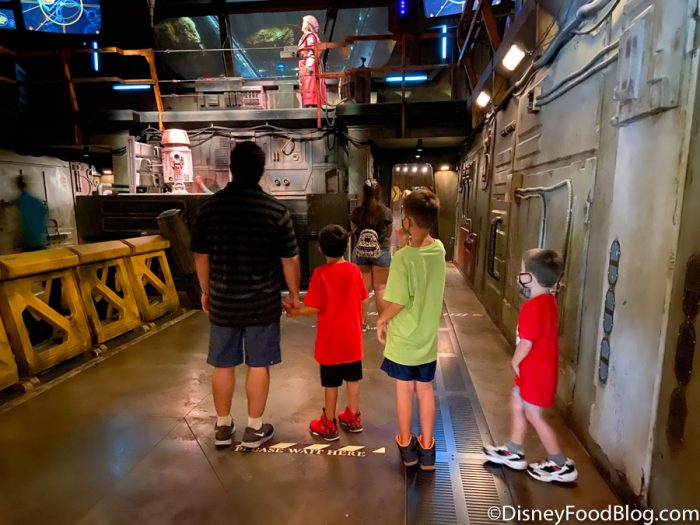 A major difference happens once you get into the interior of the ship. Usually, you’re allowed to mill around and explore the cabin. Today, they were having us stand on markers to keep our distance. 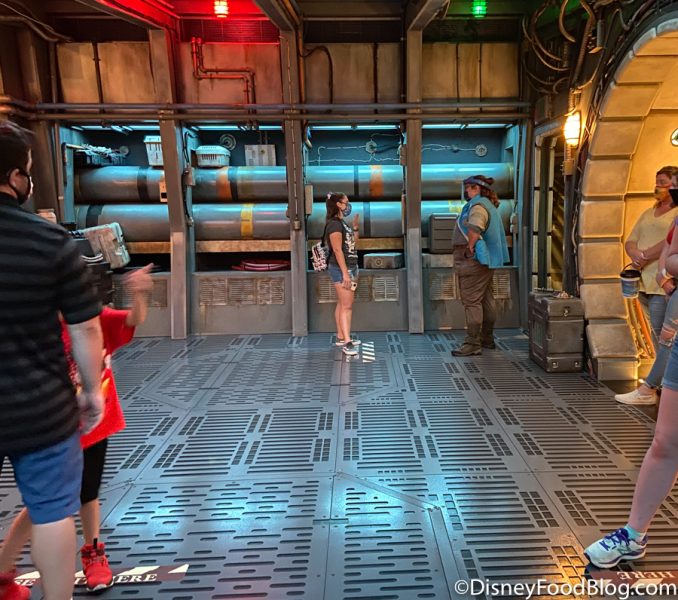 Lining Up in the Millennium Falcon

We were allowed to take quick pictures on the seats in the Chess Room if we wanted to.

Travel groups are sat together in the same cabins and do not share a cabin with other groups. That means, if you’re a party of one, you’ll get a whole cabin to yourself. No more worrying about whether or not you will get that coveted pilot’s seat! 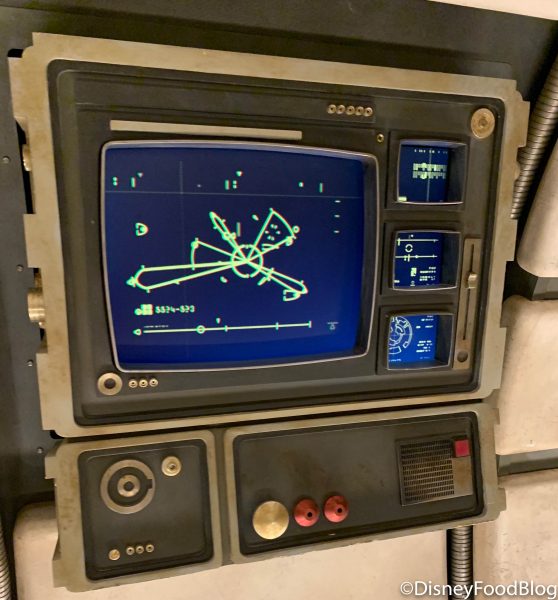 Other than that, Millennium Falcon: Smugglers Run is the same great ride we’ve been on before! We’d say our experience was very similar to the last time we rode it. The only difference was some social distancing and a private cabin. Keep up with us as we experience more attractions and new protocols!

Want to hear what happens if you miss your Ride Rise of the Resistance boarding group? Check it out here!

Will you be riding the Millennium Falcon soon? Let us know in the comments!

« Here’s EVERYTHING Different About Savi’s Workshop and The Droid Depot in Hollywood Studios
Review! The Sweet, Spicy, and Sparkling Tastes of Morocco at EPCOT’S Food and Wine Festival »