It’s a bird! It’s a plane! It’s…A BLIMP! The most famous blimp in the WORLD is…in the World, my friends! And we’ve got the pics and video to prove it! 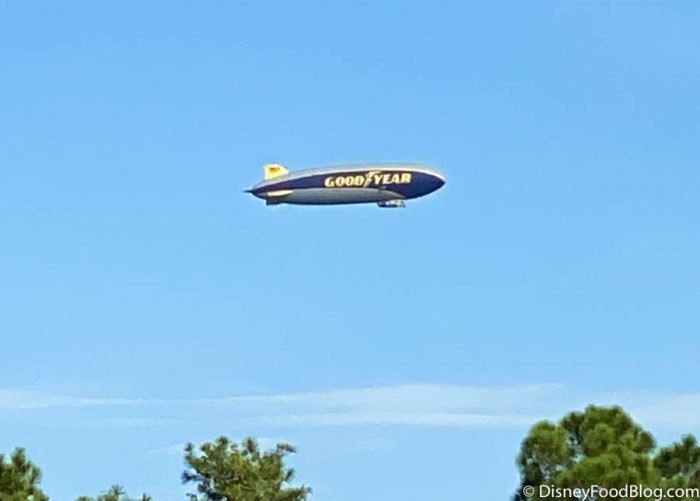 In case you hadn’t heard, the NBA recently resumed their season at Walt Disney World Resort. (Does the NBA usually play at Disney World? Erm, no. But due to the global health crisis this year,Disney World is serving as an isolated “bubble” where the teams can all live and play without coming into contact with anyone else.)

While on property, players in the “Disney NBA Bubble” will have access to theme parks after hours and can even visit their own barber shop. And to commemorate the restart of the NBA season, the Goodyear Blimp has JUST popped up! It’s soaring over ESPN Wide World of Sports to collect aerial footage.

The Goodyear Blimp is hanging out over the Wide World of Sports through August 2nd since the NBA is playing! pic.twitter.com/zGSWNomKMT

How to Watch the NBA in Disney World

You can tune in to watch your favorite teams NOW on national TV. Check listings on ESPN, TNT, NBA TV, and ABC. (And if you have NBA League Pass…well, you already know.)

Have you spotted the Goodyear Blimp sailing over Walt Disney World? Let us know in the comments section!

« The ULTIMATE Guide to Every Disney Movie Coming Out in 2020 and 2021!
NEWS! Florida’s Hurricane Season Has Been Upgraded From Active to Hyperactive »