Now that the NBA will be finishing its 2019-2020 season at the ESPN Wide World of Sports Complex, people are getting VERY excited about the 22 teams that will be arriving at Disney World in mere weeks!

Previously, a series of modified NBA logos took the sports and Disney fandoms by storm, prompting one of our readers to reach out to us with her own NBA X Disney artwork! As soon as we saw her designs, we knew you guys would LOVE ’em!

Jessie Kavana is a designer based out of New York City and her portraits of these famous NBA players are SPOT ON! Here’s Portland Trail Blazers’ Damian Lillard spending a little quality time with Beauty and the Beast‘s Cogsworth. 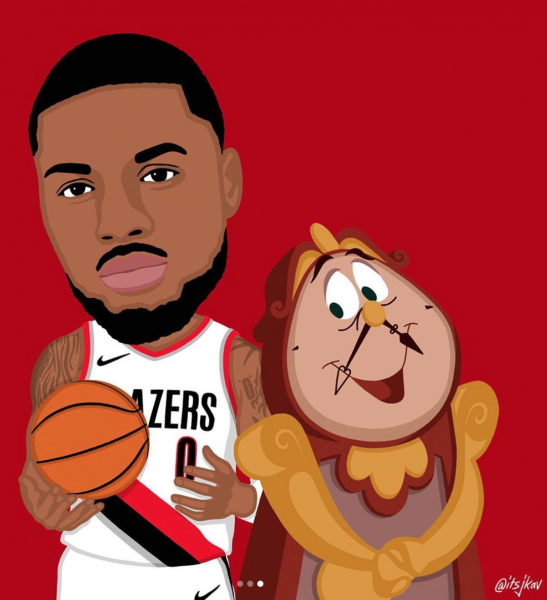 Kawhi Leonard from the L.A. Clippers has been chosen by this little green alien from Toy Story! 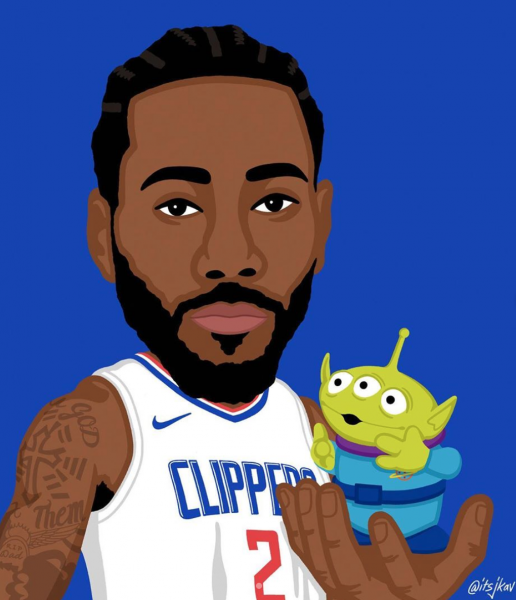 Meanwhile, James Harden from the Houston Rockets has the whole world in his hands — well, at least Spaceship Earth, that is. 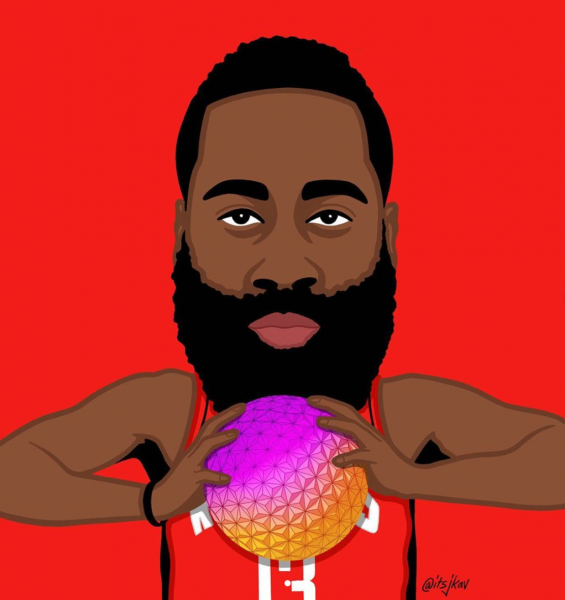 Giannis Antetokounmpo from the Milwaukee Bucks has buddied up with a new friend — Bambi! 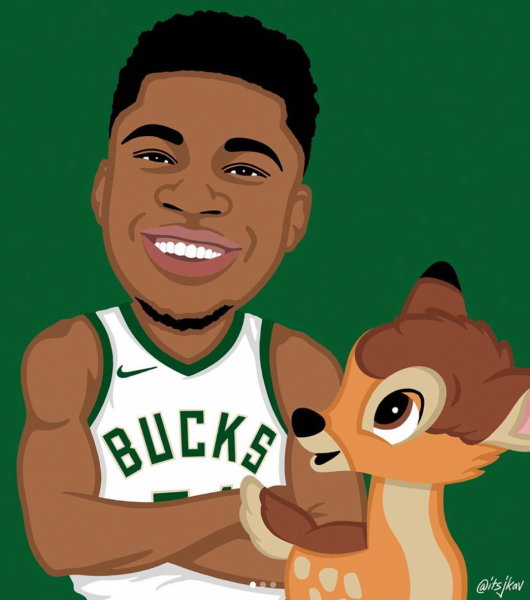 And this portrait of L.A. Lakers’ Anthony Davis is a MOOD with Hollywood Tower of Terror looming off in the distance! 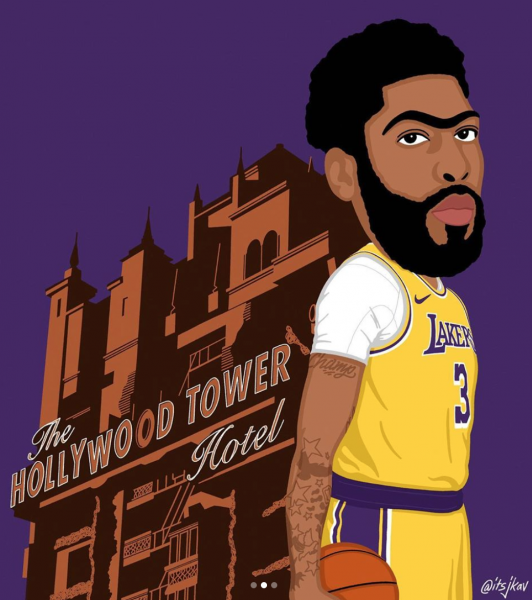 We think this Sorcerer Mickey hat really suits Orlando Magic’s Aaron Gordon! He should think about wearing one IRL! 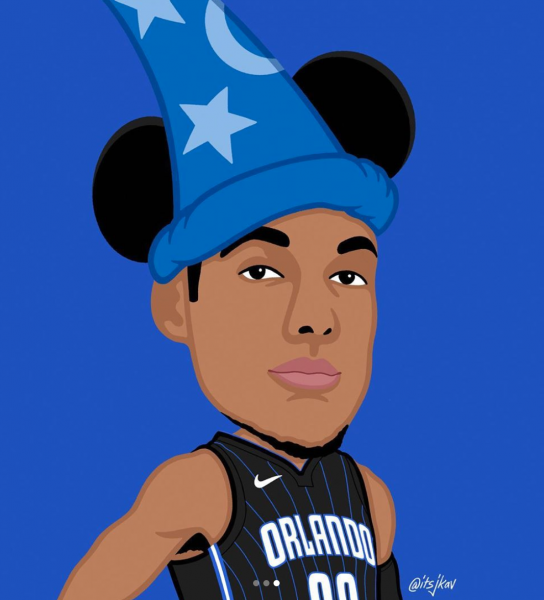 Kyle Lowry from the Toronto Raptors should turn around — it looks like something might be gaining on him! 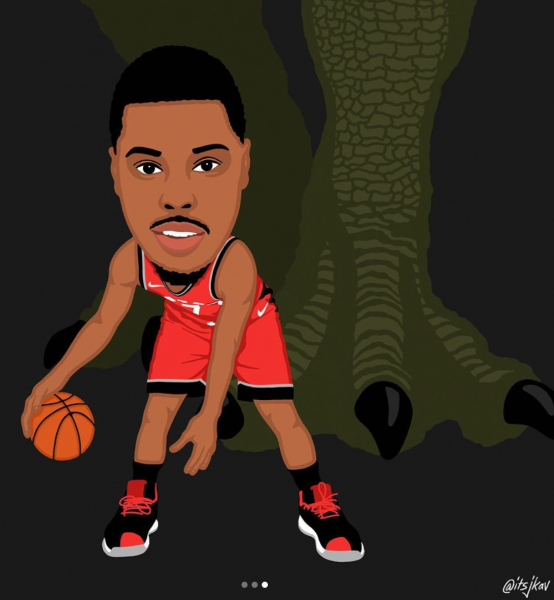 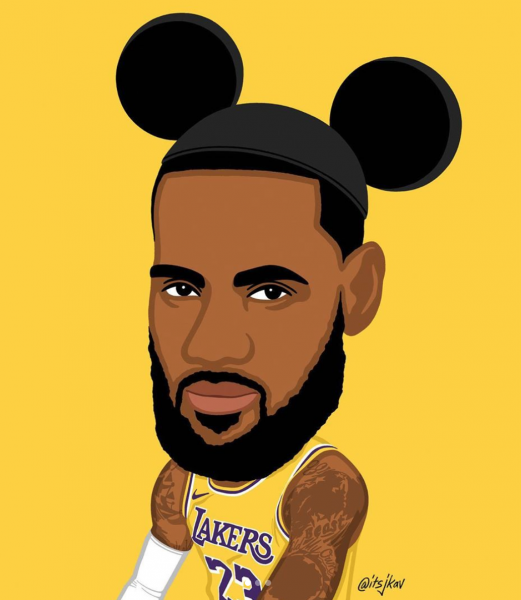 But our favorite mash-up of all is this one of Oklahoma City’s Thunder’s Chris Paul who goes by the nickname CP3! Very clever pairing him up with the protocol droid, C-3P0! 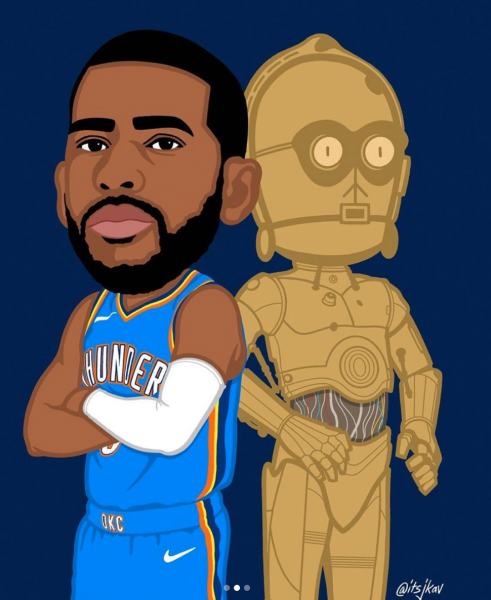 Yesterday, Disney World set up some practice courts for the NBA teams to use while they’re in town. We’ll be on the lookout for more signs of their imminent arrival and will keep sharing all the news with you!

Will the NBA being at Disney World impact your vacation? Click here to find out!

Which mash-up is your favorite? Cast your vote in the comments below!