Although we’ve known NBA players would soon be arriving at Disney World to finish their 2019-2020, it got A LOT more real today!

That’s because Disney World and the National Basketball Association have been keeping their preparations mostly hush-hush — until today!

Did somebody order some new flooring? At first glance, it certainly appears that way! But actually, this photo was posted on the NBA’s Twitter account this morning with the caption, “Laying down the practice floors!” It seems they’ve trucked in several NBA teams’ floors on flat truck beds all the way to Disney World! 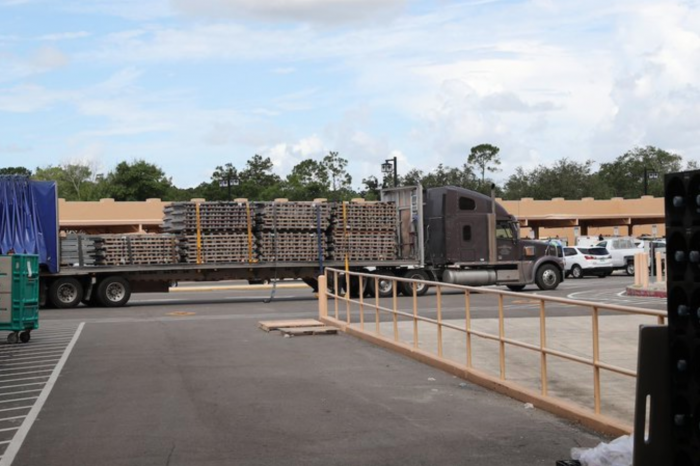 The NBA also showed us a few sneak peeks of what the practice courts actually LOOK LIKE now that they’re being installed at Coronado Springs in Disney World! 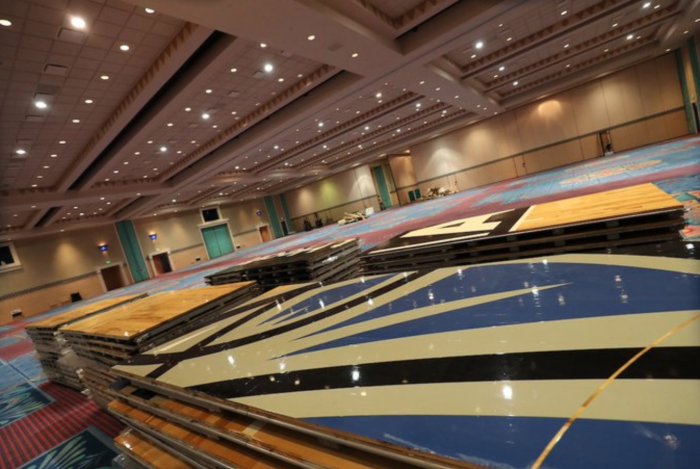 It looks like the Indiana Pacers practice court will be ready for NBA players before the season officially restarts on July 30! 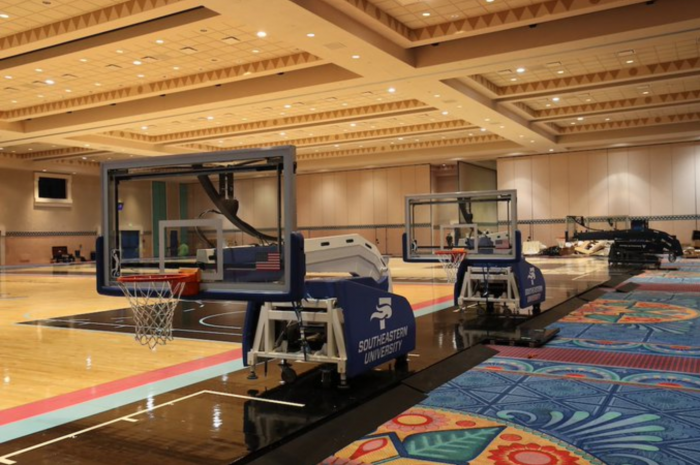 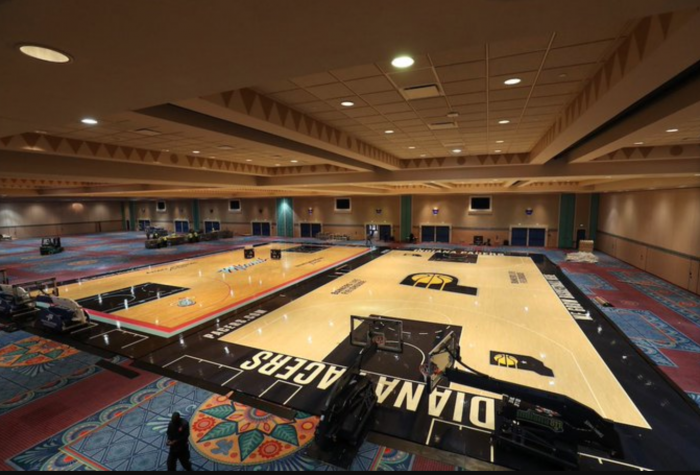 We’ll be on the lookout for more of the changes and preparations at Disney World as they get ready for the NBA players to arrive! In the meantime, check out these adorable NBA team logos that have received a special Disney TWIST!

Are you excited about the NBA resuming its 2019-2020 season at Disney World? Let us know in the comments below!

« Phineas and Ferb The Movie: Candace Against the Universe Has An Official Disney+ Release Date!
Disney World Has a NEW Star Wars Graphic Tee That Smells Like Teen Spirit! »