Although we’ve been able to wave at Anna and Elsa during the Character Cavalcades going on in EPCOT, we haven’t been able to sing along to our favorite Frozen tunes at For the First Time in Forever: A Frozen Sing-Along Celebration in Disney’s Hollywood Studios for a LONG time! 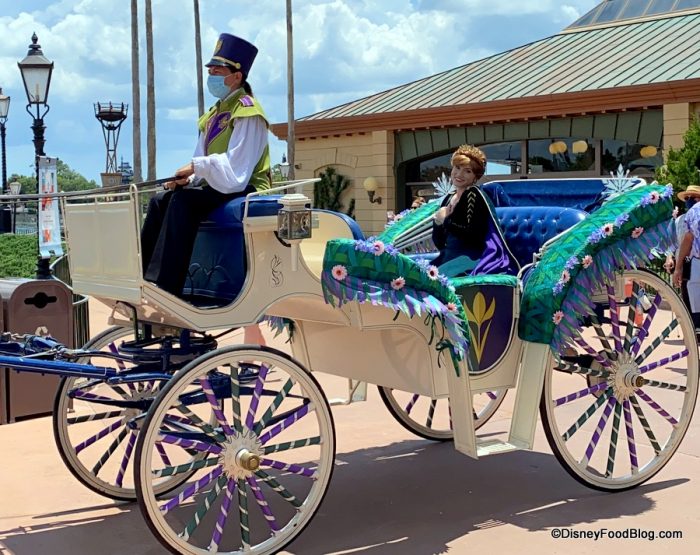 Anna in the Frozen Promenade

This show did not reopen with the park back in July, but we recently shared that the Frozen show would be reopening today, October 5th, so you know we had to make our way to Hollywood Studios and see what’s changed. 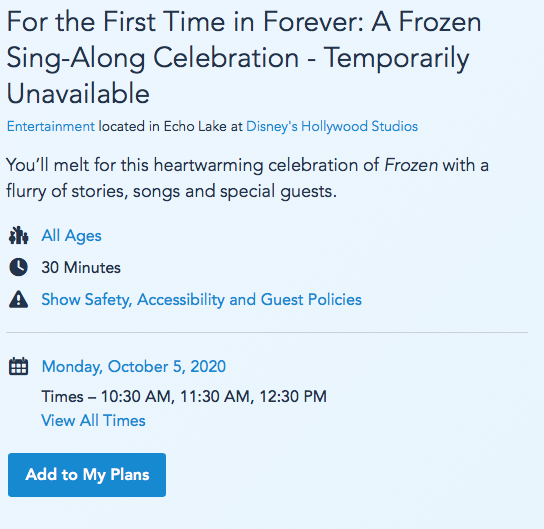 …we were in fact able to make our way back to the Frozen show for the first time in forever!! 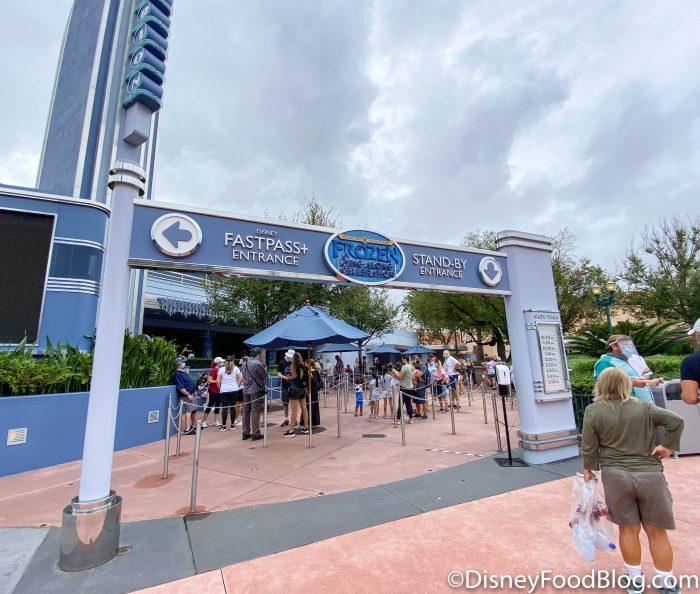 Let’s take a look at how things have changed. First, the theatre is only seating at 35% capacity. Cast Members are keeping track of how many guests are waiting in line and cutting off the line to ensure that the capacity is limited to that amount. When we went, they cut the normal line that starts at the sign because the capacity limit had already been reached for that show. A new line started around the fence for the next show. 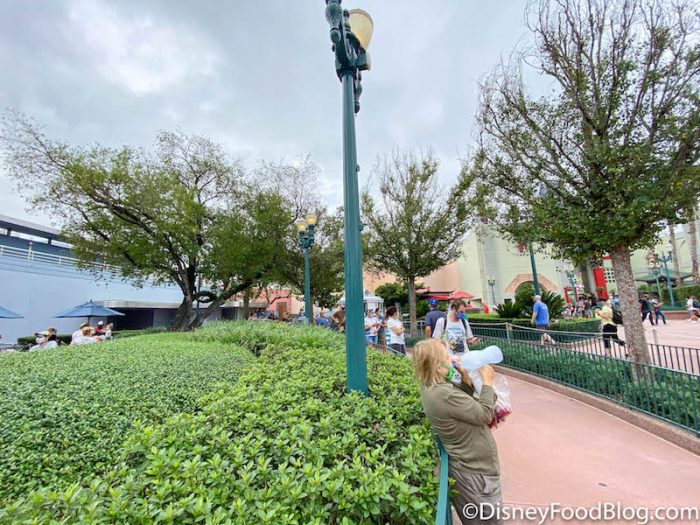 As we entered the waiting area, a Cast Member asked us how many were in our party so they could keep track of how many guests are in the space at any one time. 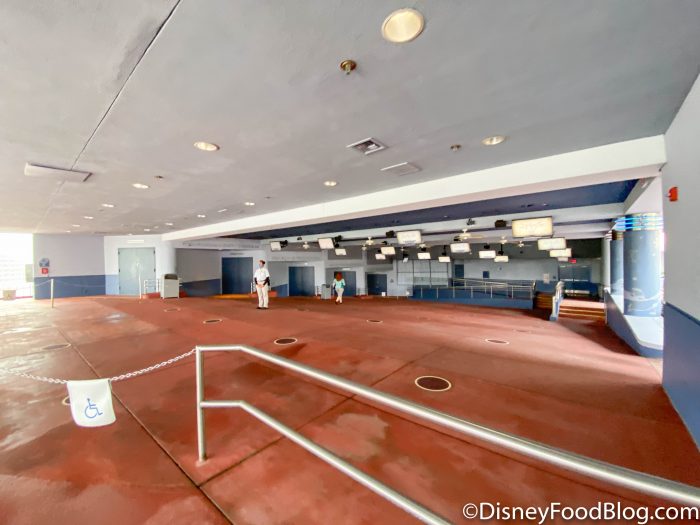 The Cast Member then sent us to a dot to stand on. 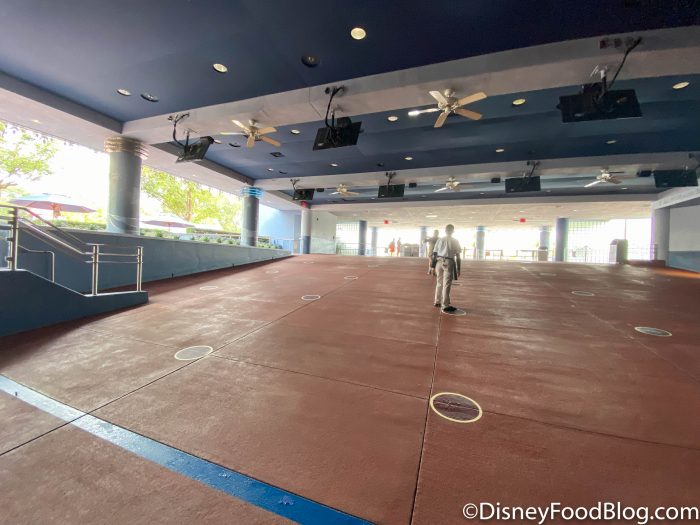 These dots help ensure that guests waiting in the space are still maintaining their social distance from one another. 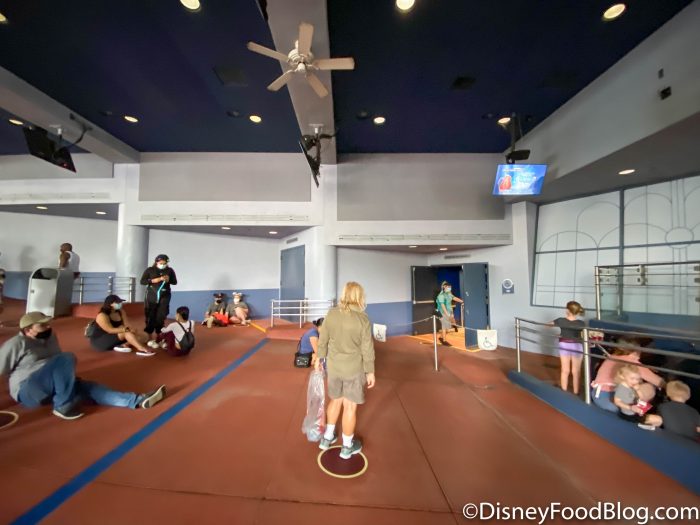 While we were waiting to get into the theatre, we saw that the pre-show videos were still playing on the monitors overhead. 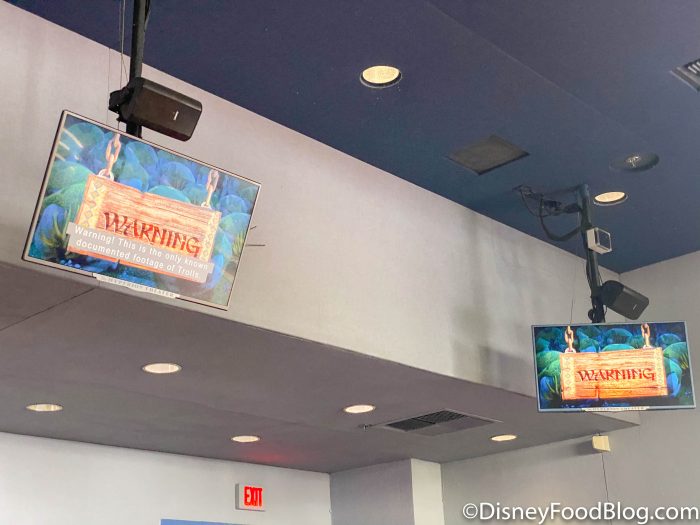 Before we entered the theatre, the Cast Members asked everyone to keep their masks on. They also instructed us to move all the way down to the last chair that is open for seating, and to remain seated until the end of the performance, at which point a Cast Member will come to the row and signal that it is time for our row to stand up and exit the theatre.

For the first time in forever, we are watching the Frozen Sing-Along today in Hollywood Studios! They ask everyone to keep their masks on, move all the way down to the last chair that is open for seating and remain seated until end of performance until a CM gives your row the 👍🏼 pic.twitter.com/mFouEmSmuz

Once it was time, we made our way inside the theatre! It was so wonderful to see those curtains and that giant snowflake again! We suddenly felt the urge to build a snowman.

A peek inside the theater! ❄️ pic.twitter.com/6UCZWYneOB

Inside the theatre, several seats and rows were marked as unavailable for use. 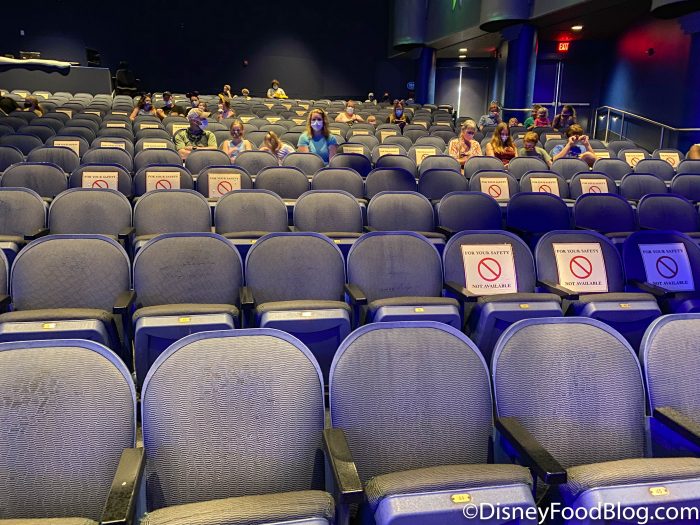 This is all meant to help guests maintain social distancing. 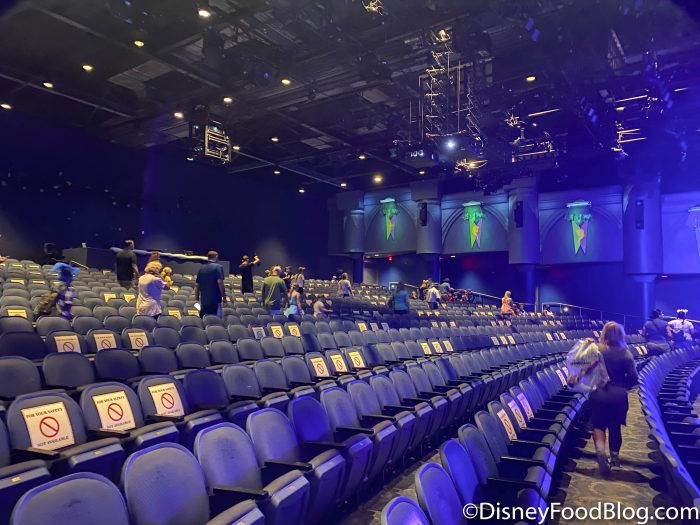 Cast Members were helping guests inside and directing them to the correct seats.

Cast members are helping guests and directing them to their correct seats. pic.twitter.com/uod6O057iQ

We noticed that a Cast Member assisting guests inside the theatre, like some other Cast Members on property, was wearing both a face mask and a face shield. 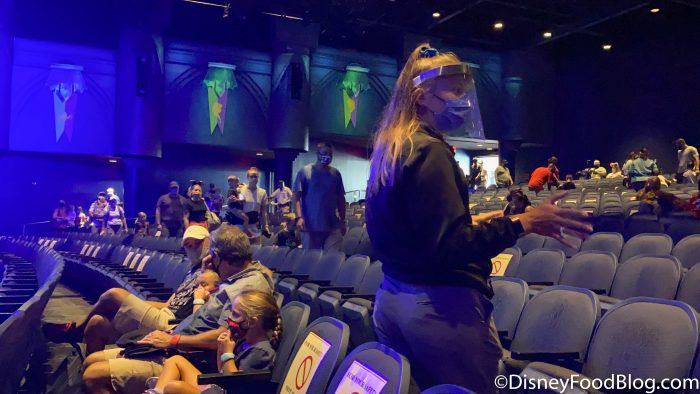 Once the show started, it was time for some good ‘ole Frozen fun! Guests, with their masks still on, were able to sing along to their favorite tunes, and we got to enjoy some hilarious moments thanks to the Arendelle historians.

We also got to say hello to Anna, Elsa, and Kristoff. 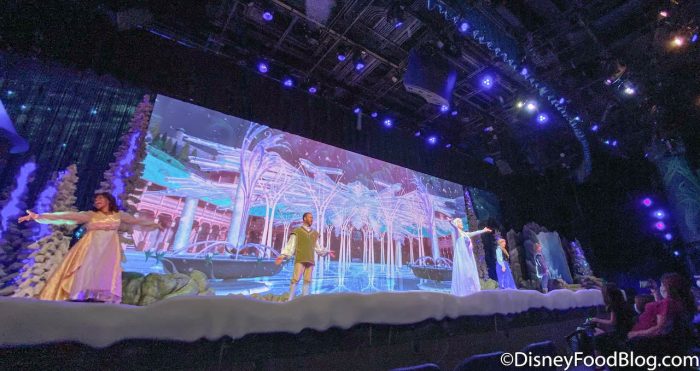 And, the best part? It still snows during the show! 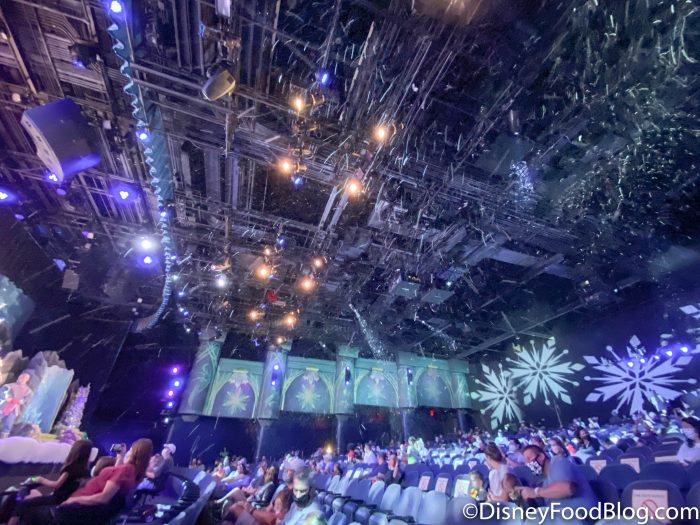 Overall, there were a variety of changes made in terms of the mask requirement, social distancing markers in the waiting area, socially distanced seats, and reduced capacity, but the show itself and the experience as a whole felt very much the same.

So, whether you’re a HUGE Frozen fan, or you’re just in the mood for a few laughs (those historians really are hilarious!), you can now head over to Disney’s Hollywood Studios to watch the Frozen show once again! We’re on the lookout for more news about other shows that have still not reopened in Disney World, like Finding Nemo: The Musical and Festival of the Lion King. We’ll let you know as soon as we spot any updates on those.

Have you ever seen the Frozen show in Hollywood Studios? Let us know about your experience with this show in the comments!