Disney’s Hollywood Studios has some awesome restaurants and snacks. 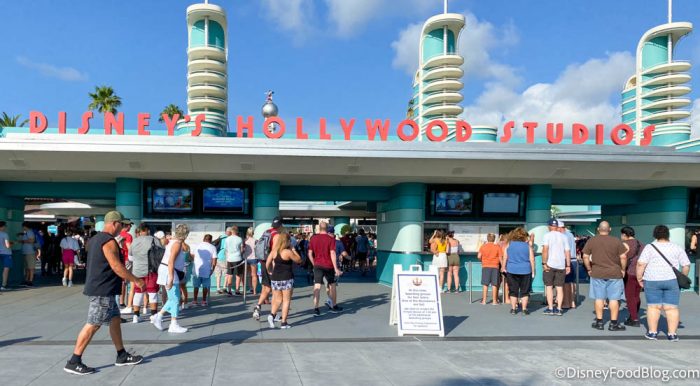 We asked our readers to help us rank Hollywood Studios quick service (fast food) restaurants and this is what you voted for! Can you guess which restaurant was ranked highest? 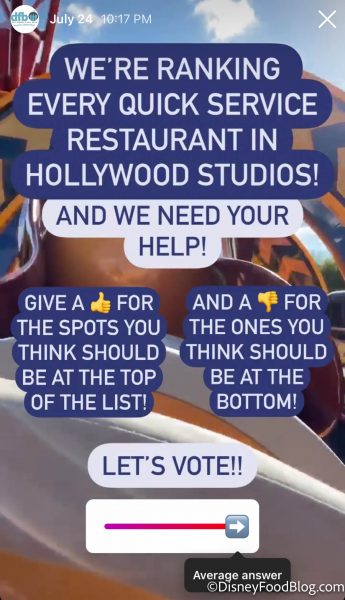 We’re starting from the least amount of votes to the top, and you might be surprised by the results.

Coming in with the lowest amount of votes of 37% is Rosie’s All-American Cafe. Rosie’s serves classic American eats like hot dogs, burgers, fries, and chicken nuggets, as well as a plant-based Toasted “Lobster” Roll. 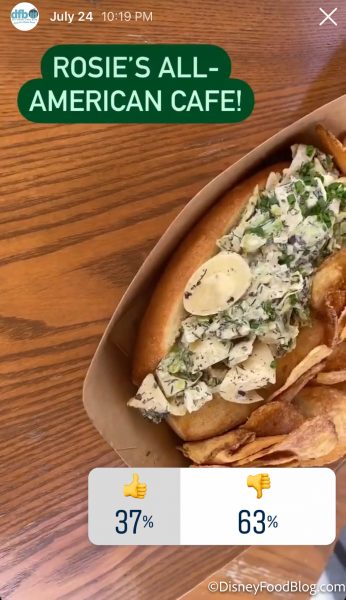 Rosie’s is located near Tower of Terror and has a big covered outdoor restaurant area, but apparently, many of you aren’t fans of choosing American food over some of the other options in Hollywood Studios!

With 41% of your votes, PizzeRizzo does not rank high for a pizza joint! PizzeRizzo is “owned” by the Muppet Rizzo the Rat, and is open seasonally near Muppet*Vision 3D. 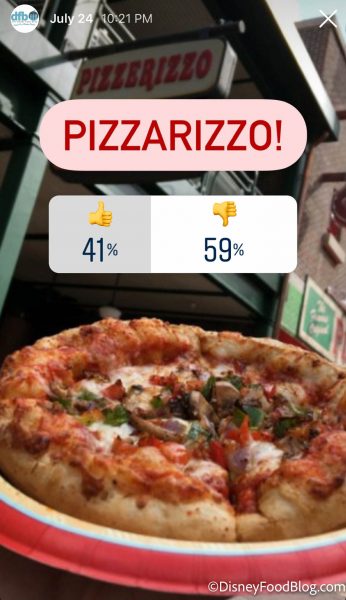 PizzeRizzo serves basic Italian fare like pizza, salad, and subs, and to be honest, we’re not a huge fan of the pizza here (it IS served by a rat, after all).

Read more about our review of PizzeRizzo here!

Next up is ABC Commissary with a rating of 49%. ABC offers quite a variety of food for a quick service restaurant, such as Shrimp Tacos, Mediterranean Salad, Buffalo Chicken Grilled Cheese Sandwich, and more. 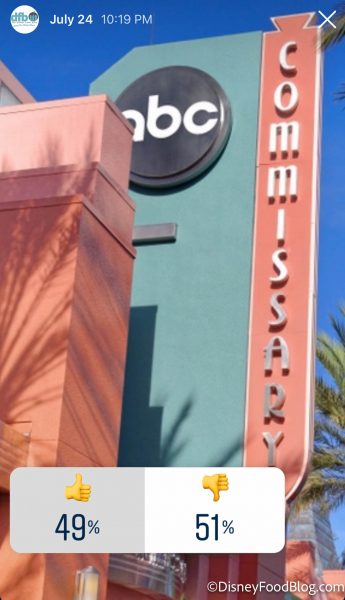 ABC also has a large indoor (and air-conditioned!) eating space for escaping the Florida heat, but apparently, the eats aren’t necessarily worth the A/C according to our readers.

Here’s our review of ABC Commissary!

Our readers made a big jump to voting 73% in favor of Backlot Express! Backlot Express is themed as a production warehouse and has a ton of space inside for eating, as well as some outdoor space. Like Rosie’s, Backlot serves classic American fare like burgers, chicken strips, and salads. 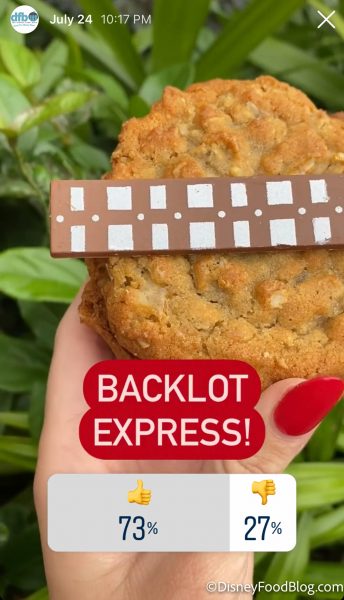 Backlot also occasionally offers Star Wars-themed eats, such as the Wookie Cookie, which is an oatmeal cookie sandwich with whoopie-pie cream filling.

Check out our review of Backlot Express!

Docking Bay 7 was voted just a bit ahead of Backlot Express at 74%. With foods inspired by the “local” dishes of the planet Batuu in Star Wars: Galaxy’s Edge, the menu is “out of this world” and fun! 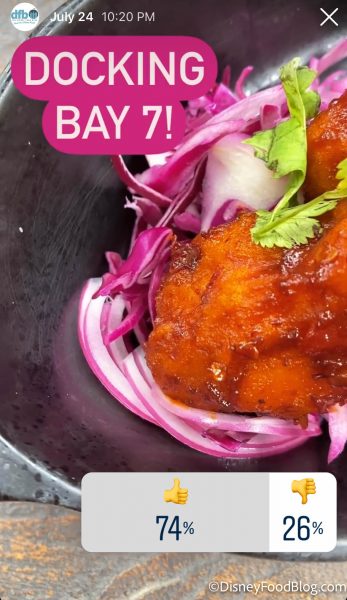 Here’s our review of Docking Bay 7!

Next up is another Star Wars: Galaxy’s Edge stop, Ronto Roasters! Voted at 78%, our readers love some Star Wars-inspired eats. 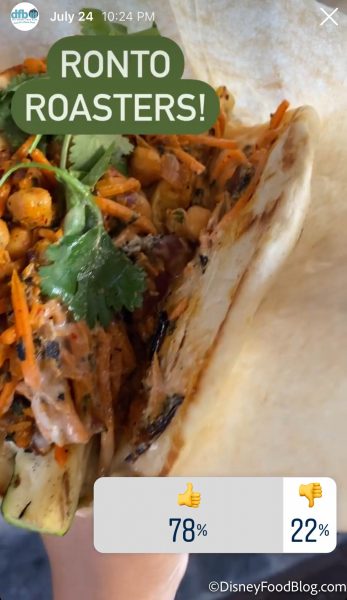 Ronto Roasters is home to the Ronto Wrap, made of grilled sausage and roasted pork and an excellent filling and on-the-go snack!

Check out our review of new menu items at Ronto Roasters here!

Home of the famous Totchos, Woody’s Lunch Box is the winner of the Hollywood Studios quick service restaurants with a vote of 79%. 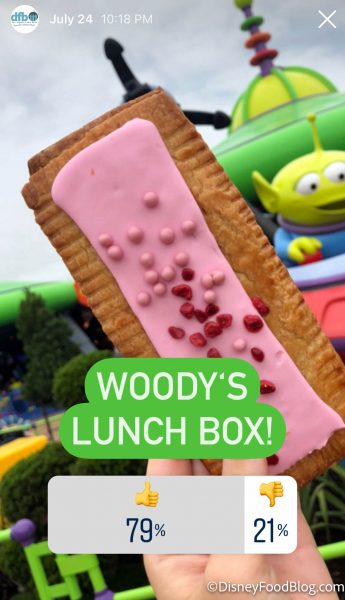 In addition to Totchos, Woody’s Lunch Box offers pastry tarts known as “Lunch Box Tarts,” and a Grilled Three-Cheese Sandwich, among other eats!

Woody’s Lunch Box comes out on top with Rosie’s All-American Cafe as the least favorite of the Hollywood Studios quick service restaurants. Do you think these rankings are accurate? Keep reading DFB for all your Disney World food and restaurant ranking needs!

Click here for the ultimate guide to eating at Disney’s Hollywood Studios!

Do you agree with these rankings? Tell us in the comments!

« How to Win a FREE Cruise on the Brand-New Disney Wish!
Here’s Why It’s ESSENTIAL to Check Disney World Park Hours! »