Disney World has a LOT of updates, refurbishments, and new projects in the works, and sometimes, it’s hard to keep track of them all! 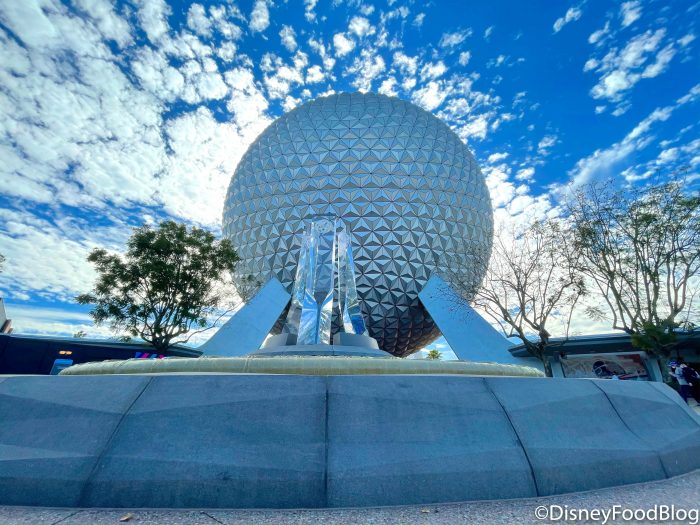 Sure, we’re all excited about all big upcoming attractions, like Remy’s Ratatouille Adventure, Guardians of the Galaxy: Cosmic Rewind, and TRON Lightcycle Run. And we can’t WAIT to see the interactive hotel/experience Star Wars Galactic Cruiser! But those are just a FEW of the projects underway at Disney World right now. So with those being so HUGE, it makes sense that some of the smaller projects get lost in the shuffle, although they’re still in progress.

So the Italy Pavilion at EPCOT already has a gelato stand, but last year, we noticed construction walls in the area and a permit filed by the Patina Restaurant Group for the “La Gelateria” Gelato Cart. This new gelato cart will have 12 different varieties of gelato and sorbet, including gluten-friendly and plant-based flavors! 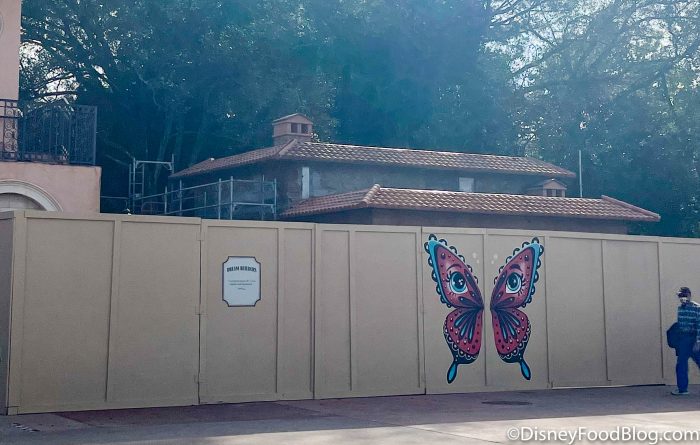 Hello?!?!? We are in! We’ve even seen aerial views of the construction progress of it and a peek at the rooftop of the kiosk too! The construction permit for the Gelato Cart doesn’t expire until December 31st, 2021, so we’ll hopefully see it open sometime this year!

See Aerial Views of the Construction at the Italy Pavilion!

With so much construction going on at EPCOT right now, it’s easy to lose track of smaller projects like Dreamers Point. It’s  expected to be built just behind Spaceship Earth in an area called World Celebration and serve as a sort of overlook area. It will also feature a brand new statue of Walt Disney.

We love the idea of being able to sit on the steps with Walt and gaze out into the great big beautiful tomorrow! This area currently sits behind EPCOT’s construction walls, though, so we’re not sure of its status just yet! We will let you know more on this project as soon as we hear more.

The Soul of Jazz: An American Adventure Exhibit

One of the newest EPCOT projects to be announced is a new exhibit based on Pixar’s latest movie Soul at EPCOT’s American Adventure pavilion. The Soul of Jazz: An American Adventure Exhibit opened today, February 1st, and takes guests through the history and story of jazz music. 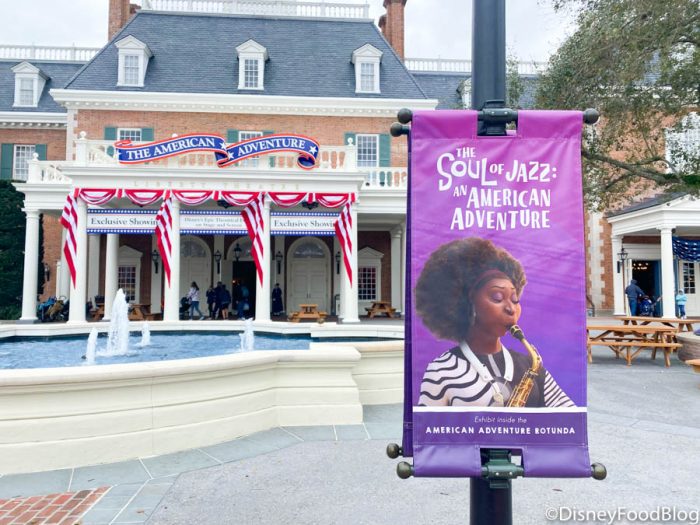 Jazz museums around the country helped to bring this exhibit to life. Strolling through, you’ll learn about five major hubs of jazz (New Orleans, New York City, San Juan, Chicago, and Los Angeles), see original sheet music from some of the greats, and some real instruments that were played by famous jazz musicians. We were blown away to spot a trumpet that was actually played by Louis Armstrong!

Learn more about The Soul of Jazz here!

A few weeks ago, we spotted a permit for a newly-coded address in Future World that points to a brand new popcorn stand just behind the construction barriers in EPCOT! 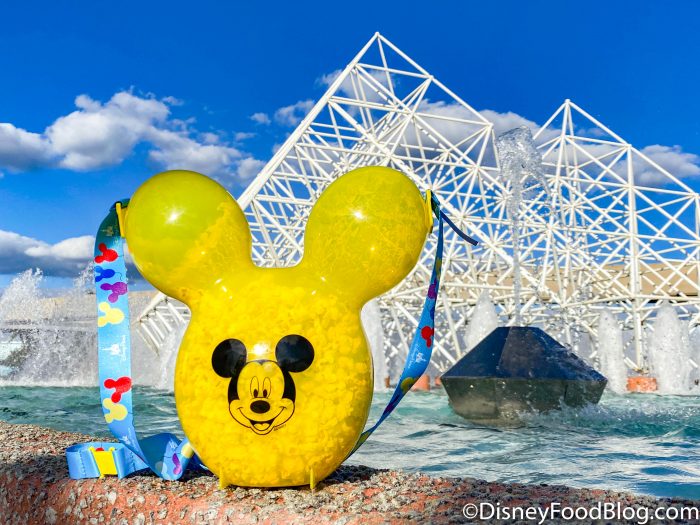 The address that the permit talks about is now coded to a new structure plot called “EPCOT Popcorn Kiosk” in a spot that hasn’t had a popcorn stand in the past. We might be snagging some salty snacks right next to the prior home of Mouse Gear in Innoventions East!

The beauty of Disney World is that it’s always changing, upgrading, and creating new magic, just as Walt intended! And we’ll do our best to keep up with all the changes so we can keep you updated, too!

What little Disney World project are you most excited about? Let us know in the comments!

« PHOTOS: Love Is In the Air With New Disney Valentine’s Balloons
Step Back in Time With This WandaVision Photo Op in Disneyland! »