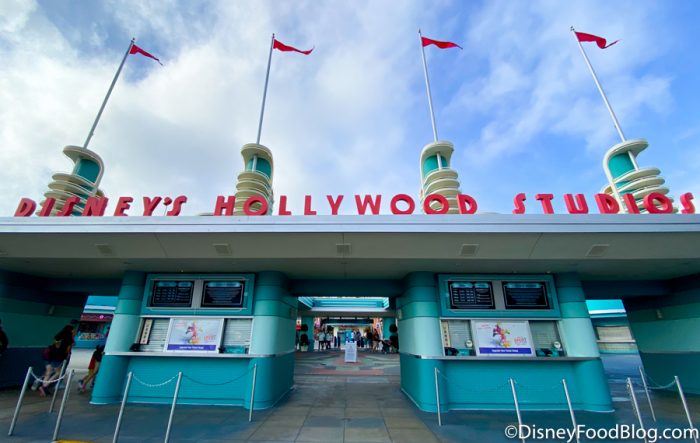 We sure have been busy trying all the Easter dessert in Disney World! But of course, we’ve gotta make time for the other new eats around the parks. And we when we spotted a new brownie in Disney’s Hollywood Studios, we just HAD to try it! It reminded us too much of the brownies at Casey’s Corner to pass up. Oh Casey’s, we MISS you.

If you miss those brownies in a cup too, you’re in luck! We found a new one at the popcorn stand outside Voyage of the Little Mermaid in Disney’s Hollywood Studios. That’s a kinda weird spot for a brownie, wouldn’t ya think? But this isn’t just any brownie: it’s the Seaside Brownie, which means it matches the Little Mermaid theme just right. 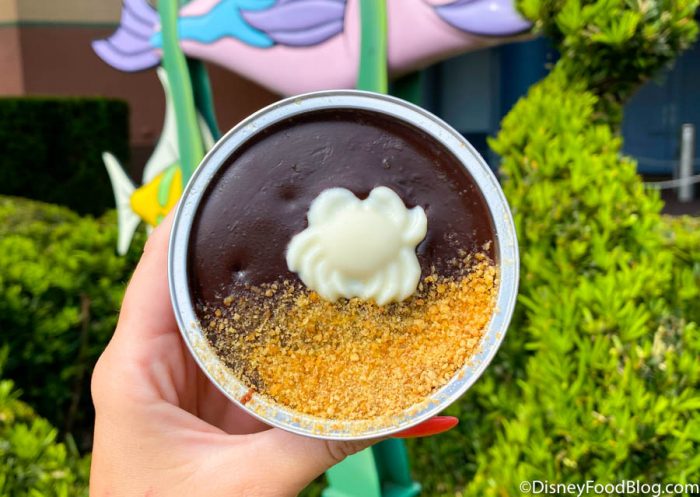 You’ll get your brownie with chocolate ganache, cookie sand, and a white chocolate topper. It’s ooey and gooey and super tasty! We’re gonna be honest: it’s SO much better than the Mickey brownie you can grab on Sunset Blvd. That one had some dry parts around Mickey’s ears, and we didn’t have that issue with the Seaside Brownie.

Now, we’ve still gotta rank the iconic Num Num Cookie over this new treat. The Seaside Brownie costs $5 while the Num Num Cookie is $6.19, and we’d splurge an extra dollar for the latter any day. But if you’re craving a brownie in particular in Hollywood Studios, go for this one! 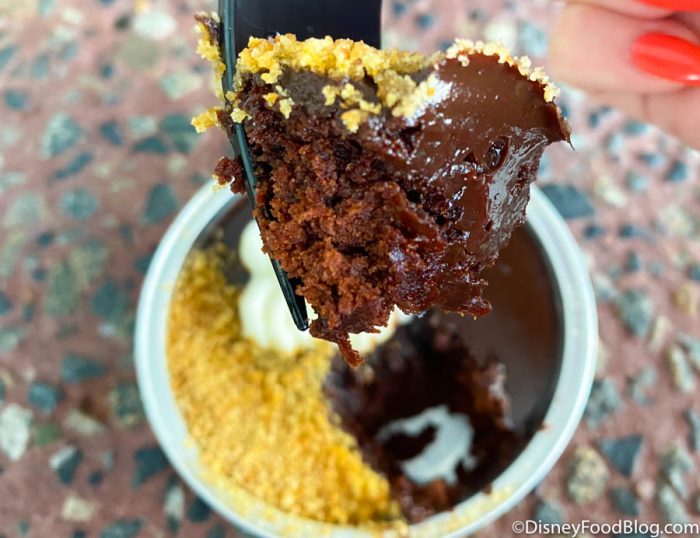 We’ll keep an eye out for more new treats around the parks! Stay tuned to DFB for the latest Disney news.

Check Out Some MORE New Desserts in Hollywood Studios!

Would you try the Seaside Brownie? Let us know in the comments!