Orange is having a MOMENT in Disney World! 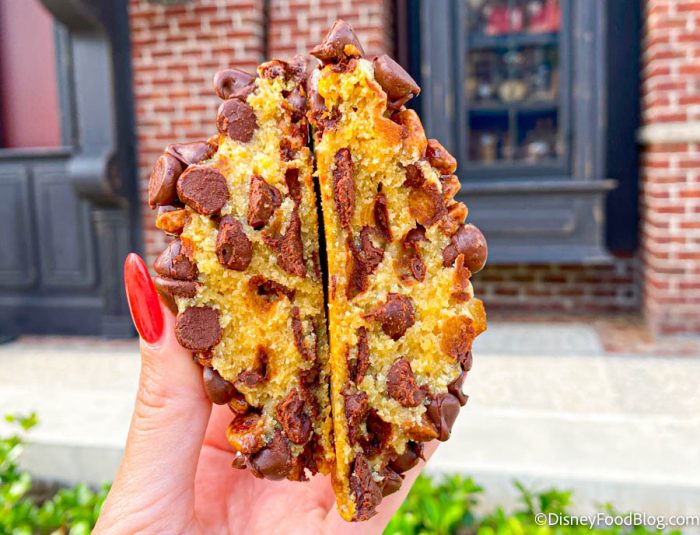 Chocolate and orange may be an underrated flavor combo (and one that we LOVE to see), but VANILLA and orange is a classic pairing that definitely lives up to the hype! 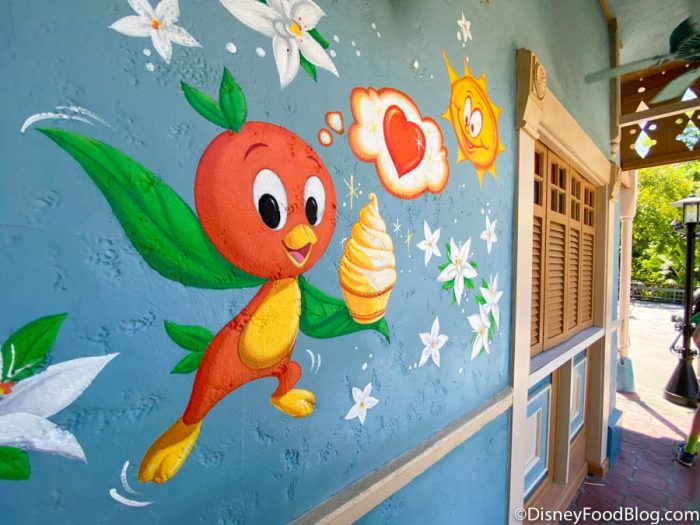 When you think of vanilla and orange together, you might think of creamsicles, those classic creamy treats that taste especially delicious on a sweltering Florida day! Well, if you love creamsicles as much as we do, then you’ll want to make a beeline over to Marketplace Snacks in Disney Springs, because we found JUST the treat for you! 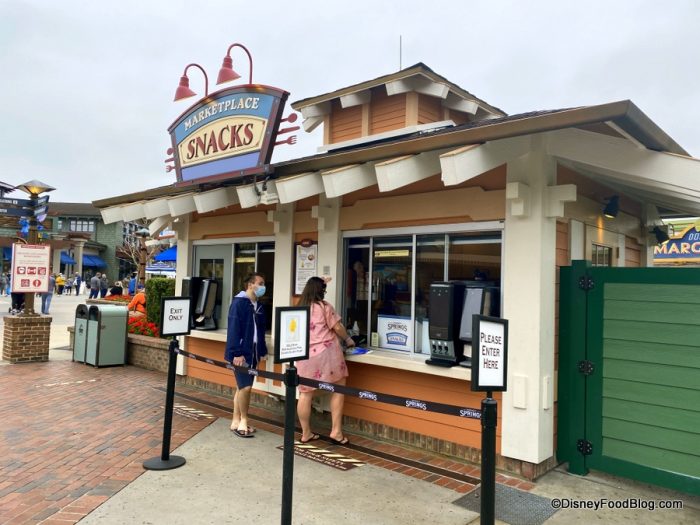 The new Vanilla Orange Slushy Float is one snack that tastes as good as it looks — and indeed, it LOOKS just like a creamsicle! 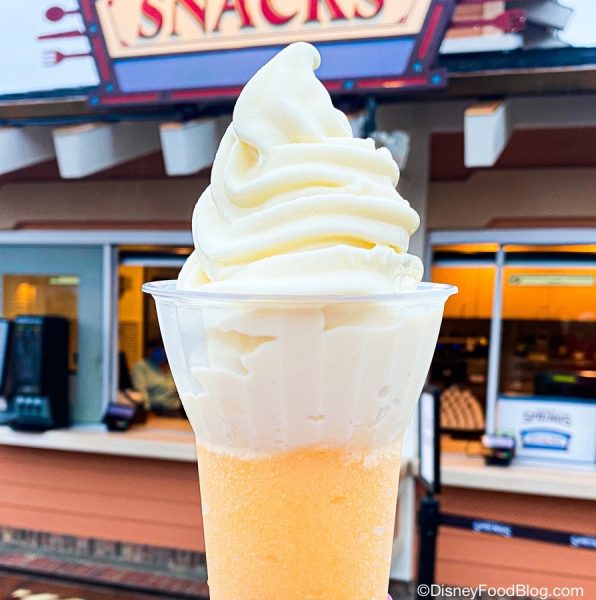 The base is an orange slushy, which tastes like Orange Dole Whip, and frankly is delicious enough on its own… .

But then you add a swirl of vanilla soft-serve and we’re in Florida heaven! 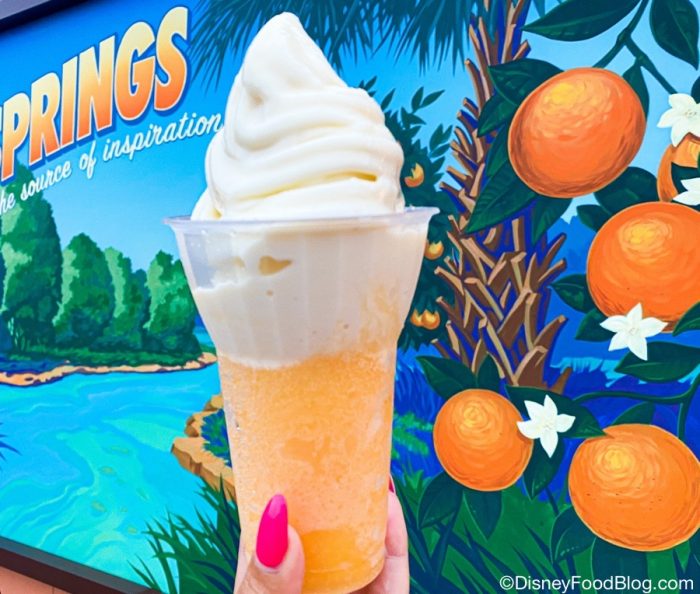 Altogether, it’s got a similar flavor profile to a citrus swirl that we love so much! 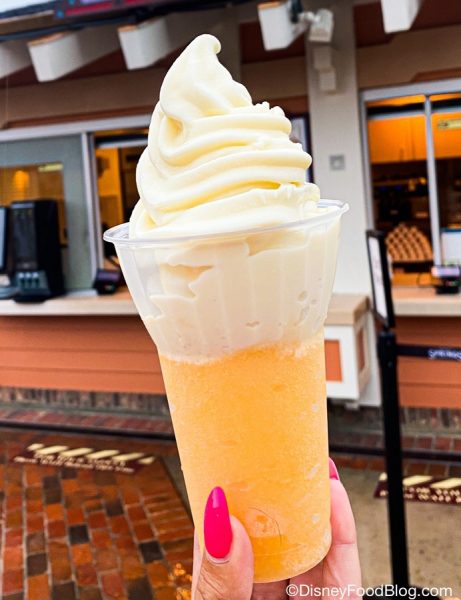 Added bonus: all the light, tangy sweetness from the orange mixing perfectly with the silky-smooth sweet ice cream! 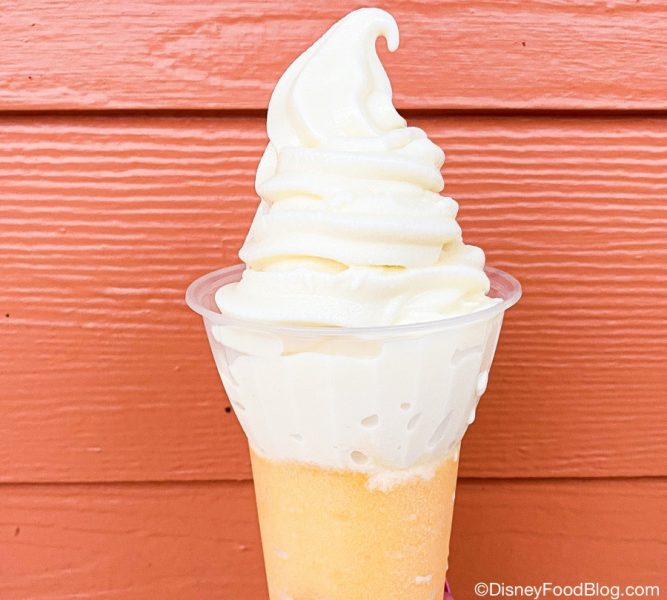 Slow clap for this creamsicle confection! 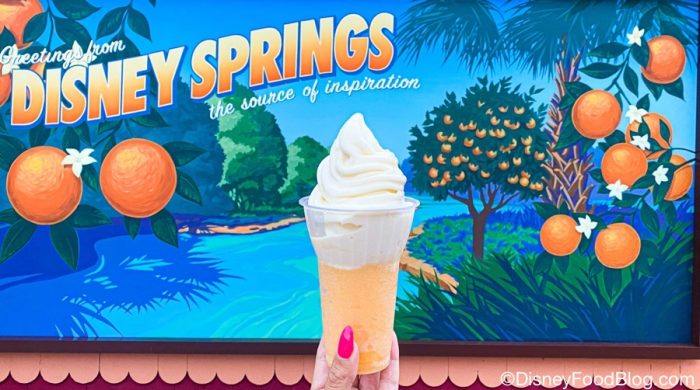 You can grab one of these slushies for yourself from Marketplace Snacks for $5.99 today! But get it fast…it’s only available for a limited time!

And the best part? DFB TIP: We asked the Marketplace Snacks Cast Member and you can substitute other Dole Whip Flavors in your slushy float! So there are loads of potential flavor combos for you to try!

REVIEW: THIS is the Dole Whip Flavor Combo We Never Knew We Needed in Disney World!

Are you a fan of creamsicle-flavored desserts? Let us know in the comments!

« Disney’s Got Some New Freebies For Your Screens!
Are You Team Goofy or Daisy?! »