No matter what kind of day we’re having, seeing Disney characters is always a surefire way to make us smile! 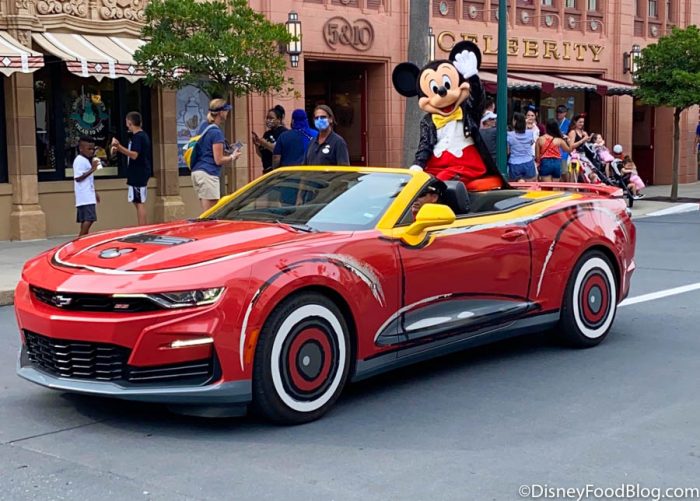 Whether we’re spotting them in Disney World or simply watching a video, there’s nothing quite like a character sighting! After seeing some of our favorite recent character videos, we think you’ll agree!

From Princesses to iconic duos like Goofy and Pluto, we are constantly awe-struck and delighted by seeing Disney characters in the parks and resorts! To spread a little joy (and perhaps provide a little chuckle, in some cases), we’ve rounded up eight of our favorite recent Disney character videos to brighten your day! 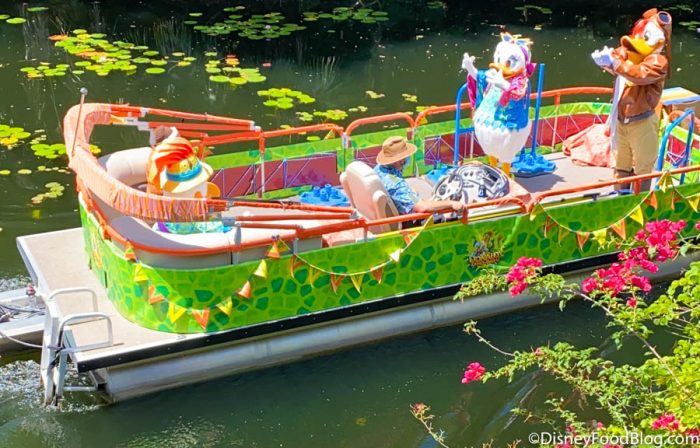 You good there, Donald?

We LOVE a good Disney Princess cavalcade! It’s the closest thing we have to royalty tbh. While we frequently see them at Magic Kingdom, we loved watching the gals enjoying a leisurely horse-drawn carriage ride through EPCOT. Wonder which restaurant they’re being chauffeured to!

One recent character sighting that BLEW our mind was Mickey Mouse…scuba diving?! In honor of World Oceans Day, the Disney icon took a dip, and was waving at guests on the other side of the glass. Still not sure how this even happened, but we’ll chalk it up to that Disney magic!

Mickey is celebrating #WorldOceansDay over at Epcot! 🌊 pic.twitter.com/oMxH35zpx0

Disney characters are clearly REALLY developing an interest in aquatic activities, because not only is Mickey getting into scuba, but Goofy has taken up fishing! We saw him at Disney’s Hollywood Studios, working on his “perfect cast” at Echo Lake!

Chip ’n’ Dale are QUITE the dynamic duo, and we love seeing them pop up all over the parks! We were especially excited recently to see them in their CLASSIC Rescue Rangers ‘fits!

The boat cavalcades at Disney’s Animal Kingdom have been a BIG hit, and it’s a thrill to spot different characters floating down the river. It’s even more thrilling when Launchpad McQuack looks like he’s auditioning for So You Think You Can Dance!

We love how much LaunchPad is into the music! pic.twitter.com/kzRyIsXQM5

Sometimes you just can’t beat a classic. We’re over here BEAMING at the simple pleasures of watching Tinker Bell ride down Main Street U.S.A., looking like a queen on her treasure throne!

One can NEVER have too much Goofy! Of all the unexpected character pop-ups we’ve seen in Disney World lately, this surprise appearance from Goofy and Pluto at the Disney’s Grand Floridian Resort left us totally star-struck! Wonder if they were stopping by for brunch?!

PHOTOS: We DARE You Not to Smile When Reading This Disney World Post https://t.co/l3vNeCXlZY pic.twitter.com/6xJoYe4Xx5

Last but CERTAINLY not least, we’ve gotta give a special shoutout to plant Snow White and her new friend. Apparently there are now eight dwarves, and one of them is a lizard.

Oh, Snow. You’ve got a little somethin’ there…🦎 pic.twitter.com/xo1H6iLWJ9

These heartwarming videos are just the tip of the Disney iceberg, and we could honestly go on for DAYS! But we hope these brightened your day and reminded you of the magic of Disney!

The Rare Disney Character We Did NOT Expect To See Today

Which Disney character is your absolute favorite to see in Disney World? Let us know in the comments!

« What’s New at Disneyland Resort: Avengers Campus Opening and a NEW Color Trend!
10 Disney World Essentials You Can Get on Amazon! »