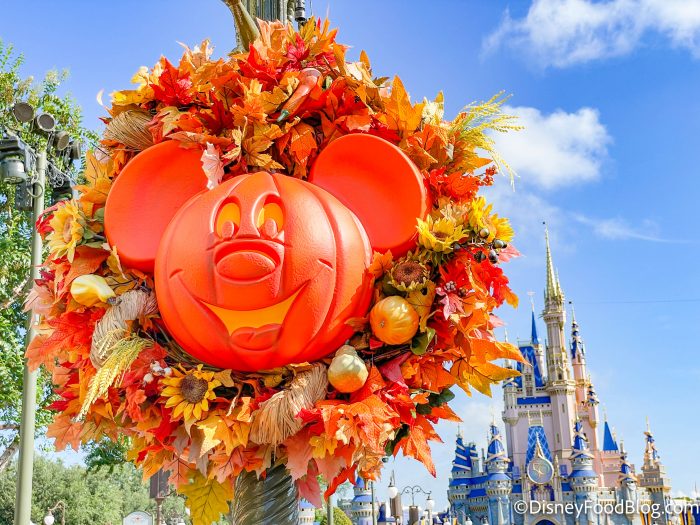 We know what you’re thinking, “but it’s only August?!” and you’re right, but, the spooky festivities start early in Disney World! Magic Kingdom is already decked out in pumpkins and wreaths, new Halloween merchandise like Crocs and Mickey ears have arrived, and the BOO Bash After Hours event starts tonight. But, before we dress up for a night in Magic Kingdom, we’ve got A LOT of eating to do because MANY of the new treats coming to Disney World for the season arrive today and you know we have to try them all!

We arrived at Disney’s Hollywood Studios bright and early this morning to do some serious eating and we’ve already brought you a look at TWO of the new treats — the Pumpkin Mousse and Spooky Ghost Cupcake from the Trolley Car Cafe. But, we’re not done yet! Now, we’re headed over to Toy Story Land for a new eat at Woody’s Lunch Box! 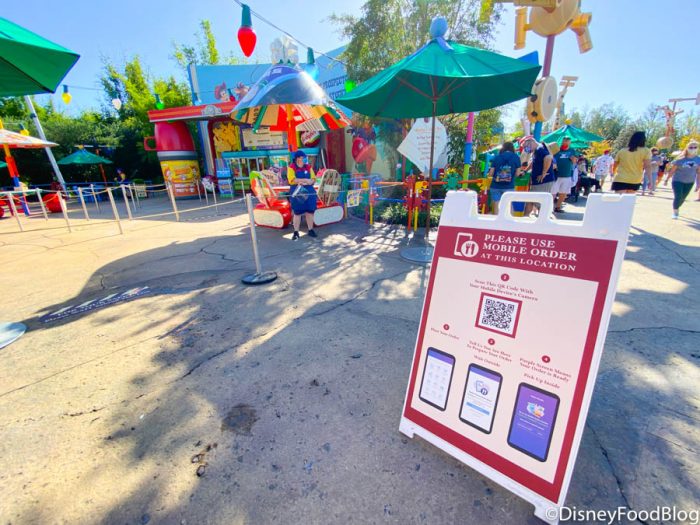 Time for a stop at Woody’s Lunch Box!

Beginning today through October 31st, guests can find the Halloween Lunch Box Tart at this location, which is a chocolate-hazelnut filled lunch box tart frosted with spooky vanilla icing, Halloween sprinkles, and candy corn for $4.29.

Now, if you’re hoping to give this one a try, you’ll want to be sure that you order it up bright and early (even if you want to eat it later) because mobile ordering pick-up windows can go FAST at Woody’s Lunch Box. 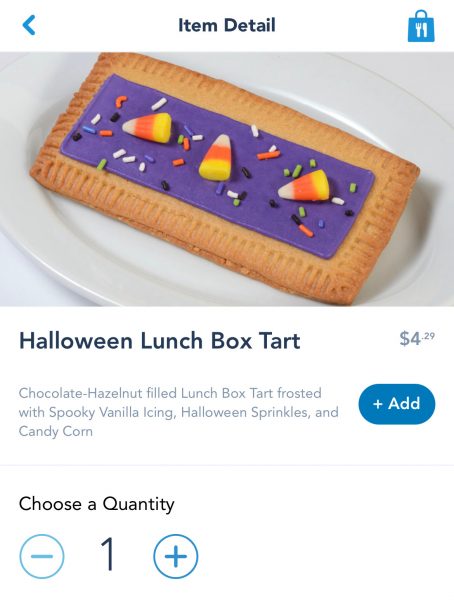 So, what makes this new sPoOkY tart special? Well, it’s really just the toppings! The filling is exactly the same as the Chocolate-Hazelnut Lunch Box Tart that’s normally on the menu, but with this one, you’ll get vanilla icing, sprinkles, and candy corn instead of the traditional maple fondant and candied bacon. 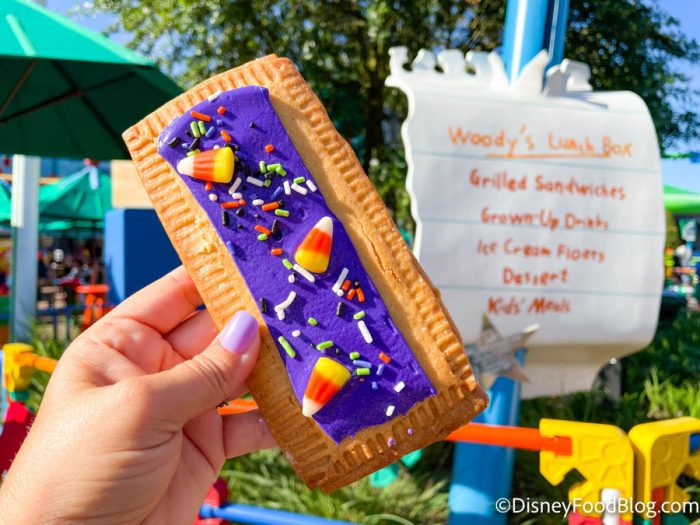 There’s no doubt that this tart is decked out for the season and if you’re a fan of candy corn and Nutella then this one is going to be one that you’ll want to check out!

This counts as breakfast right? pic.twitter.com/hfHPI1ptAN

We thought that the pastry itself was very fresh and that chocolate-hazelnut filling was just like we remembered it from the traditional tart you can find here — heavy on the chocolate with a hint of hazelnut, much like Nutella itself! Plus, some of our favorite bites were the ones that included bits of the candy corn on top, as it added a unique flavor to the tart (though they’re easy to pick off if you don’t like them). 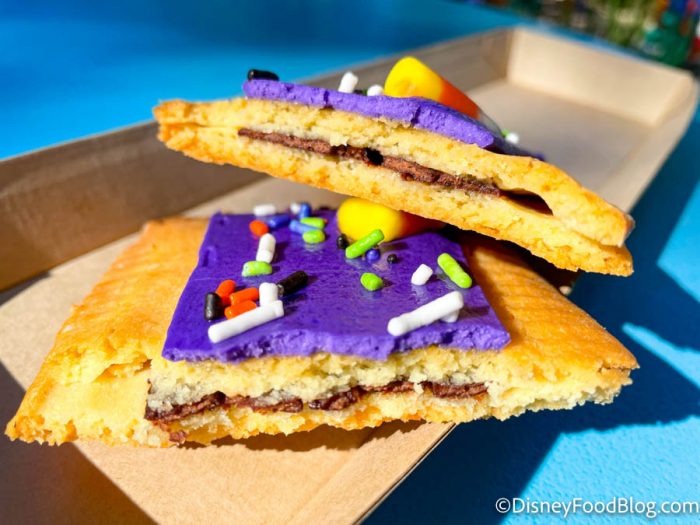 Nothing too new here

The only thing we really want more of in this treat? That filling! We always think that these tarts could be filled with a little more of the goodness inside, but that doesn’t mean that it’s any less tasty. So, if the words Nutella and Candy Corn make you (or your kids) come running, then be sure to put in your mobile order at Woody’s Lunch Box! But, if you’re not a big fan of chocolate or have a nut allergy, then this is going to be one to skip on your next trip.

Of course, we have a TON of other Halloween treat reviews coming to you soon, so stay tuned to DFB for more!

Click here to see ALL of the Halloween treats coming to Disney World!

Which flavor Lunch Box Tart is your favorite? Let us know in the comments!