Can you believe that Disney World’s 50th Anniversary is JUST around the corner? 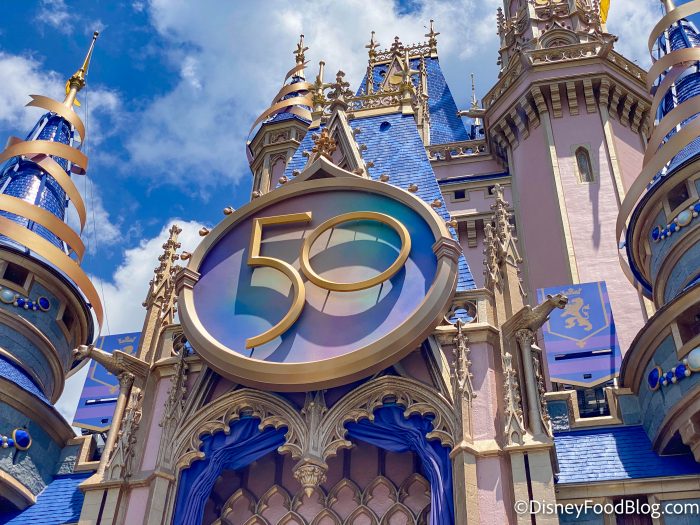 There is SO much to look forward to on October 1st — Remy’s Ratatouille Adventure and La Creperie de Paris are officially opening, Harmonious and Disney Enchantment firework shows are debuting, 50 gold character statues will be revealed, and Mickey and friends will sport new EAR-idescent outfits! We’ve already seen a first look at some of the 50th Anniversary merch, but SOME of it has officially arrived online!

Time to celebrate — shopDisney just released some of the 50th Anniversary merchandise online!

The new Walt Disney World 50th Anniversary Countdown Poster is filled with gold foil details! You can commemorate the exciting upcoming anniversary with this poster for $49.99 on shopDisney! UPDATE: This item is currently sold out online. 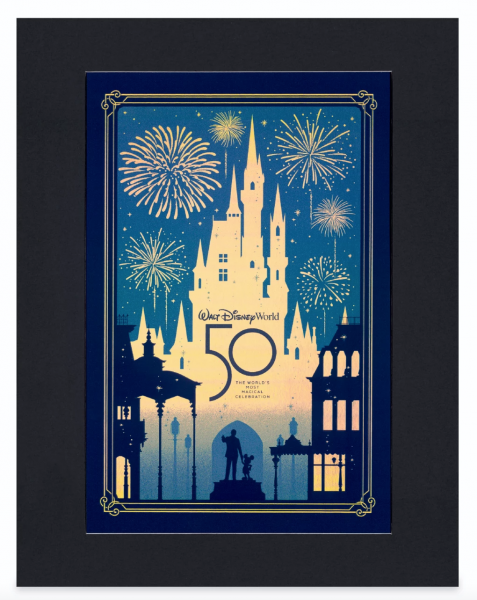 We love the iconic Partners Statue and Cinderella Castle silhouettes shown on this Disney art! 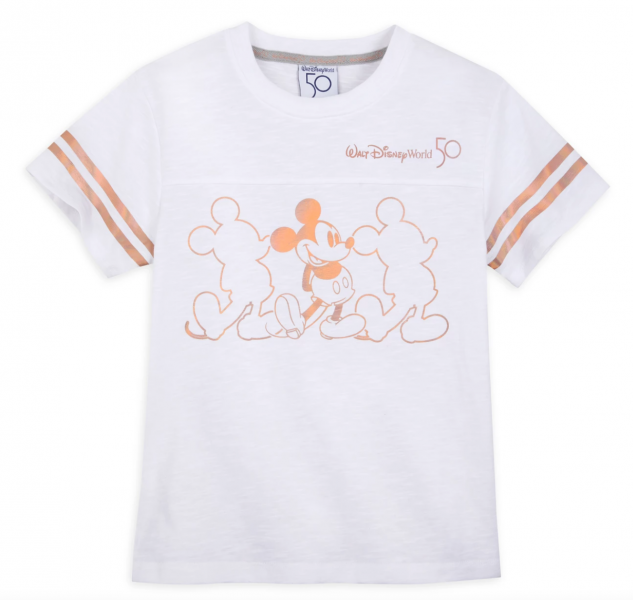 You can buy this kids football t-shirt online now for $24.99!

The classic Mickey Mouse (in his signature pose) stands behind the 50th Anniversary logo on this new ringer t-shirt for adults! UPDATE: This item is currently sold out online. 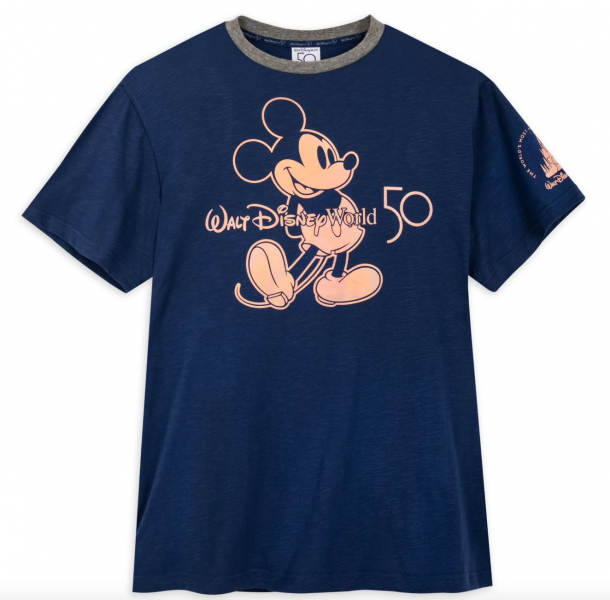 The shirt has some additional text on the sleeve that reads, “‘The World’s Most Magical Celebration!” Find this shirt on shopDisney now for $32.99.

New Spirit Jersey alert! This one is special not just because it’s celebrating the 50th Anniversary, but also because there are little golden flecks and metallic puff art featured on the shirt! UPDATE: This item is currently sold out of S-XXL online. 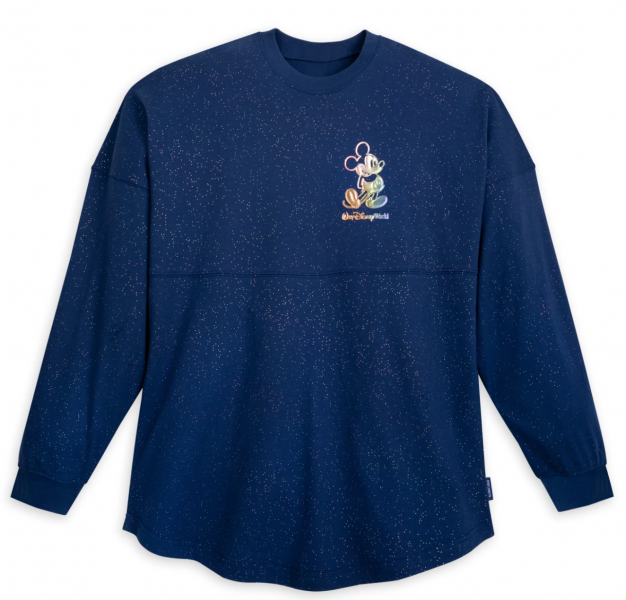 Finally, for our button-down fans, there’s a new woven camp shirt filled with 50th Anniversary icons! We love that shade of royal blue, especially with the iridescent accents! UPDATE: This item is currently sold out of S-M and XL-XXXL online. 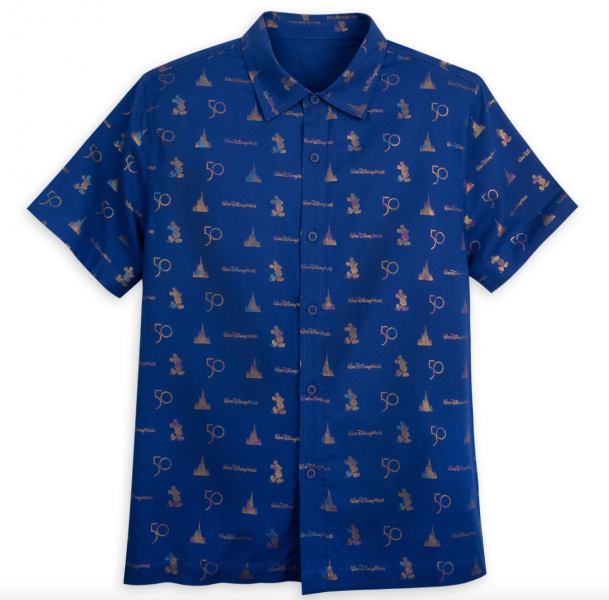 The Walt Disney World 50th Anniversary Woven Shirt for Adults is available for $64.99!

That’s all the 50th Anniversary merchandise we found today, but stay tuned to DFB; we’re always on the lookout for new Disney items, sales, giveaways, and more!

Check out a first look at the REST of Disney World’s 50th Anniversary merchandise!

What is your favorite thing from the 5oth anniversary merchandise collection? Let us know in the comments!

« Which Disney Remakes are YOU Looking to See Most?!
PHOTOS: The First 50th Anniversary Collection Has Arrived in Disney World! »