We’ve been seeing all kinds of Halloween merchandise in the Disney parks lately, including some really cute Halloween Minnie Ears. 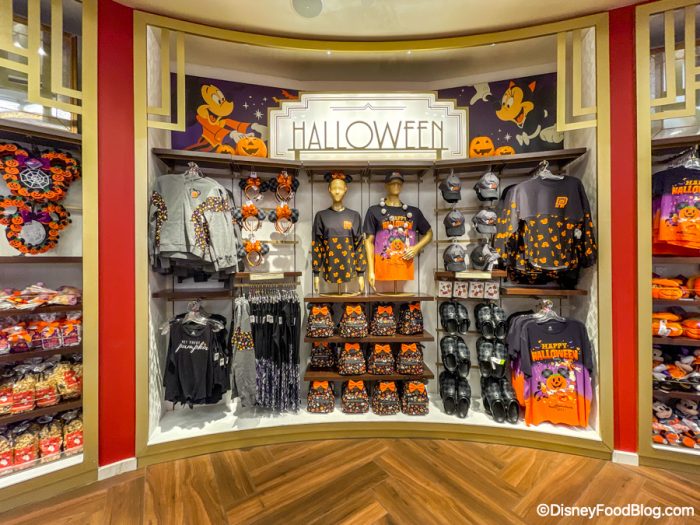 But what if you can’t get into the parks to grab your favorite pair of Halloween Minnie ears? Or maybe you just want some more options than what you’re seeing on the shelves? Never fear — we’ve got a list for you of all the Disney Halloween Ears that you can get online now!

There are plenty of options to choose from with Disney Halloween ears, ranging from candy-themed to downright spooky. Let’s see some of the best options out there.

The first set of ears are practically a Halloween costume on their own — the Minnie Mouse Witch Ears! The ears themselves are black and sparkly, with purple LED lights. And, in the center is Minnie’s purple witch’s hat, complete with an orange bow and ruffles. 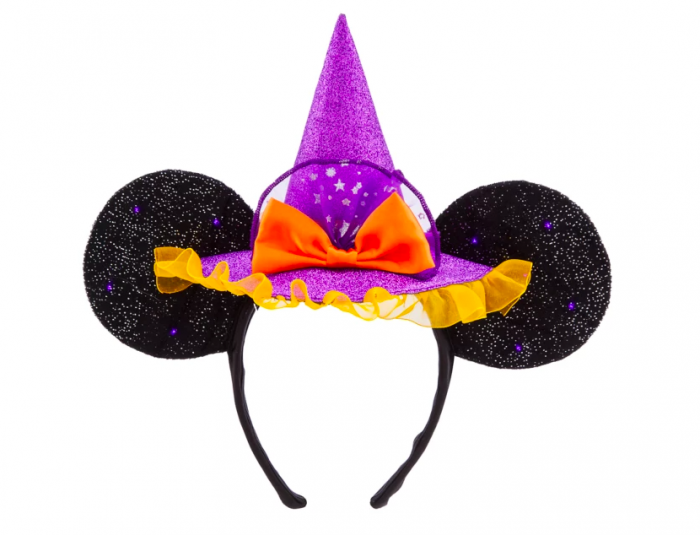 The fabric for the ears and headband is satin, with a non-slip liner inside. You can get them for $27.99 on shopDisney.

And, if you’re looking for something a bit simpler, there’s also the Mickey Mouse Jack-o’-Lantern Ears! These are pretty similar to Disney’s previous jack-o’-lantern ears, but at this point walking around Disney with two Mickey pumpkins on your head has become a classic holiday activity. 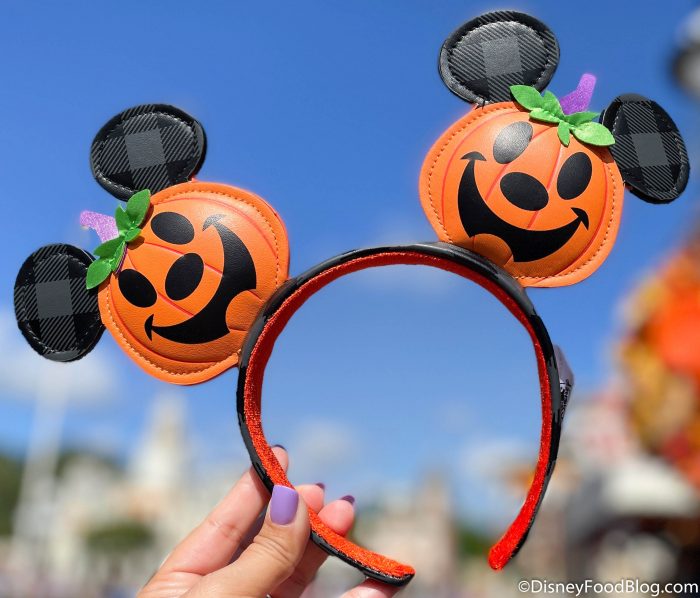 We spotted this next pair in Disneyland originally, but now they’ve made their way online too! The Mickey Mouse Halloween Balloon Ears are translucent with orange Mickey balloon shapes inside and on the outside, there’s a silhouette of Mickey trick-or-treating. 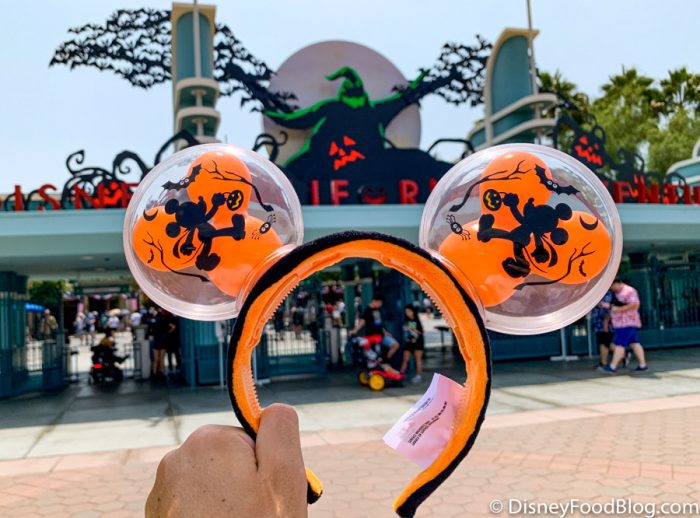 The balloons will light up when you hit the button inside the headband. Plus, the outside of the headband is black felt with “BOO!” embroidered on the side. 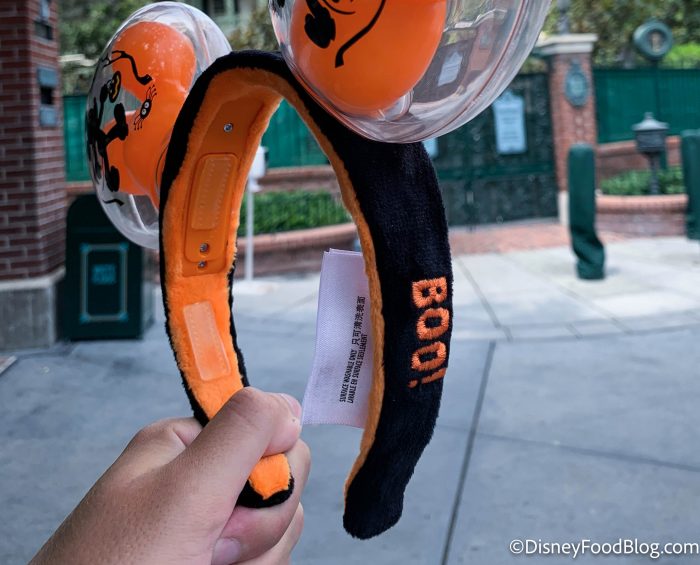 You can get these Halloween balloon beauties from shopDisney for $29.99!

There’s also the Spooky Candy Corn Minnie Ears which have a pattern of Mickey and Minnie pumpkins, ghosts, and bats! The bow has candy corn stripes, which match the candy corn that’s sprinkled around on the ears. 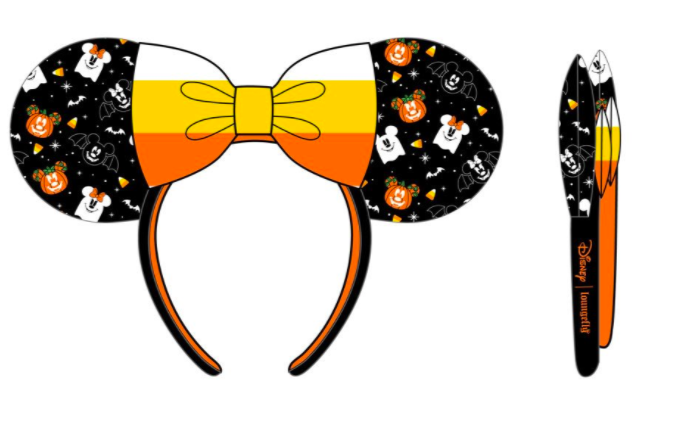 The ears, headband, and bow are made with faux leather. You can pre-order these now from Entertainment Earth for $30, and they’ll be released this September. 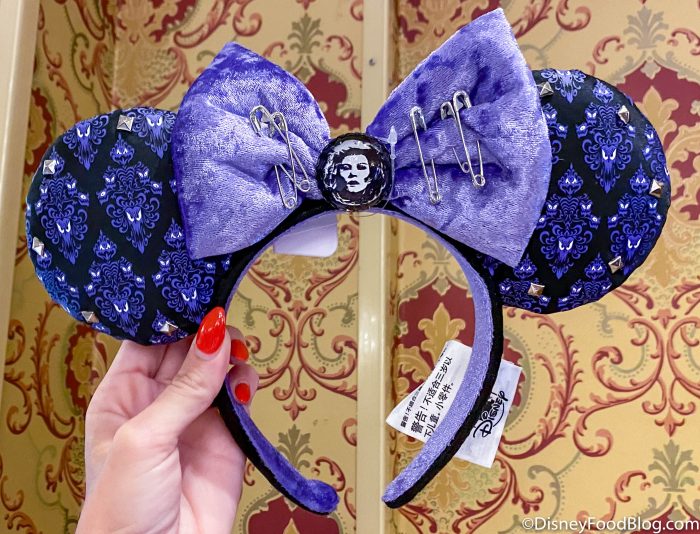 On the back, there’s a skeleton with the words “Foolish Mortal.” 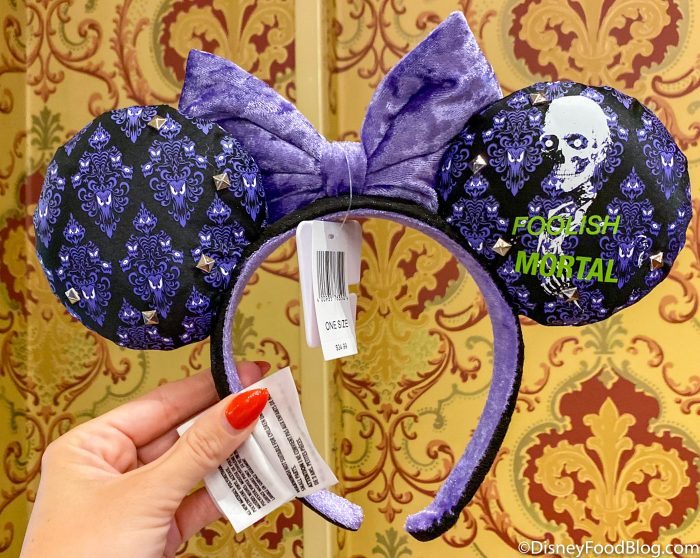 Back of the Ears

And, on the sides, there’s embroidery with “The Haunted Mansion” on one side and “Her Universe” on the other. 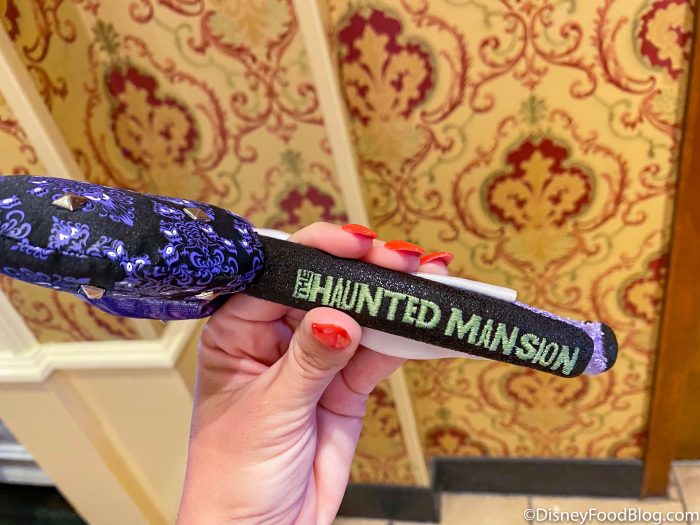 You can get these ears for $34.99 from shopDisney now!

That wraps up our list for all the Disney Halloween Mickey ears you can get online for this spooky season! Keep following DFB for more news about Disney Halloween merchandise, both online and in the parks.

Which Halloween ears are you going to order? Tell us in the comments!

« DFB Video: The Disney World Hotel Secret That Could Save You Hundreds
MENU Announced for La Creperie de Paris Opening Soon in EPCOT »