We’ve been seeing lots of changes in the Disney Parks recently as they get ready for the 50th Anniversary celebrations. 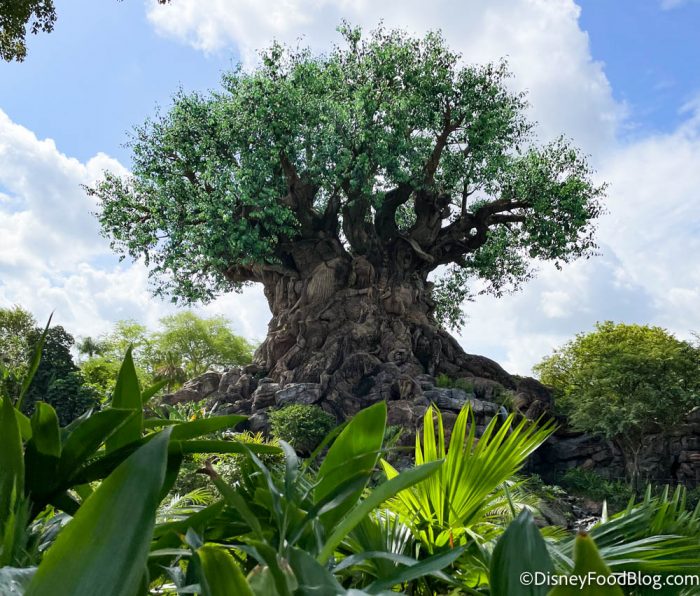 Today, we’re stopping by Disney’s Animal Kingdom to see if we can find any new food updates, construction projects, and merchandise!

First, let’s check out the news about our favorite Disney World thing — food!

We’ve been keeping an eye on the Kusafiri Coffee Shop and Bakery for a while now, since it was supposed to open on August 29th. 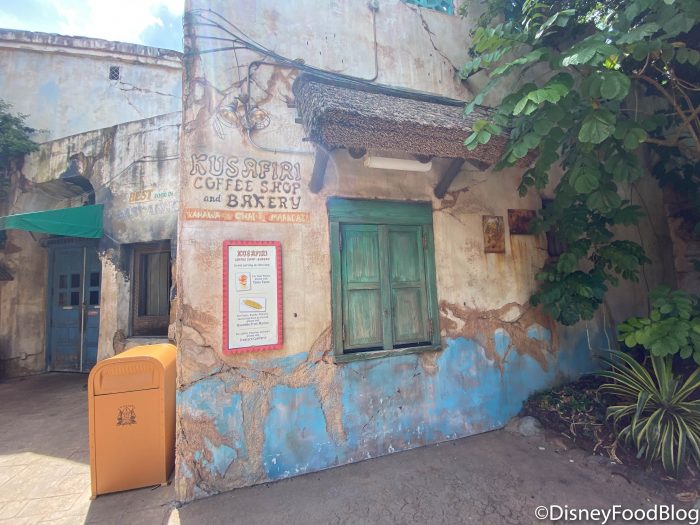 But we did see the spot open until earlier this week. 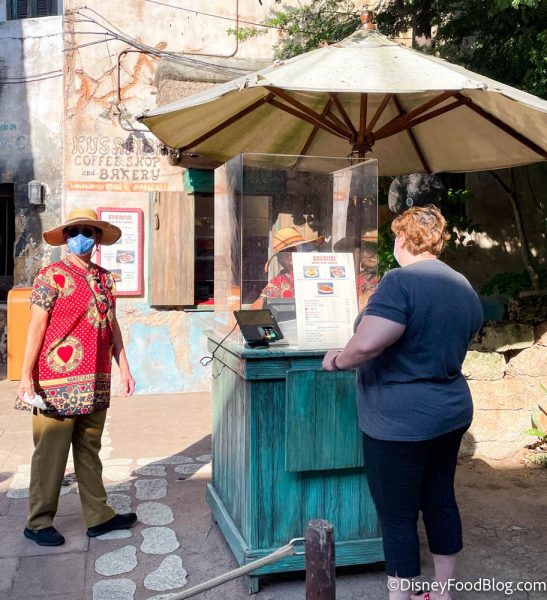 Kusafiri was serving breakfast pastries similar to the ones it served before closing. If you’re in the mood for a good pastry, you can find Kusafiri near the Kilimanjaro Safari ride in the Africa section of Animal Kingdom. 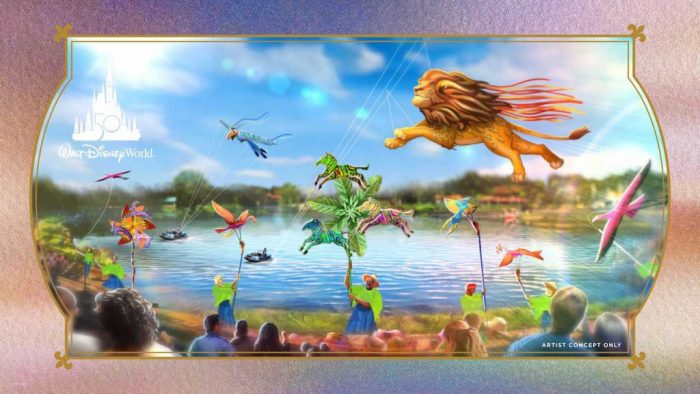 In preparation for the show, Cast Members have been building some structures on a raft in the Discovery River Lagoon near the Expedition Everest ride. We took a look today to see how the construction is coming along.

There are more metal beams on the raft now, which are starting to form some different shapes and structures. 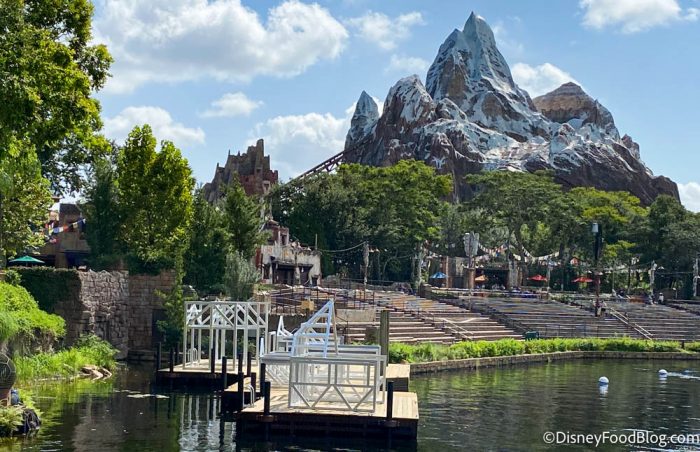 We can’t wait to see what these structures turn out to be in the show!

We’ve got some great Halloween merchandise to show you! There were FIVE new pins at the Discovery Trading Gift Shop, all with a Tim Burton’s The Nightmare Before Christmas theme. 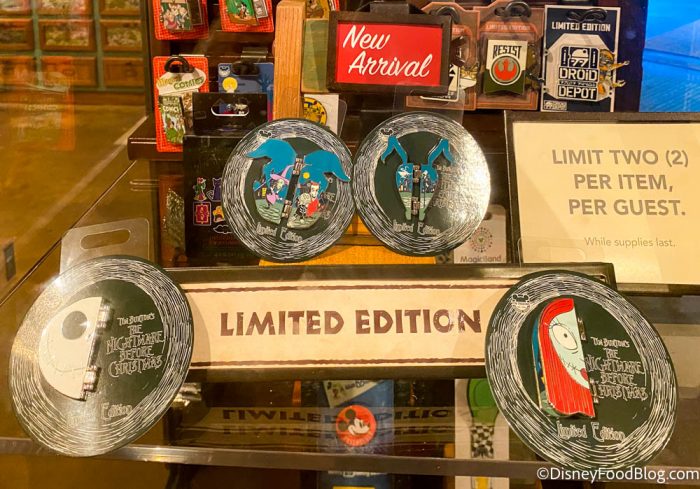 Four of the pins were hinged pictures of characters, which opened to reveal a scene from the movie. There was one for Jack Skellington… 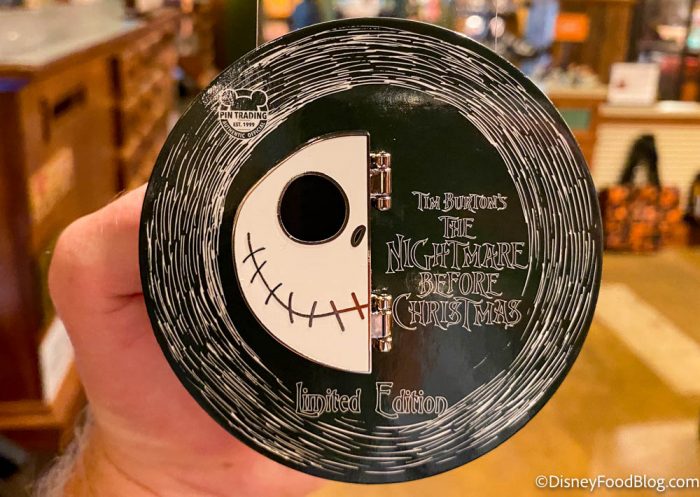 ..which showed a scene with the Halloween Town mayor on the inside. 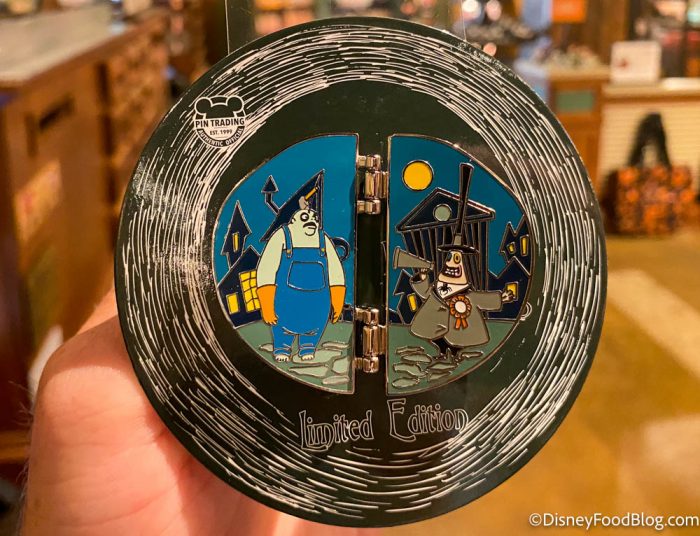 There was another for Sally… 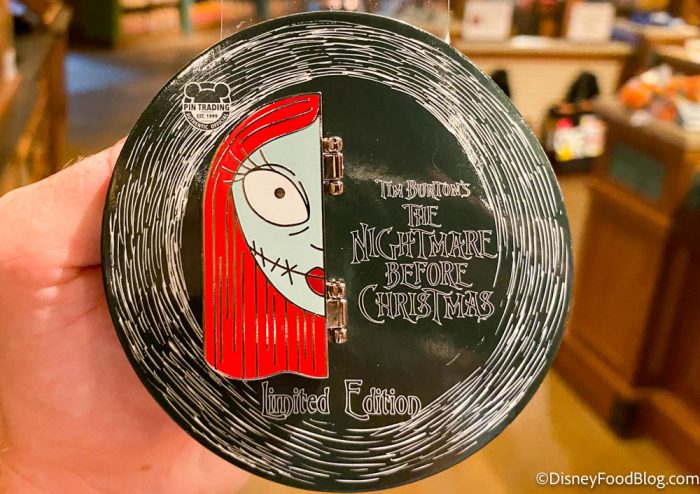 …with a picture of her and Jack together inside. 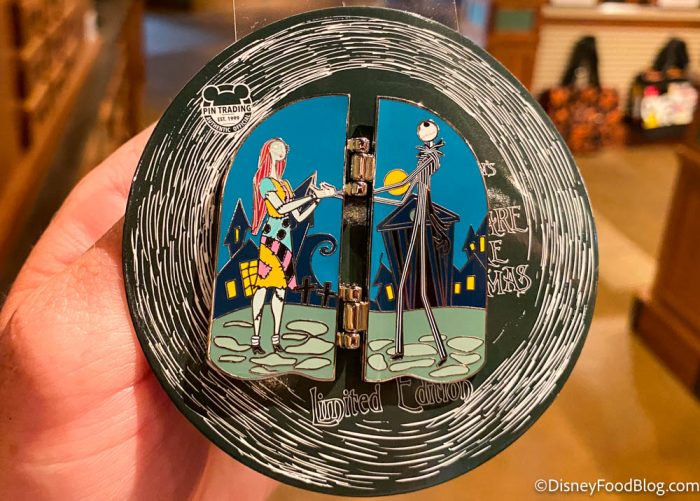 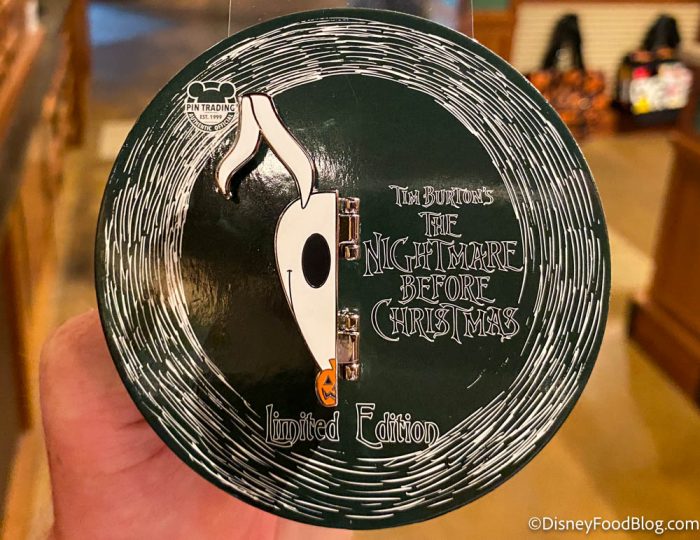 …who had a picture of him with Jack as well. 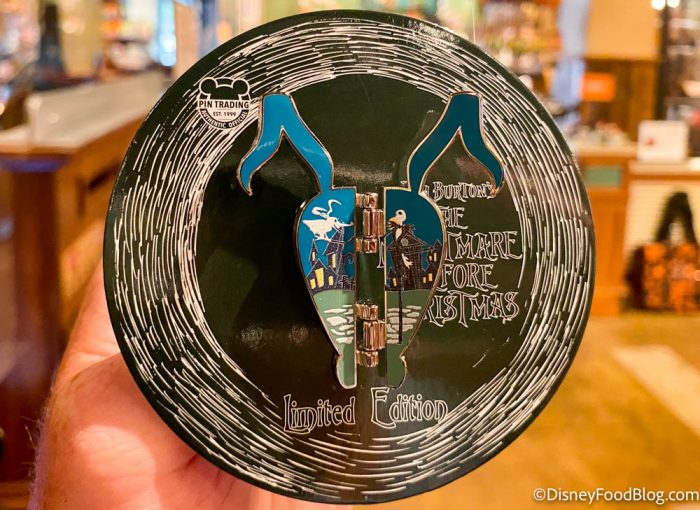 And the last pin was the terrifying Oogie Boogie… 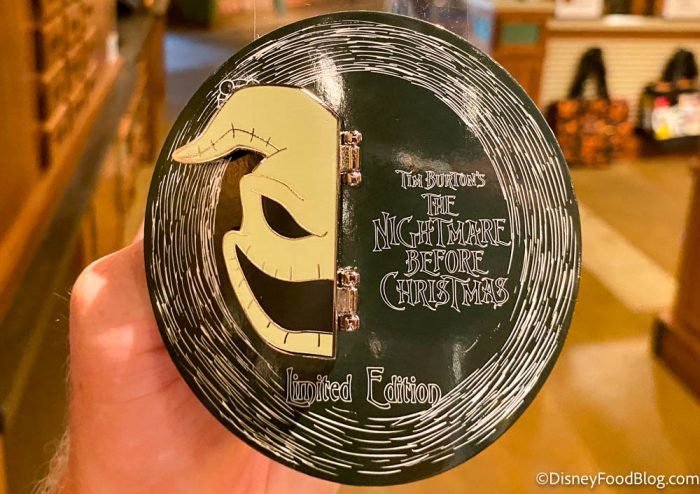 …with Lock, Shock, and Barrel hiding inside! 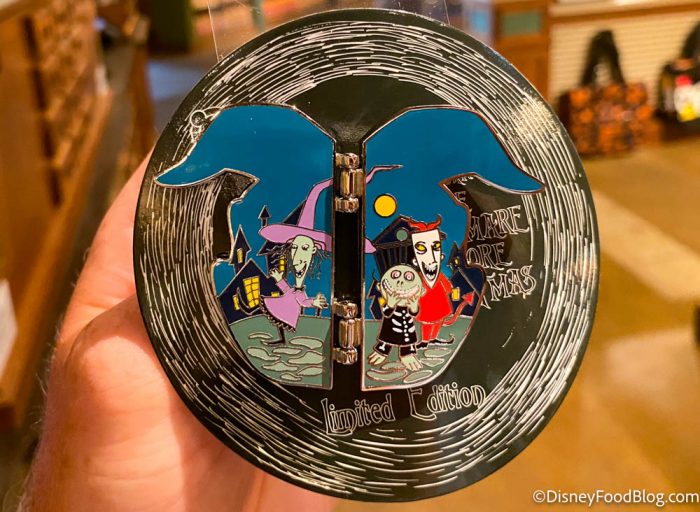 The last new pin we found also has a Nightmare Before Christmas theme, with Jack Skellington in front and Sally hiding behind a gravestone, peeking out at him. 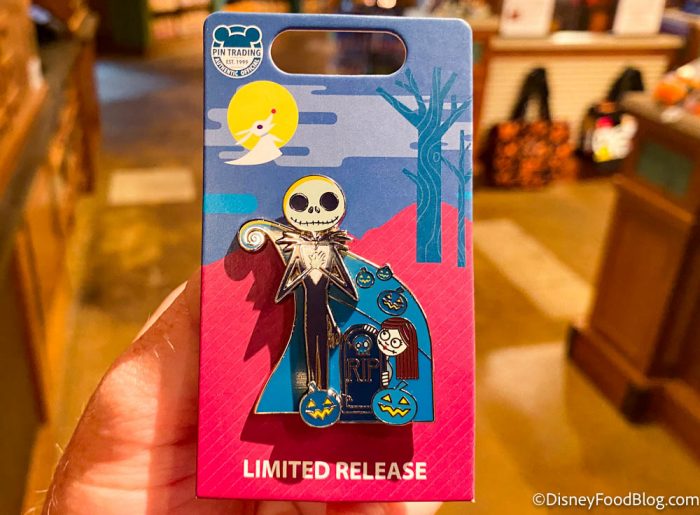 All five of these pins are limited edition, and they’re $19.99 each. You can get them at Discovery Trading in Animal Kingdom! But we’re not done with the spooky merchandise just yet.

The Jack is BACK tumbler is actually back thanks to a big restock in Discovery Trading. The cup is silver, with Jack’s head surrounded by a spiderweb on the front and the words “Jack is Back” written on the back in the Nightmare Before Christmas font. 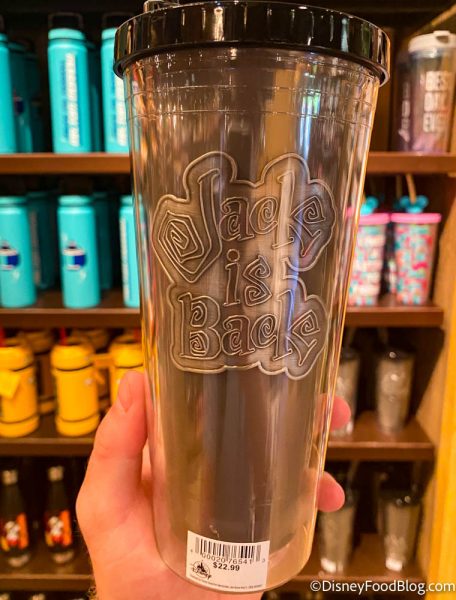 Back of the tumbler

Finally, we took a look at the crowds and wait times around Animal Kingdom as well. In the morning, there were a lot of people heading to the Flight of Passage ride in Pandora — the line stretched back to the Festival of the Lion King in Africa! 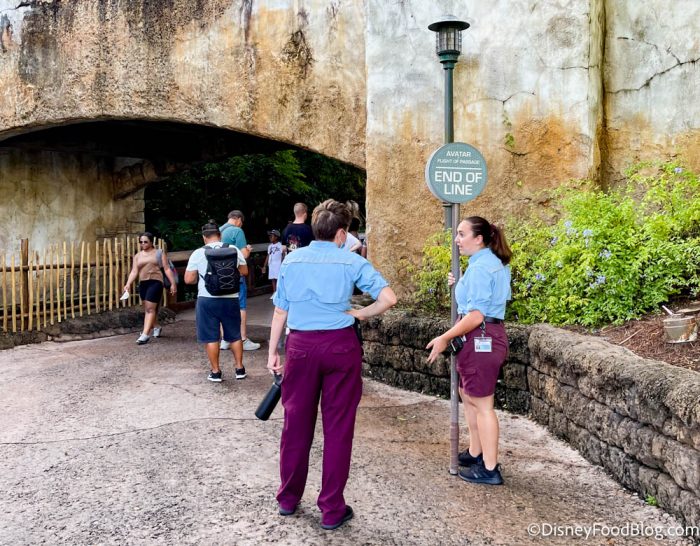 But later in the day, we saw lower crowds, and the wait time for Flight of Passage was only 25 minutes. 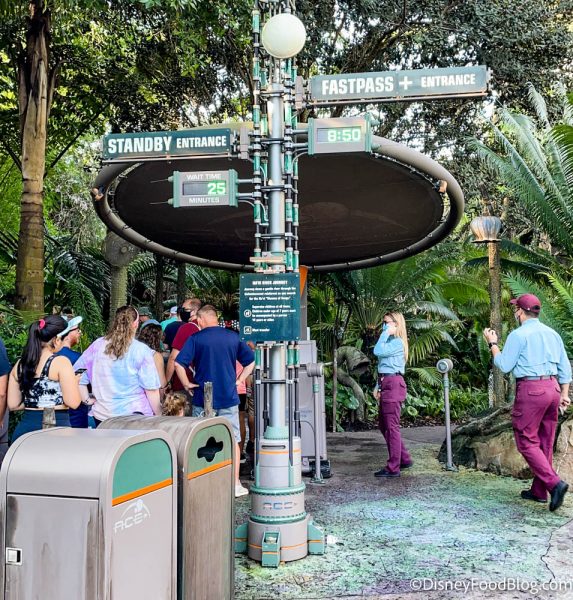 Wait times were similarly low over at Kali River Rapids, which had a 25-minute wait as well. 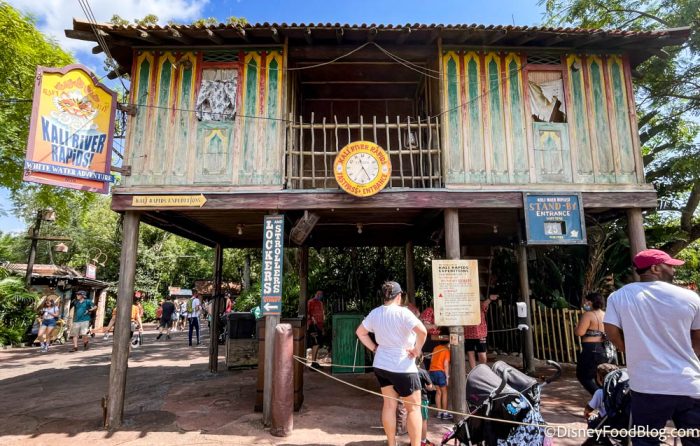 Even though it looked more crowded than we’ve been seeing the past couple of weeks, wait times around the park were fairly low in general. 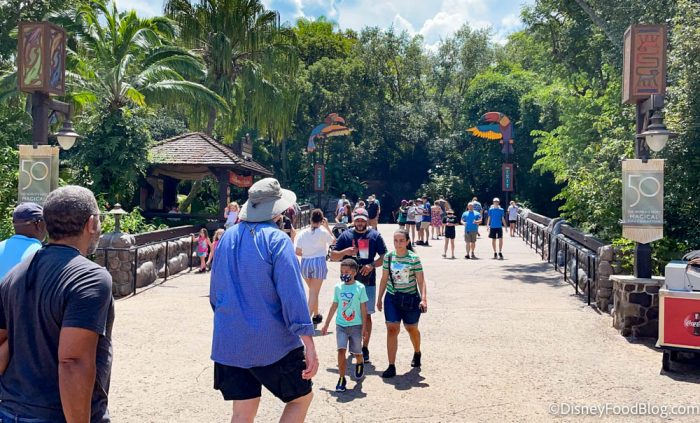 That’s it for our Animal Kingdom update! Keep following DFB for more news about what’s going on in the Disney parks.

What’s your favorite part of Disney’s Animal Kingdom? Let us know in the comments!