Story Book Dining at Artist Point is reopening in Disney World soon, and with its reopening comes a revamped prix fixe menu with some changes. Let’s take a look!

Story Book Dining at Artist Point. located in Disney’s Wilderness Lodge, is a fan-favorite character dining post, with diners receiving visits from characters like Snow White, the Dwarfs, and even the Evil Queen sometimes. It will reopen for dinner on December 16th with modified character interactions. 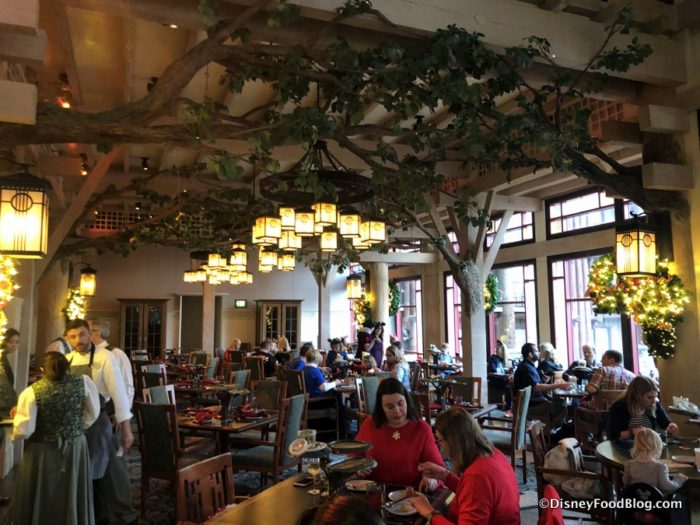 When it comes to the prix fixe menu, guests will be able to choose from shared appetizers, one entree, and shared desserts. Disney has not yet updated the pricing for this menu but we’ll be watching closely for an update! 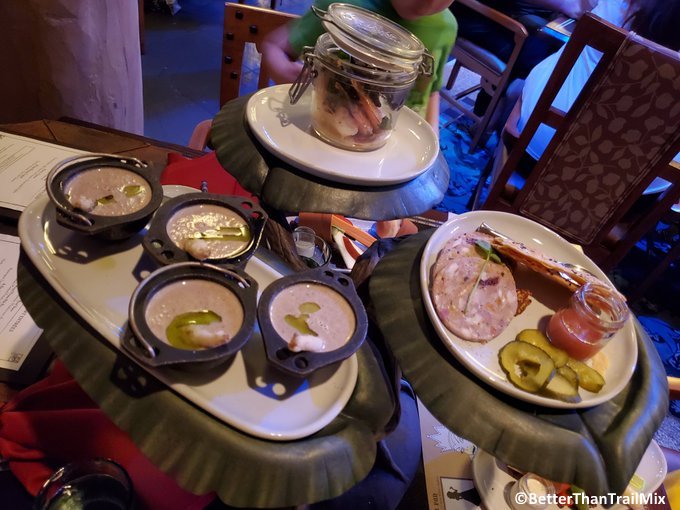 As for the menu changes, Disney hasn’t made a TON of changes. With the shared appetizers, the Wicked Shrimp Cocktail and the Mushroom Bisque are returning, but the bisque is now called “Wild Mushroom Bisque.”

The biggest change was made to the Hunter’s Terrine dish, which has now been changed to Hunter’s Pie and will be made with turkey, chicken, black truffle, cranberry preserve, and crispy sauerkraut. 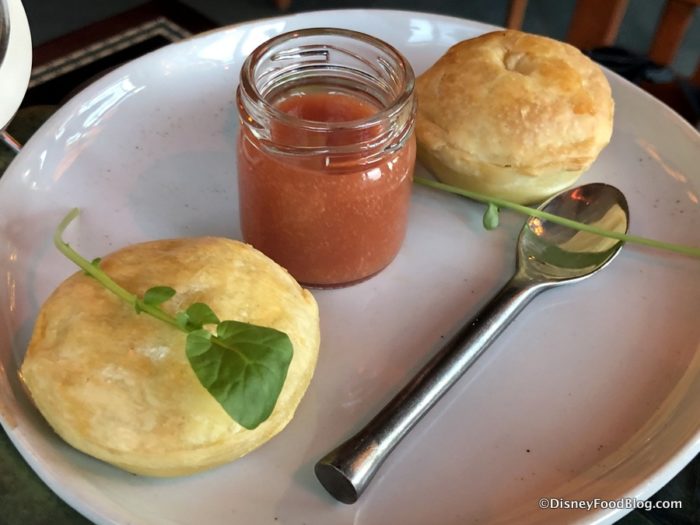 With the entrees, the Royal Prime Rib Roast and A Stroll Through Nature are returning, but the “Cottage” Beef Stew has been renamed as “Cottage” Beef Stroganoff, though the dish’s ingredients seem to remain unchanged. 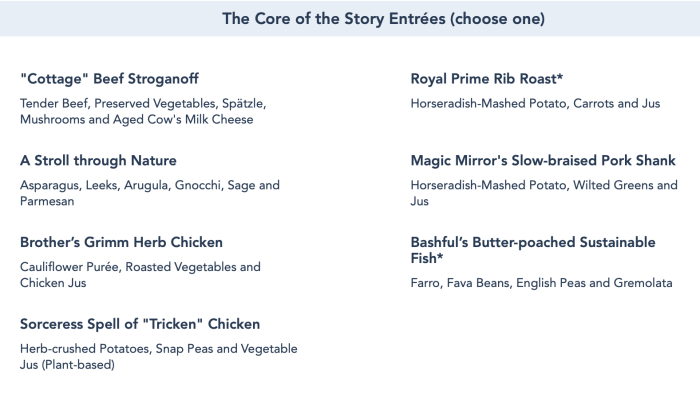 The Magic Mirror’s Slow-braised Pork Shank has also swapped out celery root mashed potato with horseradish-mashed potato, along with wilted greens, and jus. The Sorceress Spell of Land and Sea was removed from the menu entirely. 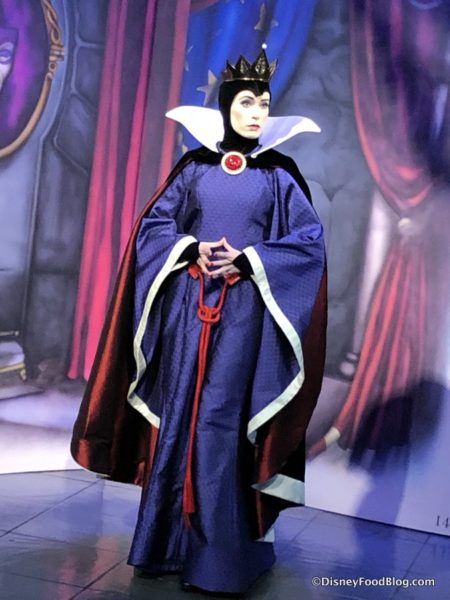 For dessert, diners get to try four different sweet dishes, and Disney has made one change to these treats. Fairy Tale Gooseberry Tart, “Poison” Apple, and The Hunger’s Gift to the Queen are returning, but the Miner’s Treasures ingredients have been changed to cookies ’n cream panna cotta and chocolate gems, as opposed to its previous recipe including sponge cake, chocolate gems, and berry panna cotta.

The kids’ menu has not changed, but the drink menus have had a few updates! The non-alcoholic Wishing Apple Punch has dropped in price from $7 to $5, but it will no longer include a Souvenir Glow Cube. Now, the Glow Cube may be purchased for an additional $3.79.

The Antidote has lowered in price from $14 to $13, The Smoking Mirror has increased in price from $13 to $14, and Jai Alai IPA will now cost $9.75. A Brew of Peaches will now be made with Jim Beam Black Extra-aged Bourbon instead of Buffalo Trace bourbon, and Alchemy will be made with Tanqueray Gin, as opposed to Uncle Val’s Gin.

And those are all the changes on the Story Book Dining menu! We’ll be watching out for Disney to announce pricing soon, so stay tuned to DFB for more Disney World dining news!

Check out our Story Book Dining at Artist Point review!

Are you excited for Storybook Dining to reopen? Tell us in the comments!

« Price Increases, New Additions, and More Menu Changes Coming to Boatwright’s in Disney World
Do YOU Qualify To Get a FREE Disney Item With Your Special Purchase? »