Got a bunch of streaming services you turn to after a long day at work? Maybe you prop up your feet on that recliner and log in to your Netflix account, or your Disney+, Hulu, HBO Max, or other streaming service.

While Disney+ has definitely been focused on achieving its subscriber goal and has been working steadily toward it, one streaming service recently saw a huge decline.

According to Bloomberg, Netflix lost 200,000 subscribers in the first quarter. This marks the first time that Netflix has lost subscribers since 2011. (Specifically, Deadline notes that the global subscriber numbers for Netflix dropped by 200,000 compared to how Netflix ended 2021.)

And the loses aren’t over. Netflix has actually noted that it expects to lose another 2 million customers in the second quarter. This would actually set Netflix up for its “worst year ever as a public company.” (Bloomberg) 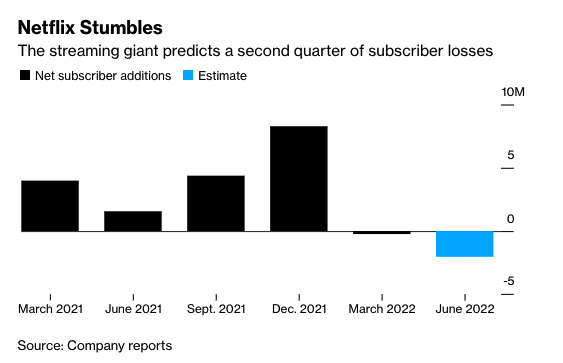 This loss of subscribers has already had a huge impact on Netflix’s stock. Analysts had been “bracing” for a report that indicated Netflix had a sluggish start to the year, but some still expected Netflix to add about 2.5 million customers. Now that this simply isn’t the case, the shares (which were already down about 40%) have dropped significantly. (Bloomberg) 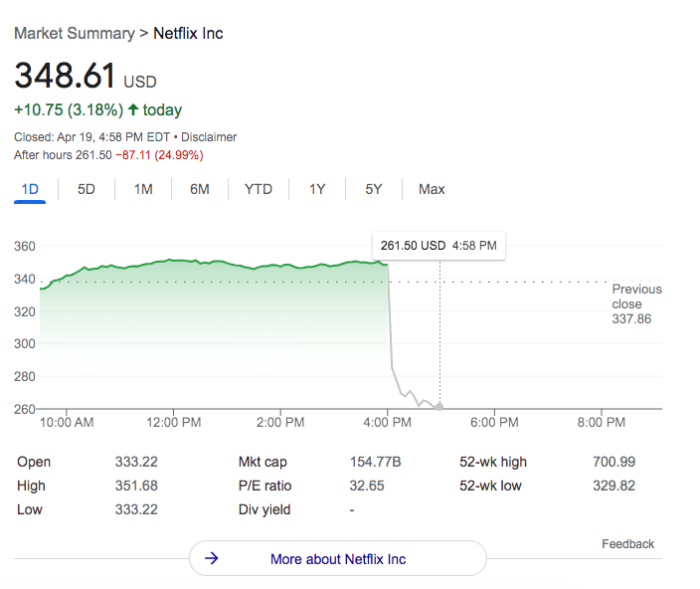 So, here’s the million dollar question — WHY have subscriber numbers dropped? Netflix’s management has pointed to a number of factors. Some of these include how many individuals share Netflix passwords along with growing competition. (Bloomberg)

In terms of sharing passwords, Netflix noted that there are 100 million households that actually use the service but don’t pay for it. (Bloomberg) Netflix is well aware of this problem and is actually trying to tackle it by testing a system that would charge individuals to share their Netflix accounts with individuals outside of their household, for an extra fee. 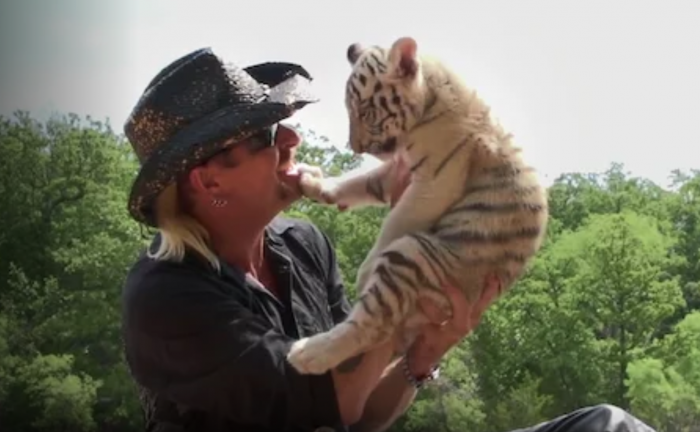 In a letter to shareholders, Netflix said, “Our relatively high household penetration — when including the large number of households sharing accounts — combined with competition, is creating revenue growth headwinds.” (Bloomberg)

Netflix also blamed some of the subscriber loss on a price increase. (Bloomberg) As Deadline reports, “Earlier this year, [Netflix] phased in the latest price hike, making its most popular subscription tier, at $15.49, the most expensive in the market.”

Additionally, Netflix pulled its service in Russia due to Russia’s invasion of Ukraine, which has cost them more subscribers. (Bloomberg) 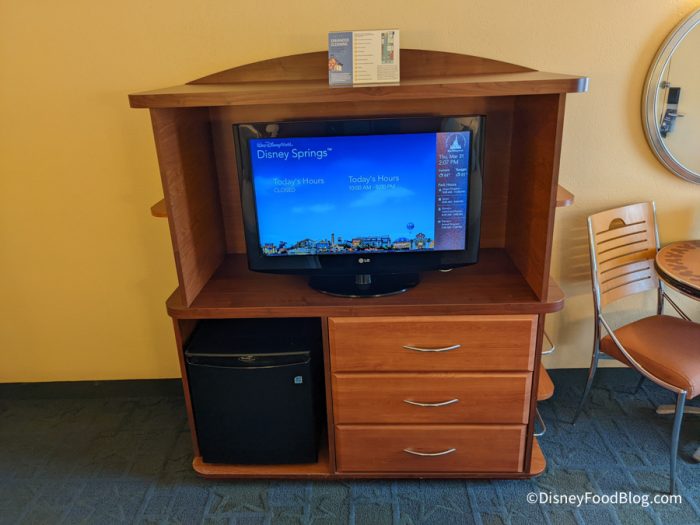 Beyond an impact on Netflix’s own stock, Netflix’s issues could cause problems for other streaming companies. Bloomberg notes that these troubles could cause investors to “question whether the later-arriving media companies will sign up enough customers to justify all the money they are spending on fresh programming.” (Bloomberg)

For example, Disney stock has fallen from around $131.91 to $124.98 after hours. Bloomberg reports that Warner Bros. Discovery Inc. (owner of HBO Max) also saw a decline in their stock. 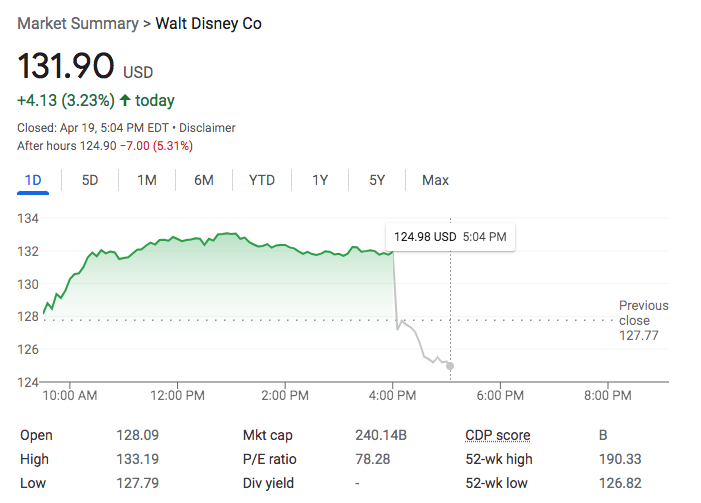 Netflix’s current CEOs have reportedly dismissed Netflix’s slower customer growth as just a “speed bump related to the pandemic.” According to the CEOs, the pandemic provided them with a big boost and accelerated their growth. (Bloomberg)

Netflix continues to be the largest streaming service in the world. But what is the game plan moving forward? Netflix believes that it can get more subscribers by releasing “better programs and finding more ways to charge its existing user base.”  (Bloomberg) 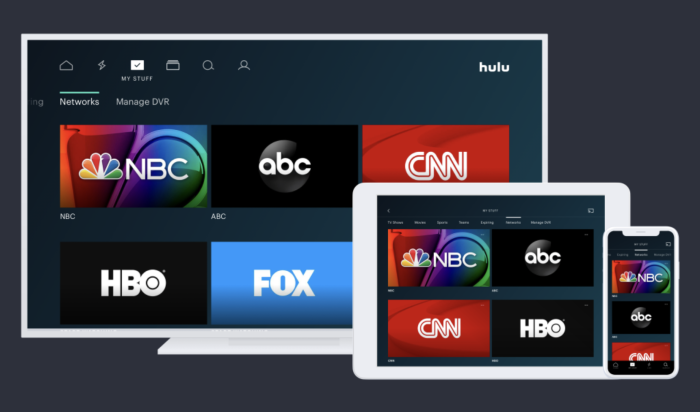 According to Deadline, Netflix’s current subscriber count is 221.64 million around the world. 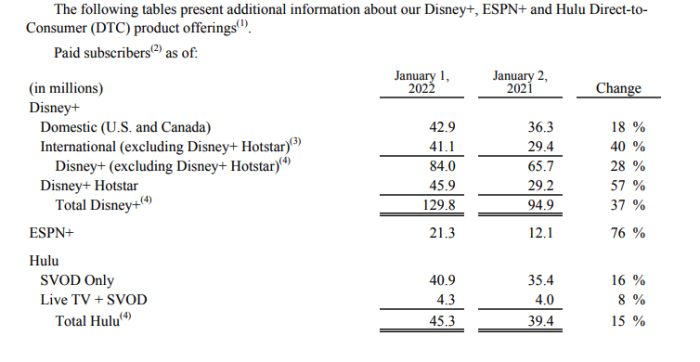 We’ll continue to keep an eye out for more details about subscriber growth, particularly as it relates to Disney+ and the Walt Disney Company’s goals. Be sure to check back with us for more information.

Click here to see everything coming to Disney+ in May!

Are you a Netflix subscriber? Tell us in the comments.