We love the food at Disney World! From seasonal cocktails to fancy new treats to tried-and-true theme park favorites, Disney food is often over-the-top in its flavor combos and visual appeal. 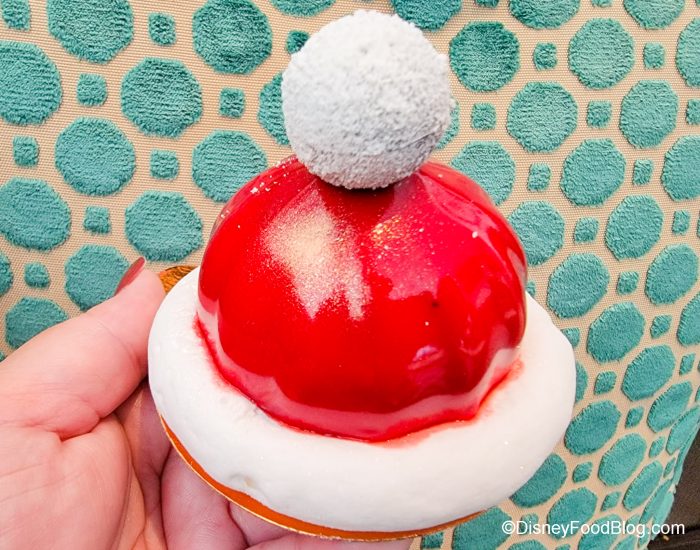 The culinary staff at Disney World is super creative for sure, but they are also following some formulas that all theme parks use to keep you spending on food and drink in the parks.

We heard from some culinary experts at the International Association of Amusement Parks and Attractions convention recently in Orlando, and learned why Disney World comes up with such creative things on its menus. (And hint: It’s usually to make money!)

Disney is known for some unusual flavor mash-ups — Fluffernutter Churros, anyone? How about a Philly Cheesesteak Spring Roll? Mashing up different foods is a time-honored theme park food technique. “Take all of the menu items you can think of, put ’em all in a hat, pull two and combine it,” said Jeff Whiting of Whiting’s Foods at the Santa Cruz Beach Boardwalk. 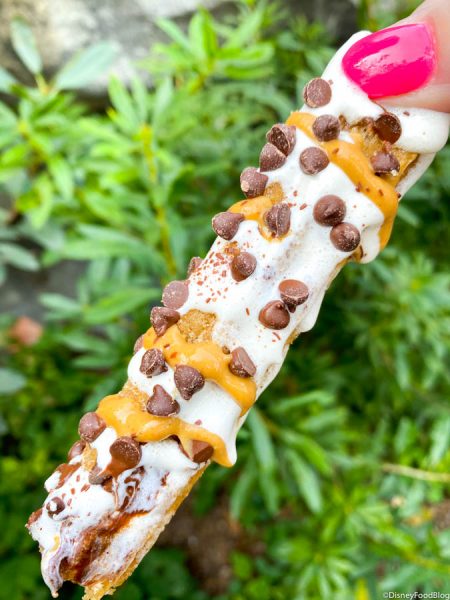 One of the finalists in this year’s IAAPA food and beverage awards was the “Nachurros” served at Six Flags Over Georgia. This food mash-up had fried flour tortillas coated in cinnamon sugar as the “chips,” topped with chocolate and caramel sauces and whipped cream.

Whiting said food mash-ups get people intrigued, and they are often made with ingredients the theme park already stocks for other food items.

9 of the Best Snacks Under $10 in Disney Springs

From those Seven Dwarf Specialty Cones to that Mr. Toad Burger to the classic Mickey Ice Cream Bar, Disney’s intellectual property (aka those many famous characters they own) are all over Disney’s food. And there’s one good reason for that: It can’t be copied. 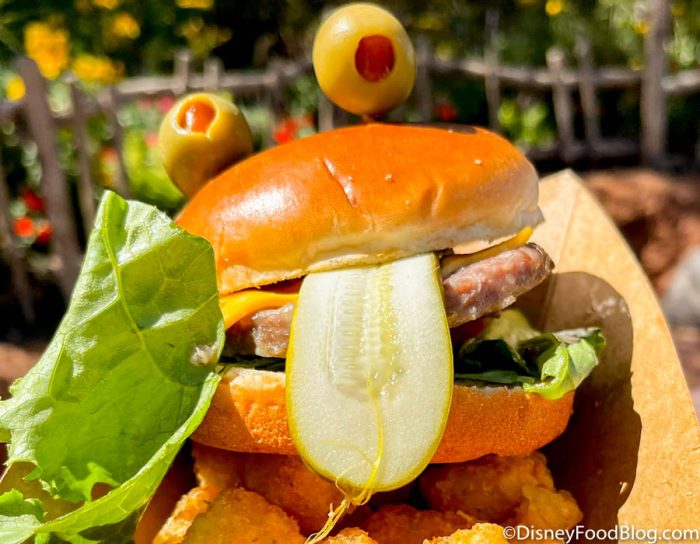 The Telus Spark Science Centre in Calgary, Alberta, Canada, found a way to “brand” its food in 2022, too. Its James Webb Ice Cream is garnished with a hexagon cookie, mimicking the shape of the telescope’s mirror. “We don’t all have telescopes, but we all have something unique to our properties,” Whiting said.

Those cocktails with glow cubes, that violet lemonade, and the blue milk in Disney’s Hollywood Studios certainly make for some unique experiences! They also make Disney a lot of money. Beverages are often a highly profitable category for theme parks. 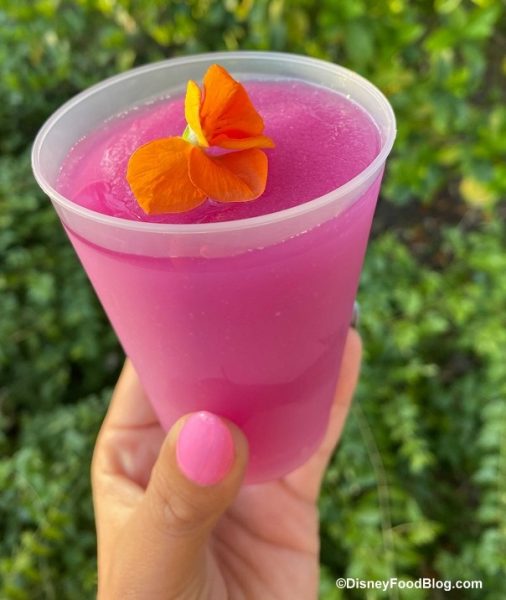 Hersheypark has a huge hit with the Jolly Rancher-flavored Lemonade it sells. It is housemade lemonade with your choice of Jolly Rancher flavor syrups, and the profit margin on it for the park tops 92%. “Lemonade is about as close to printing money as you can get,” Whiting said.

Oh, those souvenir popcorn buckets. They cost anywhere between $13 and $30, and in addition to the fact that they’re a cute souvenir, they come with a discount on refills. That pitch means Disney World sells a LOT of popcorn buckets, and other theme parks make use of the same sales pitch. 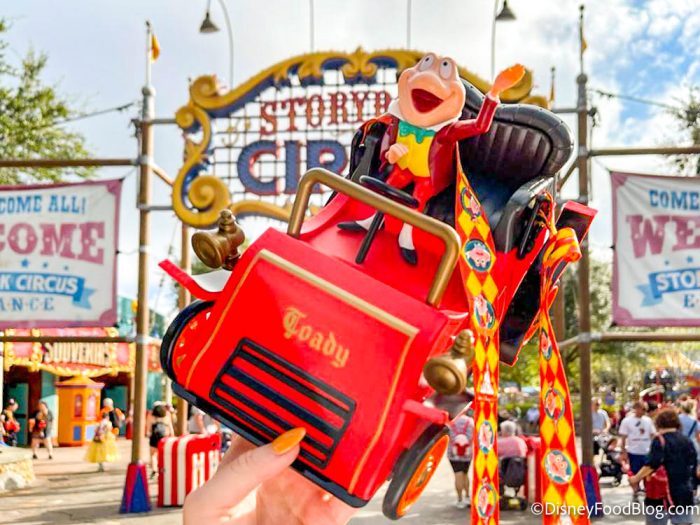 Collectibles that are issued one at a time can drive more frequent visits to theme parks, Whiting said. The San Diego Zoo launched a line of collectible aluminum beer tumblers, and this year, the tumblers were the best-selling item in the entire zoo.

Every Single🍿Popcorn Bucket🍿You Can Get in Disney World Right Now!

You can get a hot dog at most any theme park, right? But right now at Casey’s Corner, you can get the Holiday Dinner Dog — a footlong hot dog topped with cranberry mustard, stuffing funnel cake, and cheese curds. Say what? 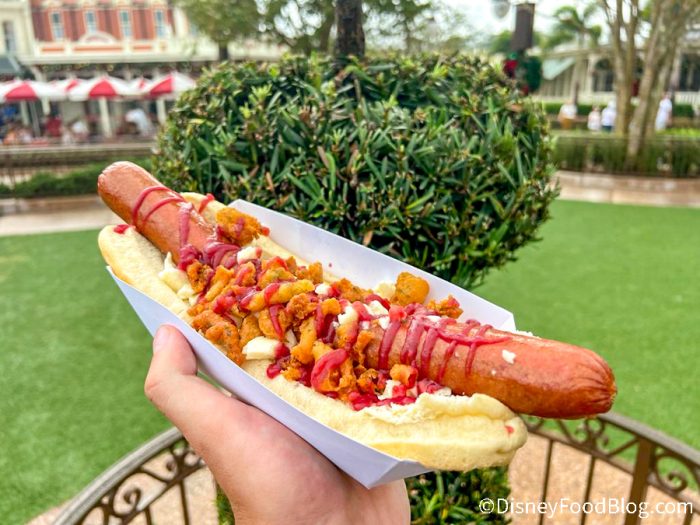 You can get a burger at any theme park, too. But at Belmont Park in San Diego, you can get the Draft South Mission Dirty Double Dipper Burger — two local beef patties topped with cheese and a signature sauce made with local draft beer. “We all do burgers,” Whiting said. “But this is a memorable one. How can you make what you do the best you can make it?”

These are the tricks Disney World — and many other theme parks — use to keep us buying and eating during our park days! Stay tuned to DFB for more Disney food news!

What is your favorite theme park snack? Tell us in the comments!