Aloha! While we love visiting Disney’s Polynesian Village Resort to soak in all the Hawaiian vibes, it’s extra special when we can visit Disney’s resort in Hawaii! 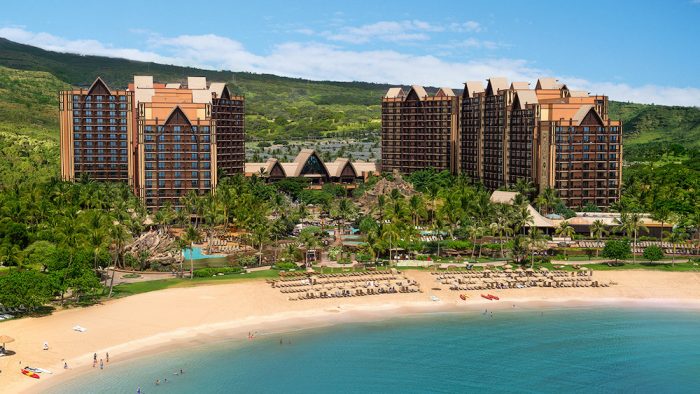 Aulani, A Disney Resort & Spa is Disney’s resort located in Ko Olina, Hawai’i. It began a phased reopening on November 1st, 2020. And, if you’ve been dreaming of a relaxing vacation, Disney is giving away a FREE stay at the Aulani, Disney Vacation Club Villas!

END_OF_DOCUMENT_TOKEN_TO_BE_REPLACED

There are a few new, yet-to-be-named restaurants that we get to start speculating about. These include the two restaurants at Disney’s Aulani Resort and Spa in Hawai’i, and the new quick-service dining location scheduled to open with the upgraded Paddock Pool at Disney’s Saratoga Springs Resort. All are set to open in 2011.

Aulani Restaurants
According to several articles posted about Disney’s new Aulani Resort and Spa in Ko Olina, Oahu, Hawai’i, the resort will have two restaurants. I haven’t found any END_OF_DOCUMENT_TOKEN_TO_BE_REPLACED